Sometimes Hoang just wants to go for a ride. Since gas costs money and it’s really never a good idea to “just drive,” I take the time to plot a route and hit some CTMQ-worthy spots along the way. It had been a while since we drove in a northerly direction, so off we went to North Granby and environs. 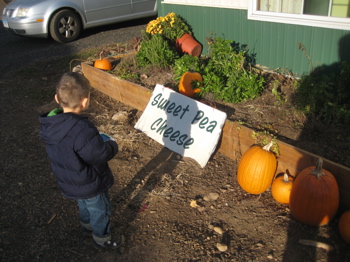 We took in the sites of North Granby – the awesome Granby Oak (CTMQ visits here) and then drove around up into Massachusetts and across the Southwick Jog (CTMQ report on the Jog here – one of the most popular pages on the whole site) and then down and around and ultimately to this place: Sweet Pea Farm at the House of Hayes. 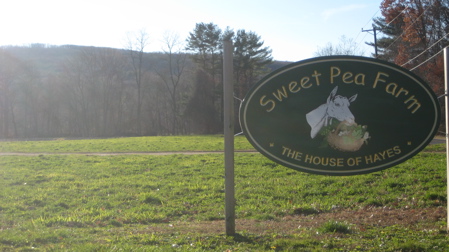 As is typical of such places, we were greeted by roaming chickens in the driveway and saw cows feeding in the nearby barns. The little hut with the cheese for sale was open but untended – again, this is pretty common. Just make sure you have singles and fives with you when you journey along the CTMQ Connecticut Cheese Trail so you can buy stuff and not worry about getting change, because very often you can’t. 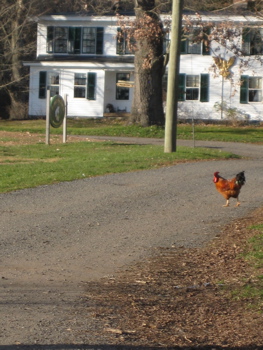 When we visited, Sweet Pea only offered goat cheeses, even though they do sell cow’s milk and yogurts. In my experience, their list of chevres is rivaled in variety only by that of maybe Beltane Farm down in Lebanon (CTMQ Visit here). I can’t remember how many were for sale at the time of our visit, but I do recall having to make a difficult decision. According to their website, they make: Plain, garlic & dill, dill, Garlic oregano, black pepper, cranberry, orange honey and apricot maple chevres. Pretty impressive list! 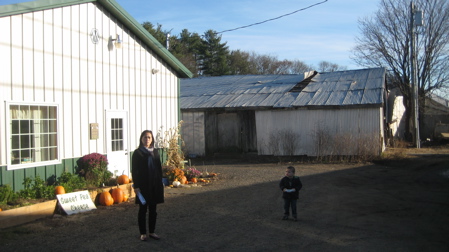 They also make a couple varieties of feta as well.

Of course, they don’t have EVERY variety for sale EVERY day. This is Sweet Pea Cheese, not the supermarket. But they do have a bunch of goat’s milk soaps for sale most likely all the time, if you’re into that sort of thing. 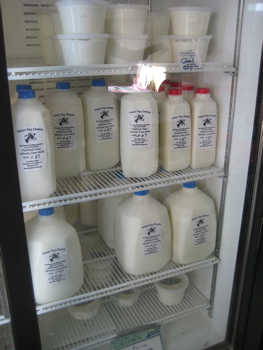 I need to mention that issues of Cook’s Source were available for the taking. Now, you may not remember why this was interesting to me, but back in November of 2010, this junky little free New England magazine was the center of a huge Internet maelstrom. 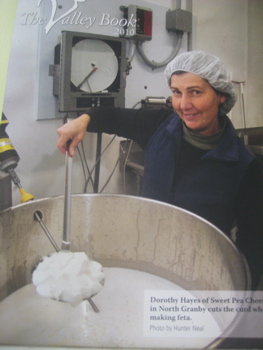 In fact, a quick Google search of “Cook’s Source” yields page after page of articles about the incident. It was reported on in the Guardian and NPR, to name a few. 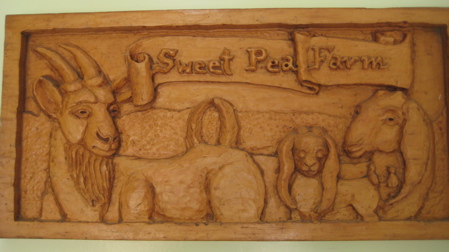 The magazine lifted a recipe/article from some freelance lady and published it in the ad-supported magazine (including ads for, yup, Sweet Pea Cheese). They credited the author, but didn’t bother telling her, let alone paying her. The author got wind of it, asked for an apology and a very modest donation to her journalism school and waited. 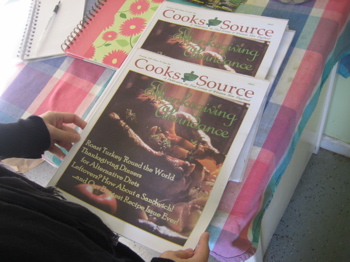 Waited for the editor to write the missive that pretty much destroyed her and her crappy magazine. Here’s Wired’s take on the matter. As one who has had words and pictures stolen from me all the time, I sort of identified with the writer. Who knows how much of my stuff is “out there?” 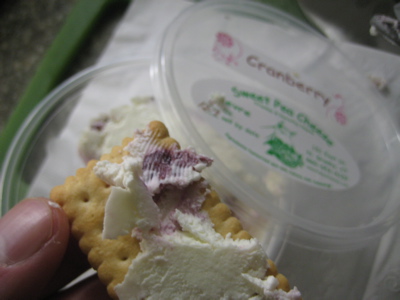 Oh yeah, back to the cheese! We bought the cranberry chevre and enjoyed it on cinnamon raisin bread and bagels for a few days at home. It was great. Unlike plagiarism.

At some point after my first visit, Sweet Pea became associated with Cabot. They are still going strong in 2018 and appear at wineries and farmer’s markets and such all the time. Good for them.