At Least It Has “Water” in Its Name
Bridgewater: Connecticut’s Last Remaining Dry Town

November 2014 Update: I’m sad about this and there’s really no reason for me to be that way. But a unique and quirky Connecticut town policy came to an end this week, with the residents of Bridgewater voting to end the town’s no alcohol laws through a referendum. I’m not going to change or delete this page though. I still like it.

There won’t be any liquor stores or bars popping up any time soon. The new laws allow for stuff like beer at a country club (if one exists) or single day liquor licenses for weddings and other events. That’s it. That’s all. Bridgewater is now on par with Easton I guess… Hussies.

You cannot buy alcohol in any stores or restaurants in the town of Bridgewater – it is against the law. (Note: You can’t buy booze in Easton either, but there is no law against it there.) Of course, even if you’re from Connecticut (and not Litchfield County), you probably don’t even know where Bridgewater is. Now you do: 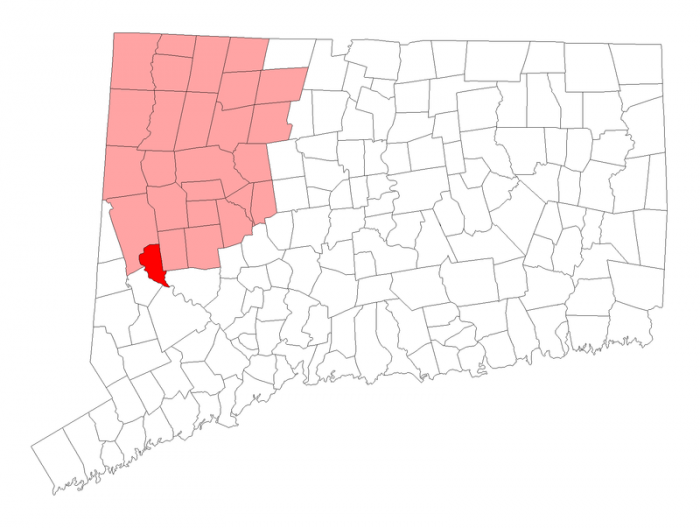 By all accounts, including my own fleeting experiences thus far in town, it’s a lovely little place. Very rural and definitely has that old-timey New England feeling wherever you go. I drove on some seriously off the beaten track roads (for some hiking) and saw some impressive estates. This is where the really reclusive rich people live.

I thought I’d have some fun with the Puritanical ordinance. A dry town in Connecticut is sort of silly, as our towns are so geographically small, if they are trying to limit drunk driving I think they are actually increasing the risk by making people drive further. Speaking of driving, here’s my thumb in the town’s eye as I crossed over from Brookfield: 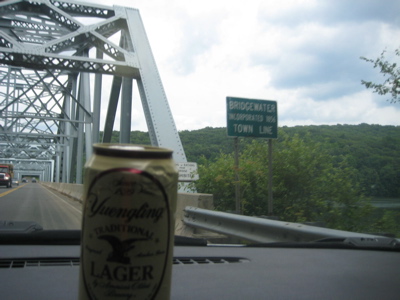 What I like here is not that I’m immaturely photographing a beer on my dashboard as I enter town, but that Bridgewater’s boundary contains a bridge. Over water.

As noted, I was hiking several miles along some Sunny Valley Preserve Trails down near the Housatonic River. I felt a little guilty packing in an illicit beer – made all the more illicit since my stowaway brew was a Yuengling Lager, which [wa]sn’t sold anywhere in Connecticut [at the time]. I was playing with fire.

As I approached the northern end of the trail, at Bridgewater Town Park, I saw more contraband: 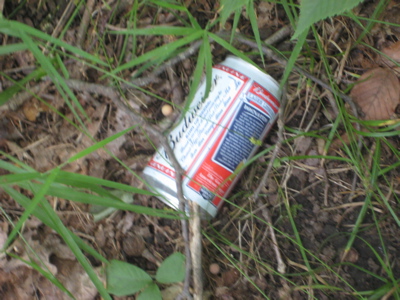 “Aww, now my Yuengling had a Bud to hang out with in my pack,” I said (I talk out loud to myself alone in the woods). Not everyone plays by the rules of the town. I arrived at the park and man, it was pristine. Absolutely pristine – I didn’t even see any cigarette butts around! I walked to the entrance and noticed I was trespassing on Bridgewater’s fine community: 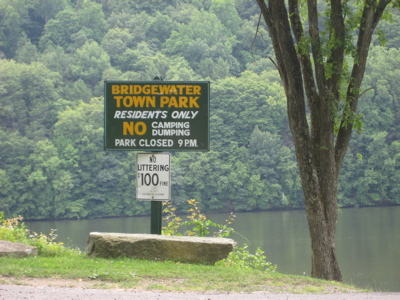 For some reason, this provincial attitude annoyed me so I figured it was as good as time as any to show Bridgewater what we tough West Hartford boys are all about: Sipping warm not-sold-in-Connecticut beer in parks where we don’t belong in the only town in Connecticut that bans the sale of alcohol. 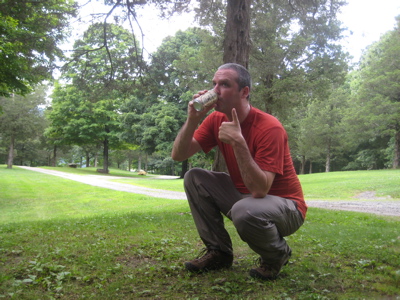 Take that, Bridgewater! Glug-glug-glug! At that moment I remembered an experience I had while hiking the Appalachian Trail. I was only a week or two into my hike somewhere in western North Carolina. A couple guys and I decided to hike into a town (Franklin, I think) to shower and sleep in a warm bed – it had been raining several days straight at that point.

One guy suggested we all go in for some cheap beer, which we did. However, Franklin was in a dry county – something much more common down there, and counties are a heck of a lot bigger than our towns. Anyway, the guy convinced some local with a car to drive somewhere to procure us some beer. The guy was gone for over an hour but returned with some swill; I think it was maybe Coors Light. 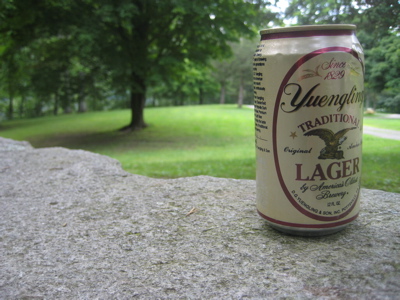 I could have my facts all wrong (this was 1997 after all) but long story short, I drank 2 or 3 beers and was bombed. My metabolism had completely changed in 2 weeks of hiking and, well, that’s what I was thinking about while breaking the rules in Bridgewater.

I had no such issues on this day though – perhaps because I weigh 25 pounds more than I did then. I was feeling particularly fond of my little Yuengling, so I decided to take another glamour shot: 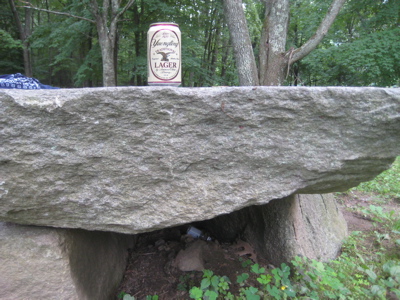 As I lined it up, I noticed the glint of something discarded under the rock table. Aha! The curtain of propriety, the mask of temperance, the dark underbelly of Bridgewater has been exposed! Zooming in… 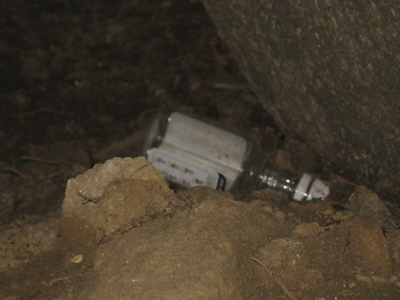 Jim Beam! Alive and well in Bridgewater! What other dark secrets lurk beneath the Stepford façade of Bridgewater?! Whose wife is sleeping with whose husband? Would I find a moonshining still once back in the Bridgewater woods? Some flunkies smoking dope by the rope swing?

[Update: Read about my hike here to find out.]

I’m onto you, Bridgewater.

Once back to my car I drove through the “center” of the “town.” Wow. Not only are there no bars, restaurants or liquor stores around, there seems to be pretty much just one store. 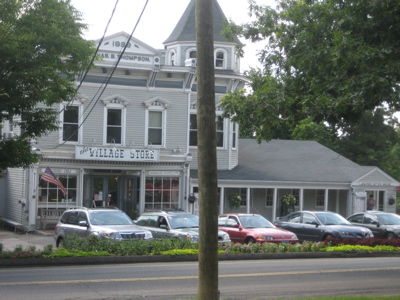 Their tiny post office is attached to this store, by the way. So yeah, what I’m saying is that something secret and dark is definitely going on in Bridgewater. I’m thinking “Eyes Wide Shut” meets “Twin Peaks.”