CTMQ > Everything Else > Religion, Remembrances, & Outdoor Art > The Oliver Cromwell

As I write this sentence, my brain is already fretting about where to slot it in on CTMQ. It’s not a US First – although it’s close – and there are no ruins or remnants of it remaining here in Essex. All that exists are an interpretive sign and an old brown state tourism sign. “But,” I tell my fretting brain, “it’s cooooooool.” And so here it is: A page pretty much about nothing! Enjoy! 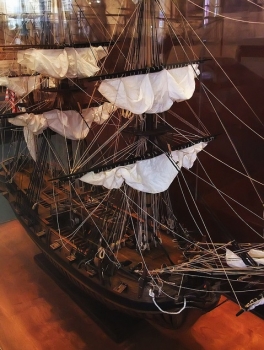 This beautiful model of the ship was stolen from this Flickr set.

On January 31st, 1776, the Colony of Connecticut authorized the building of its first warship for the Revolution, the Oliver Cromwell. Charged with this mission was shipbuilder Uriah Hayden of Essex (then known as “Saybrook”) who quickly hired tradesmen and contracted with suppliers to outfit the vessel. Essex, perfectly situated for shipbuilding, suddenly experienced an economic boom as the Hayden’s housed the shipyard workers, and provided food, spirits and lodging to the suppliers, politicians and other patriots who would visit: the Oliver Cromwell was successfully launched on June 13, 1776. 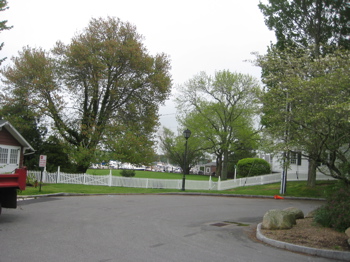 It was a full-rigged 300 ton vessel with an 80 foot keel, 27 foot beam and 12 foot depth of hold, she carried 20 guns with a 130 man crew and took 9 enemy prize ships during the Revolutionary War before her capture in 1779. The Hayden shipyard, along with seven other yards in Essex built over 500 ships, creating a prosperous maritime village by the 1790’s. Heck, Connecticut shipyards built over 4,000 vessels for trade and war in the 18th and 19th centuries. 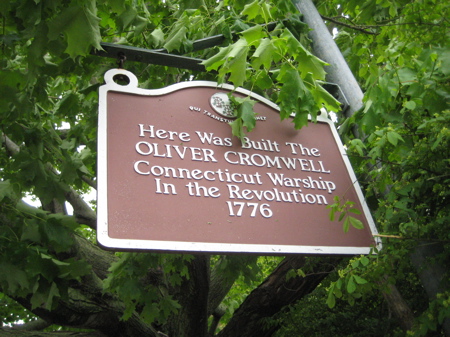 Anyway, you must visit the Connecticut River Museum right next to the site of the Oliver Cromwell building if you haven’t already. (CTMQ Visits here.) In the meantime, since I’ve already visited the museum a couple times, I’ll be up the street at America’s oldest continuously operating tavern/inn/thing, The nearby Griswold Inn. (CTMQ Visit here.)