No. “The Ref” has nothing at all to do with athletics unless you include hopeless family infighting as sport. And the family featured here certainly does their best to make it so. But no, the “ref” of the title refers to Gus (Dennis Leary) who winds up as an accidental marriage counselor to Lloyd (Kevin Spacey) and Caroline (Judy Davis) who are on the verge of an acrimonious divorce. 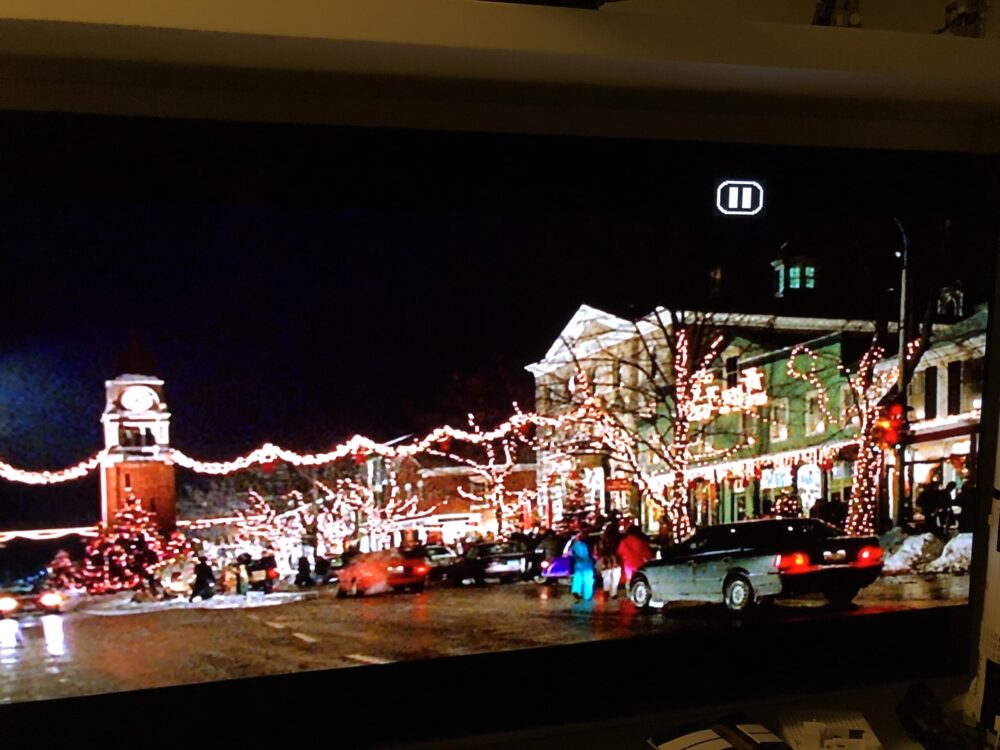 This is tidy little black comedy clocking in at 90-some minutes. It is set in “Old Baybrook,” Connecticut and there are references to Hartford. It is Christmas eve and although it was filmed in Ontario, the colonial houses and quaint downtown streets were definitely Connecticutty.

Directed by Ted Demme, who was the nephew of Jonathan Demme (“Silence of the Lambs”, “Married to the Mob”, “Philadelphia”, among others). He directed “Yo! MTV Raps” and Dennis Leary comedy specials before “The Ref.” (He also directed “Beautiful Girls” which is a good movie that every guy my age will cite as that movie that made us all very uncomfortable because it starred a too-young Natalie Portman who was incredibly beautiful and smart and a way too-old man falls for her but at the same time we viewers did as well because of the way her character was written and I hated that feeling very much so now I don’t like Ted Demme even though I feel bad he died of a cocaine heart-attack at 39.) 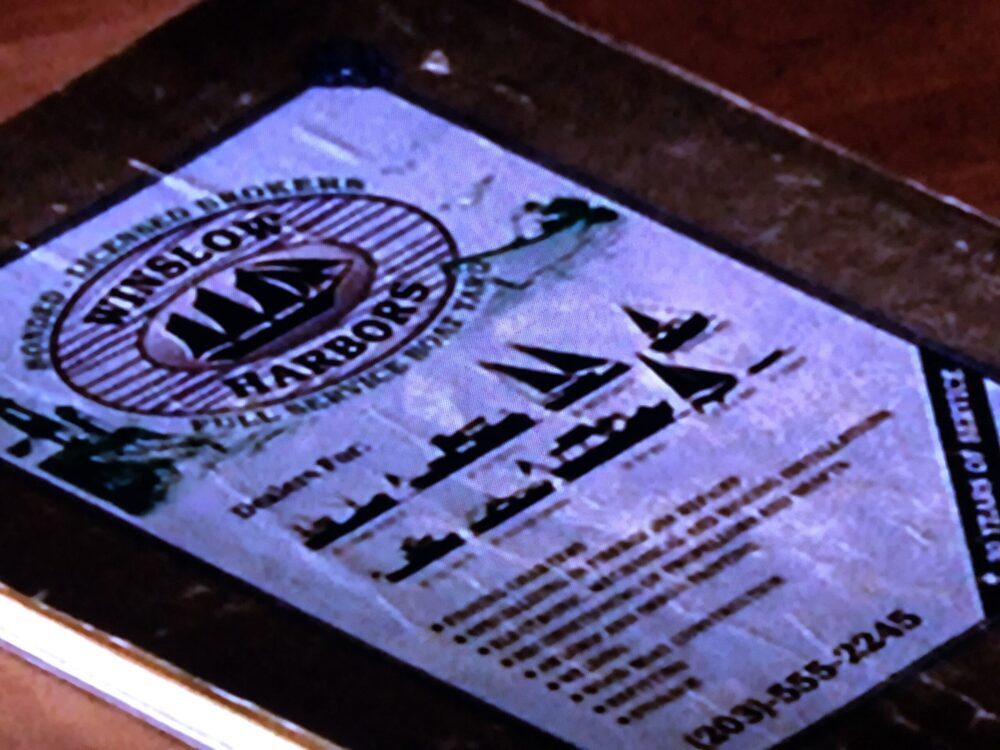 Anyway, although the whole thing was filmed in Ontario, Demme was detailed. The payphones had SNET branding on them and even a quick shot of a Yellow Pages phone book was proper Connecticut. That gets major Nutmegs in my book. And so does Gus’s quote, “Connecticut is the fifth circle of hell.”

Gus is a skillful thief paired with a bumbling partner. A robbery attempt goes awry at some large Old Baybook house and Gus winds up kidnapping Caroline. And also the sneering Lloyd. After two minutes in the car with these two, Gus comes to hate them. They argue about everything, they clearly dislike each other, and Gus just wants to escape the area which is crawling with bumbling police looking for him. 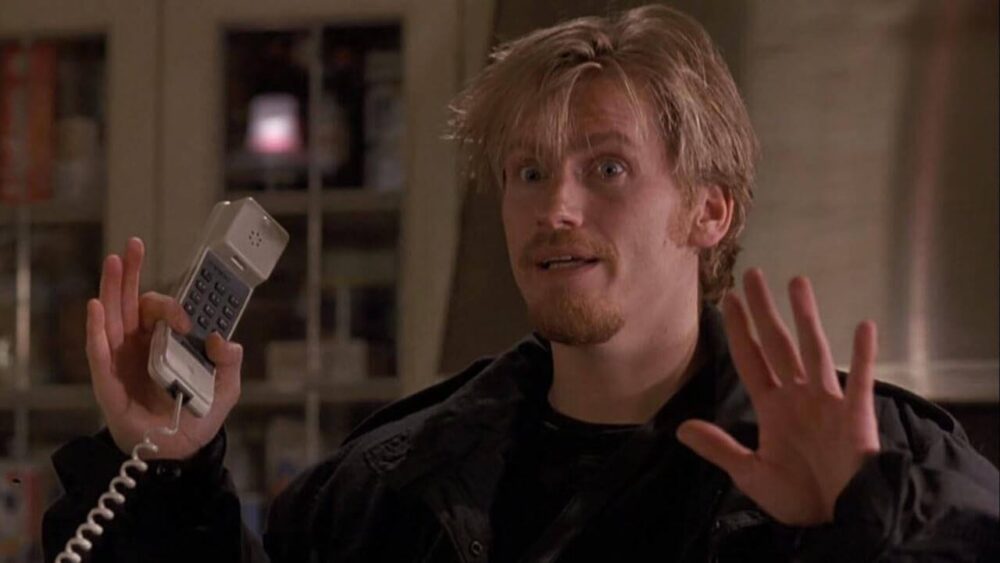 Held at gunpoint, the couple take Gus to their house at which he plans to hide out and plan his escape from the area.

Leary plays Gus really well, with seething anger at his poor luck winding up with this skirmishing couple – which remind him of his parents. More people come to the house over the course of the movie – the son, the in-laws, drunk Santa, cops, J.K. Simmons in his first movie role…

Gus adopts the role of Dr. Wong, marriage counselor. He has Scandinavian Christmas dinner (above) with the extended family and comes to hate all of them for different reasons. He’s a vulgar thief, kidnapper, aggravated assaulter, but audience is rooting for him. This family is pretty awful.

We want Gus to escape. “The Ref” is a dark comedy, and as far as dark Christmas comedies go, it’s a really good one. (Here, here’s a random scene – the “Mary, gag your grandma” scene – to give you a taste. Language alert!)

Spacey is good in the role, a year before he shot to fame in “The Usual Suspects.” Davis is very good. Leary is pretty great and if you watched the clip above, the grandmother lady is perfect. (If you watch that clip again, watch the grandson/nephew on the right when Lloyd tells his sister to gag their grandma. Cracks me up.)

The movie was marketed all wrong and while it wasn’t a total failure, it should have done better at the box office. As far as black comedies go, especially black Christmas comedies, The Ref is pretty darn funny.

CTMQ Rating: 4 out of 5 thumbs up
Connecticutness: 147 out of 169 Nutmegs
Filmed in Connecticut? No
Wealthy Caucasian with a Big House? Yes 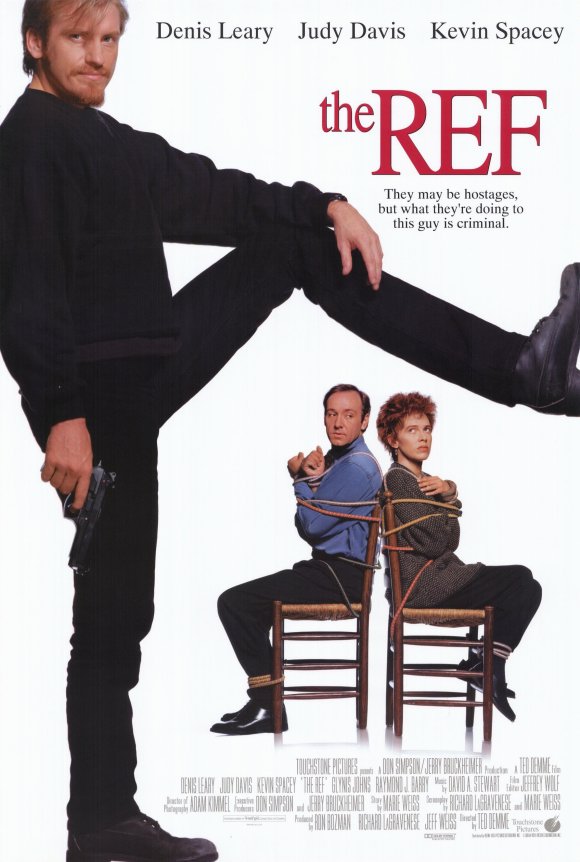