Since I trust that all of you have read all of my hikes of the Wallingford Land Trust properties… I kid, I kid. I can’t imagine any of you have read any of them. Why would you have? There’s really only one decent hike and you know what? I’m not even going to tell you which one. Now you have to go read them all. 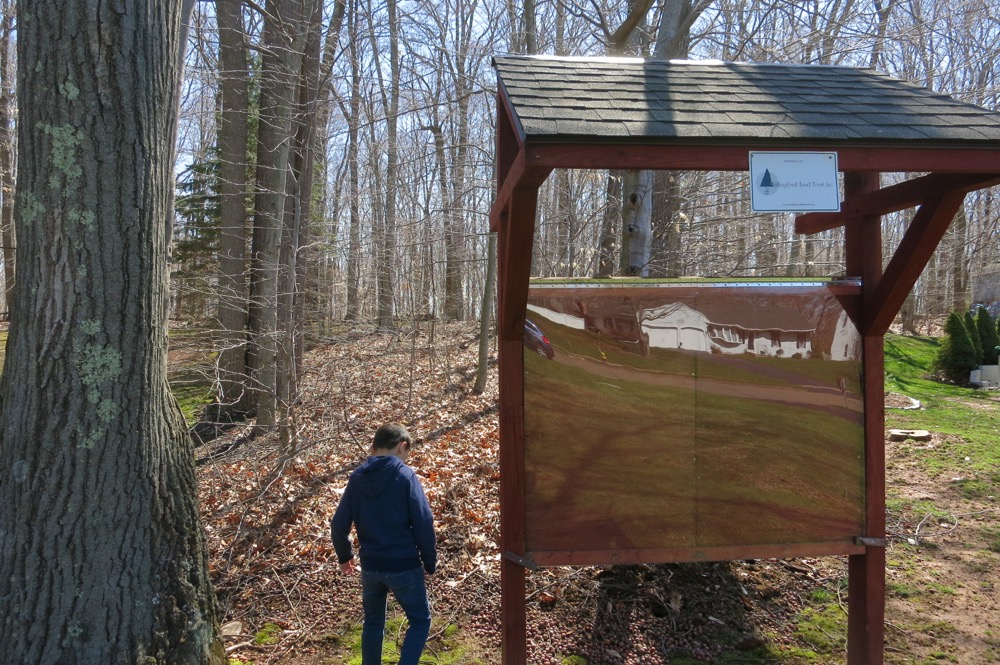 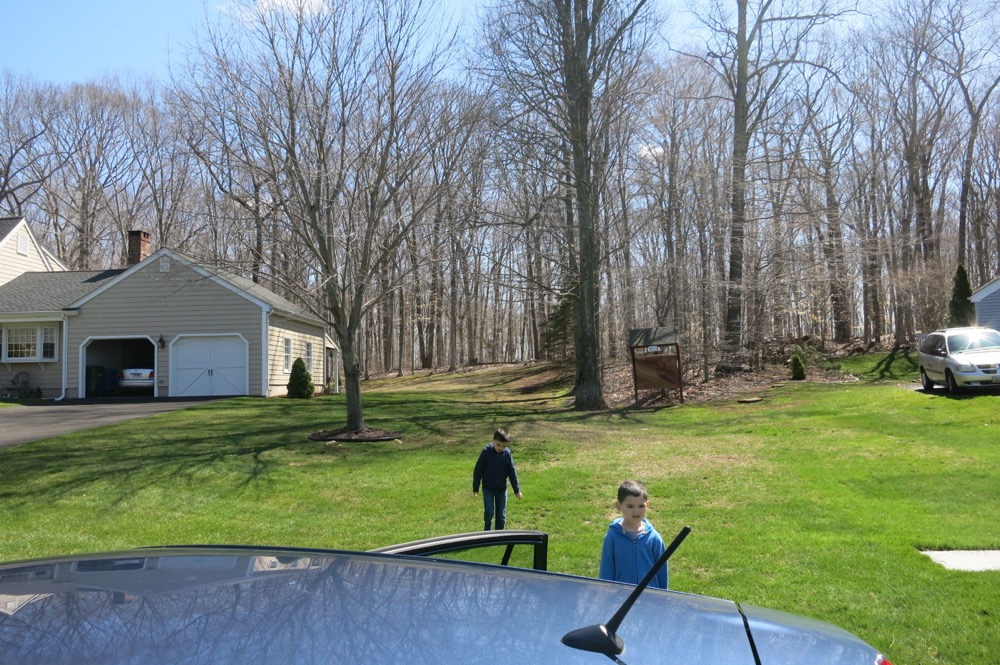 Since I had both boys with me, it was, in a sense, easier. “Oh look at those scamps! Let them trample through!” Something like that. 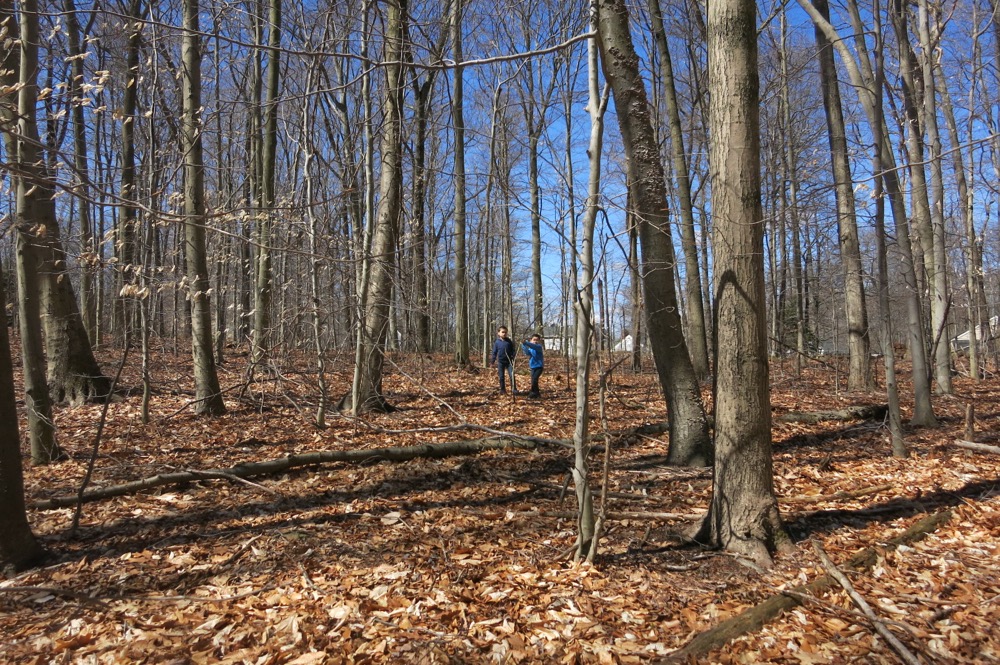 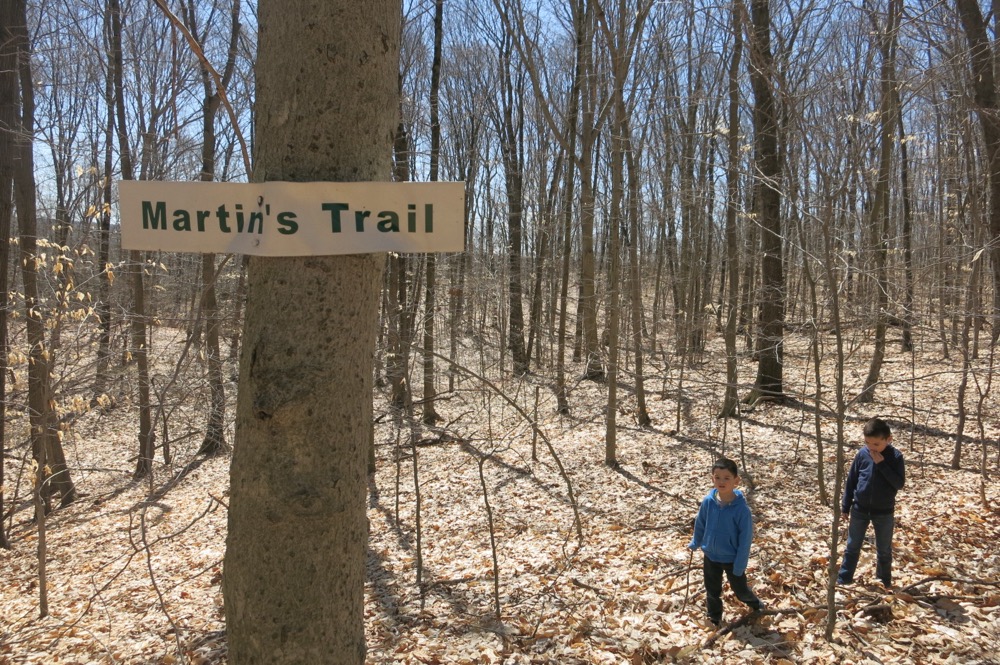 At the back of the properties and at the edge of the woods, we enjoyed yet another blank trail kiosk. Another hallmark of the WLT, at least in the small 2015-16 window that I spent with them. No matter, they do have an online presence with maps and everything! And here, at West Dayton Hill, there were signs of the trails names and a well-cleared path, and all was well – and better than many other WLT properties.

Heck, there’s even a trail description I can use to take up space:

The West Dayton Hill property is located between Fox Run and Country Way. The property features a trap rock ridge and a cedar swamp. The property is easily accessible thanks to a trail system created by several Eagle Scouts.

The initial access trail into the property from Fox Run was created by Robert Wawrzeniak of Troop 4 in 1983. The scouts had to clear a trail for approximately 400 feet through the thickly overgrown right of way. 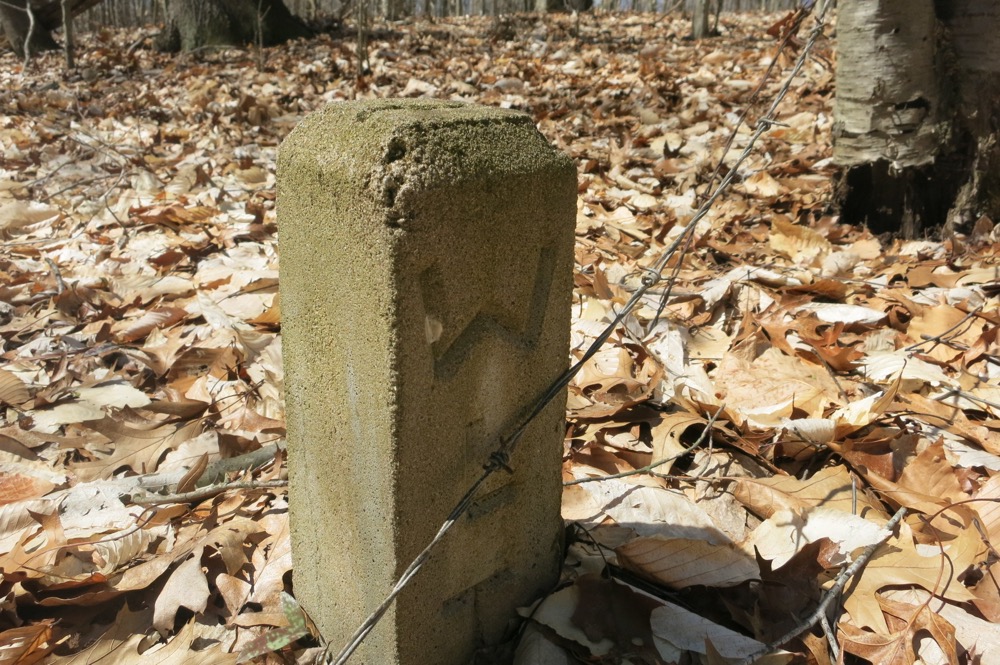 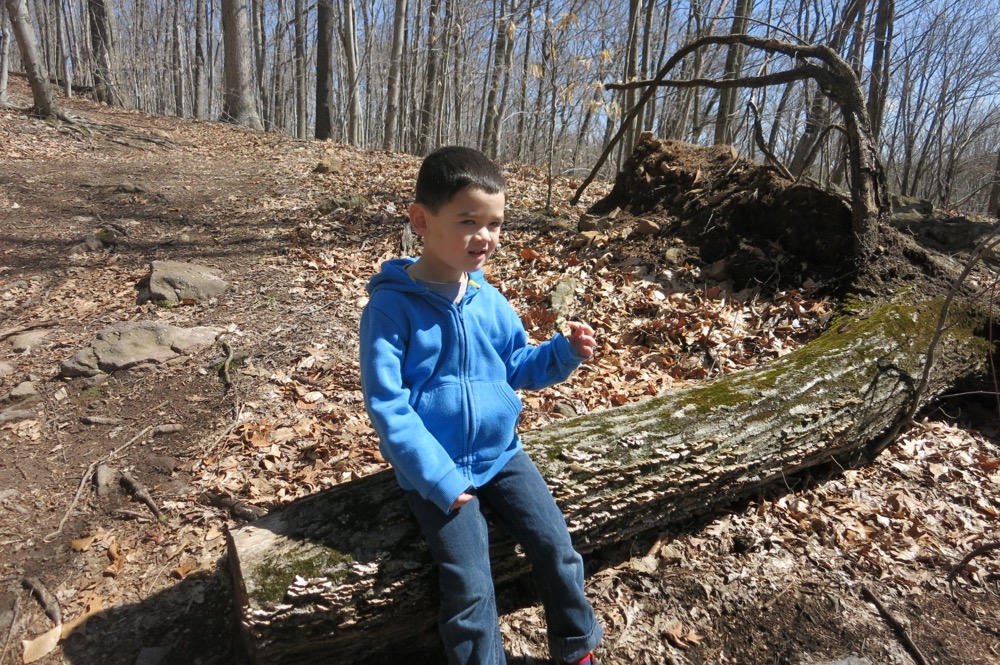 A one mile Lollipop loop trail was then created by Chris Martin for his Eagle Project. The trail heads along our narrow access corridor then open to form a loop scaling the trap rock ridge, which is the main feature of the property.

The property now has a second loop trail created by Boy Scout Graham Page of Troop 4 as his Eagle Project. The trail is a loop trail starting off the existing Martin’s trail. The trail follows along the top of a trap rock ridge. It then descends the ridge heading back along the bottom and next to a cedar swamp. 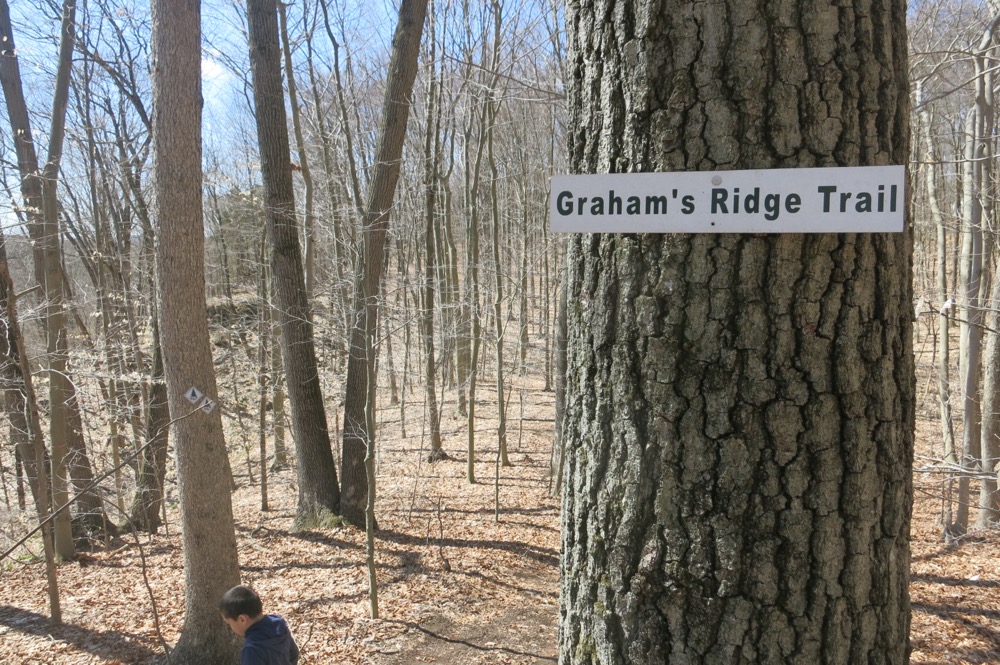 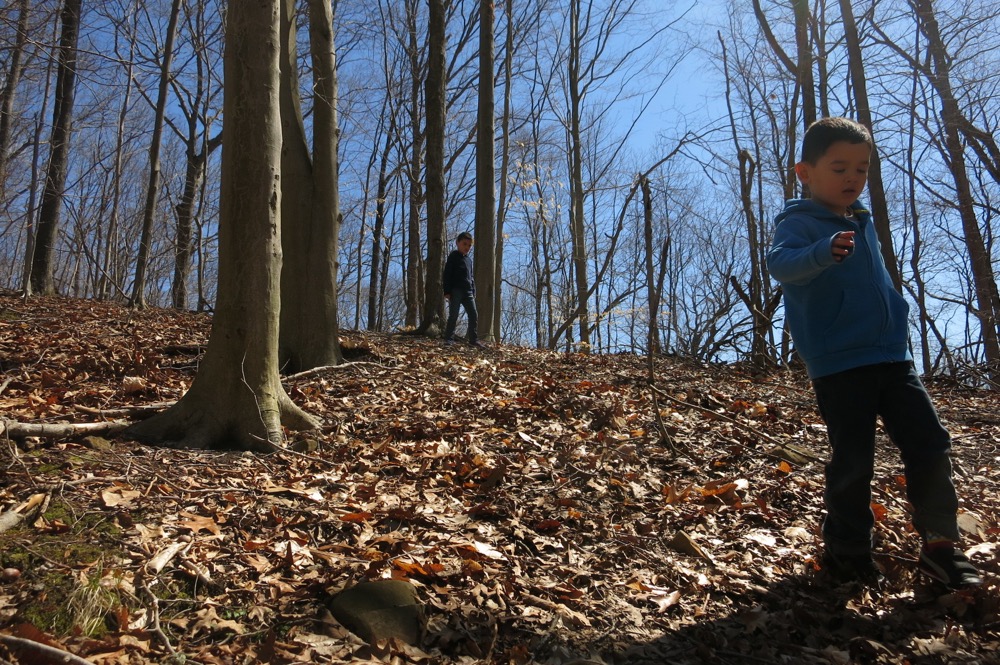 Yes, the latter two’s trails are named for them. Martin’s Trail and Graham’s Trail. Chapeau to Martin and Graham.

And chapeau to my boys, who just blindly followed me into Wallingford woods and walked up and down the ridge a couple times for no particular reason. As much as I appreciate the work of three decades of Eagle Scouts, and as much as I respect the Wallingford Land Trust’s efforts to preserve these woods and secure the right-of-ways, this is not a trail I’m going to suggest you go out of your way for.

Hurrumph. This was a fairly uninspired write-up of what was my last WLT property to hike. I think that sort of sums up the entire WLT experience though, so I’ll just end here. 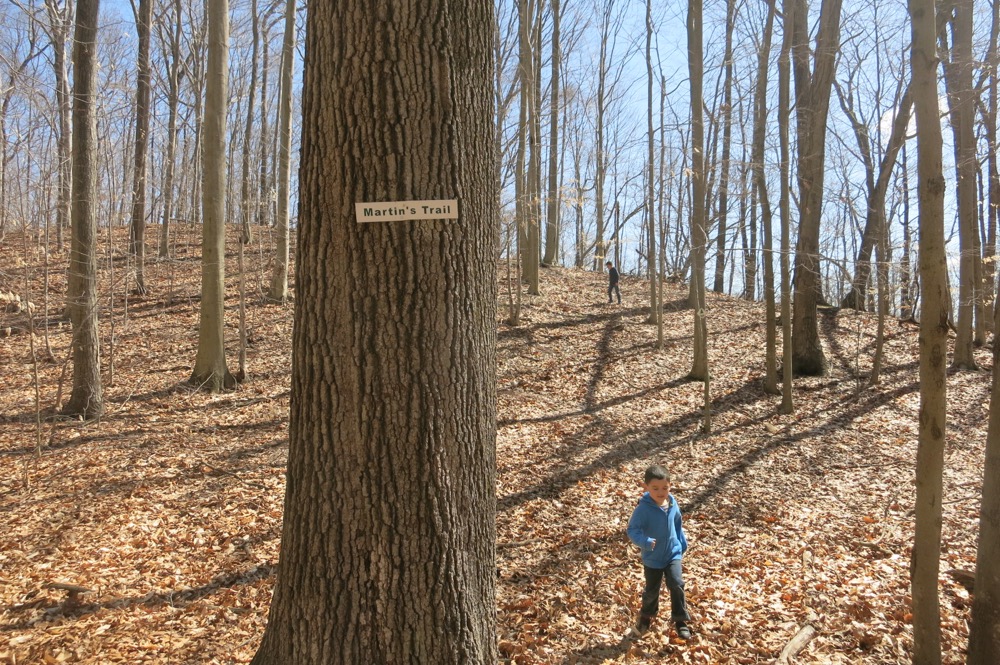 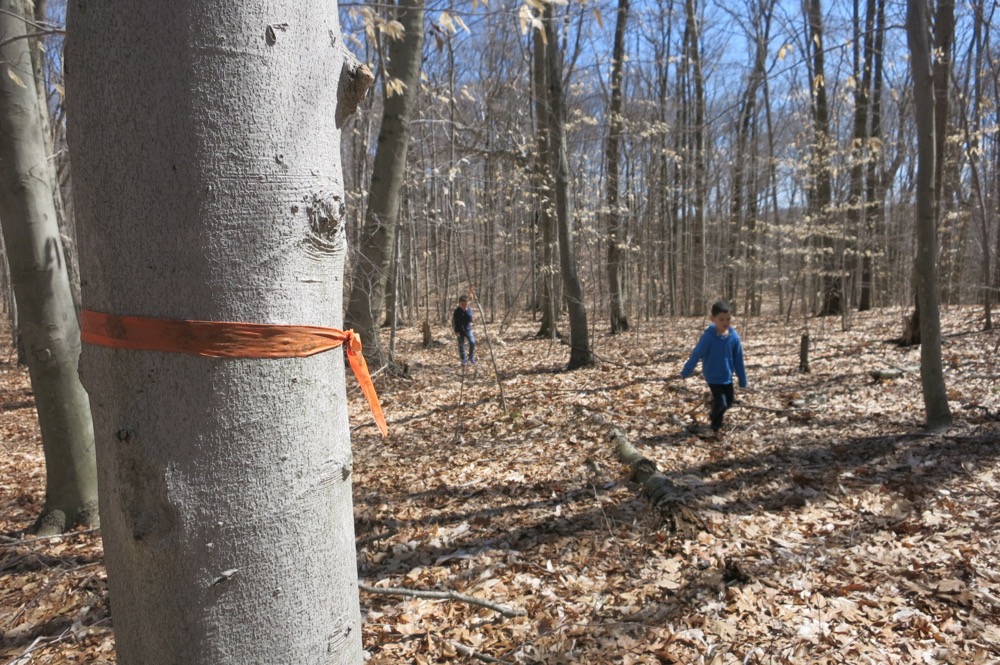