I’d been looking forward to Saltwater Farm for over a year. Once I learned of its existence, I was intrigued. After 23 vineyards of relative sameness with regards to design and décor, Saltwater Farm, located on a marsh in coastal Stonington, brings a distinctly different flavor. It’s in a refurbished private airport hangar and has a modernist feel. And oh, it was brand new to visitors in 2010. Let’s get to it. 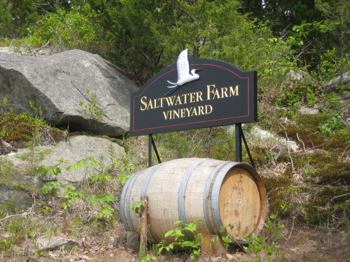 Stonington/North Stonington is home to three wineries and all three are beautiful in very different ways. I mentioned in my write-up of Stonington Vineyards (here it is, right here) that Stonington enjoys being part of the Southeastern New England Appellation. 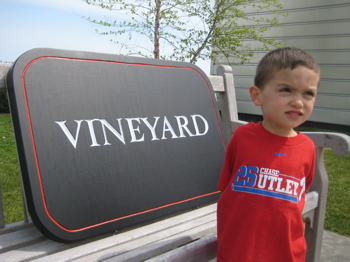 The Southern New England appellation starts in the west, from East Haven, Connecticut and comprises a narrow band of shoreline east to the Connecticut – Rhode Island border; continuing eastward to include all of the Rhode Island coastline; the southeast coast of Massachusetts, including Cape Cod and the islands of Martha’s Vineyard and Nantucket. This area has similar soils (loam over glacial alluviums/till), growing days, annual rainfall and stable seasonal temperature gradients that are strongly influenced by the ocean waters. 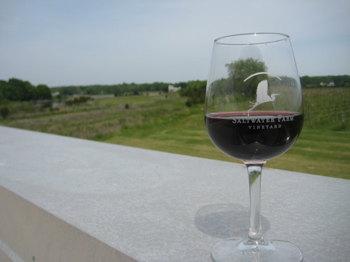 Winter temperatures at Stonington are much milder than those found just miles inland, and conversely, summer temperatures are lower – averaging 76 degrees. This results in a long, cool, consistent growing season.

Now we know. We arrived and parked in the white gravel parking lot and felt the cooling breezes off the Sound. The gleaming aluminum building really is a welcome change from all the other CT wineries. Once inside, the ground floor is simply just a large space for wedding receptions and the upstairs features an ample tasting bar area that overlooks what would be a dance floor during a wedding. 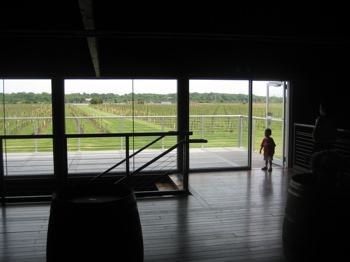 There is also a large glass wall that opens out to a nice patio overlooking the vineyard, marshes and Sound beyond. We were totally digging this place before we even tasted any wine. Actually, like I said, I was into Saltwater before we even drove down there… Because their website is not only well-designed, but contains a nice history of the area as well. 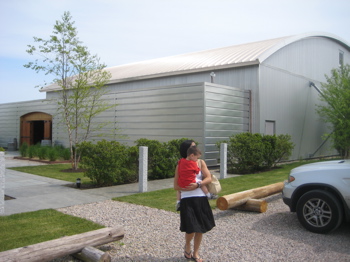 Saltwater Farm Vineyard is set on more than 100 panoramic acres – 15 of which are planted with six varieties of grapes, and bordered by tidal marshes, a cove and vistas of Long Island Sound, near the historic New England coastal village of Stonington, Connecticut.

The centerpiece of the bucolic property, which has a small private airport dating to the late 1930s, is a World War II – vintage hangar, designed by the late architect John W. Lincoln, a colleague of Walter Gropius. The hangar, opening onto terraces and the vineyard, has been preserved and converted into a winery. The seamlessly renovated building showcases a vaulting roof, silvery milled aluminum exterior, the original interior wood sheathing and, dominating the airy room and gathering places, handsome and massive timber trusses. 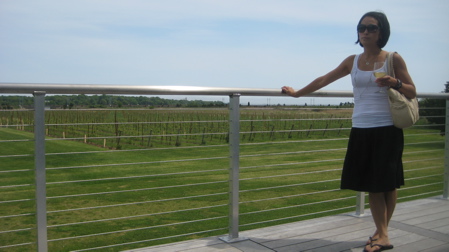 In 1653, Walter Palmer, who lived in the Massachusetts Bay Colony after arriving from England in 1629, established a farm on some 230 acres of his land holdings surrounding Wequetequock Cove. Portions of Palmer’s original tract, including what is now Saltwater Farm Vineyard, continued to be used as farmland into the early decades of the 20th century, known then as the West Farm and owned by Herbert West, who was raised in North Stonington.

In the late 1930s, William J. Foster opened a small community airport on the property. Foster built a hangar there, designed by John W. Lincoln, an architect and engineer living in Stonington and a man credited with sharing in the creation of the modern Quonset Hut. Foster Field, also known as Westone Airport, functioned as an airport for several years before the U.S. entry into World War II, when the government closed such airports for public use. 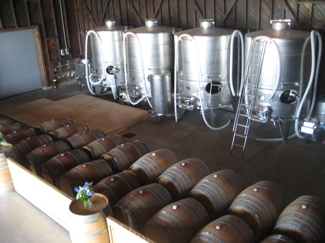 In 1945, as the war was ending, Foster leased the property to Henry R. Palmer Jr. of Stonington, who offered commercial air service and flight training there. Palmer opened Aero-Marine Service at Foster Flying Field in February 1946. Palmer’s venture lasted only a couple of years and the hangar was used variously, and haphazardly, through the subsequent decades as warehouse, restaurant, light manufacturing facility and home to squatters.

(CTMQ notes: Wow, this story is awesome. I don’t even care if the wine is any good at this point.)

In 2001, Michael M. Connery, a former partner at the New York law firm Skadden, Arps, Slate, Meagher & Flom and a Rhode Island native, bought the long-dormant property. In all, Connery purchased 108 acres and made the decision to convert the old airfield into a vineyard, at the same time maintaining a grassy landing strip. The vintage hangar was preserved and reimagined as a winery, largely through the design efforts of Stephen Lloyd, an architect in Chester, Connecticut. With a preservationist’s bent, and with a keen appreciation of Stonington’s past, the goal has been to sustain, in contemporary function and fashion, the two foundations of the property’s place in Stonington history: coastal farmland and a WWII-era private airport.

Since I lifted all that from their website, I might as well take a cool picture too, showing the old airport’s still-visible runways:

While Damian flitted in and out the glass doors to the patio (it’s safe, trust me), I ordered a couple glasses of wine. I got a glass of their Sauvignon Blanc and though it was a little young, it was really pretty darn good. (Hoang and I usually buy relatively cheap Sauv Blancs to have around the house.)

I had never heard of CT grown sauvignon blanc grapes, but was assured that theirs were indeed grown right out the window. In fact, the guy (the owner?) expressed shock that no other locals were growing the grapes. I enjoyed his naïve nature and his general pleasantness. I can’t remember, but I think Hoang had their Cab Franc. 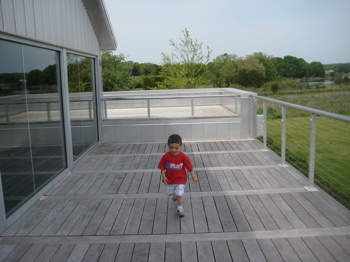 The vineyard also offers Cabernet Rose, Merlot and Chardonnay which we didn’t try. Of course, you can get a tasting for eight bucks (on the high side for tastings, but it appeared that they had rather heavy pours, which scores more points for these guys.)

Both wines we had were very good. Once again, had we not had a four-year-old with us, we’d have loved to have hung around and lazily enjoyed ourselves. Oh well, that’s how we roll. The proprietors were super nice and attentive and as curious about how we felt about their winery and wines as I was about them. And let me tell you, that’s fairly rare in the CT Winery business, unfortunately. 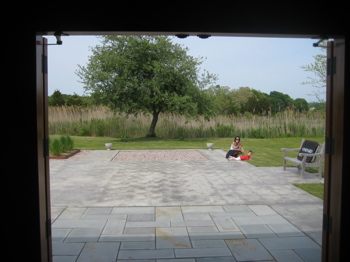