I apologize for my crude title, but it’s just very hard for me to say “Tourtellote” without thinking of Tourettes Syndrome. As a parent of a special needs child with very different, but similarly debilitating behaviors, I’m not making fun of Tourettes. So there. 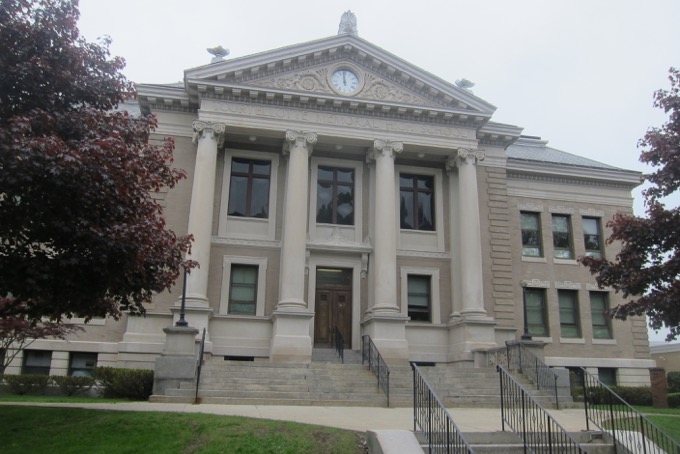 See what I did there? Both Dr. Jacob Tourtellotte and Mr.s Harriet Tourtellotte were Thomspon natives, who lived from the mid-19th century until WWI or so. They met at high school in Dudley, MA because Thompson had no high school. 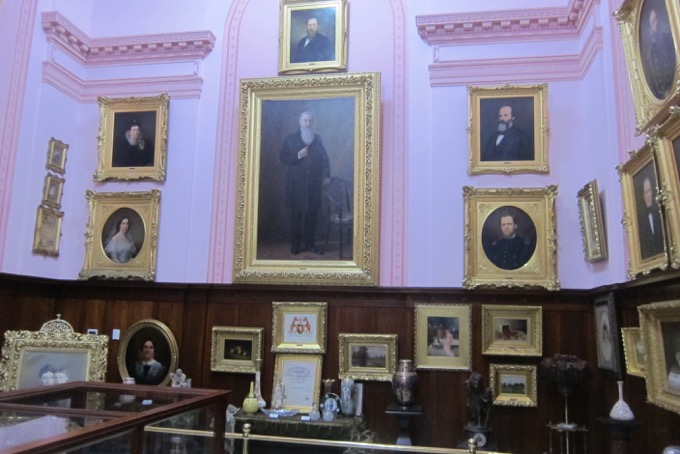 They got married, he served in the Civil War, got sick, moved to Minnesota, got rich in real estate and investments, and had two daughters who both died before they turned ten. Devastated, they returned home to Thompson.

The sad couple toured Europe and bought some art and sculptures. Back in the states, they moved back to Minnesota and became involved in both art and charity work. On a visit back to Thompson, they got to talking about building a high school in town. What a perfect memorial to their two daughters! So they offered to to build and furnish the school and endow funds for its continuance. (The school cost them about $150,000 which is around $4 million today. 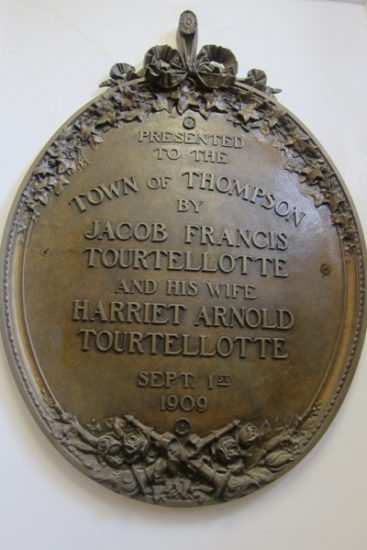 And just like that, Thompson had a high school two years later in 1909. The school was placed on the hill so all the children of Thompson could see “higher education.” During the turn of the century, nearly 90% of Thompson children did not go to high school. Many worked area factories and farms and Mrs. Tourtellotte wanted to inspire them.

And they were lucky; the school was one of the finest in the nation – at least according to one Boston Globe article. But I was here for the museum, not the school. I had made arrangements to visit on my way to Boston for work, and was immediately struck by how attractive the century-old building was. 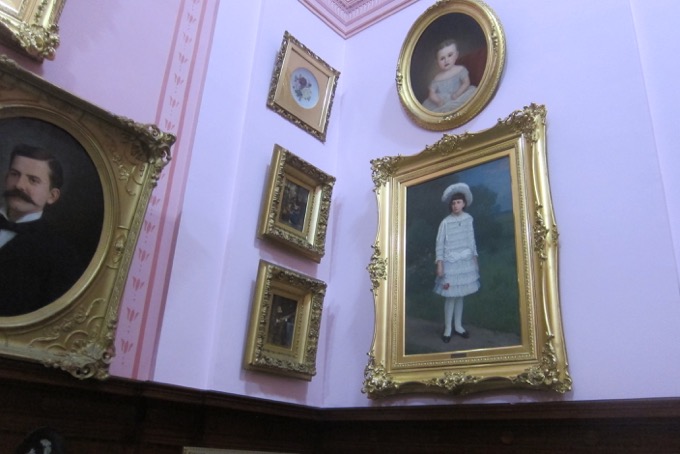 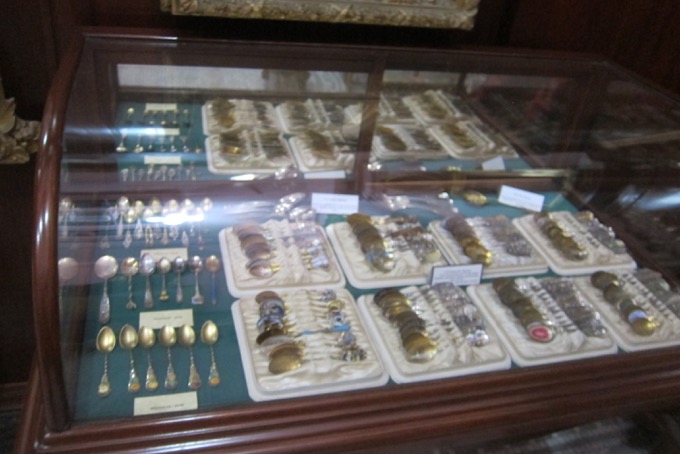 The same source for that claim also gives us this:

Rumors of ghosts in the building are based on facts. When Mrs. Tourtellotte was setting up the Memorial Room in 1909, she would tell her driver she forgot her bag in the museum and tell him to go on to the house without her, she would meet him there. She would then return to the museum where she would close the doors, sit in a chair and speak to her family for hours. The building is so acoustically perfect, “voices” were heard throughout the building

Okay then. I’ll give an elderly woman a pass on ghosts 100+ years ago. Today? I can’t abide by it. Mrs. Tourtellotte was a really smart, shrewd, and progressive woman. She even had a purpose-built gym on the bottom floor of the school with a basketball court… only 20 years after basketball was invented. 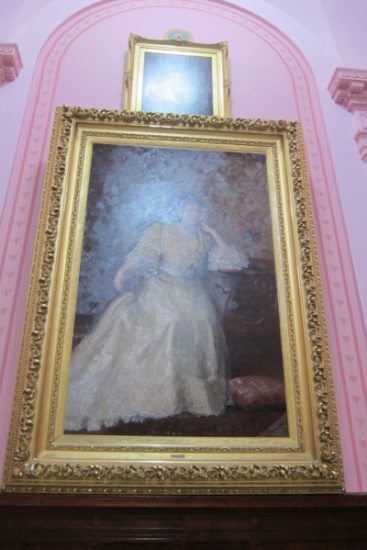 As for the museum room, I’m not sure what it was originally, but it suits the purpose perfectly now. And yes, it is painted shockingly pink; apparently the original color that was applied for the deceased daughters.

A few years before my visit, a painstaking restoration had begun. Walls were repainted and each painting was restored, one by one. This was all paid for out of the trust that the Tourtellotte’s established in 1909. 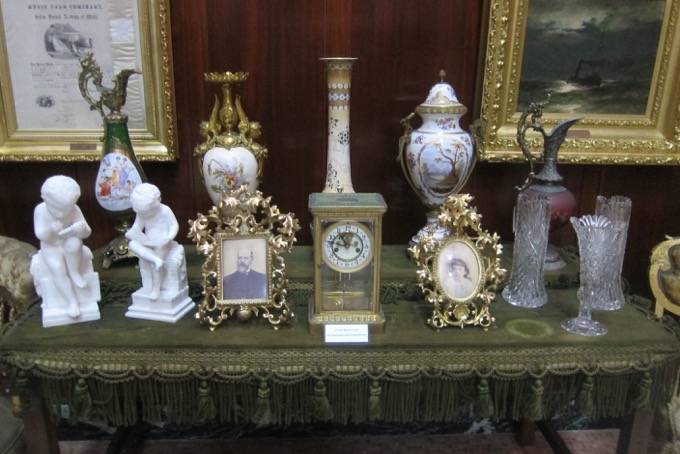 There are almost 100 paintings here in the museum, most dating from the late 1800s. They include towering portraits, still lifes and landscapes, most bracketed in 22-carat gold-leaf frames. Many of the Tourtellottes are featured in portraits, and each was labeled for my enjoyment.

Y’know, this can’t be the largest public high school museum in the country. It’s really just one room. Sure, the towering vaulted ceiling gives it extra space, but… I’m just not believing it. 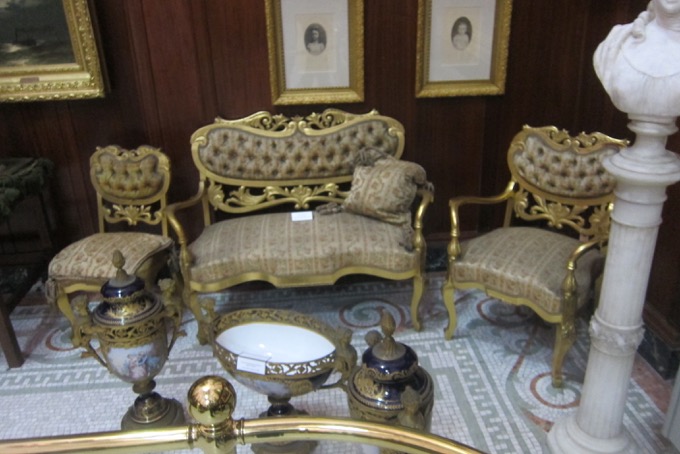 I can’t pretend to know any of the artists the Tourtellottes fancied. Many are Minnesotans who painted landscapes, but there are some local Connecticut artists in the collection as well. The museum provided me with two guides that list every single painting and its artist, as well as everything else in the collection. 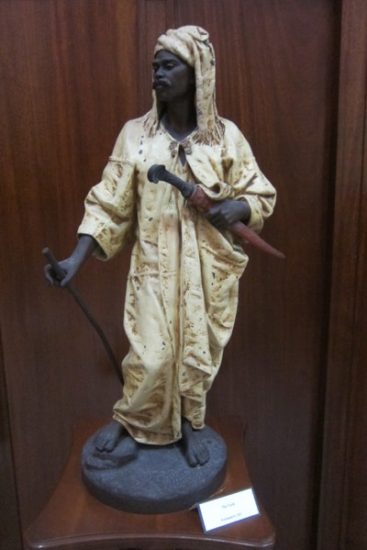 A collection that is mostly some furniture pieces, some spoons, a quilt or two, several pieces of sculpture and some other diningware various and sundry. It’s all quite lovely and clearly the generosity of the founding couple deserves to be memorialized. They weren’t just charitable to Thompson, but also to their hometown in Minnesota as well as to other nearby Connecticut towns like Putnam and Woodstock. 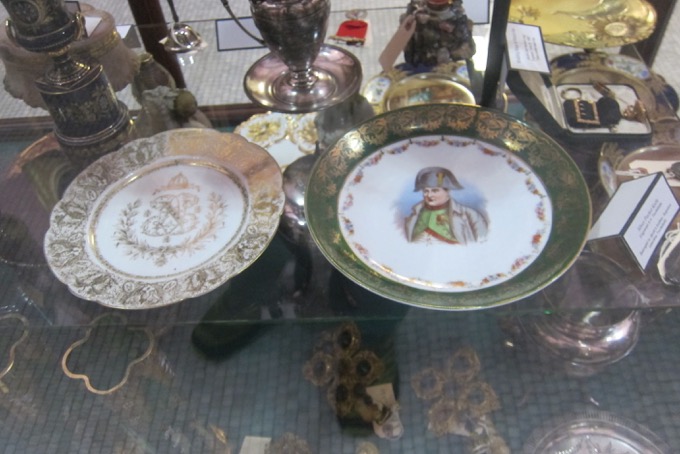 I want to thank my guide, who was quite funny and informative. I’m not sure how easy it is to make an appointment to visit, but I presume it’s no big deal. It wasn’t for me and you should do it, as it’s not often you get to tour a hot pink room. 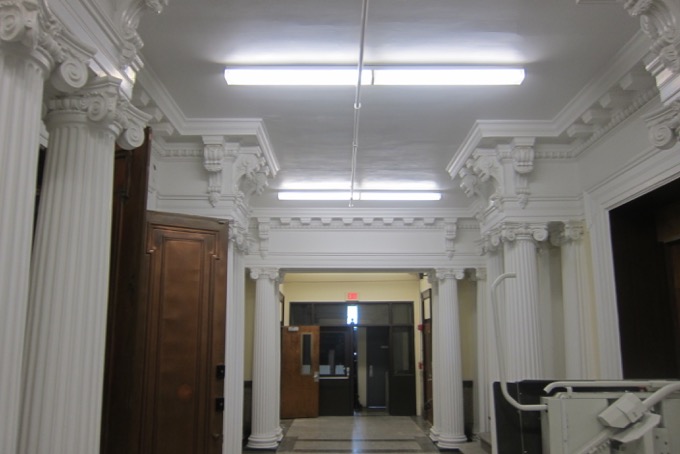