After a long day in Ridgefield with Damian, we had an appointment at the Peter Parley Schoolhouse. This was one of my genius scheduling moves: setting up an appointment after a few hikes, lunch, and a couple museums – all with my son Damian who is more than capable of throwing off any scheduled plans. 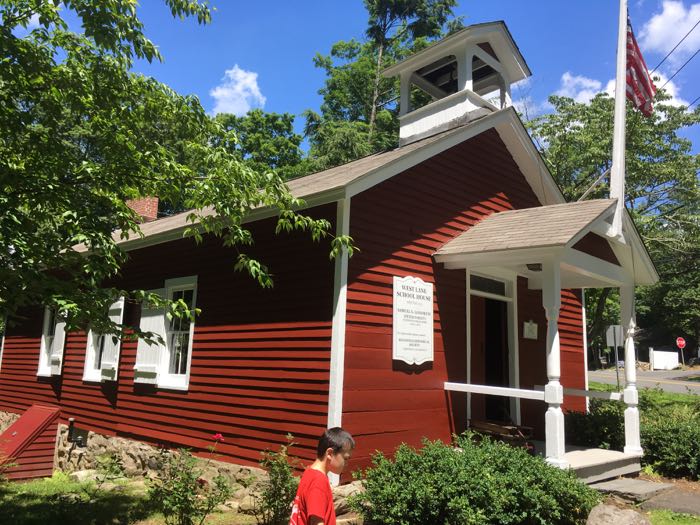 As a result, we wound up being maybe 15 minutes late, which I felt was rather amazing. However, upon arrival we were properly chastised by the school marm nice docent.

“I was about to lock up and leave you were so late!” she said, while a group of her friends milled about in the background. As one who is never late, and hate being late, and lose respect for people who are constantly late… I’m with my new friend the woman yelling at me. (I didn’t tell her that the person to blame was her fellow Ridgefield Historical Society docent over at the David Scott House who just had to show Damian everything.)

Or maybe I could blame the architect whose name I’ve forgetten who drives this car. 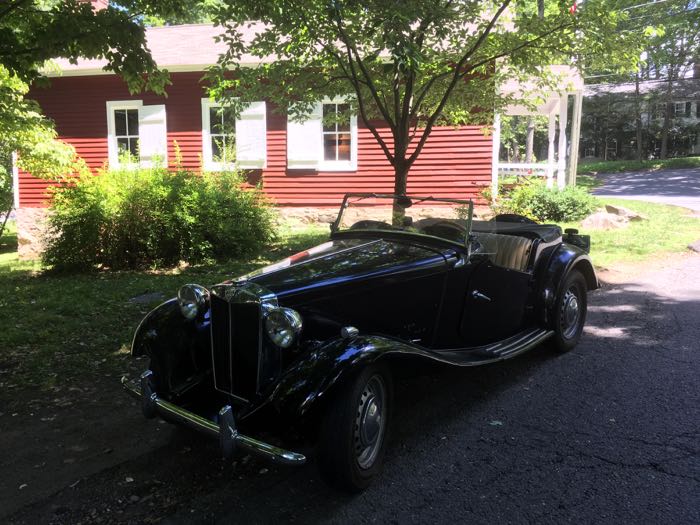 Because I like this car and I spent some time admiring it. The odd thing is is that I’d learned about this architect at another Ridgefield museum because I believe he specializes in historic preservation and likely had/has/will have something to do with the Peter Parley Schoolhouse in some way shape or form. 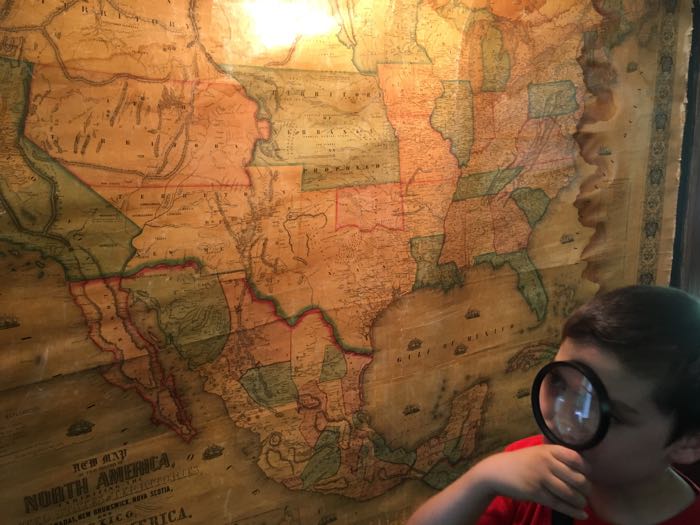 Visit the Peter Parley Schoolhouse! (I know. It’s now impossible to not keep saying “Peter Piper picked a peck of pickled peppers” in your head. When my son was in daycare, there were twins named Peter and Piper. Just had to write that somewhere for posterity.)

The schoolhouse is also known as the West Lane or Little Red Schoolhouse and is plopped at an odd intersection near typical Ridgefield estates. Incongruous to say the least. But that almost makes a visit more interesting, for this is an old schoolhouse that was situated on a dusty country lane amid farms when it was operational back in the day. 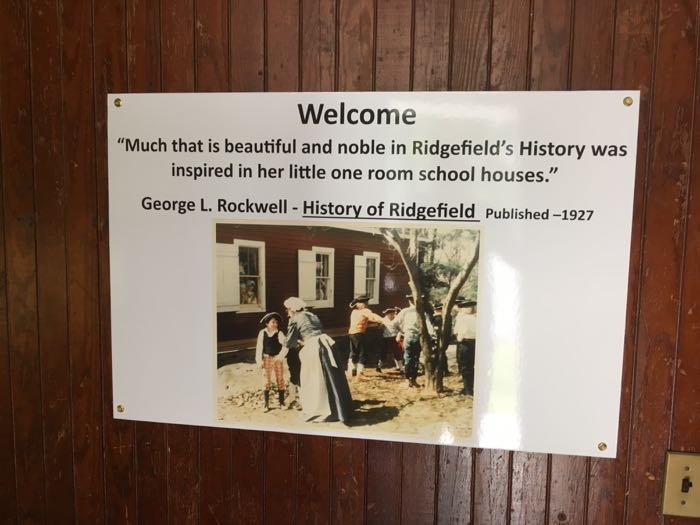 Here’s something interesting: These little schoolhouses were often built in the middle of crossroads so that no one could dispute the land upon which they sat was owned by the town and not some farmer. 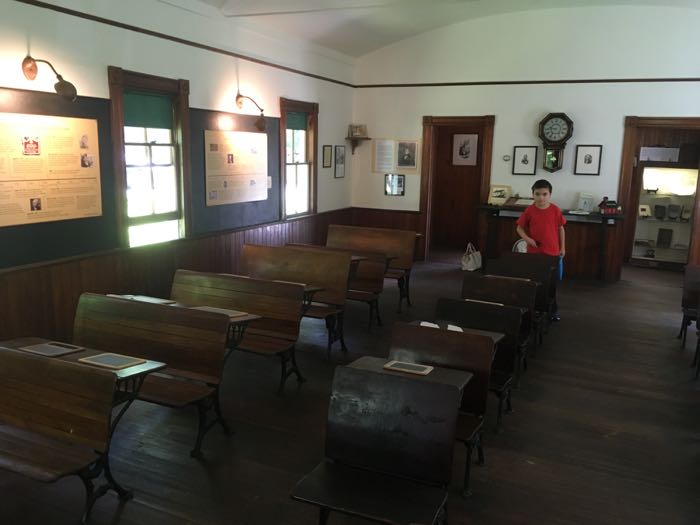 Of course, a bit has changed about the building since then. The interior of the schoolhouse looks similar to the way it would have when its doors closed in the early 1900s. Period-appropriate desks, texts, workbooks, toys, and memorabilia fill the schoolhouse along with plaques noting the history of Ridgefield and its little red schoolhouses. This particular schoolhouse is sort of the representative of them all. 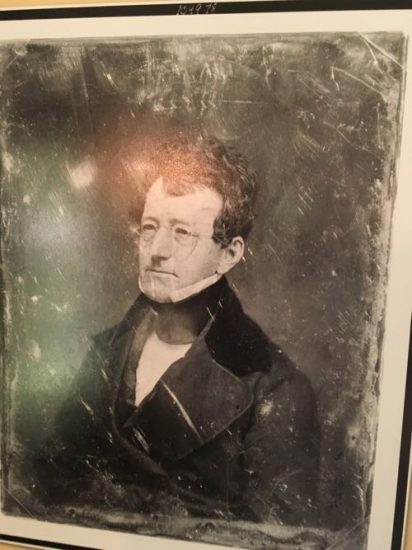 “But when are we going to get to Peter Parley?” you whine. Stop whining. Samuel Goodrich is Peter Parley! And that’s him, above, in a photograph taken by none other than Matthew Brady! And it hangs in the National Portrait Gallery! Cool stuff.

Samuel Griswold Goodrich, the writer of the Peter Parley stories, attended the school from 1799 to 1803. Although he remembers the school with fondness, he was appalled that children were taught using adult books or scary nursery rhymes. After completing his studies he went on to rectify the situation, becoming one of the most famous children’s book authors of his time.

Goodrich/Parley was born in Ridgefield in 1793. He was a prolific writer, with over 170 books to his credit, and is believed by many to have written the first American text books. He attended the West Lane Schoolhouse, and he wrote about his experiences as a student there. 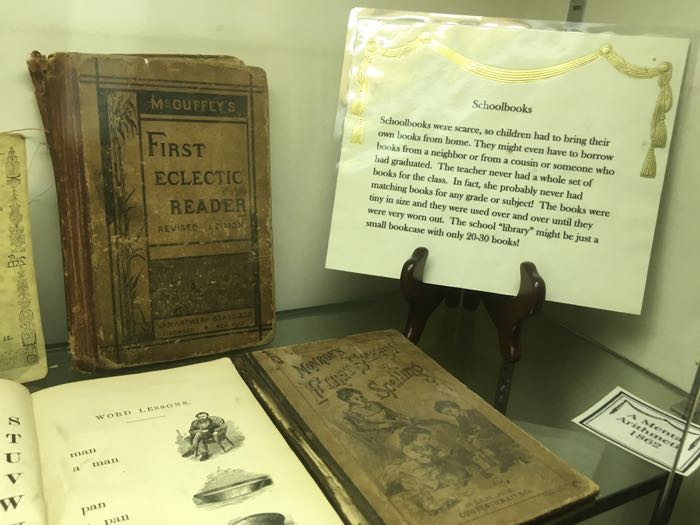 Most of the accounts I’ve read from Goodrich are, um, a bit mundane.

The ground hereabouts – as everywhere else in Ridgefield – was exceedingly stony, and in making the pathway the stones had been thrown out right and left, and these remained in heaps on either side, from generation to generation.

Stones. Cool. Another passage recalls a nearby chestnut tree that the boys used to throw sticks and stones at to knock off the chestnuts. And speaking of chestnuts, Goodrich’s get a bit better. He later wrote an extensive account of what it was like attending the school and living in Ridgefield in his book Recollections of a Lifetime, Volume 1.

The original building “consisted of rough, unpainted clapboards, upon a wooden frame. It was plastered within, and contained two apartments – a little entry, taken out of a corner for a wardrobe and the school-room proper. The chimney was of stone, and pointed with mortar, which, by the way, had been dug into a honeycomb by uneasy and enterprising penknives. The fireplace was six feet wide and four feet deep. The flute was so ample and so perpendicular that the rain sleet and snow fell direct to the hearth.” Describing the interior he notes, “we were all seated upon benches, made of what were called slabs – that is, boards having the exterior or rounded part of the log on one side: as they were useless for other purposes, these were converted into school-benches, the rounded part down. They had each four supports, consisting of straddling wooden legs, set into augur-holes. Our own legs swayed in the air, for they were too short to touch the floor. Oh, what an awe fell over me, when we were all seated and silence reigned around!”

The craziest thing I learned was that they’d stuff up to forty kids in this room – and some were as old as 20! And that was in an old, probably smaller building. The one Damian and I visited was “new” to the mid-1800’s. That’s when it got its blackboards, wooden desks, and pot-belly stove. Livin’ the high life. 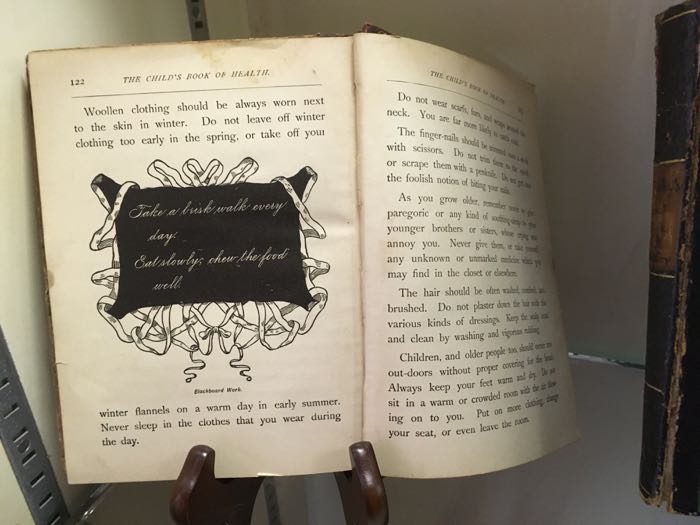 The above book is by Albert Blaisdell, MD and I rather like his simple rules. “Go take a walk every day.” And, “Don’t sleep in the clothes you wore during the day.”

Perhaps my favorite story the docent told me was that in the early 1900s a Model T car crashed into the school. That’s it. That’s all I’ve got, but it’s exciting. The school closed in 1915 and the students were moved to a real school.

Goodrich/Parley led a prolific life; from publishing and editing books and magazines and whatnot before moving into compiling books for children. Text books… which didn’t really exist before him. He was the US Consul to France under Millard Fillmore. He compiled all sorts of educational books for children and adults and most notably, his format for textbooks is still pretty much followed today. 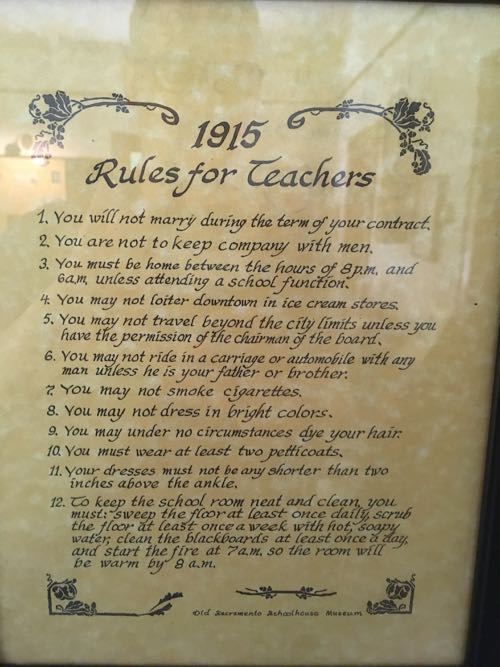 That’s right, the father of educational textbooks was a guy named Samuel Goodrich who wrote under the pseudonym Peter Parley who was born and raised in Ridgefield who went on to write a ton of books, including one about this very West Lane Schoolhouse, which includes a portrait of Goodrich, taken by Matthew Brady.

Hiddem gems, people. It’s all about the hidden gems. My guide was also a gem, and I thank her profusely for her patience both with my lateness and with Damian’s … Damian’s ways. 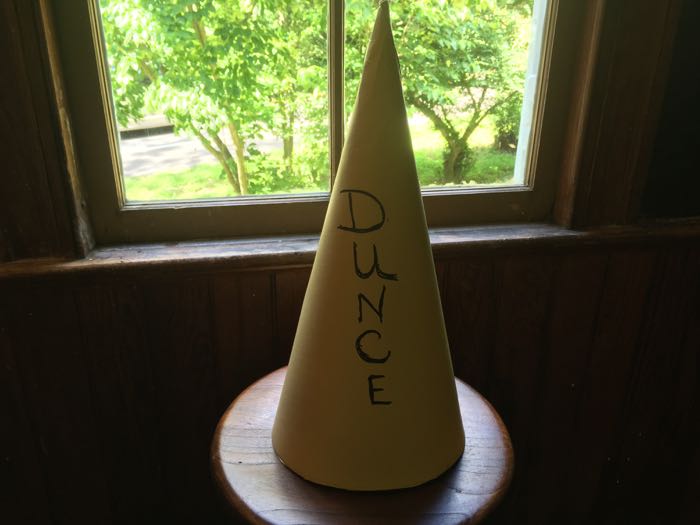