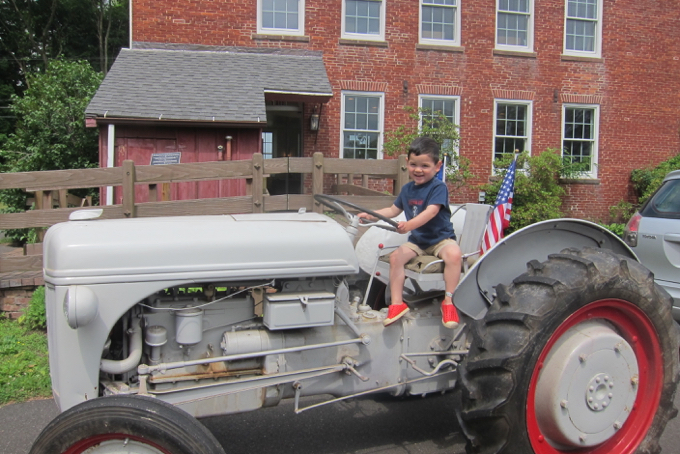 “Well, my love, I know about this website where you can simply search “East Windsor” and the whole world of wonderful East Windsor will unfold before your beautiful eyes.” She merely scrunched her face up more and changed the subject.

I guess it is surprising that there are so many museums in this town. Granted, nine of them are together at only two locations, and a tenth isn’t a “museum” to anyone other than me and a the handful of lucky folks who have had the pleasure of a full-on Thrall Hall tour. But still… there’s a brewery! And a piece of a state park! Annnnnd… other… stuff? One of Connecticut’s two Cracker Barrels is here! “Hey, Hoang, do you remember that time when we had been dating for maybe six months and I got stranded in Milford after helping a friend move and you so kindly drove all the way down there to rescue me? And how you showed up in your rickrack Acura in an A-shirt and torn Daisy Duke shorts that were so short the pockets poked out of the bottom? And how we thought it would be funny to go to the Milford Cracker Barrel since you were wearing the uniform of half the people who eat there? And how I then realized that somehow you look super attractive in those clothes but 99% of Cracker Barrel patrons do not? And how it wasn’t actually funny at all so we just went back home? And then I proposed to you and married you and had two kids with you and started a website about everything in Connecticut that you don’t read which allows me to write paragraphs like this? Ahhh, good times. 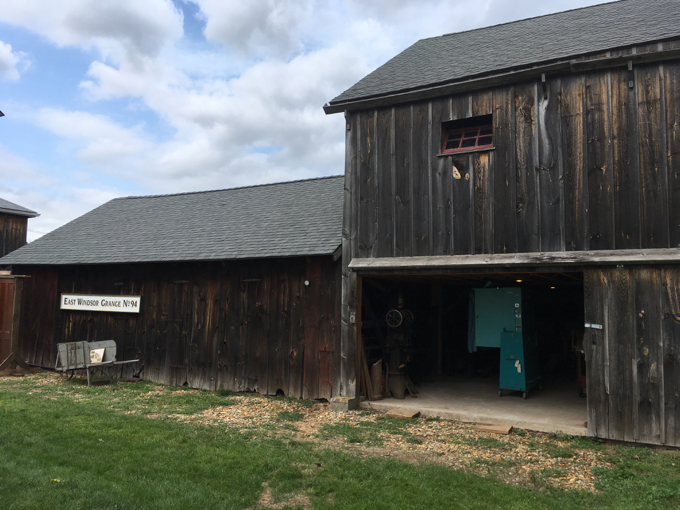 Oh, we also have friends that live in East Windsor.

Friends who likely haven’t been to the East Windsor Historical Society’s Farm Tool Museum. But that’s okay. I have and my boys have and we’re to tell you all about it! Today is your lucky day! First, let’s turn to the Society to get all the information necessary to tell the story:

This building was built in 1975 from part of an 1831 tobacco shed owed by Stephen Potwin. It contains large farm equipment and a carriage used for many years by the local Smith Market. 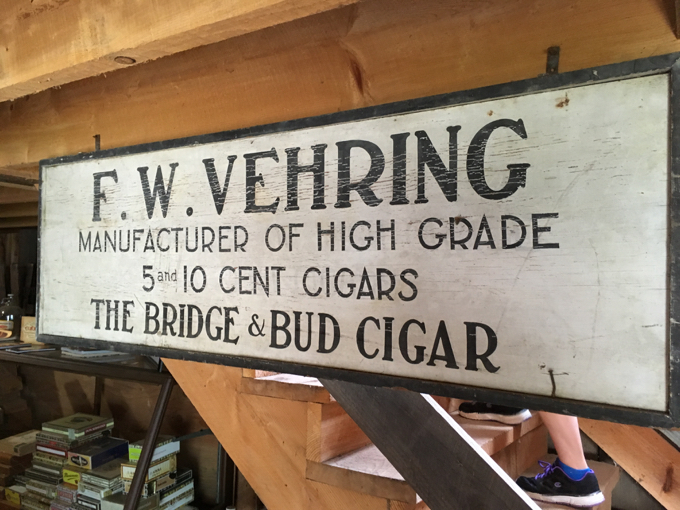 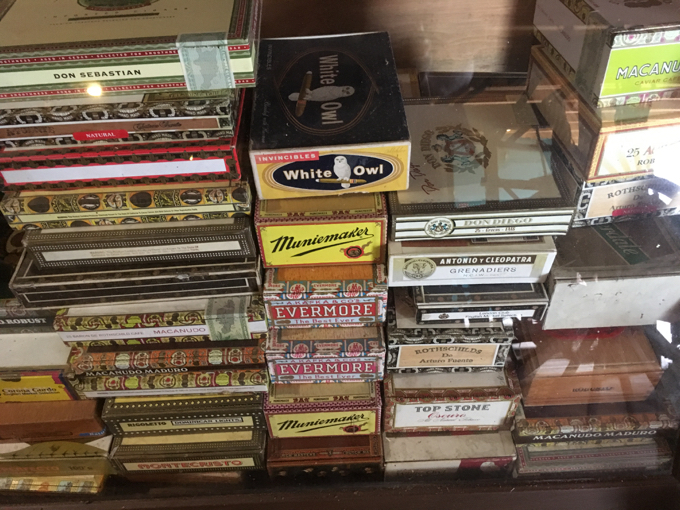 … What? It’s not? You demand more of me? Fair enough. The Farm Tool Museum in the old rebuilt tobacco barn is part of the six-museum EWHS complex in the center of town. Essentially, there was the old East Windsor Academy which was turned into a town history museum, and then over decades, the hardworking Society broke down, transported, and rebuilt the five other museums. They would be this one, the Broad Brook Barber Shop Museum, the Probate Court Museum, the Osborn House Museum, and the Barber Hill Schoolhouse Museum. 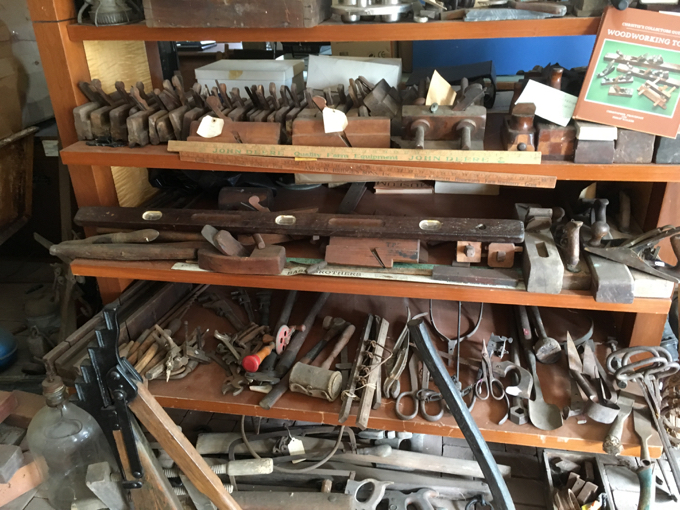 For those of you not on the Connecticut museum beat, you may be surprised to learn that there are dozens of similar farm tool museums around the state. You will not be surprised, however, to learn that they are all essentially the same. These places aren’t really meant for out-of-towners to drive all around to visit them all. No, leave that up to the one lunatic intent on doing that. But you really should check out the one nearest your house someday. Life was hard back in the day, and these places really drive that point home. 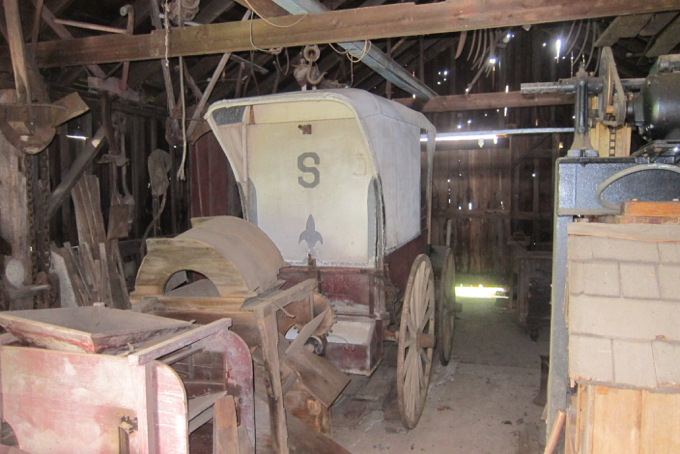 (Because making stuff manually and without electricity isn’t easy. You see.)

East Windsor was tobacco country – and still is to some degree. As such, there are a lot of tobacco tools and signs and old cigar boxes and stuff here. Again, when it comes to upper Connecticut River Valley tool museums, they all share a common tobacco farming history. 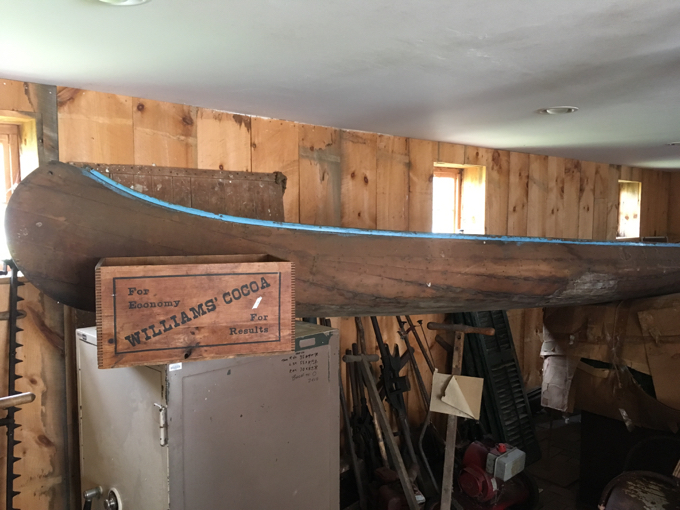 And, as I mentioned, a common present as well. While the Connecticut Shade Tobacco industry is certainly winding down, anyone who flies into Bradley Airport in the summer can still see the billowing white “tents” used to shade the tobacco plants here. I currently work in Windsor right next to an active tobacco field and barn. The iconic barns are being taken down around here slowly but surely, and the plots of land are being sold off for development. So these museums will become more and more important as time marches on.

Beyond the tobacco stuff here, there are the usual old tools. I don’t remember why, but Calvin sure was excited to find an old desiccated corn cob: 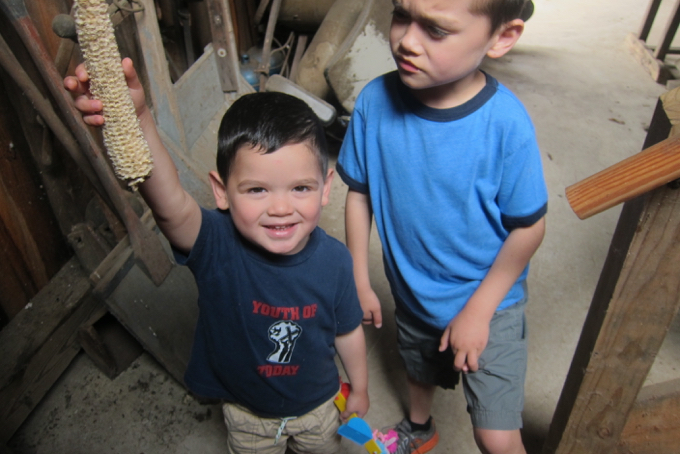 We had free reign, so we went up to the attic/hayloft area – which as a tobacco barn, wouldn’t have been a hayloft per se but you know what I mean. Up there, we found a beautiful scale model of the First Congregational Church of East Windsor, which is located at the same general location as all the EWHS museums. 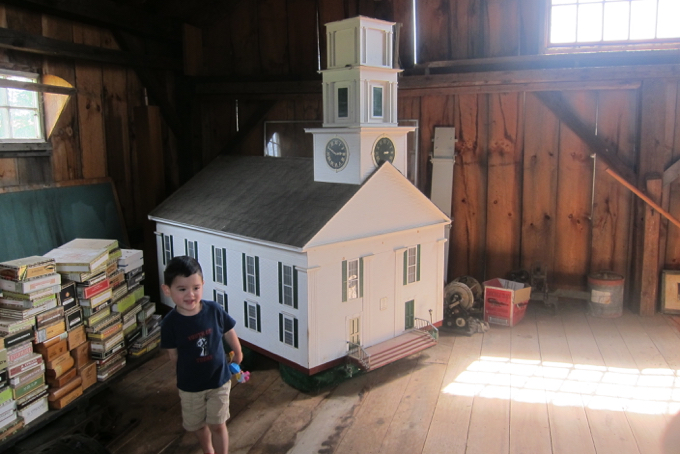 I have no idea why this thing is hidden away in the hayloft of the Farm Tool Museum, but it was at the time of our visit. It’s really well-made and just pretty darn cool. I hope it still exists.

We returned downstairs, poked around a bit more, and then moved on to the Barbershop Museum. Which is a perfectly normal sentence in the CTMQ household. 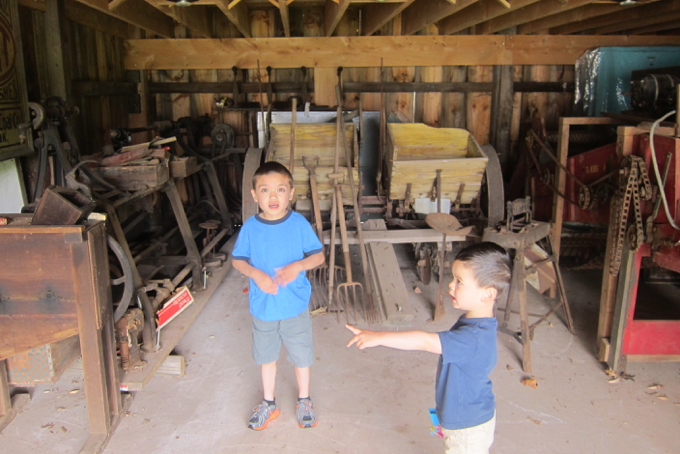