With a new year dawning, I asked my son Calvin to pick a Connecticut town to focus on for possible CTMQ completion. After thinking about several others, he settled on Orange. 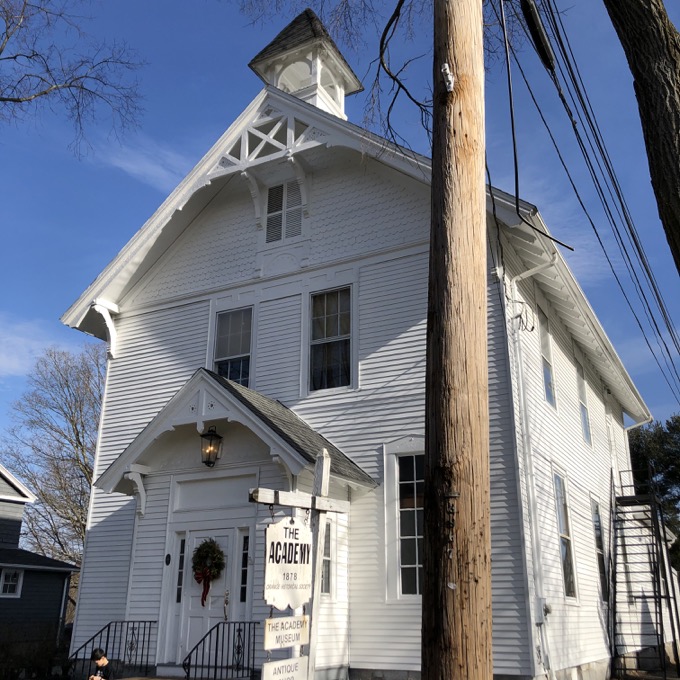 Because… it’s named Orange and that’s a straight up funny name for a town. At least to an eight-year-old.

Perhaps it wasn’t so funny to his eight-year-old mind when, a few days later, we found ourselves immersed deep in Orangiana. After hiking a few Orange trails, Calvin needed some sustenance.

Here kid, have an orange in front of the Orange Historical Society Museum at The Academy. 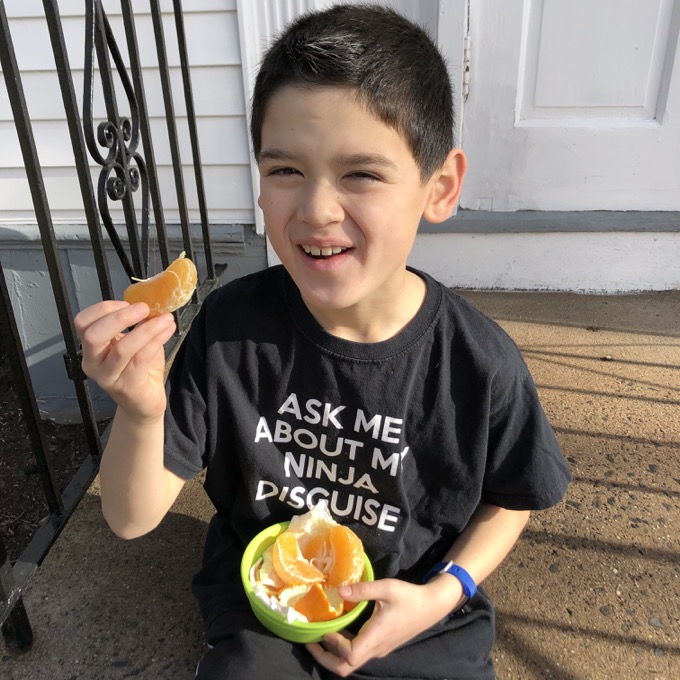 While Calvin snacked, I entered the building and began poking around. After a few minutes, Calvin got bored and came inside, and… BEEP BEEP BEEP! Alarms sounded! Threat Level: Orange.

Turns out you’re not allowed to eat oranges (or anything) inside The Academy. He was banished back out to the front stoop until he finished. Rules are rules. 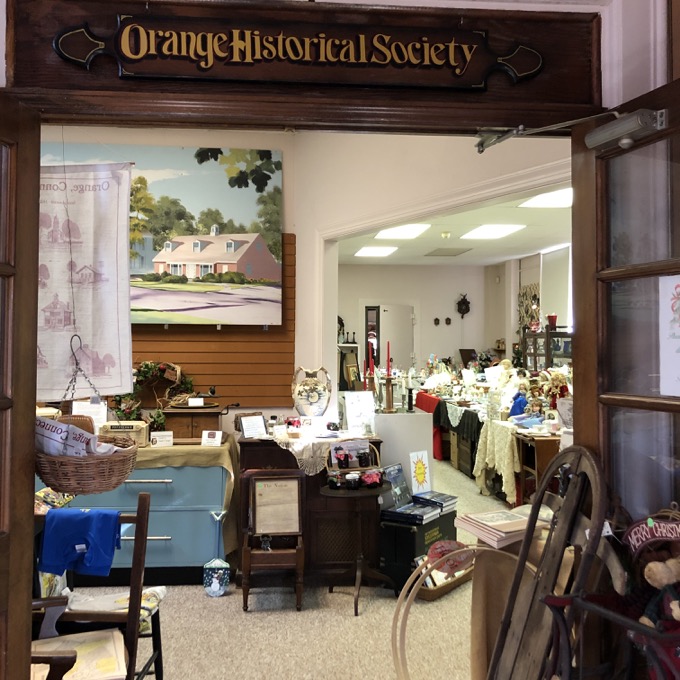 The stately white clapboard building on the east side of the Orange green is known as The Academy. It is the second two-story structure to stand at this location. The first was built in 1812 as a school for students who paid a small tuition, hence the name The Academy. Classes were held on the second floor, while the first floor was used as an assembly room. In 1878, this first building was moved and a new structure of similar design was built on the same site for use as a high school; it later became the Orange Town Hall and housed the town court as well. When the present Town Hall was completed in 1967, The Academy was turned over to the Orange Board of Education, which occupied the building until 1989, when it was leased to the Orange Historical Society. 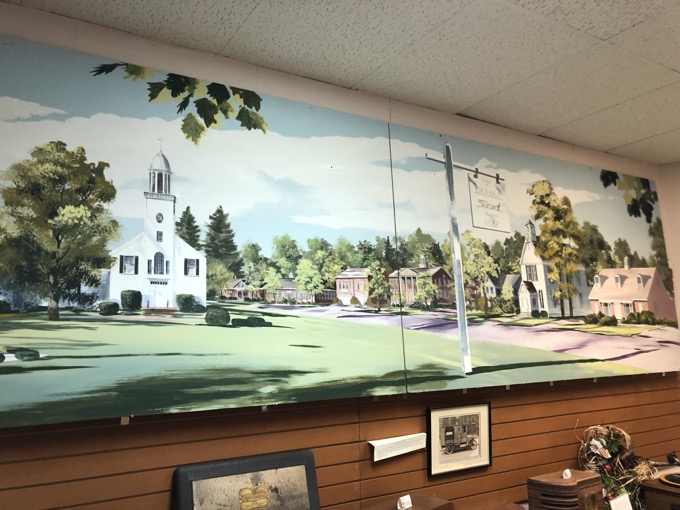 If you have been wondering, the town is named after William III of England, who was Prince of Orange from birth. William is remembered for succeeding James II – who was the jerk who had famously and unsuccessfully commissioned Edmund Andros to seize Connecticut’s Charter. (That’s the story with the charter hidden in the tree and all of that up in Hartford.)

And if you want to go a deeper shade of orange, this Wiki page will suffice. France! Prussia! England! The Netherlands! It’s all a bit ridiculous. 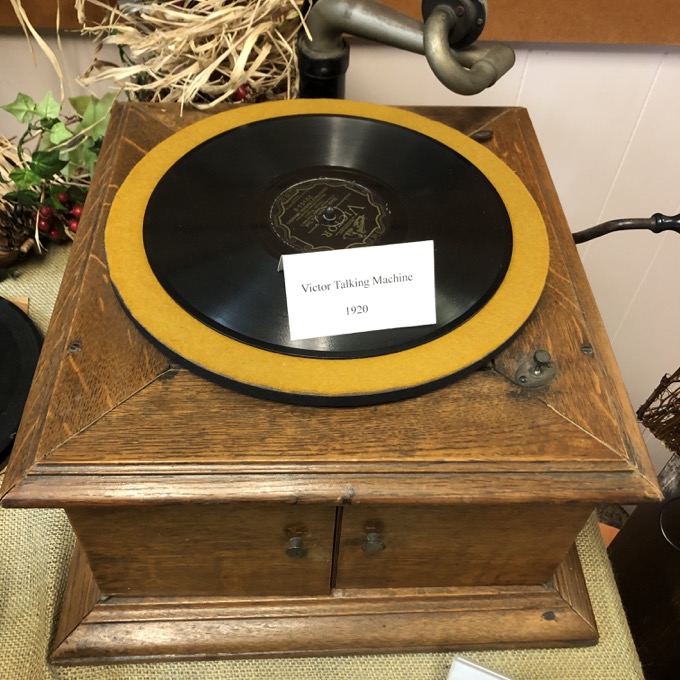 As I wandered around the one-floor museum displays, I was asked if I wanted any help or guidance from the docent. “No thank you, I’m just looking around.” On the one hand, I was “just looking around.” On the other, I’m not sure “No thank you, this is my 457th museum in Connecticut and I’m just out with my orange-eating son in Orange who chose Orange for us to try to ‘complete’ this year, so I’m just going to wander around, silently judge you and your collection, take a bunch of pictures and abscond into the Orange afternoon, giddy that we picked off one of your town’s museum in January, a time when not many town history museums are open. Thanks!” would have worked so well. 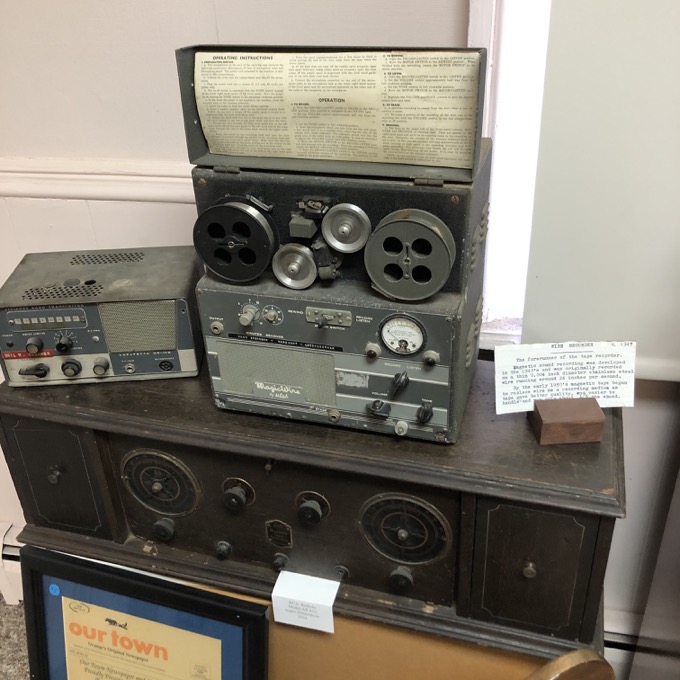 The vestibule contained a collection of technology. It seemed to be a collection of stuff that the Silent Generation and older Boomers fondly recall from the “good old days.” Manual typewriters, Victorolas, old recording equipment… things of that nature. I particularly liked the 1970’s rotary phones with the “Do Not Touch” signs. 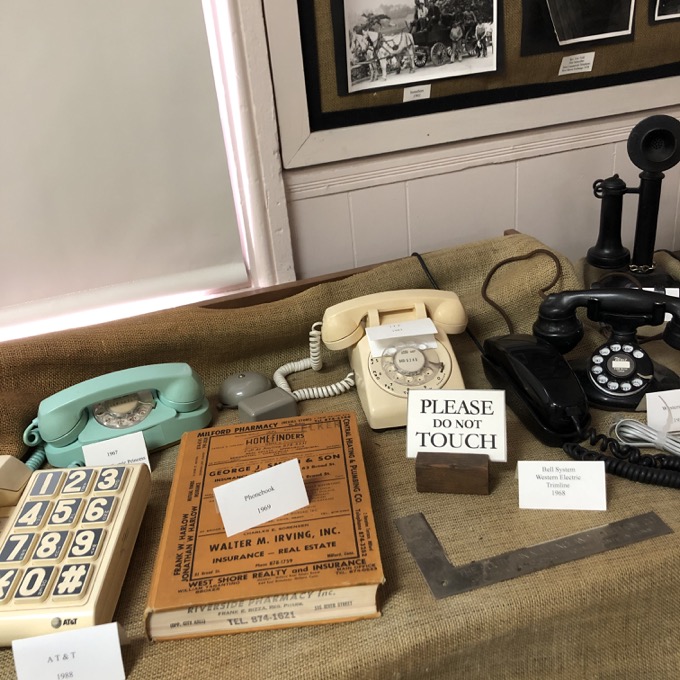 Something that existed in my life in my house into high school warrants a “do not touch” sign at a history museum? Oh dear. That’s somehow disconcerting to me suddenly.

Hm. What else has been largely obsoleted since my college years? 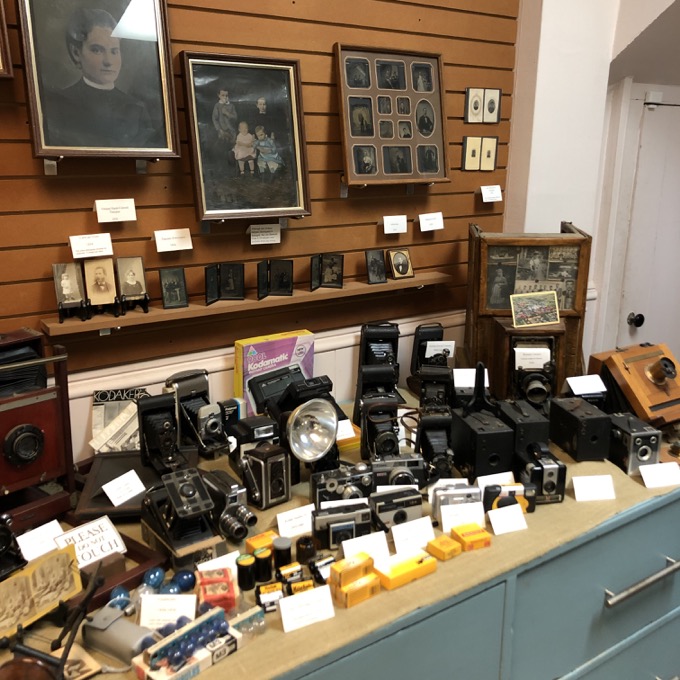 Sigh. At least I’m not as old as the coolest part of this little collection: a 19th-century comptometer.

The comptometer was the first commercially successful key-driven mechanical calculator, patented in the United States by Dorr E. Felt in 1887. 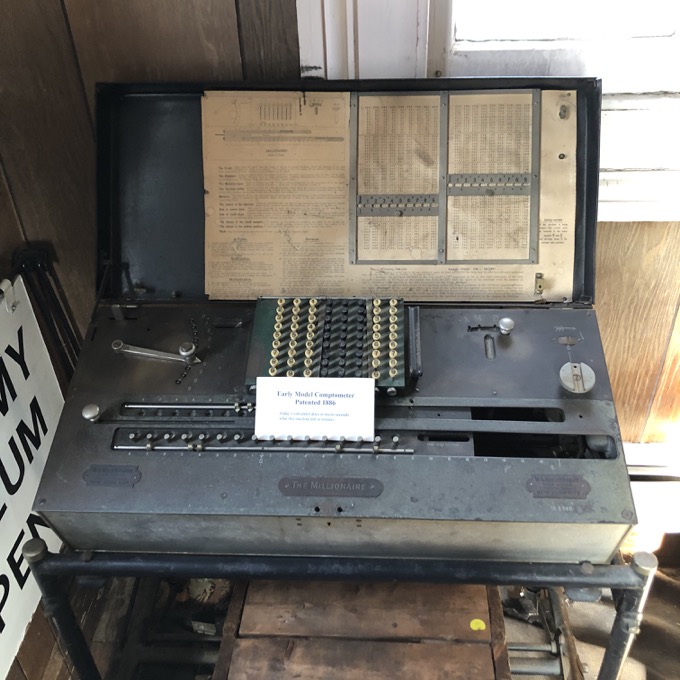 A key-driven calculator is extremely fast because each key adds or subtracts its value to the accumulator as soon as it is pressed and a skilled operator can enter all of the digits of a number simultaneously, using as many fingers as required, making them sometimes faster to use than electronic calculators. Consequently, in specialized applications, comptometers remained in use in limited numbers into the early 1990s, but with the exception of museum pieces, they have all now been superseded by electronic calculators and computers. 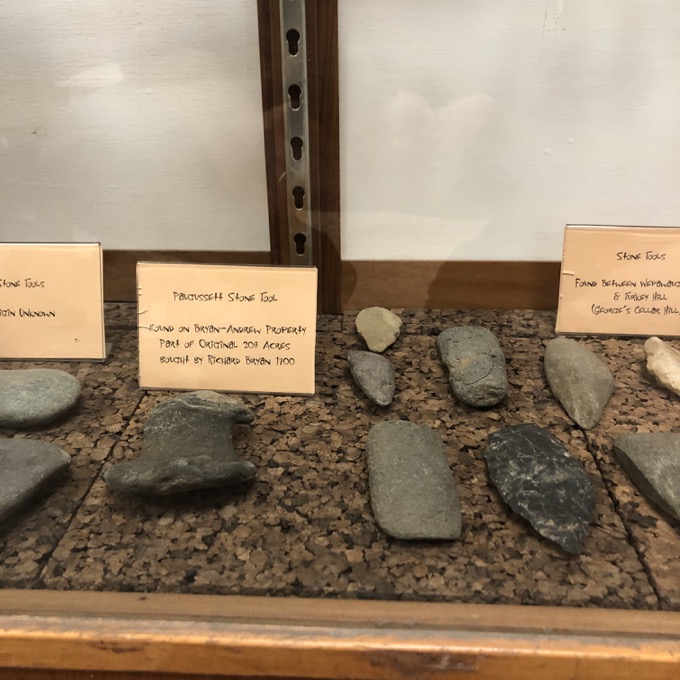 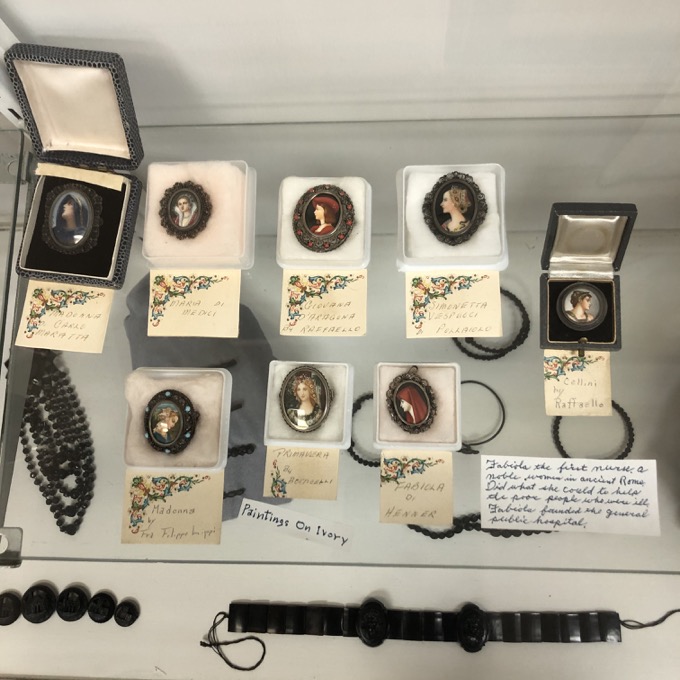 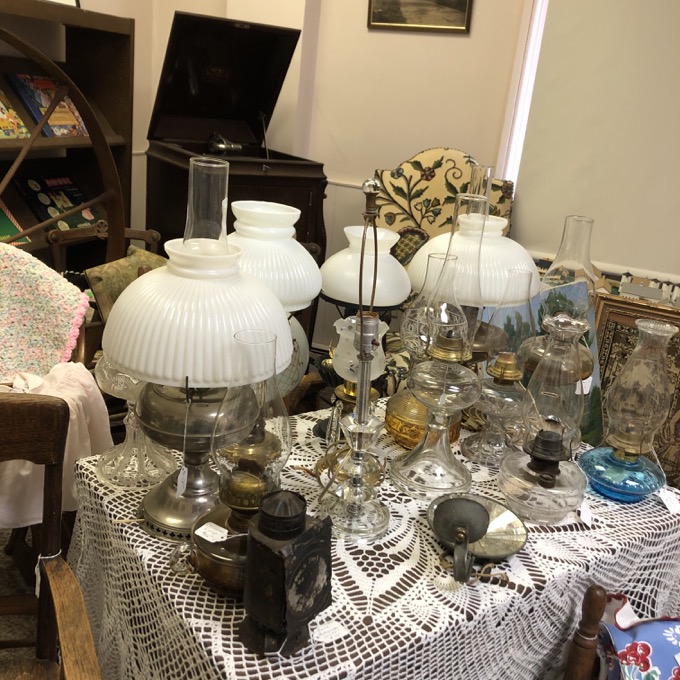 Okay, Calvin, are you done with your orange in Orange yet? Good, because I need a partner in crime here.

During our visit, there were dolls all over the place. As any CTMQ reader worth his or her salt knows, Calvin and I love dolls. Dolls, dolls, dolls… 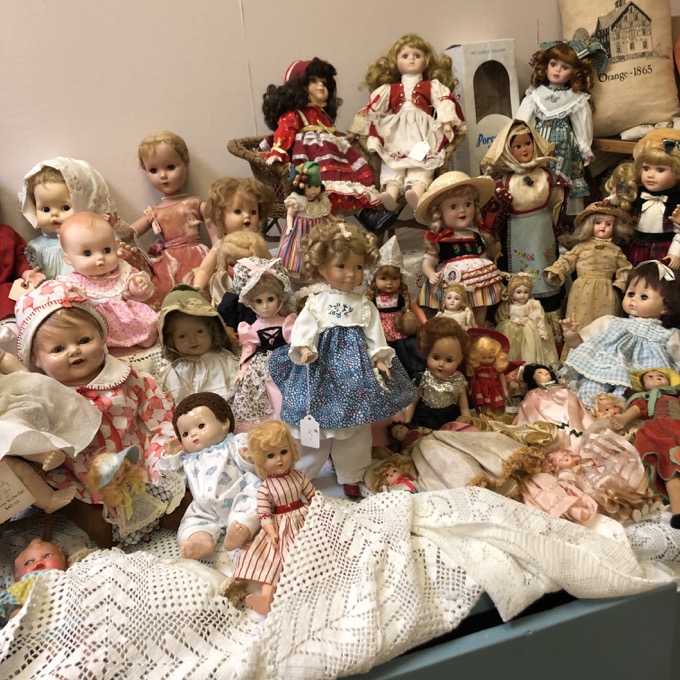 Terrifying. Absolutely terrifying. The Academy either serves as a year-round town tag sale hub of sorts or that’s what happens in the winter. Or something? (Of course, I could have asked the wonderful woman who kept wanting to help me, but… what is wrong with me? Such a simple question.)

All of these dolls were for sale. There was a bunch of other stuff for sale as well. There was a whole small room filled with stuff – mostly dolls – for sale. We did not purchase any dolls, but if we were in the tertiary doll market, Calvin found this little guy with vitiligo of interest. 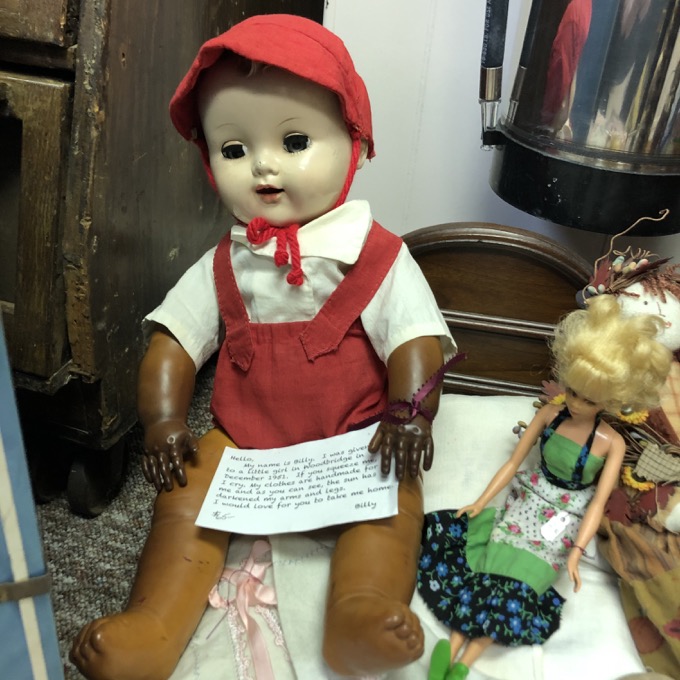 With both of us a bit confused, we slunk back to the furthest reaches of the museum. Into a back room set up like a one-room schoolhouse. Thank goodness we were away from the dolls and could relax with some old-fashioned learnin’. 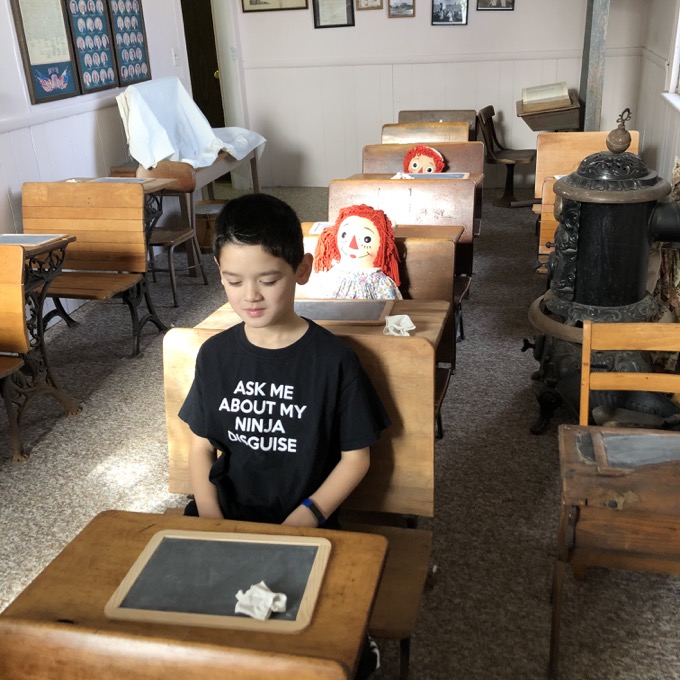 Calvin noted that it didn’t seem all that different from his own 3rd grade classroom in 2020. The desks were comfortable enough and the slate chalkboard was more or less the same as his Smartboard and… 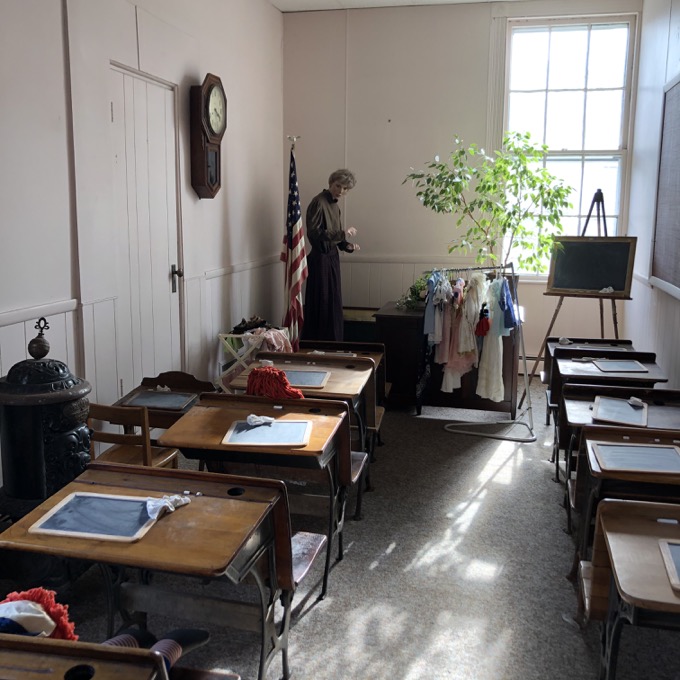 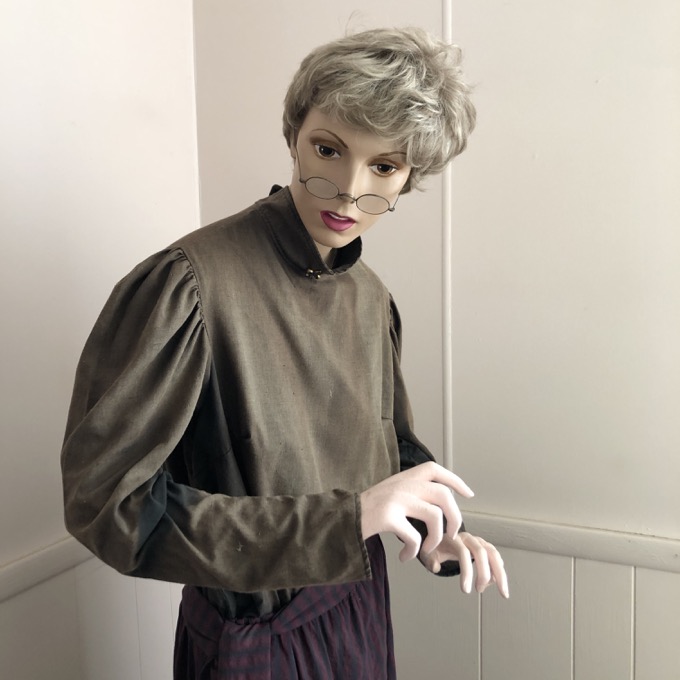 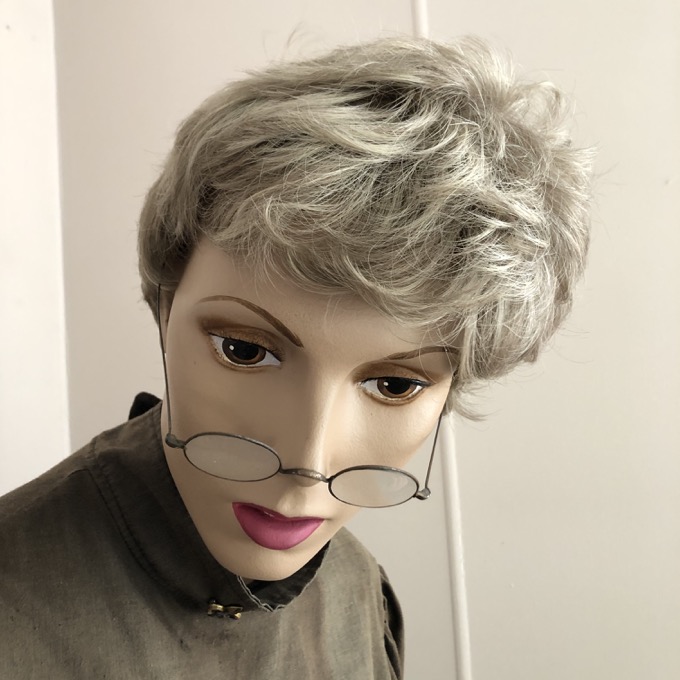 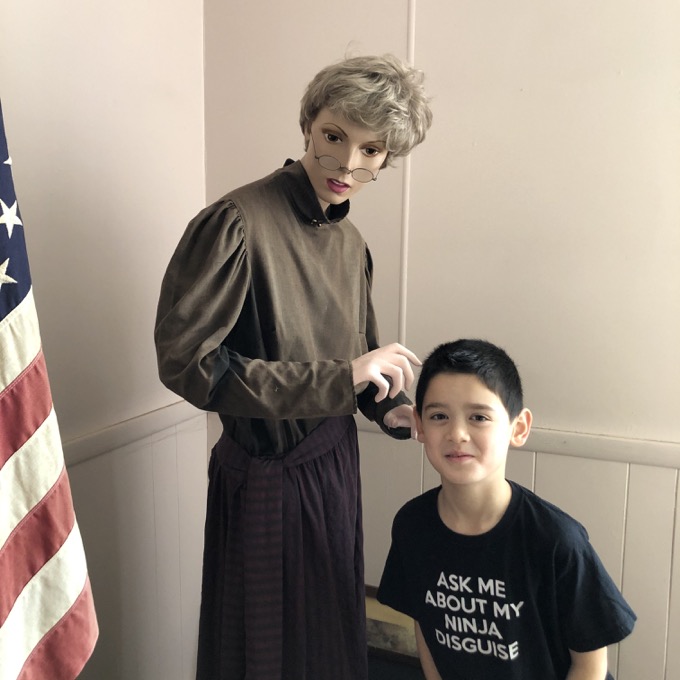 Calvin was never seen again. He was a good kid.

As for me, I wandered into the last little side room which contained some historical Orange documents like tax records and land ownership stuff from a century ago. The usual old toll-road rates sign hung on the wall and there was a small display about the town’s relatively recent sesquicentennial celebration. 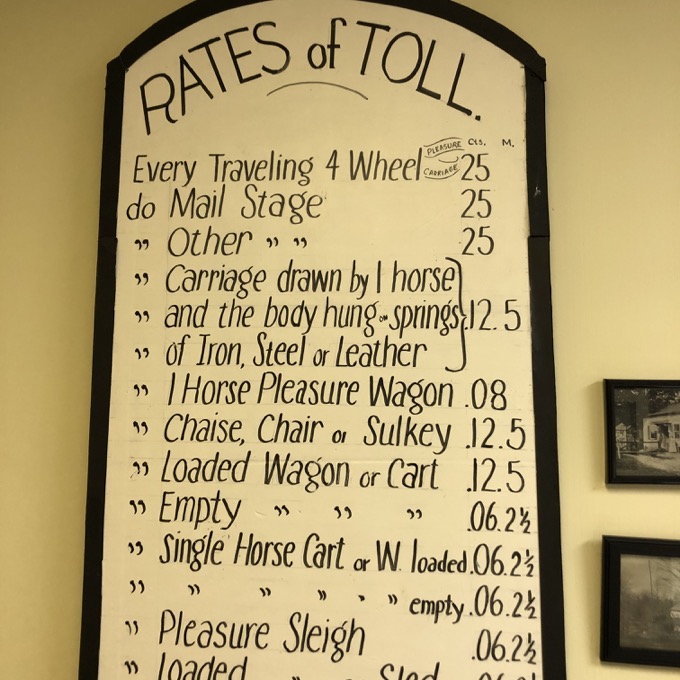 With Calvin no longer in my life, I was able to read up on Emily Prudden, a rather important Orangite.

Emily Prudden was born in Orange in 1832. Upon the death of her sister, Miss Prudden took over the care of her children. After they were grown, she decided to leave Orange in order to work with the poor of North Carolina. She had now reached middle age and was slightly deaf; however, this did not deter her. Using her own funds she built and equipped a school to educate the children of poor families. When she saw that the school was operating well, she turned it over to a mission board and started another. All in all she founded 15 mission schools and colleges in the South before her death at 85. She is buried in the Orange Cemetery.

Impressive to say the least. I was just about wrapped up here and did have a nice little chat with the woman. Calvin reappeared out of the vortex and we were happy to be done with all the scary experiences for the day.

It was then I took one last look at some old pictures on the wall, and… 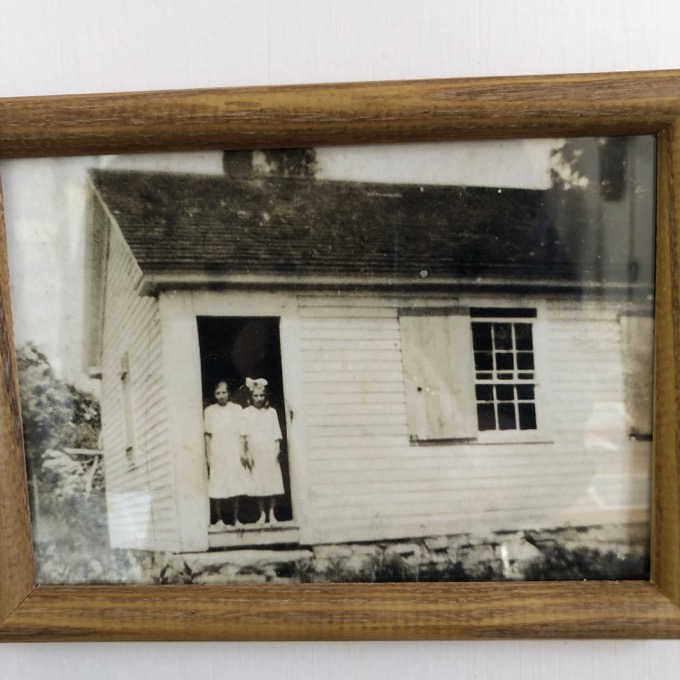 Everything In Orange Is Terrifying. Threat Level Orange indeed.