I had some time and I had a map. I needed no other reasons to get in my first official Mansfield Town Trail – oh, other than the fact that I was literally one minute away from the trailhead I guess.

UConn/Storrs has changed so monumentally over the last two decades, parts of it are barely recognizable to me. Heck, there are hotels and stores and a shopping district and even sort of a “downtown” now. Weird. 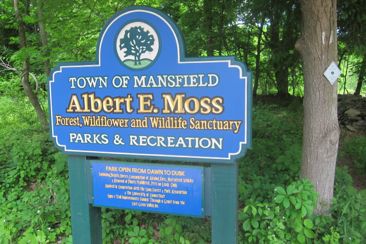 But here’s the funny thing about that – the Mansfield area surrounding Storrs is pretty much still the same: forests and fields and cows and stonewalls. (Okay, 195 west of UConn is more developed, especially if you consider that Kathy John’s is now a Cumberland Farms… if you consider that “development”.) East and South and north of campus are still pretty much the same as they’ve been forever.

That is to say, even in 2014, if you were to come to campus via I-384/44/32/North Eagleville shortcut, you will still be amazed when the campus appears once emerging from the cows and the woods. 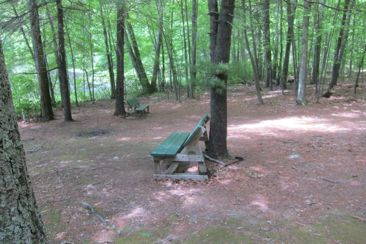 Anyway, my point of this rambling is that there are still places like the Moss Sanctuary right next to the home of the 2014 National Champion basketball teams. “Teams” with an “s,” people. Shaboom-Shabazz. I love that kid.

At the time of my visit, the Moss Sanctuary was one of the newest pieces of protected land in the state. While it seems to be overseen by fifty different organizations, it was christened as its current incarnation in June of 2011. Okay, maybe not “fifty” organizations, but just read this from Peter Marteka’s column about the property:

In 2010, the town purchased the sanctuary from UConn to preserve its diverse habitats and to serve as a “village woods” with walking trails. The sanctuary had been an outdoor classroom for university and town programs.

The Connecticut Forest and Park Association holds a conservation restriction on the land to ensure its preservation as forest and wildlife habitat. In 2010, the Last Green Valley Inc. awarded a grant to the town to improve accessibility and awareness of the sanctuary. Volunteers from the association, Eastern Connecticut Roving Trail Crew, the Mansfield Mustangs, UConn Community Outreach, EcoHouse and students from E.O. Smith High School worked on the trail improvements. 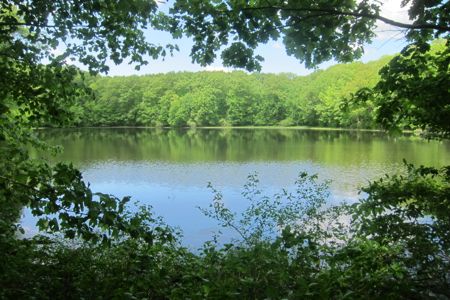 I’m glad I didn’t have to sort all of that out. And now it’s under the aegis of the town of Mansfield. But Uconn helps. And the CFPA built a bridge for them.

All this for a little 135-acre parcel near E.O. Smith High School. It offers two loop trails through a variety of forest settings and around a pond. It is named in honor of Professor Moss, the inspiring educator in UConn’s Forestry Department from 1914-1942. He developed the first curriculum in forest management at UConn in (1924) and in wildlife management (1932). 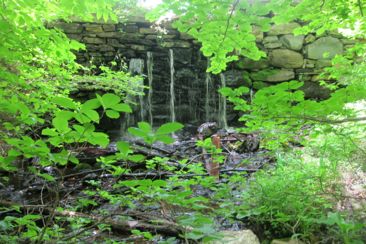 As an Ecology and Evolutionary Biology student at UConn, I knew a bunch of people in the modern day forestry program. I hope they all venture back up here to take in the wonder of the Moss Sanctuary.

There are several access points, but there is a small hiker lot on Birchwood Heights Road, maybe 100 feet off of 195. The property’s focal point is the 5-acre Tift Pond in the center. There is a trail that simply goes around the pond, and then another one that heads away from it and up a small hill. I did half of the pond loop and the full larger loops.

The pond was created between 1846 and 1866, as an auxiliary water source for the silk mill, owned by John and George Hanks, located a mile downstream. The trail takes hikers to the dam and also offers a decent little view of the fake waterfall that runs over it.

And now is the part of this page where I blow you away with typical colonial state trivia that may – or may not – be true. Ready?

The original silk mill that was here (1810) is reportedly the first such mill in the U.S. and is now at the Henry Ford Museum located in Deerborn, Michigan. Wow. Right here. In these woods! At this pond! 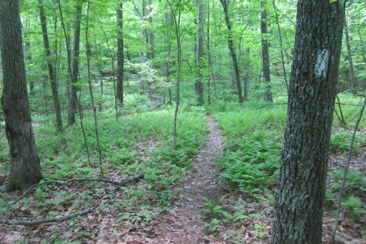 Dubious? Well, there’s this: “The first silk mill in the United States was begun by Rodney and Horatio Hanks, at Mansfield, Connecticut in 1810” from a reputable source. But let’s see what’s up at the Henry Ford Museum … From a recent program at their little outdoor “real live” old timey museum thing: “Hanks Silk Mill Demonstration.”

Holy crow. I wish I took more pictures, as this is fairly important.

It’s also why I do CTMQ the way I do it – thoroughly. Now I can say that I’ve been to the site of the first silk mill in the United States. One more checked box on my resume of nonsense! I love it. (Someone needs to put a plaque or something there though. It’s important.)

Other than the nice little pond and well-marked trails, there’s not too much else going on here. There is a little picnic area with benches amongst a pine grove near the pond. There is another nice grove of white pines that was planted in 1932 by Professor Moss’s students to celebrate George Washington’s 200th birthday.

(Though I think we can agree that there is NO WAY they planted them in February in Mansfield, CT.)

Mansfield has a bunch of mapped trails, and seem to sort of overlay a lot of Joshua’s Trust land here and there. In other words, a day (or weekend, as there are hotels there now! Wow!) at UConn means you can hike some cool properties just off of campus, be they Joshua’s Trust or Mansfield trails. 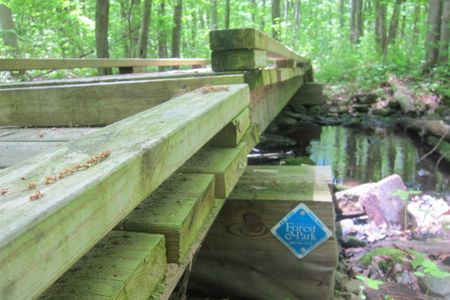