It was a murky, gray, drizzly day here in north central Connecticut. My sons were being lazy bums. I didn’t want to be a lazy bum all day, so after arguing with my 5-year-old about going on a short walk, I went alone. 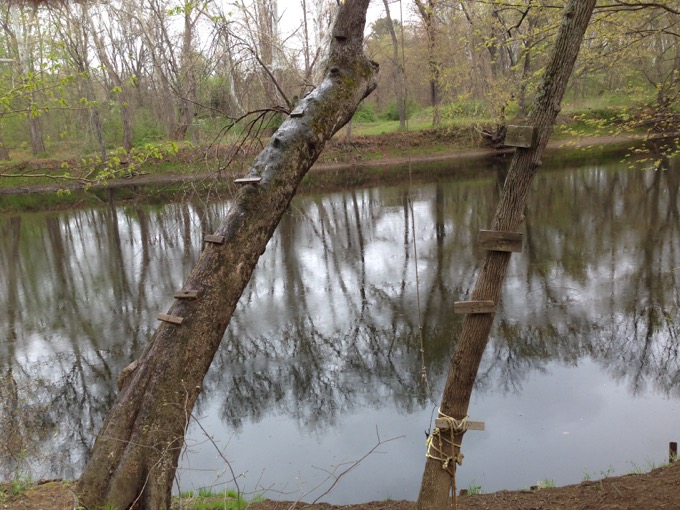 Kid didn’t know what he was missing. (I know what I was missing – my camera. The pictures on this page were all taken by my iPhone and as you’ll see, I can’t seem to keep my fingers out of the way with that darn thing.)

The entrance to Alsop Meadows is near the foot of “Avon Mountain,” on the Avon side. There’s a little road called Nassau Drive, named for a long-departed furniture store that stood nearby. Nassau Road is a one-lane torn up, sad little thing, but it does the job. 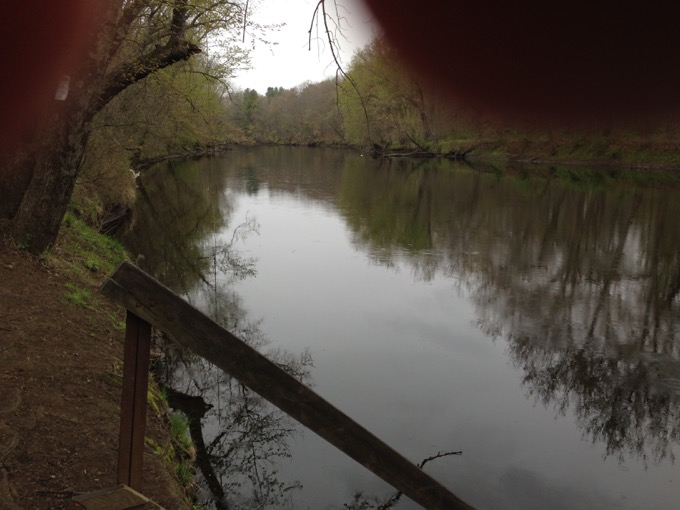 After a short drive through the woods, I found a fairly large parking lot. I think this post may become one of those, “Hey you jerk, why did you tell the world about our secret spot!” posts. Oh well. 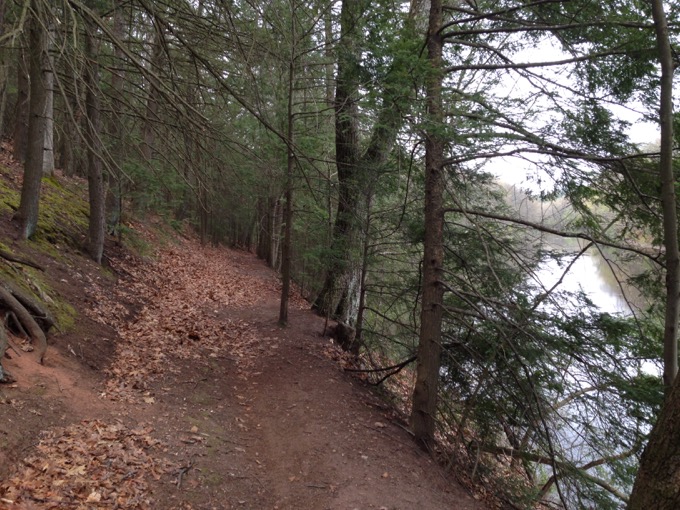 There’s a canoe launch for the Farmington River here, which is nice to know. There’s also a giant Avon community garden AND an oddly located lacrosse field. Who plays here? I imagine Avon Old Farms (across the river) has their own fields and surely Avon High School does as well. 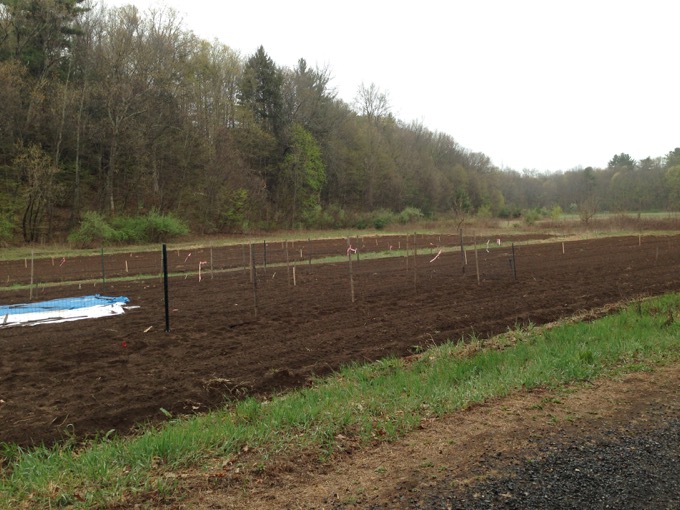 Ghost Lacrosse: Where Booing the home team is the right thing to do.

Once past the lacrosse field, the road turns to yellow-blazed trail and enters a nice little grove of pines, right alongside the Farmington. It’s quite nice, I must say. While there was evidence of teenage partying, it really wasn’t too bad at all. 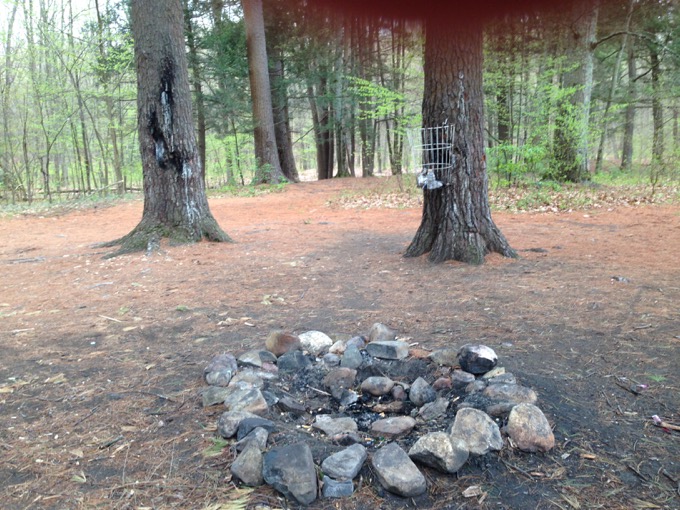 There are a few rope swings along the river and quite frankly, they look terrifying. The Farmington isn’t too deep in the summer, so be careful, Avon kids. 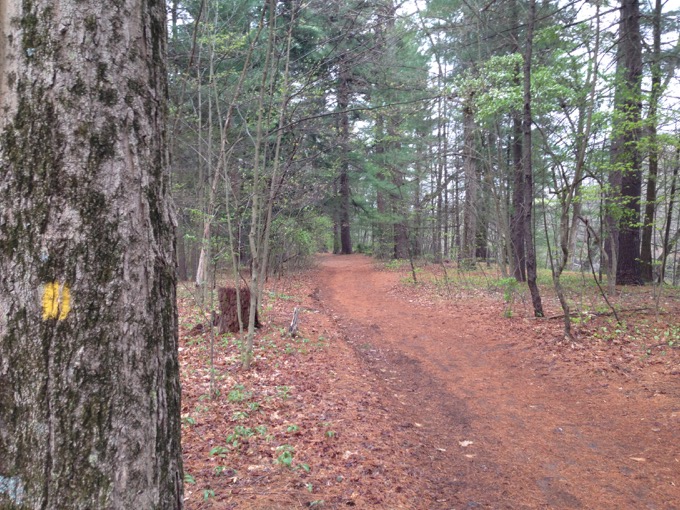 Alsop Meadows was acquired from the Woodford Farm Corporation in the late 1970’s. The property is named for Stewart Johonnot Oliver Alsop, an Avon native who was a prominent newspaper columnist and political analyst. A granite market at the parking area notes that some Eagle Scout made this place what it is today, with the trails and stuff. 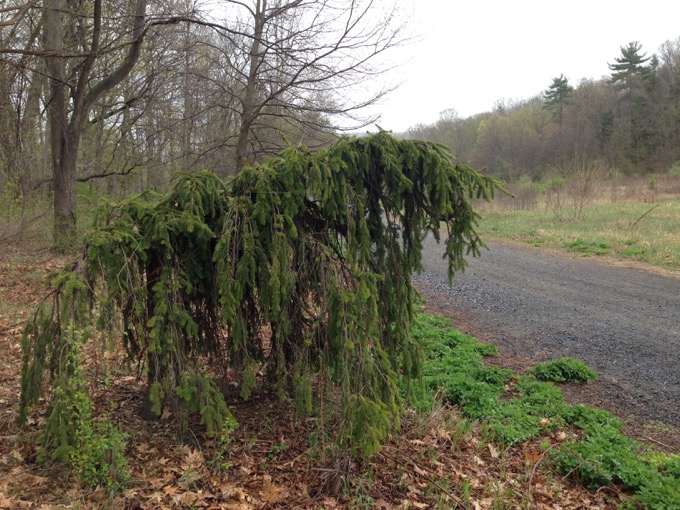 Out of place weeping cypress

As I walked along the river, I noticed a rather nice little set-up on the other side. Hammocks and a sort of beach house and a large pond with waterskiing jumps… what the heck was this place? I had never noticed it before.

It turns out to be a private pond. Whoever owns it, has a really nice set up. Just south of the private pond, is the public Sconsett Pond. This is at the northern end of another Avon property – Fisher Meadows. 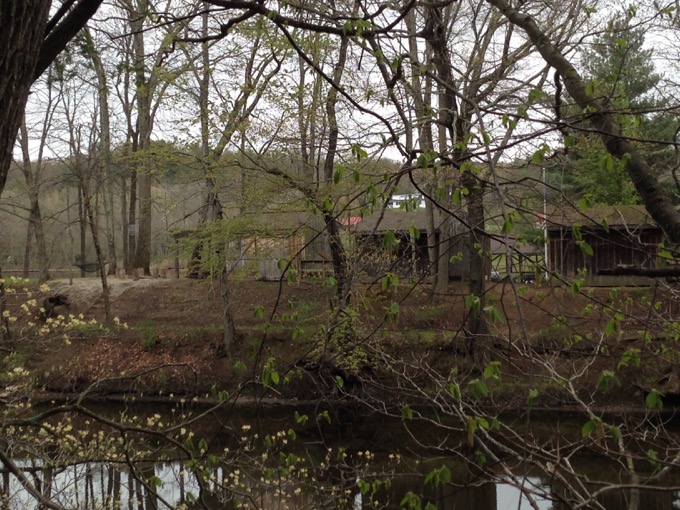 Mystery private haunt across the river

As for the Alsop side of things, the trail ends abruptly with a barrage of “KEEP OUT” and “PRIVATE PROPERTY” signs. I think the official Alsop trail did a U-Turn well before this unofficial end, so I went back to that and took the upper portion of the yellow trail. 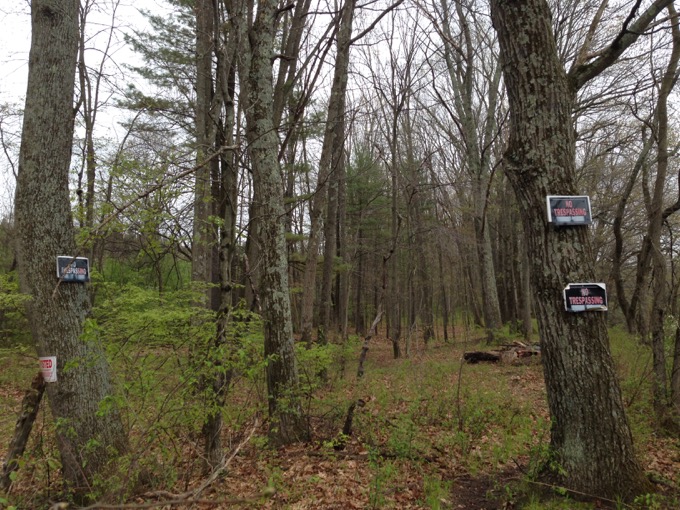 There’s actually an upper-upper trail that will take you to the back of some apartment complex off of route 10. It’s not worth the effort, especially the near-vertical ladder up an embankment to get there. 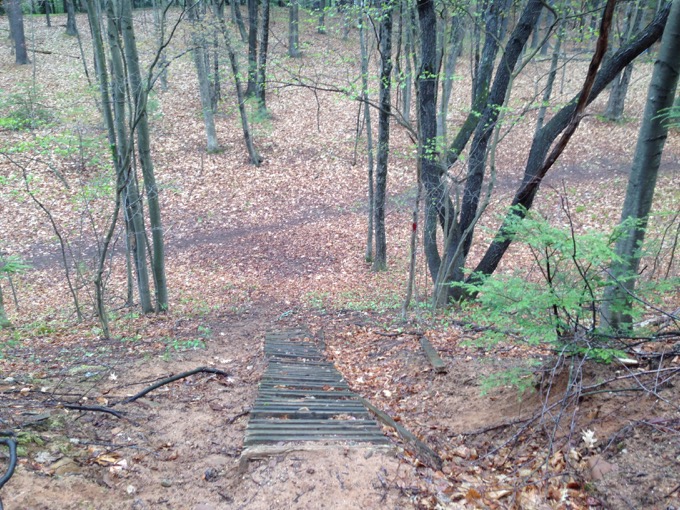 The trail ladder up to nothing noteworthy

The upper yellow trail (away from the river) will take you back to the other side of the ghost lacrosse field and ultimately, back to your car.

As long as the ghosts don’t steal it. 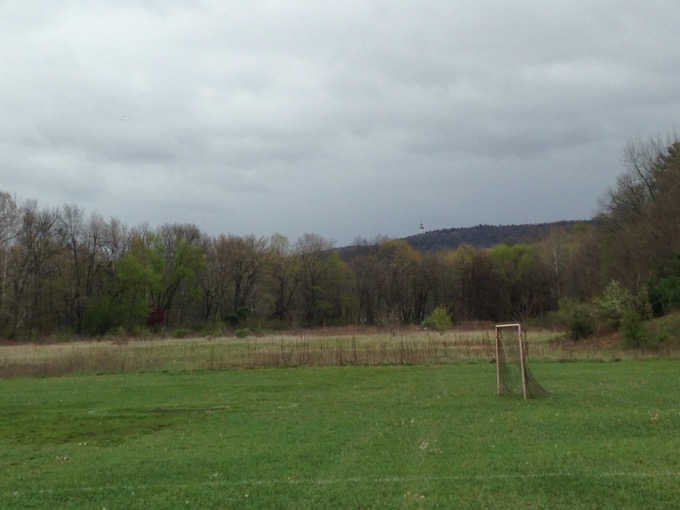 The Heublein Tower from the ghost lacrosse field