I would confidently state that no one hikes this property without hiking the Rose Trail at the historic Bolton Heritage Farm. There is another way to access the trails here, but that would mean walking along the Hop River State Park Trail, which, now that I think about it, is certainly a viable option. 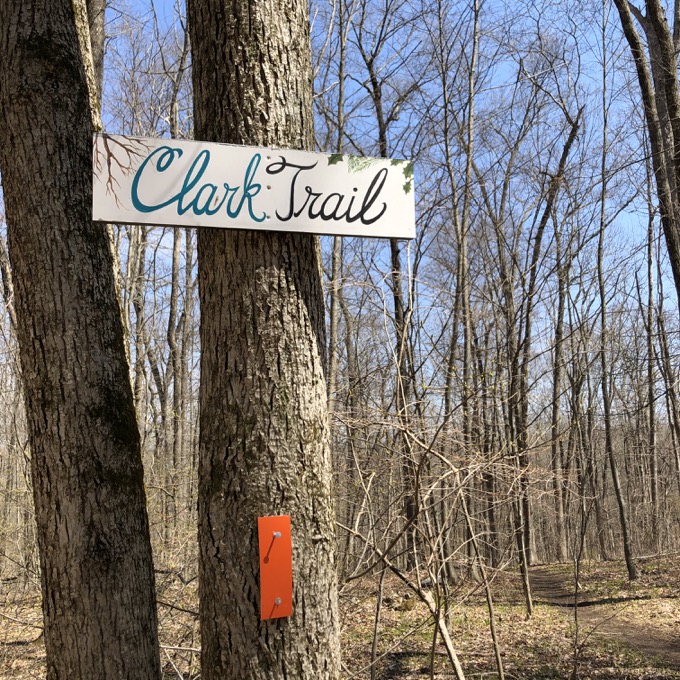 Calvin and I did the former, parking at the top of the hill at the historic farm and made our way through the fields and woods down to the Hop River Trail. Directly across begins the Edith Toomey Clark Trails.

This property was donated to the Bolton Land Trust in October, 2018 by longtime Bolton resident Jim Clark and former Bolton resident Nancy Fleming. In the Clark/Fleming family for 46 years, the land was given in memory of Edith Toomey Clark who died in September, 2017. Jim and Nancy felt that Edie would have wanted the property to become part of the preserved landscape of Bolton which Edie so loved. The 40-acre parcel is adjacent to the Hop River State Park Trail and Camp Johnson and is across the rail trail from the Heritage Farm. Two hiking trails cross some small streams and are steep in some areas. One trail is marked with solid orange markers and the other, which brings you along the banks of the Hop River, is marked with orange and white markers. Trails are open year-round for non-motorized uses. Park at the Steeles Crossing Road trailhead and walk about 1,000 feet along the Hop River State Park Trail to the beginning of the Clark Trail. 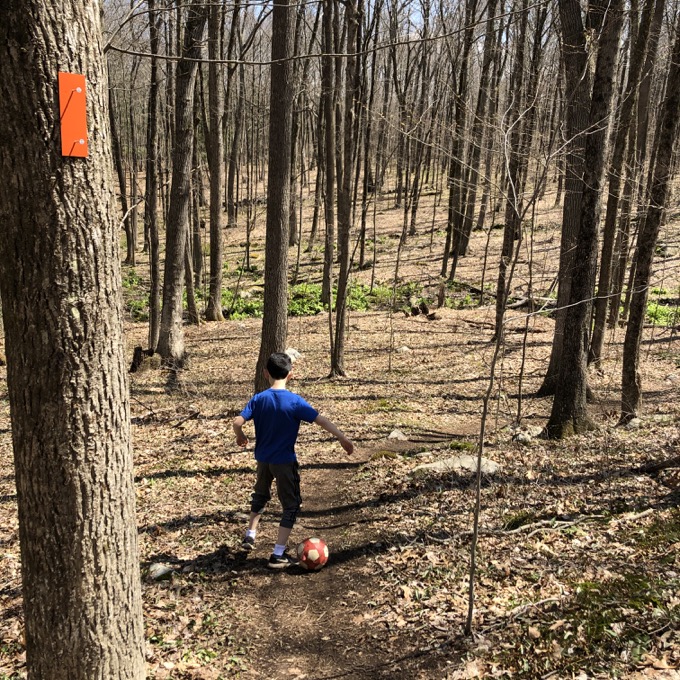 As I was saying, no one hikes here without starting at the Heritage Farm, and… oh. Wait. The Bolton Land Trust tells you to start along the rail trail. Just goes to show you that I have no idea what I’m talking about.

However, starting up at the top of the hill will allow you, nerdy ecologist parent, to show and describe the differences between the fields at the higher elevation and the marshy lowlands down near route 6. There’s also an impressive gully down there too, near the private Camp Johnson. There are a lot of different micro-eco-niches here. 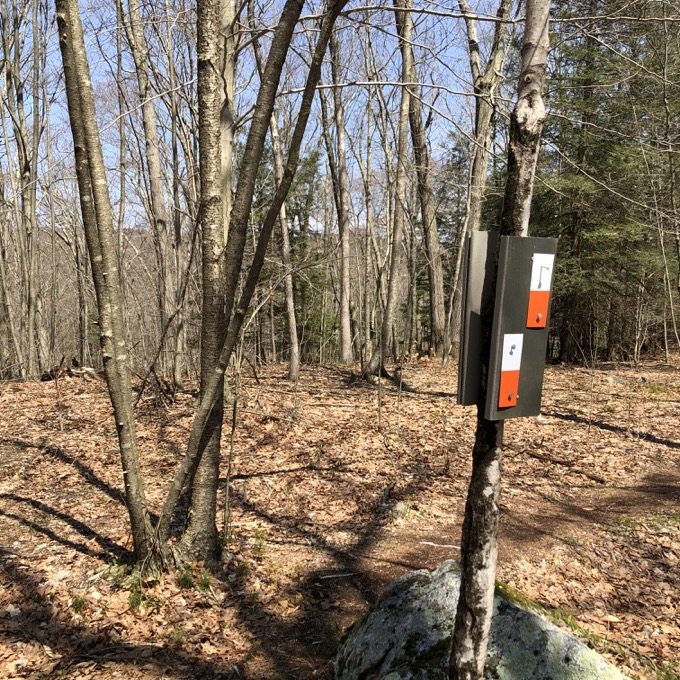 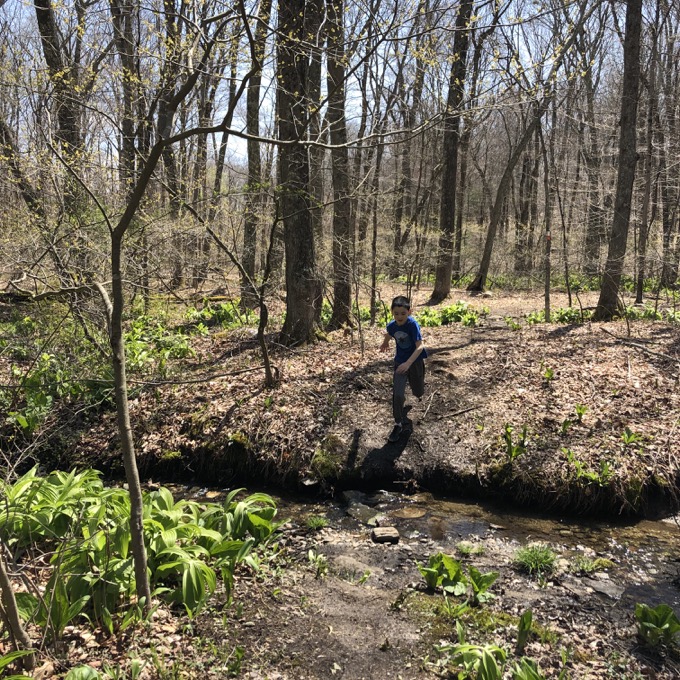 Oh yeah, Calvin had his soccer ball with him like (almost) always because that’s how he rolls.

The orange loop is shorter than the orange-to-orange/white loop. But c’mon. You came here, you’re doing the full loop. And that way, if you started at the farm at the top of the hill, you can say that you went all the way from the top to the bottom and back up again. 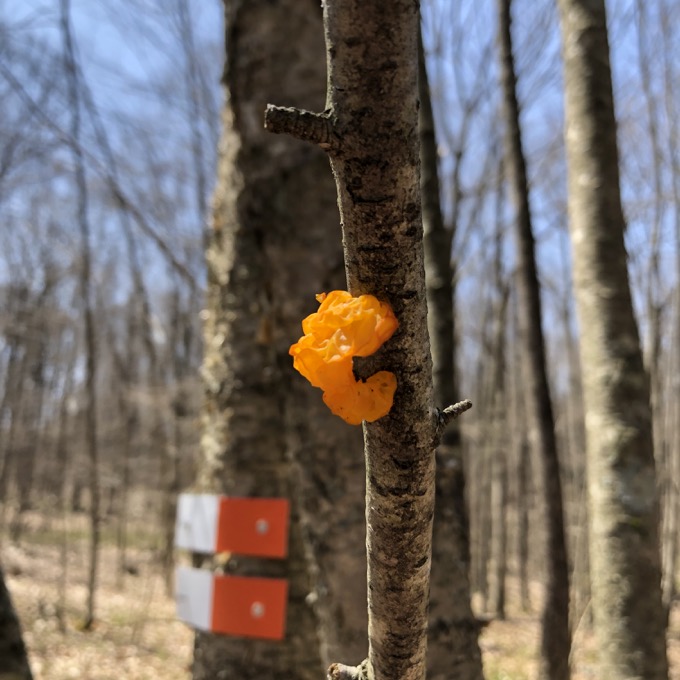 The trails here are excellently maintained – which is a theme for the Bolton Land Trust – and blazed. walking down along the Hop River is nice, and route 6 is fairly well hidden from view. After passing an open marsh, we began to climb back up the hill… gently at first, then a bit more in earnest.

When we found ourselves alongside a fairly steep and deep gully, I was a bit surprised. a small waterfall tumbled down from Johnson Pond which doesn’t appear on any waterfall list I’m aware of. So I’ve dubbed them Johnson Pond Falls and wrote about them. 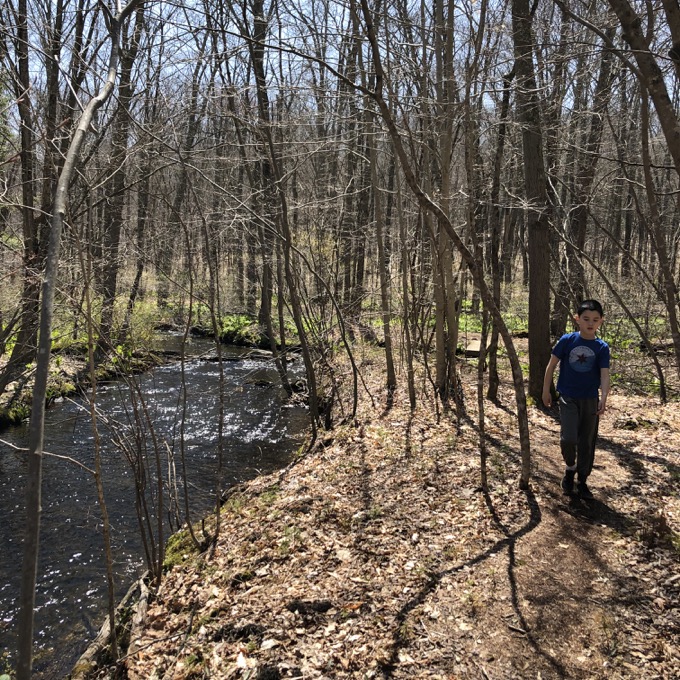 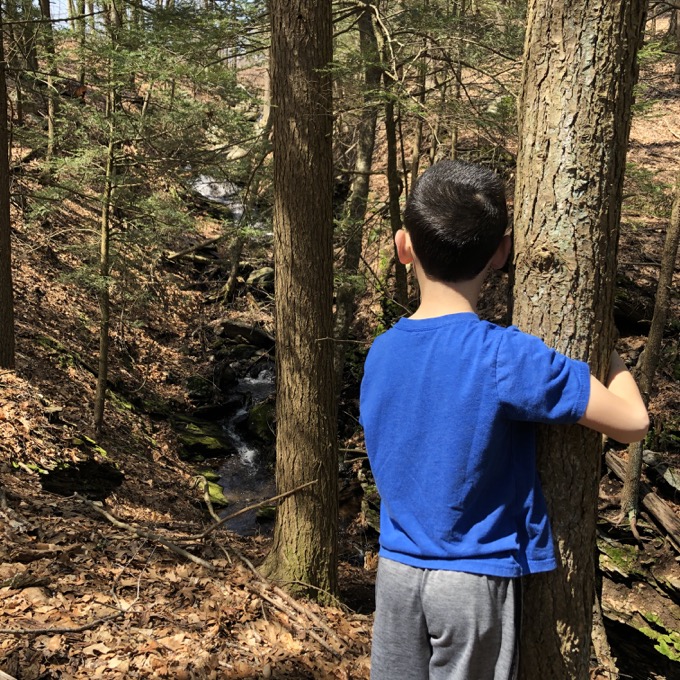 After turning away from the chasm, the trail took us on a few more ups and downs through some pine groves and laurel patches. Before we knew it, we reached the closure of the loop and then the Hop River Trail. 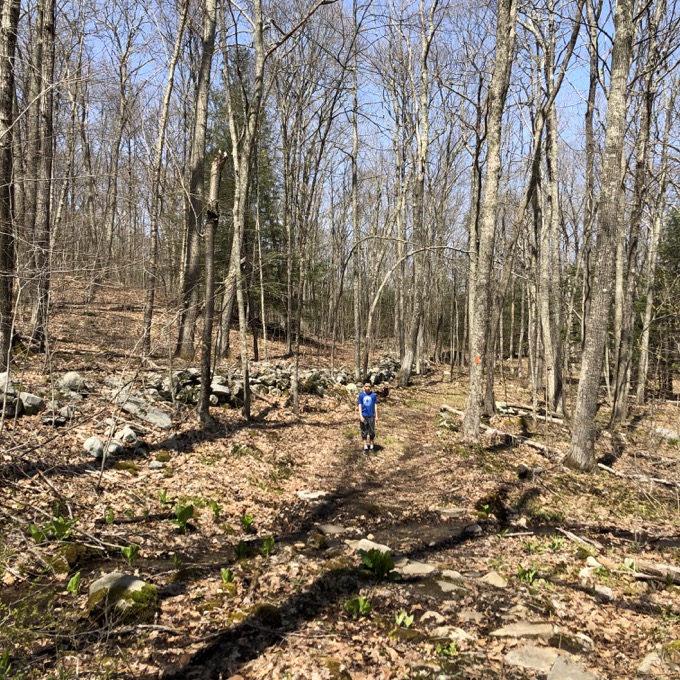