There was this weird month in late 2018 when it became clear that East Hartford’s venerable Olde Burnside Brewing wasn’t going to make it to 2019 and that some other guys were going to start up a new brewery in the same town called Paddle Creek. 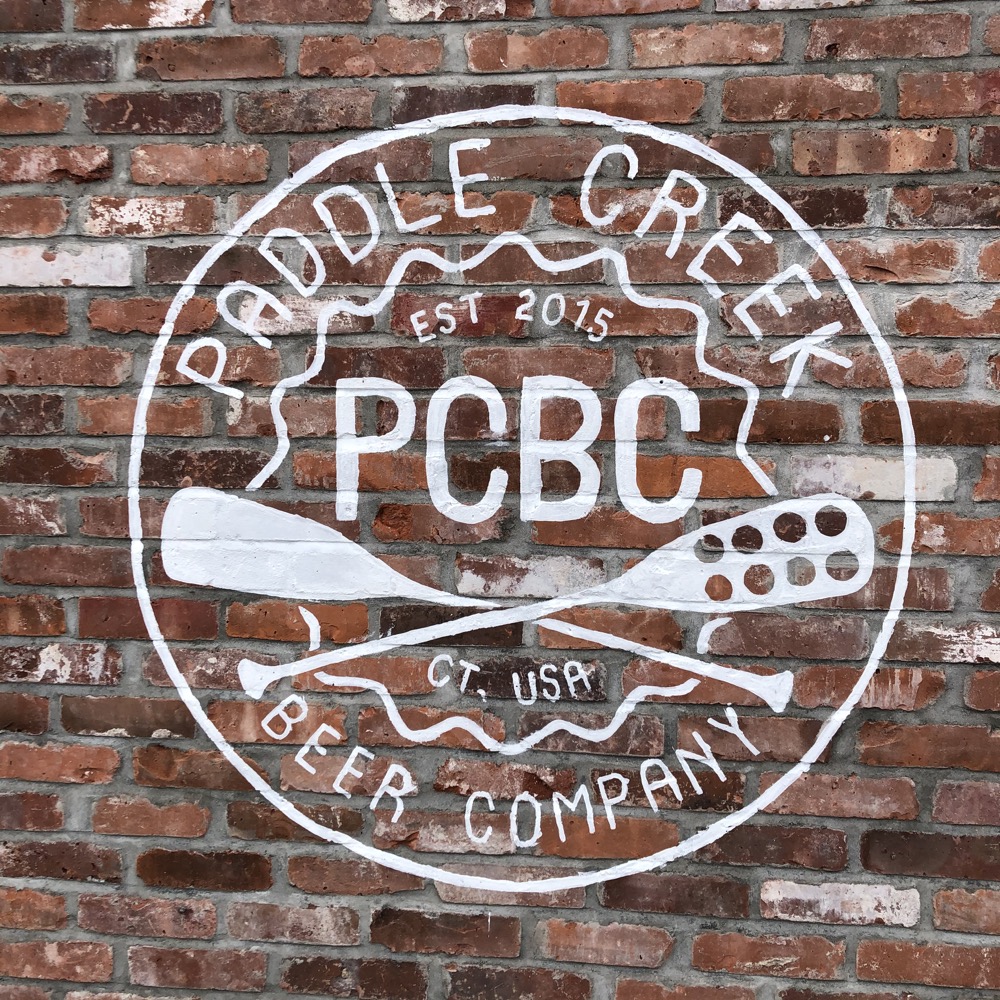 So as we mourned the loss of one of venerable old school Connecticut breweries, we got excited about a new player coming to town. And how could we not get excited? The owner/brewer’s untappd told us that their beer was world class:

Noice. Citranade is a name and beer that stuck from 2018 conception through 2020 production. I was really looking forward to it, as the owner/brewer made clear, his beer was straight-up better than some others that fanboys chase – surely unaware (for now) of Paddle Creek Beer Company, located on Main Street next to a wig store and near the rather forgettable Triple A Diner.

All brewery owner/brewers have impeccable palates, so I was even more excited after reading this gentleman’s thoughts on some other IPA’s we all know and generally love:

Okay, okay… I shouldn’t do this. It’s petty and probably unfair and hey, creators should love their own creations, right? There are many more examples on untappd that you can go find if you’re a jerk like me.

I ventured out to downtown East Hartford on a weekday afternoon to be the first through the door. Unfortunately, a gentleman was in front of the brewery yelling at clouds. Whether it was the meth, the crack, or the untreated mental illness, I didn’t find his behavior welcoming. 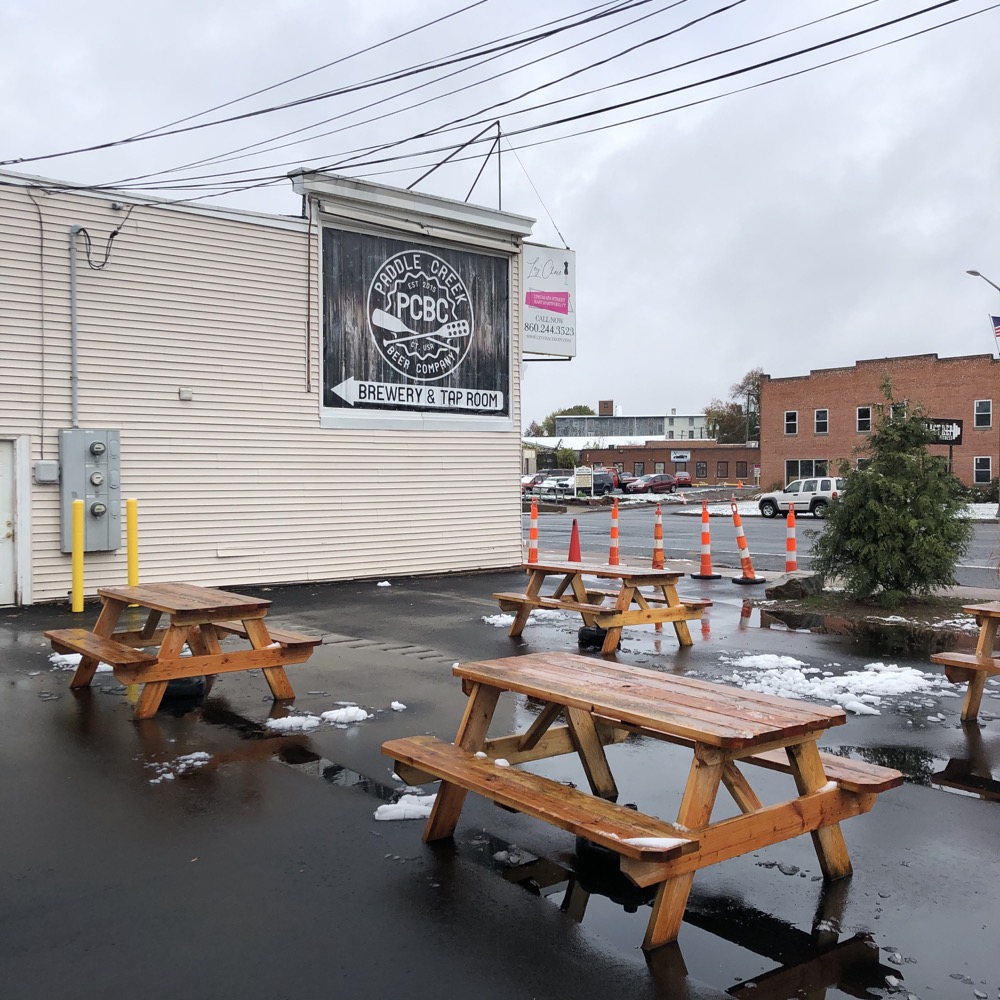 I’d also missed the alley-like street to park on, so I had to continue on and turn around. By the time I was sorted, the gentleman had continued onward and I entered the brewery without incident.

Two off-duty cops were purchasing cans to go and the owner, I believe the one that has thoughts on Tree House IPAs, was positively fawning over them. Special deals for cops and firefighters and EMTs and free beers and – bro. Chill. Free beers in Connecticut are technically illegal. Probably should keep that away from cop nights or whatever.

That said, I was treated just as nicely. The owner guy gave me the impression that no one ever came to Paddle Creek and he was super excited that I had. Turns out, over the course of my 30 or 40 minutes there, plenty of people came to his little brewery on a weekday afternoon. I think, in the end, he’s just a nice guy. 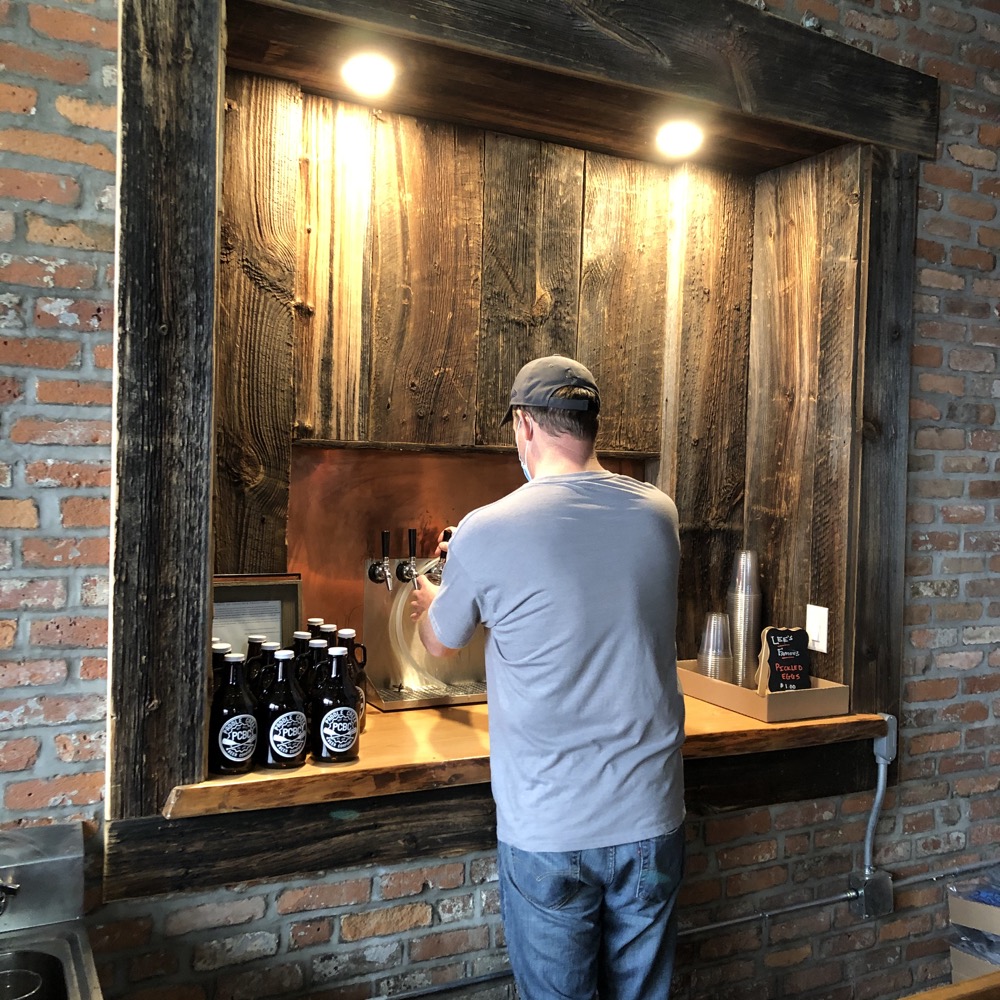 Which is a bit disorienting these days, y’know?

Paddle Creek didn’t offer flights at the time of my visit, so I began with a plastic pint of their Lawn Racer Kolsch. (I’m fine with plastic cups, by the way, especially in the time of COVID.) I took my beer to the furthest high top table… not sure what to expect from my first offering.

It is a pleasant kolsch. Not the best I’ve ever had, but nowhere near the worst. Perhaps a tad thin, but it had a bit of a lemony zing that I enjoyed. Subtlety: something many brewers around the state have completely forgotten about. It is part of their “lawn mower” series of beers which, I assume, are meant to drink in succession while doing yard work. Lower ABV, smooth, no nonsense beers. I’m cool with that. 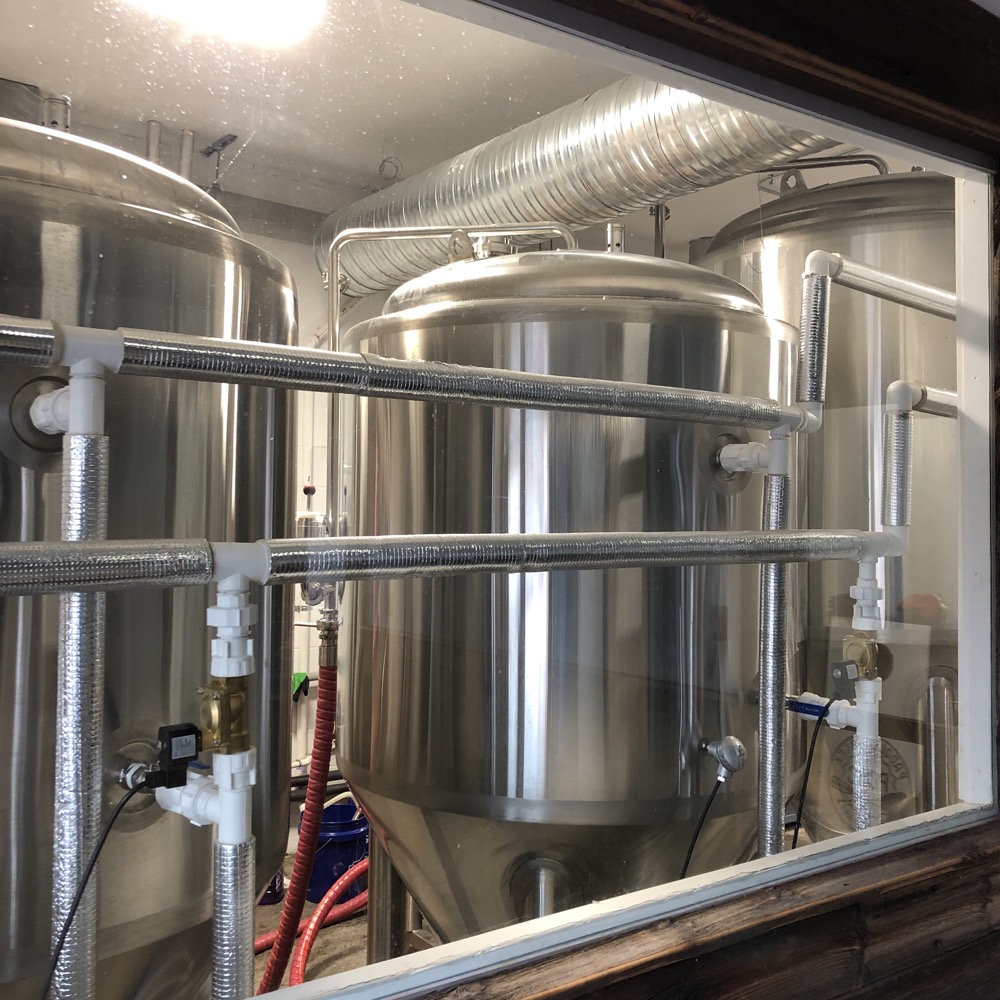 So, now that they were all here, why “Paddle Creek?”

The “Creek” in our name is a tribute to those twisting waterways of New England, the adventures they bring, and the water within them. The paddles in our logo are a tribute to the brewing process and the paddle used to propel us through the unpredictable creek of life. We hope you can help us continue our adventure Up The Creek.

Eesh. I shouldn’t have asked. 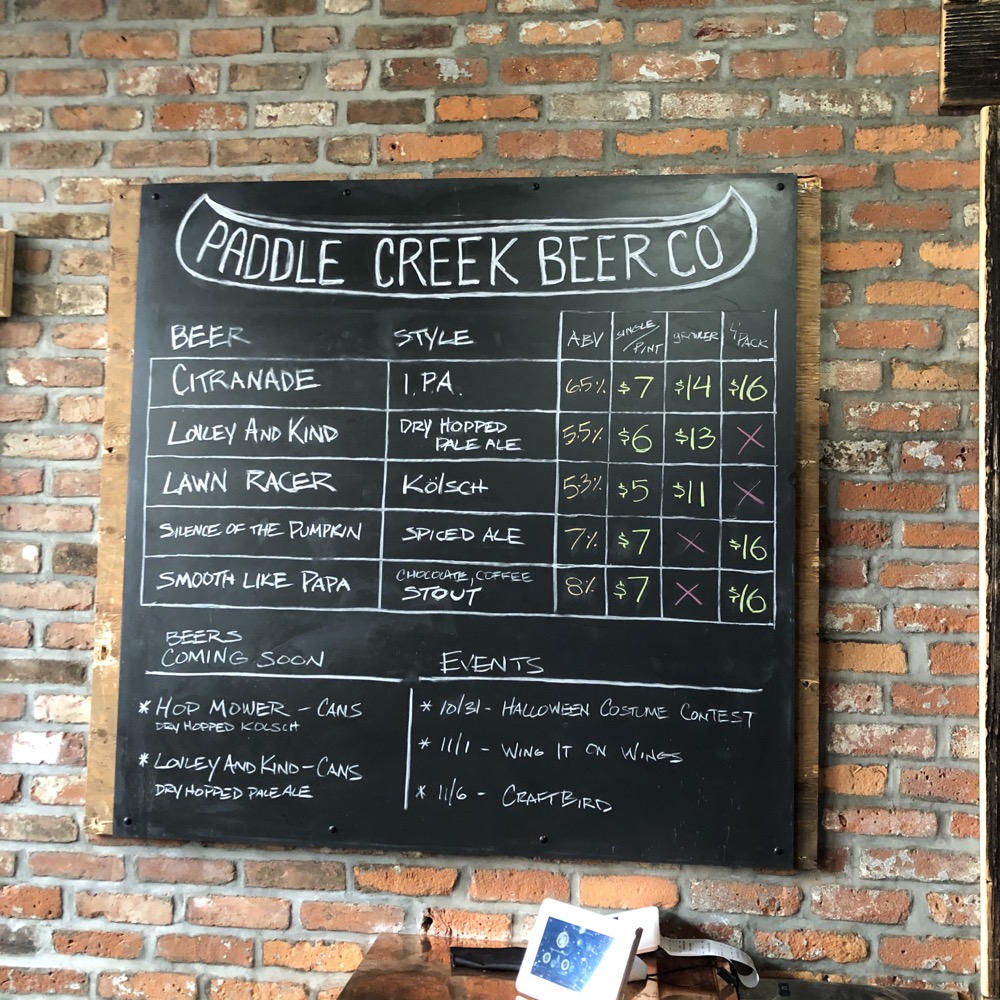 I did ask for a pint of the “Lovley and Kind” dry-hopped pale ale. Not sure why the need to “dry hop” a pale ale, but whatever. The name of the beer is a cute story; intentionally misspelled because a daughter of one of the founders spelled it that way in a story about her life when she was eight. And how we should all be “lovley and kind” to each other, etc. Cool.

The beer itself was “lovley” but “kind” of confusing. The pale base is there – properly bittered and light. But then there’s this sweet pineapple from, I’m guessing, the dry-hopping process. Denali hops I’d assume. It’s almost too sweet, but the “normal” light bitterness from the “normal” pale counterbalance it and I ended up liking it the more I drank it. 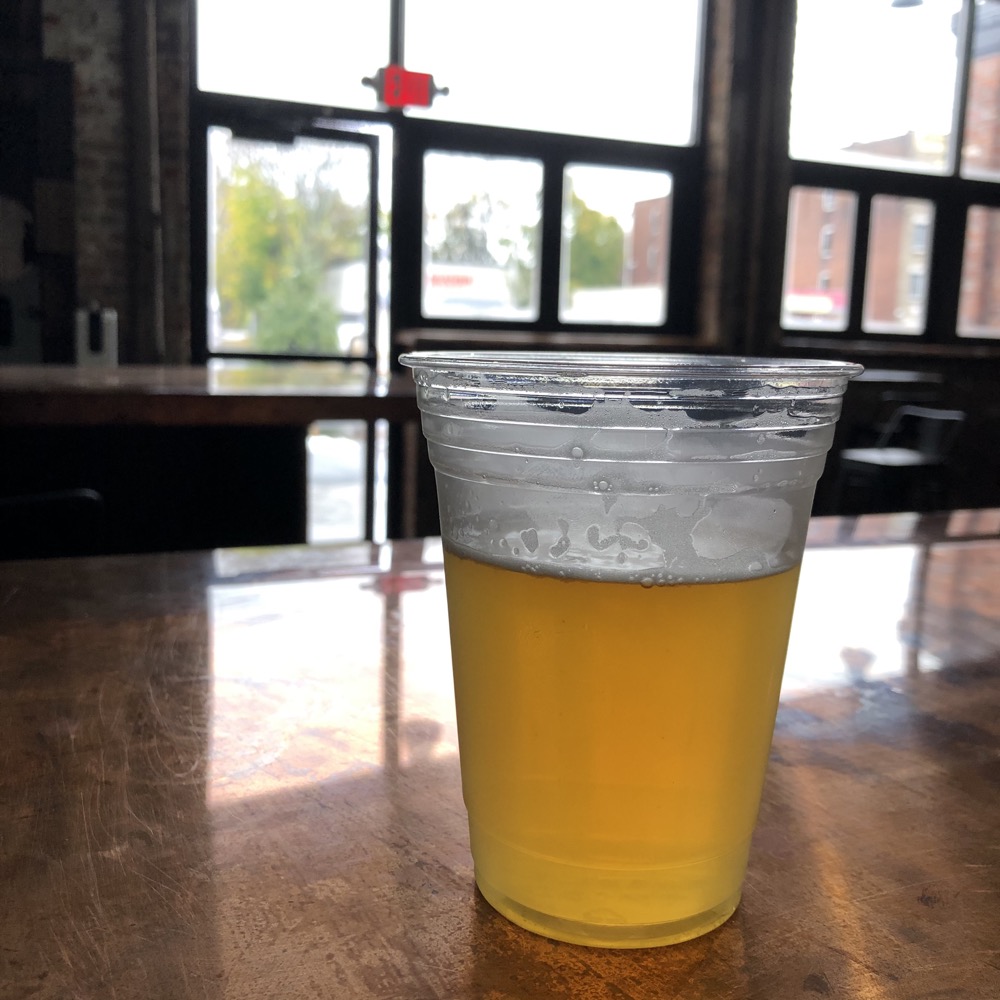 Paddle Creek has two TV’s and an “outdoor seating area” which – you know what? It’s fine. It’s a slab of asphalt in downtown East Hartford. Really, aside from the standouts, it’s no better or worse than fifty other Connecticut breweries’ outdoor spaces.

But the indoor area is definitely one of the smaller rooms in the state. Since I had to have full pints, I was done for the day but since the folks here were so nice, I asked for tastes of the Citranade IPA and the Smooth Like Papa Chocolate and Coffee Stout. Not only did they give me a couple ounces of each, the woman had to open a can of the stout for me to try. 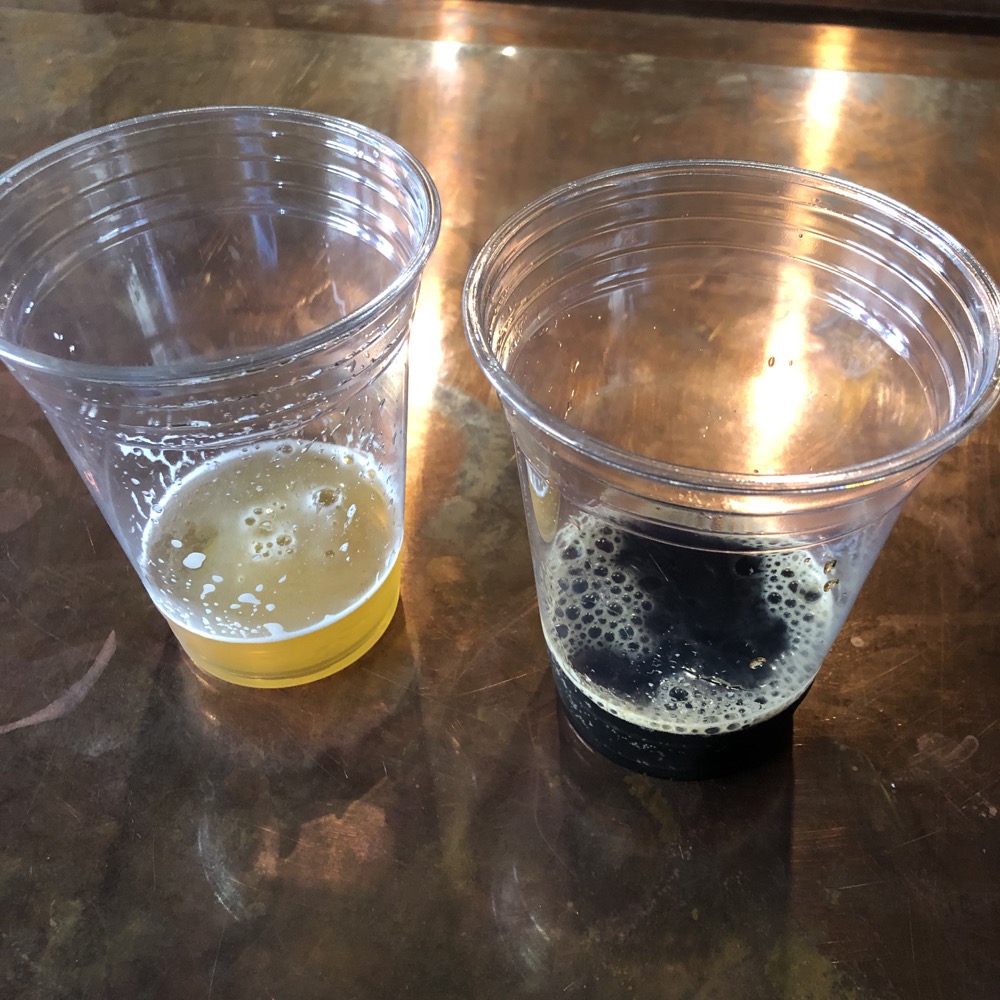 I felt guilty about that, but then realized I just created a staff beer, so I hope she enjoyed it.

The stout was exactly what it says it is. A chocolate and coffee stout. I don’t know how much of the chocolate and how much of the coffee comes from malts versus adjuncts, but it wasn’t, like, grossly chocolatey or coffee-ee, so I’m guessing (hoping) a bit of it. Hey, I don’t think they added lactose to it either! Wow! What new brewery wouldn’t call it a milk stout and load it up with sugar? Paddle Creek, I think I like you.

The Citra IPA was pretty terrible, but we don’t need to dwell on that. The brewer will sort out the hop bill with it down the road, but as it was when I had it, it was overloaded with Citra and the oils were detectable and it was an unbalanced mess. (Of course, many consumers are into exactly that, so what do I know?) 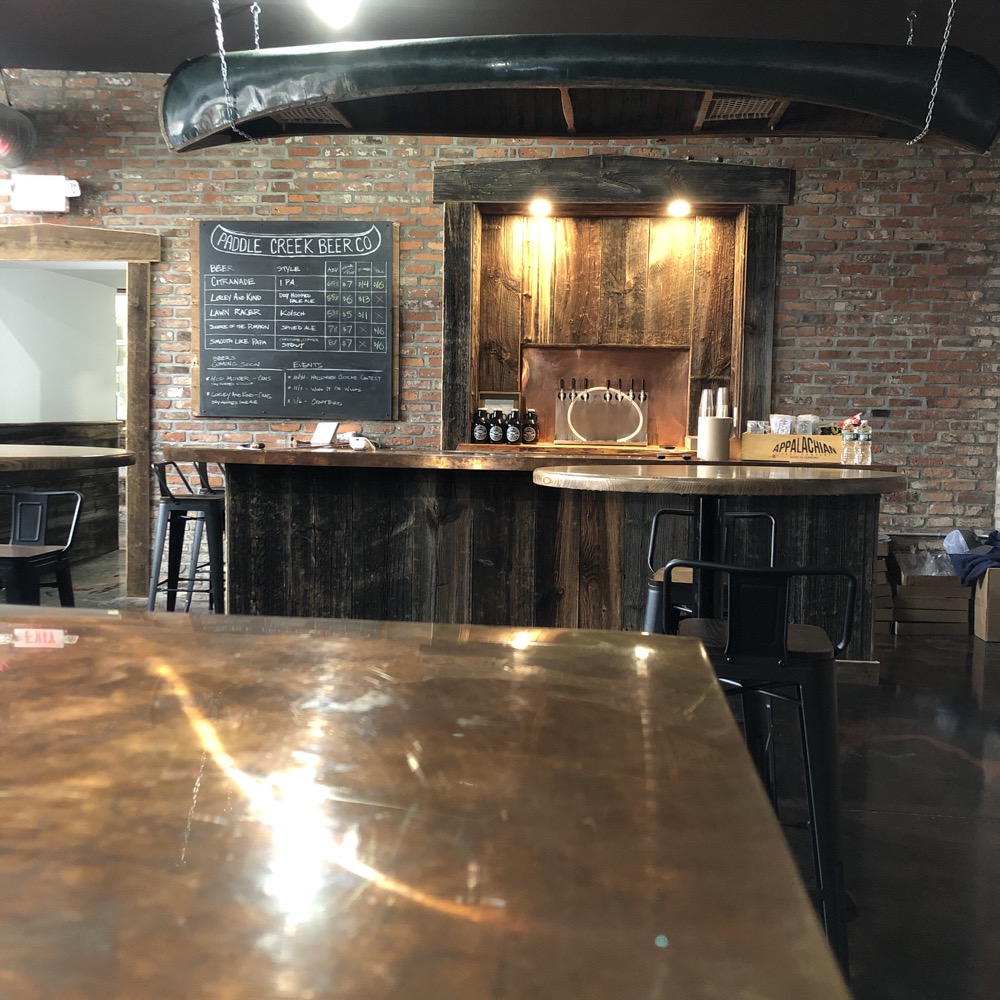 Just as I was leaving, some guys from the neighborhood were arriving with hotel pans full of free food! Ah, yes, the trick of the new brewery – free “happy hour” food from a nearby restaurant! As much as that works for me, I had places to be and I took off, leaving lots of smiling patrons behind.

Paddle Creek… space is tight, parking is sketchy, offerings are a bit limited… all of which makes it sort of perfect for what it is – a blue collar neighborhood bar that brews its own rather decent beer. I can dig that.

There seemed to already be a sense of community here, which will prove interesting over time, as hipsters go on their brewery tours and barge into the pinochle games and conversations about Lowell Weicker and being overtaxed. So now I feel bad about how this page began; as I understand it, that guy doesn’t really brew anything anymore and I promi – what’s that? One more? Sigh. You people are terrible. I’m here to celebrate a new small business that took the leap to open up on East Hartford’s Main Street, not goof on a guy’s 2018 beer opinions.

So I’m not going to show you how Allagash’s Curieux only got 4 caps while Paddle Creek’s Hop Mower Kolsch or whatever came through with five. Curieux isn’t for everyone, even if its arguably a top 10 American beer. And Paddle Creek won’t be for everyone, but this old guy who likes simple things made the proper way thinks it’s a nice addition to the Connecticut brewery landscape. So there. 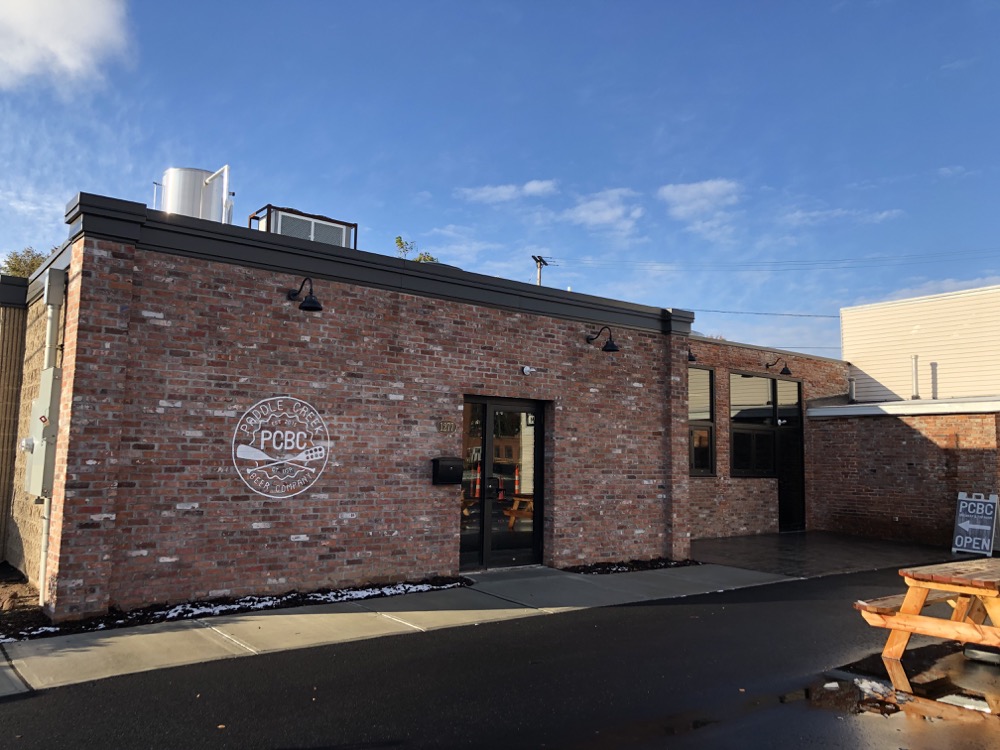