There are hiking trails at Day Pond, but the park is very small and those trails almost all head off into the Salmon River State Forest, which is where you’ll find my descriptions of them. 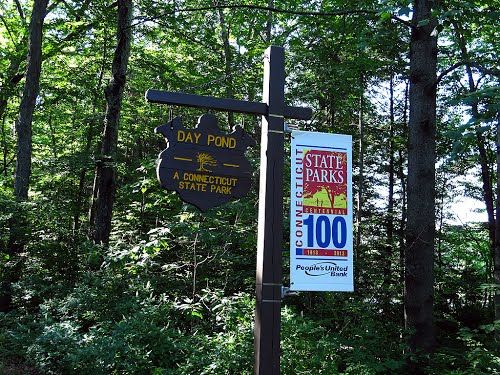 Who spends the Fourth of July at some podunk little pond in the podunk town of Colchester? Well, aside from us, some irresponsible parents, that’s who. Our plan was to hit Rocky Neck beach down in East Lyme. It was wicked hot and apparently we weren’t the only residents with that same idea. Rocky Neck (and other Sound beaches) were closed because they were filled to capacity. 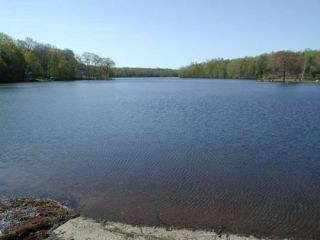 We tried a few other “secret” spots but nothing was working out, so we headed home. On the way I remembered Day Pond from one of my early hikes through the area and suggested we check it out. Also, we could nab another Wine Trail winery nearby – Priam Vineyards.

We headed straight to the park and found it not-too-crowded. Nice.

The “beach” here isn’t too bad at all; it’s mostly sand – hot, hot, HOT sole-burning sand – with plenty of room for our set-up. The water here is a reddish/brown which struck me as odd because I didn’t see any tannin-producing conifers lining the pond at all. The DEEP website merely mentions that the pond is old and artificial:

The pond, which is the central feature of the park, was originally constructed by a pioneering family named Day. The water from the pond turned a large overshot waterwheel that powered the “up and down saw” of the family sawmill. Park visitors today will find only stone foundations as reminders of those colonial times. Day Pond is an attractive area for fishermen since the pond is stocked with trout. 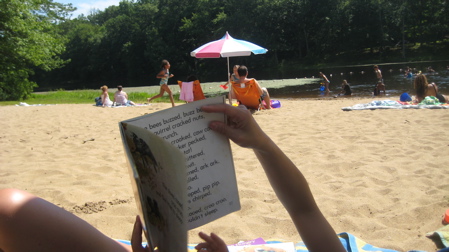 The water here also had a slimy quality to it. And there was a visible sheen on the surface too; from what I don’t know. All three of us spent time in the water though I don’t think we ever dunked our heads. And I don’t think we got any rashes either: Win!

As far as the natural elements go, Day Pond isn’t too bad. Despite the crowds and the holiday weekend, I didn’t really see any litter and the beach was clean. There’s also a decent bathroom here too. 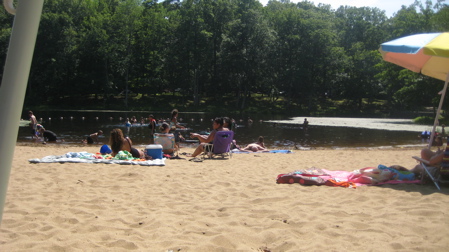 However – and this could happen anywhere of course – some elements of the crowd were rather awful. I don’t know what kind of parent allows their 2-year-olds to roam freely anywhere near water, but apparently that’s okay at Day Pond. Some kid, desperately seeking play buddies, settled upon Damian and Hoang. I watched from under the umbrella as this kid continually grabbed Damian’s toys from the bucket over and over and over again – with no attempt to actually play with them, but apparently just to a) steal them and/or b) annoy my family.

To her immeasurable credit, Hoang showed enormous patience with the kid. After what seemed like 5 hours of this (more like 5 minutes), Damian got upset with the kid’s lack of sharing and wanted his bucket back. The kid then proceeded to thwap my innocent child in the head with the bucket. Time for tough-guy Steve to step in. As Hoang comforted Damian, I leapt to rescue and picked up the other little kid, carried him 4 feet away and plopped him back in the water – crying.

“Who’s kid is this?!” I yelled to the beach. No response. What the heck, man? The kid was not even three years old! Insanity. After a couple minutes, someone alerted someone who knew someone who knew the mom and she finally appeared to deal with the poor child.

I think her classy choice of attire says all the more I need to say on the subject: 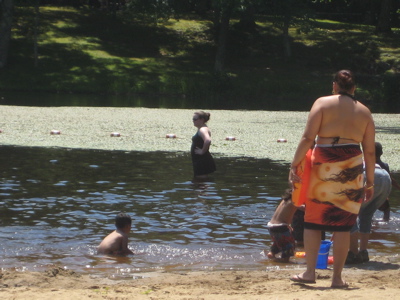 Anyway, Day Pond really isn’t too bad of a place. Though the oily water thing was a bit disturbing (It MUST be the resin and tannins of pines, but I seriously didn’t see any anywhere).