Yo, so glad you’re here. You’ve found your way to my favorite trail in East Granby not named Metacomet. I can hear the Cowles Park fanboys crying and I don’t care. Cowles is cool, and especially friendly to mountain bikers, but the official loop trail isn’t as cool as this out-and-back affair a couple miles north. 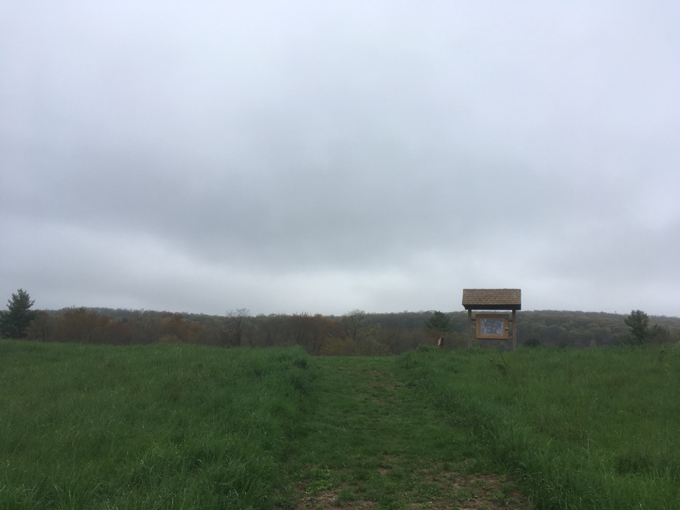 Yes, at Cowles you can connect to the Farmington River and the Metacomet, as well as a whole network of well-maintained mountain bike trails, but the East Granby Farms Trail has one mission: Get you up the hill to an awesome overlook. That’s it. Bare bones. No messing about. I like that.

Now, there are a bunch of other trailed (or semi-trailed) properties on the flanks of Peak Mountain/Metacomet Ridge in town. Most of these are East Granby Land Trust parcels and none of them are worth the effort. If you don’t believe me, you can read about them here. I had hiked all those places before getting to this place, so I was a bit cynical and jaded regarding what I’d find. As I’ve already said, I found splendor. 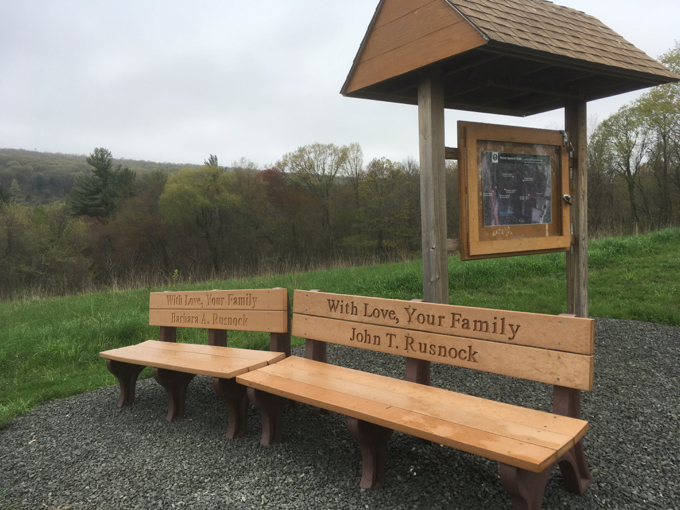 North of the town barns, buildings, and silo, there’s a fairly large hiker’s lot. From there, a mowed path took me to a handsome kiosk and bench. It was here that I learned the trail I was about to walk is called the Brian Spears Trail and that it and the kiosk were created as Eagle Scout projects. Well done boys, well done.

I also learned that the trail was about one mile up, one mile back. After hiking it, I question the accuracy of that measurement, as it felt a bit less to me. But who am I to question an Eagle Scout? Oh yeah… an Eagle Scout. But since I know these boys are trustworthy and honest, I believe them. Off we go… 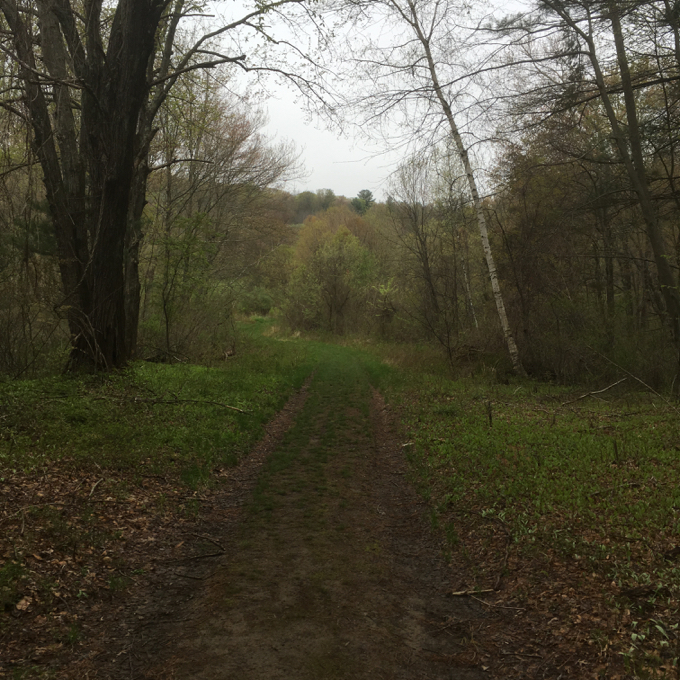 The entire trail can be driven in a Jeep. In other words, it follows a woods road; one that seems to be used now and again by either scofflaws or those responsible for the upkeep of Bradley International Airport directional beacons along the ridgeline at the top. Or both. Probably both. Knowing this, I’m again questioning our Eagle Scout – clearly this road has existed for quite a while. So what was the project? Blazing the trees and measuring the distance? There were no bridges and not even puncheons across the lower marshy traverses where they can certainly be of use. 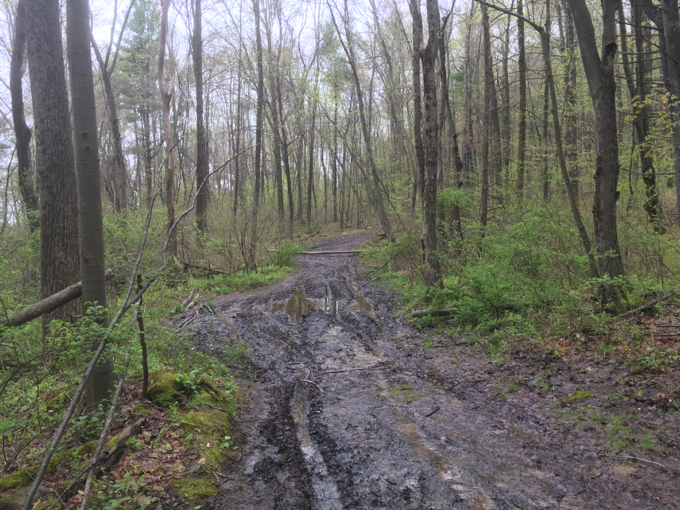 (Hey man, I’m not making fun. Once you hit, say 17 and a quarter years old, you just need to get that project done. Many young men just bang out whatever they can find to make those project hours before turning 18. I’ve been there, and shout out to this kid for picking a cool and – what I assume was – a pretty easy one.) 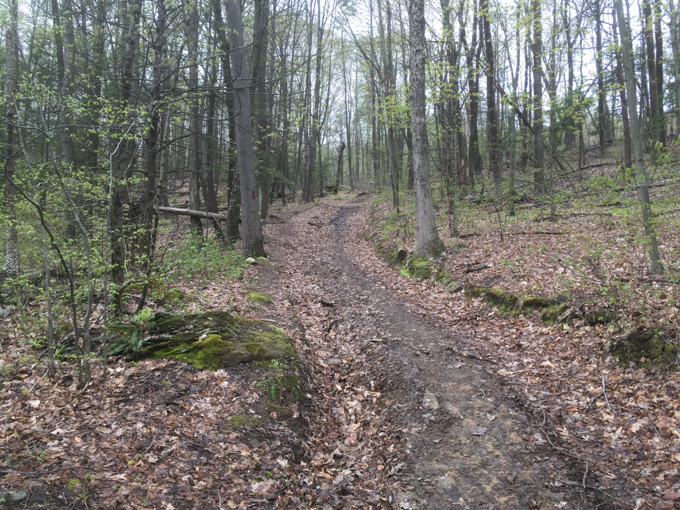 But yeah, the lower slopes are quite marshy in the spring. In fact, the entire road/trail was muddy all the way up, but that was more a result of one of the wettest springs in Connecticut history.

Since the trail is also a road, it’s never too steep at all. It contours the hillside a bit with some long, lazy switchbacks. As all Metacomet hikers know, the eastern flanks of the ridge are always far, far less steep than the western sides. Such is the case here as well, with the usual sheer dropoff to the west… and this trail/road lazing up the east. 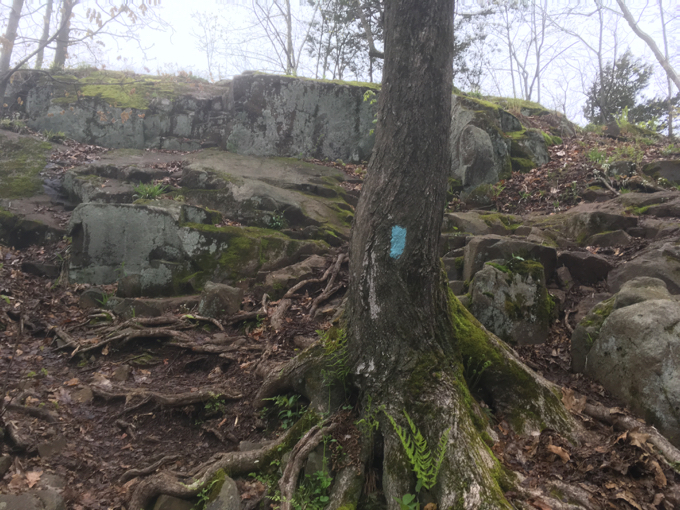 There’s a split near the top, but I kept to the blazes. I’m assuming the split, which heads north, goes to another airport beacon and likely connects to the Metacomet up there as well. As for me, I continued along the southerly split and before I knew it, I was reacquainted with my old friends the blue blazes. Sweet.

Of course, if you hike the Brian Spears Trail and turn around at its terminus, you’re an idiot. Take a right onto the Metacomet, scramble up a rockface, squeeze around some pitch pines and… 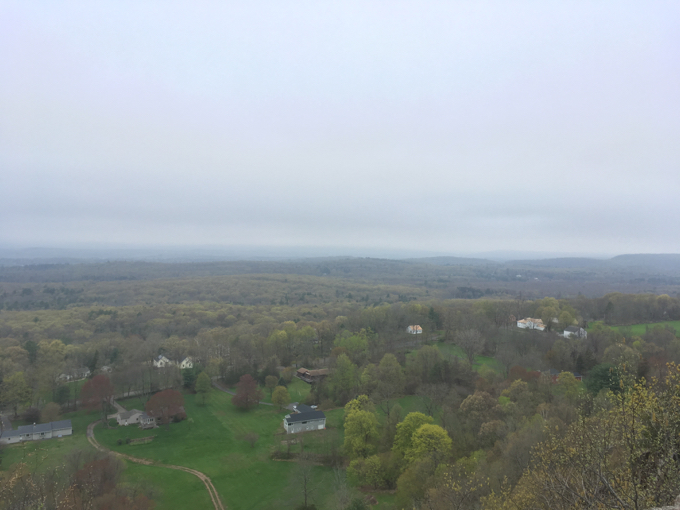 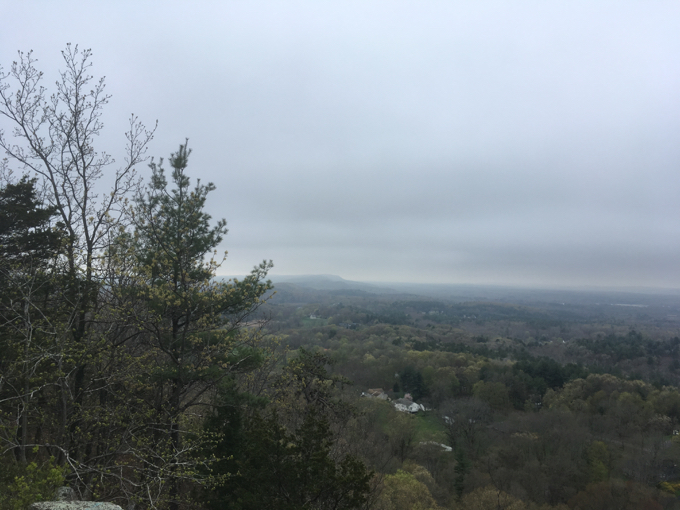 I’ll be back here someday as I’ve not yet officially hiked this section of the Metacomet. I hope for a sunnier day then, at which point I’ll take ten more pictures on a better device than I had with me on this day. (I’d misplaced my “good” phone and was using my old one.) I began the descent back to my car as it started raining lightly. I didn’t care, I got my view, found a cool “other” trail in East Granby, and my “good” phone was in the mail to me. 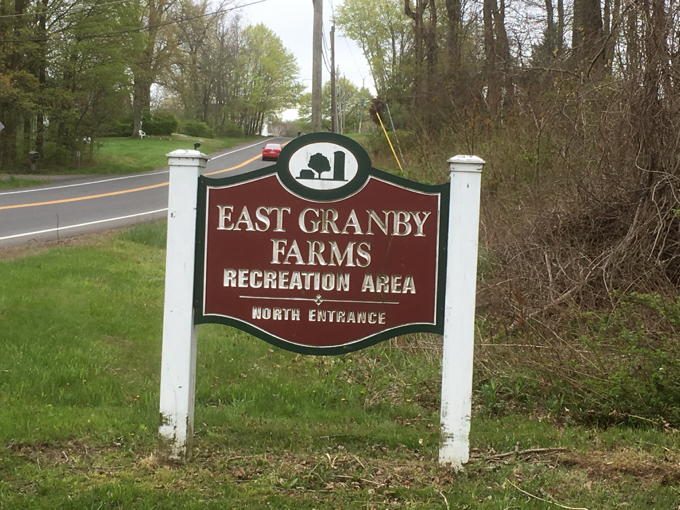