We Nutmeggers have a penchant for memorializing somewhat random people, places, and things around the state. I revel in finding these things and writing about them. 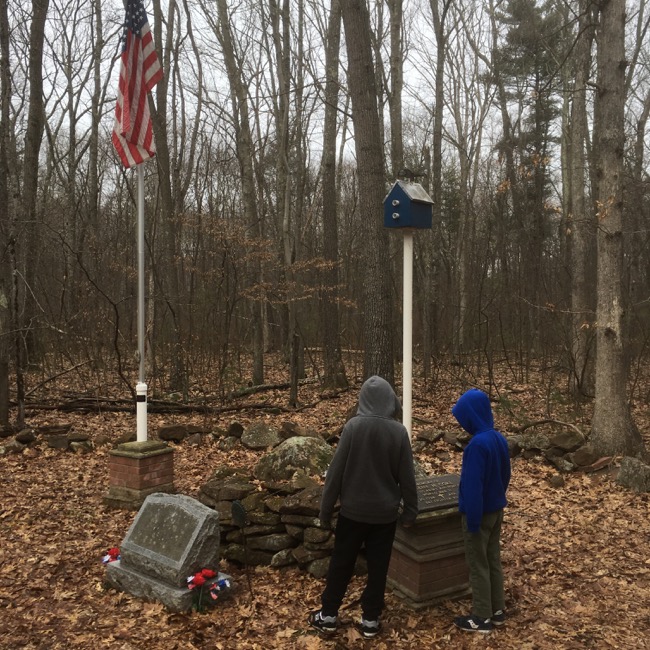 The Lt. Core Memorial in the middle of the woods in Farmington isn’t on far end of the random scale like, say, the marker for the first condensed milk factory in the US (in Torrington), but it’s still unique.

I took the boys for a hike through Farmington’s Memorial Town Forest with the goal of finding this place. Obviously, we succeeded. 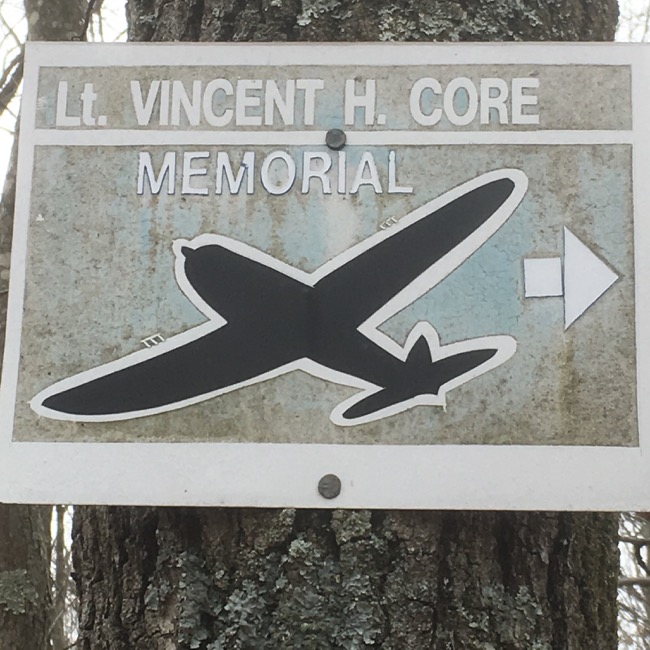 After hiking a mile and a half through the forest, we made it to the orange blazed Memorial Loop trail and headed up it towards the memorial. The orange trail is not as wide as the main one, but it is well-marked and cleared.

There are closer access points to the orange trail than the trailhead we used off of route 177, if you so choose (Red Oak Hill Road and Reservation Road). 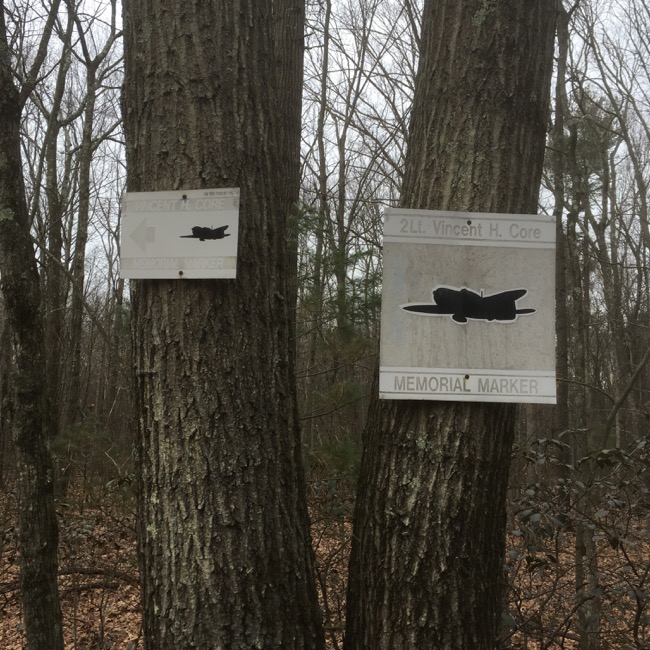 We can thank local Boy Scout troops for this trail. It was originally created in the 1970’s by a Bristol Boy Scout for his Eagle service project, and it continues to be maintained by Farmington’s Troop 68 – after another Eagle Scout project created the orange loop trails.

As we got nearer the site, many signs pointed the way to the Vincent H. Core Memorial. The signs served to drum up excitement in my sons. 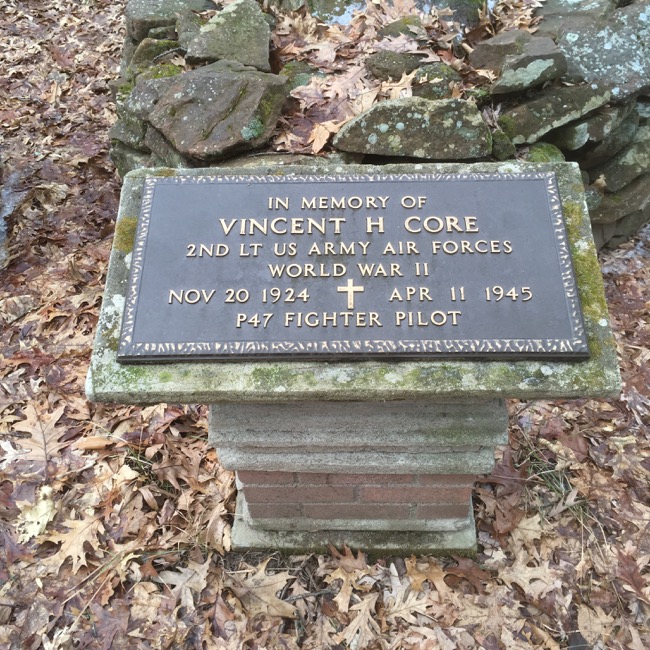 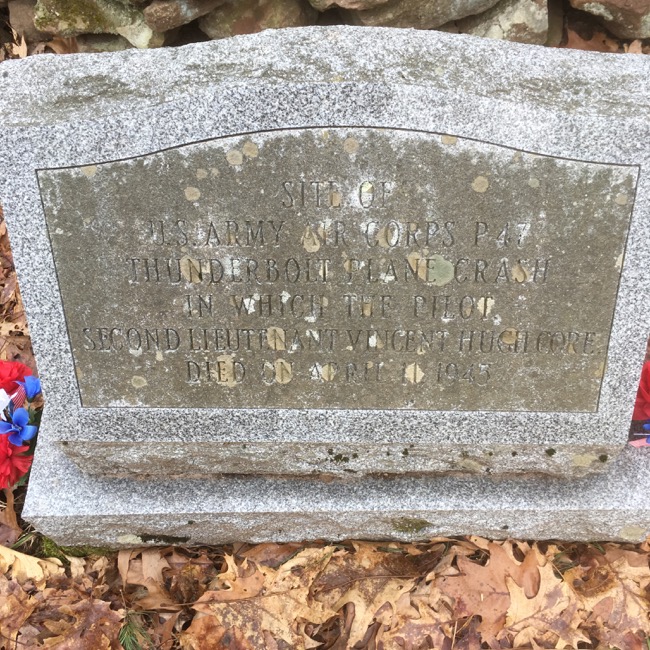 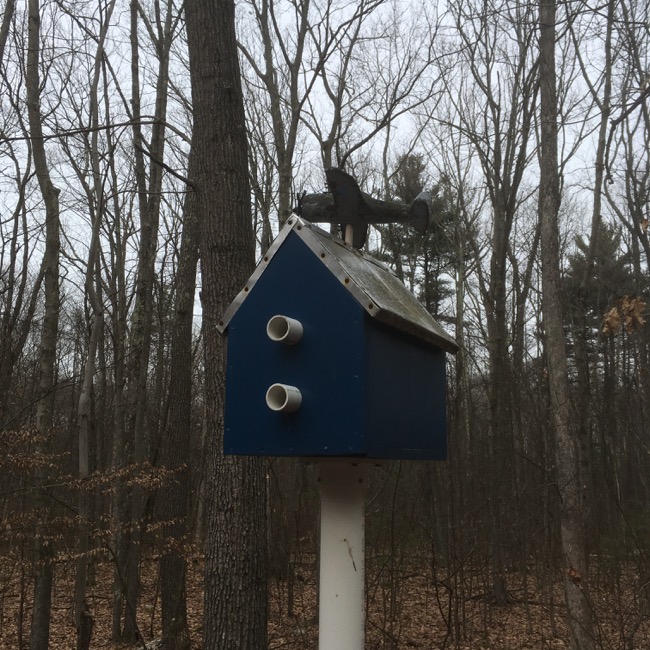 We stopped for some snacks but Calvin was far more interested in what happened to the pilot’s body. 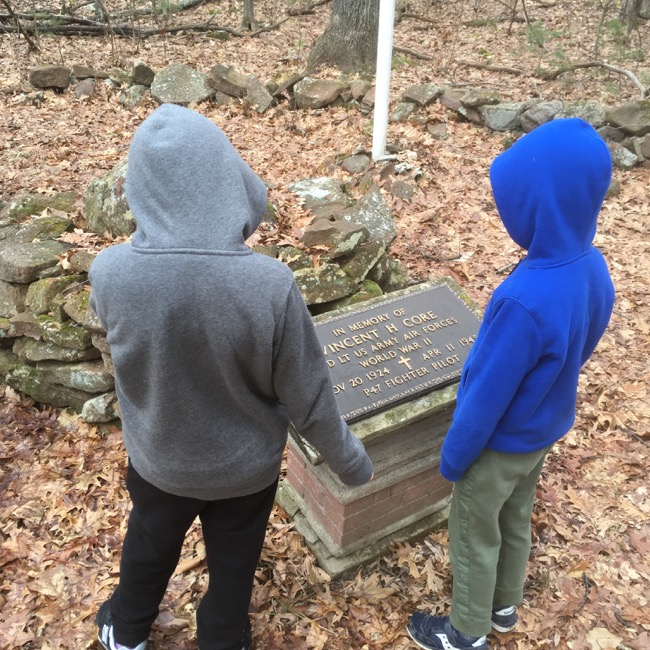 I think it’s pretty cool that this guy is memorialized here. The apocryphal tale about how he purposely crashed in the woods rather than into houses is a nice touch. As if anyone knows what was in his head when his engine failed.

But fail it did and dead he is, and now we have a rather impressive memorial in the middle of the woods for him.