CTMQ > Everything Else > Remembrances > Orange Green

Orange You Glad I Do This Stuff?
Orange Green

I’ve wanted to do this page for years. That tells you all you need to know about me and my parenting skills, but so be it. Drive my kid an hour away dressed like a carrot to take a few fleeting pictures in the middle of the Orange Green because Orange Green just sounds so dumb? 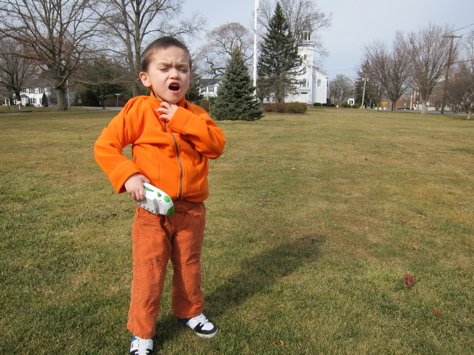 Yup, that’s me. (And please know that we did go to a museum and hang out with friends in Milford too.)

On our way down to Orange I realized that I don’t think I’ve ever stopped in Orange before in my life. There are plenty of things to do in Orange – museums and farms of course, but also the Orange Green. (I know it’s not all that funny, but when I get an idea in my head for this site, I usually execute at some point.) 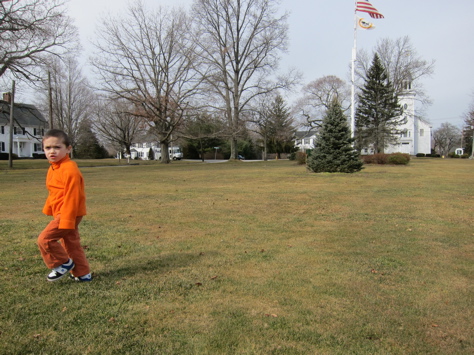 Orange, by the way, is named after King William III, “Prince of Orange”. William is remembered for succeeding James II, deposed in the Glorious Revolution of 1688. James II had been considered a despot in Connecticut as he had famously and unsuccessfully commissioned a party to seize Connecticut’s Charter. And we all know how that turned out.

Anyway, another interesting thing about Orange is that its town seal features a plowman being pulled by a triceratops. 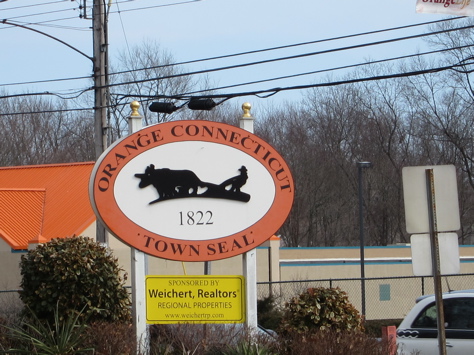