For starters, I don’t really care about who the Pharisees were. If you do, rock on. I do care about the Pharisee Rock Trail though – the short one mile in, one mile out trail on the Pachaug Trail in the Ekonk section of Sterling. 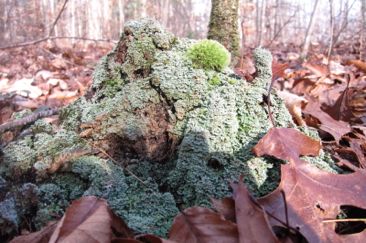 I realize that Sterling certainly isn’t a household Connecticut town name, but I wonder if Ekonk is more well-known. I only think this may be the case because of the Ekonk Turkey Farm.

That’s actually what brought me to the area on the day of my hike – a trip to Ekonk Hill to pick up our Thanksgiving turkey. Is it worth the drive out here to extreme eastern Connecticut? Well, it is if I can get in a cool little hike while there, right? 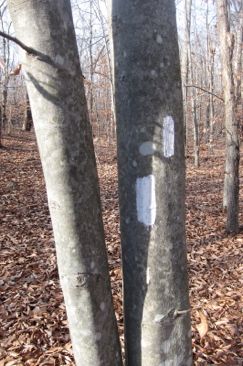 So far, my Pachaug “hike” is a bit confusing because I’ve only done a small bit of it – in the middle of it. Fortunately, the Pharisee Rock side trail is actually part of that section! You must be so relieved.

I know the roads of Sterling like the back of my hand (I just do… it’s weird, I know) so finding the trail head was easy. I realized while driving a bit earlier up 395 that it was a Wednesday in November during hunting season. And then I remembered how many spent cartridges I’d found on previous hikes down here. And how I forgot my orange blaze vest. Great. 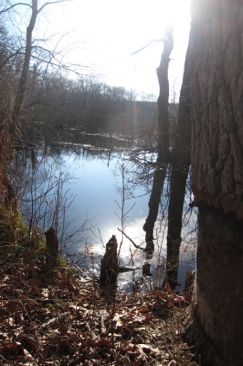 I parked and noticed a hunter driving slowly up the road towards me, giving me a dirty look. A look I deserved, actually, wearing jeans and a black jacket. I rolled the dice and hiked south to where the Pharisee Rock Trail leaves the Pachaug Trail.

There is a couch in the woods at this point, which must make for some quite comfortable hunting. It’s only about 150 yards in from the road and faces some edge community where I’m certain deer converge, right along a flat trail. Super. 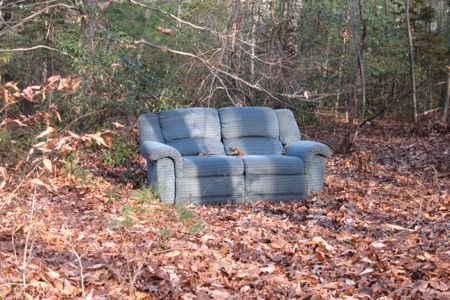 Back out to Cedar Swamp Road and from there, the trail heads downhill via the road for a few minutes before turning north back into the woods.

The hike is perfectly pleasant and fairly well-marked for a side trail. It follows old woods roads most of the way, passing a black murky lake and old dam. Below the dam are some well-preserved ruins of a sap mill. Here, acid was extracted for use in making a black dye for textiles.

The trail continues towards a ridge line and then you cross this: 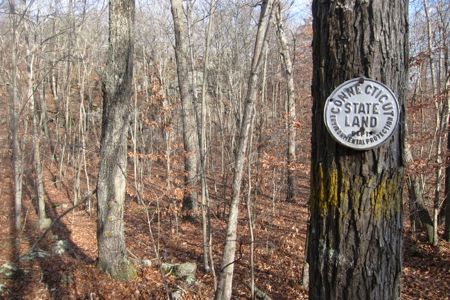 Which isn’t a big deal usually. But then you see this: 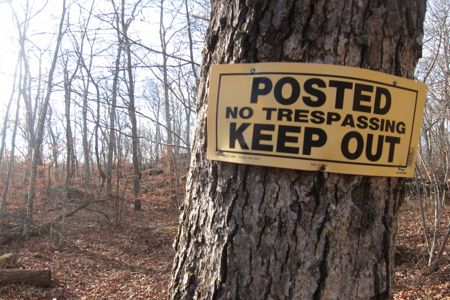 Which is a big deal when it doesn’t say, “Except for you awesome hikers.” Whatever, I wanted to get to my overlook, so I kept going… then I saw this: 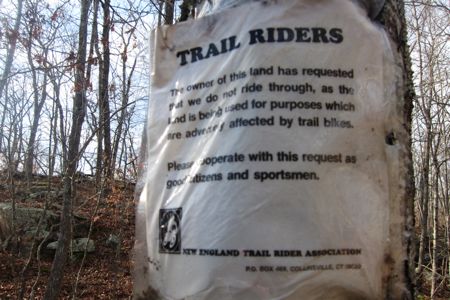 And looked down the trail to realize it was heading down hill and something was amiss. I retraced my steps (we’re talking all of 150 yards here, tops) and found where the blazed trail turned sharply off the tote road and headed up towards a cliff. 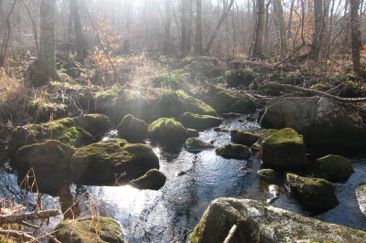 If you see these signs, heed my words: You’ve missed the sharp right turn of the trail. Go back.

(I later noticed the description in the Walk Book says, “a large tree has fallen across the path at this point, obliterating the double blue blaze.” Points for details, but that was written so many years ago – How is this double blaze still easy to miss?!

Weird. (Actually, the blazes are there on a mottled tree on the right trunk so it’s hard to see regardless.)

Once back on track, the trail climbs steeply up for a few feet to reach the top of the cliff/overlook. The top of the rocks is really, really nice. I kind of loved it. 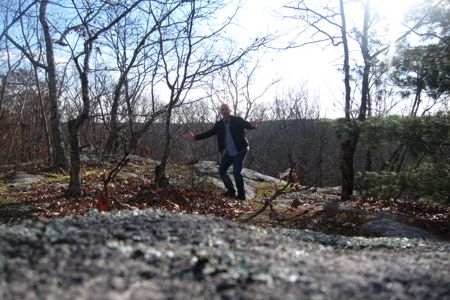 I loved it because, at least without any foliage, I could see all the way up to Route 49 and the farms up there on Ekonk Hill. I am absolutely convinced that a skilled photographer with a good quality camera could get some pretty stunning sunrise/sunset photos from this place. 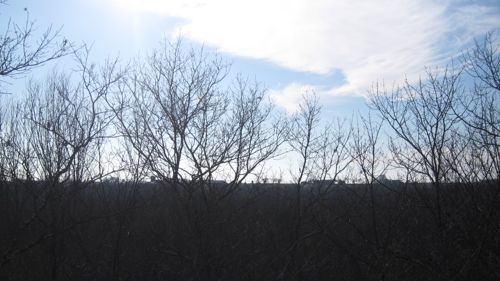 Go for it. You can’t really see in my crappy picture, but those geometric shapes at the horizon line are farm buildings up on Ekonk Hill.

I returned to my car the way I came and headed all the way across the state to Relic Brewery in Plainville for some cranberry wheat beer to complement the Ekonk turkey and Cato Corner cheese I’d picked up in Colchester on my way down.

That’s how we do Thanksgiving here in the CTMQ house. 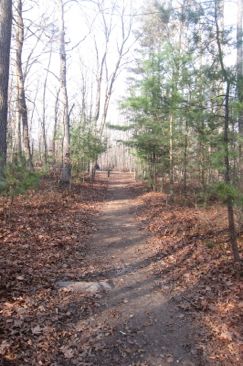 I found this bit from a 1920 book called A Modern History of Windham County, Connecticut: A Windham County, Volume by Allen B. Lincoln. It’s just wonderful. And that’s my traditional finish picture.

The commanding view from the long crest of Ekonk Hill never fails to rouse the enthusiasm of travelers who have the good fortune to find that remote region. Somewhat off the beaten track of the conventional auto tourist it is a spot of wonderful natural beauty that is sought out by all who learn of it. There are thousands and thousands of well to do persons now residing in New York City tired of the wear and tear of a crowded urban life who would wish never to go back to the metropolis if only once they could drive along the crest of Ekonk Hill and their money could soon build an array of homes along the crest which would rival in beautiful outlook the famous reaches of Morningside Heights notwithstanding the glories of the Hudson. There is no natural beauty exceeding that of the rolling hills of Eastern Connecticut Tradition tells of the time when the Indians rode over Ekonk Hill where the grass grew so luxuriantly that they could twine its tops together over their ponies backs as they talked of the hunt and the chase. Then there are picturesque spots where the young people of today resort for picnics and outings and where they take visitors to point with pride to these natural beauties as at Devil s Den just over the line in Plainfield. and the Pharisee Rock on the farm of Alfred Gallup in Sterling. Never have the hills of old Sterling been more resplendent in natural beauty than with the wonderful flowering of fruit and foliage as following the severe winter of 1919-1920. 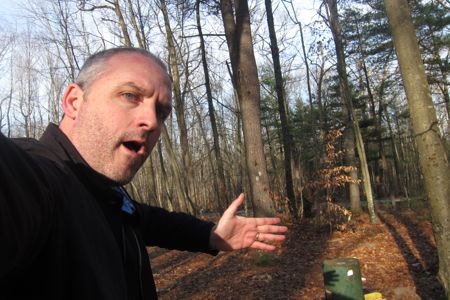