Ah yes, the good ol’ Shenipsit Trail. The oft-forgotten long distance CFPA trail right up the center of Connecticut. From East Hampton down near the Portland border up into Stafford near the Massachusetts border, this trail has never failed to fascinate me. 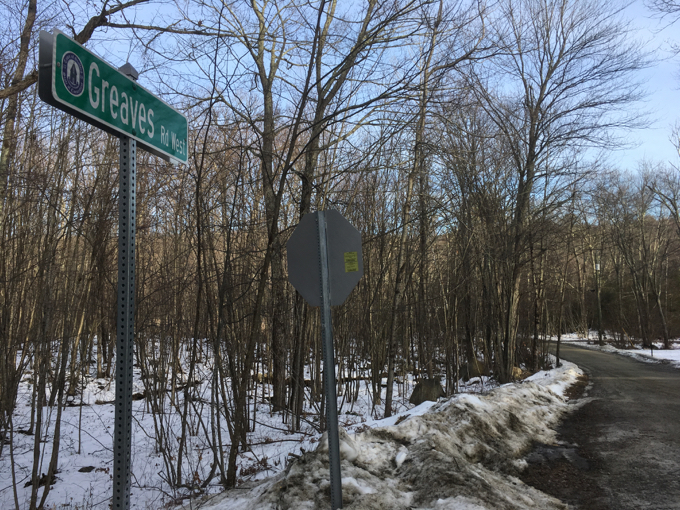 The Shenipsit is a warrior; fighting for easements between new McMansions in Glastonbury to becoming “official” along the busy byways of Vernon, the S’nip demands our respect.

Most recently the trail was officially extended north to a new terminus along Greaves Road in Stafford. So here I am, not just to complete (again) the trail, but also to complete Stafford! 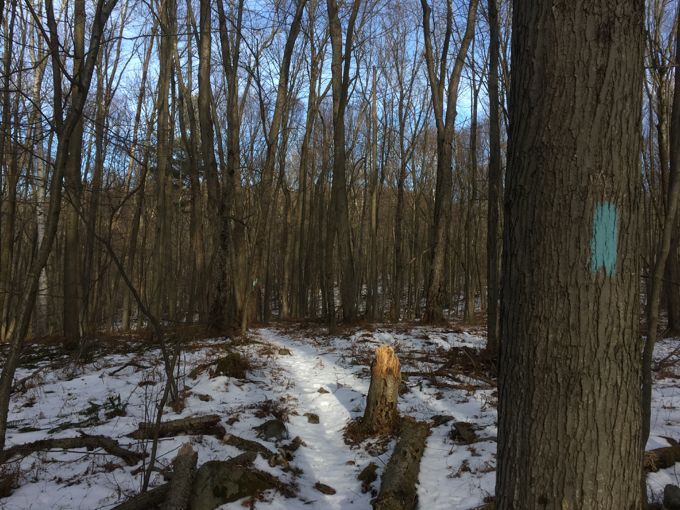 As I parked my car on Greaves Road, my first thought was, “They’ll probably extend the trail further north again.” (I believe that the S’nip used to extend up to the Massachusetts border via Bald Mountain, just west of where this new section is, but I’m not sure.) 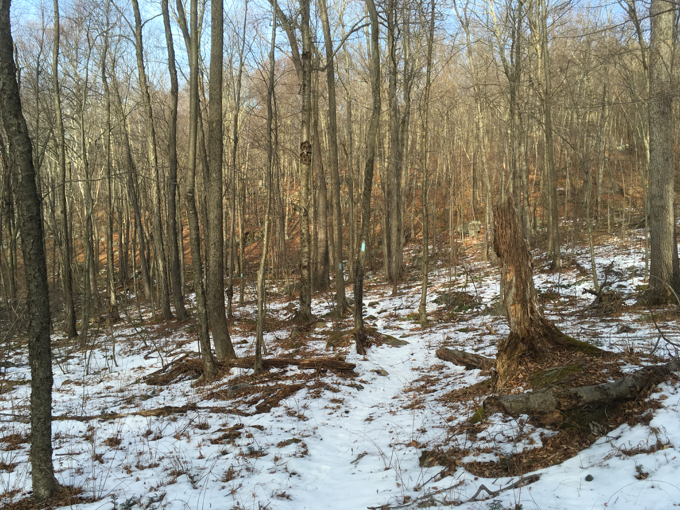 I did this section out-and-back so let’s skip up to where we last left it along Old Country Road and head back north.

Old Country Road is unmaintained in the winter, by the way, and not much better in the summer. (Should you NEED to park near the Old Country Road crossing when you can’t reach Old Country Road, you can park on Avery Road which is still crappy, but drivable… and then find your way via the trails off of that over to the Shenipsit… more here, on my page about the mess of roads and trails of the Shenipsit State Forest in Stafford.) 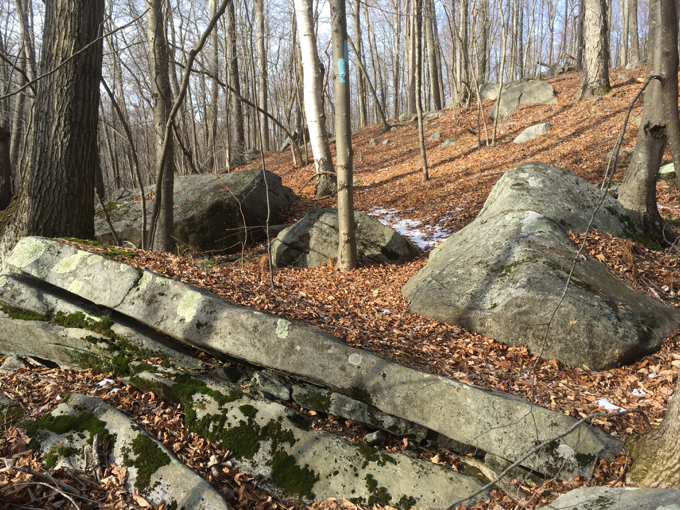 The new extension is blazed and cleared incredibly well. This is a very good thing since there are a TON of other trails and roads and stuff in these woods. Follow the blue blazes, people, they will get you to where you need to be.

This whole extra mile and half of Shenipsit was created for one of two reasons: One, ending a trail on a rather inaccessible road isn’t the best place to end a trail and two, I still think it may be extended further north. My money is on the first reason though. 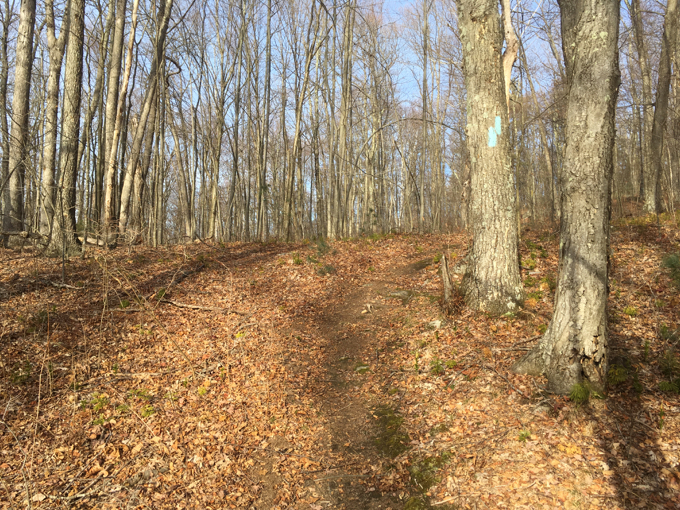 South sides of hills were snow-free

Of course, maybe it’s just the work of a zealous trail maintainer who got bored a couple years ago, who knows. It doesn’t matter; more trail is always a good thing.

Following the S’nip, it skirts a few hills before summiting one fairly steeply about halfway up to the new terminus. You can tell this was created recently, because it contours nicely up the hill rather than going straight up and over. 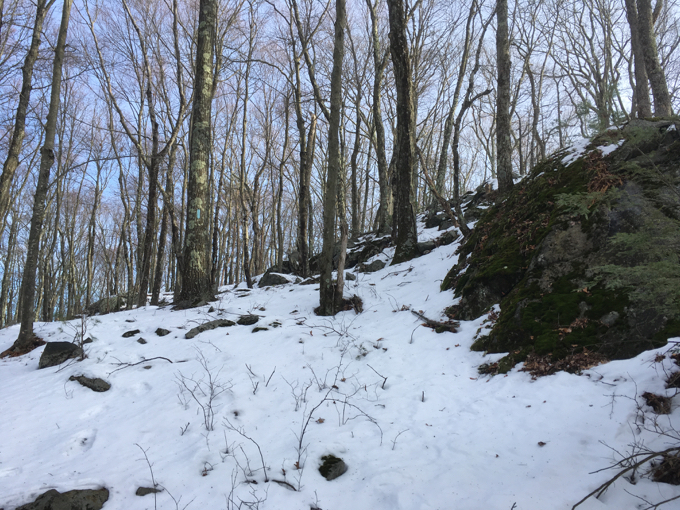 North sides were not

If I had my sons with me, this would have served as a nice lesson on the northern hemisphere winter sun – which then I’d extend to explain why my north facing house is a pain in the butt to keep clear of snow and ice on the front stoop and driveway. 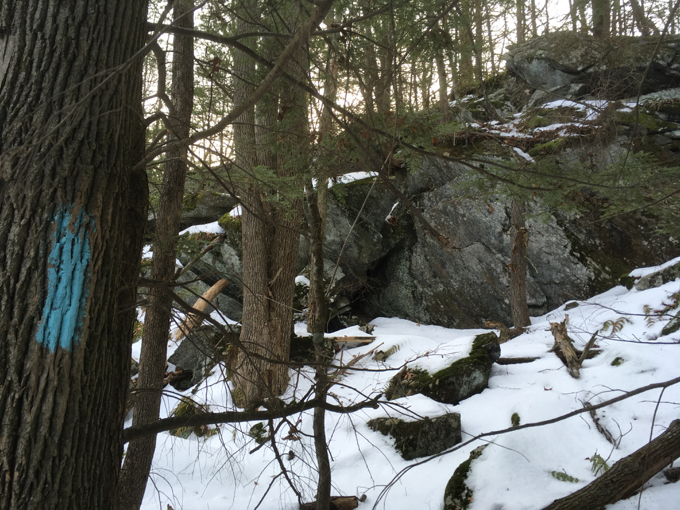 I’m sure they’d have eaten that up and never complained about the persistent ice we have to deal with at home. 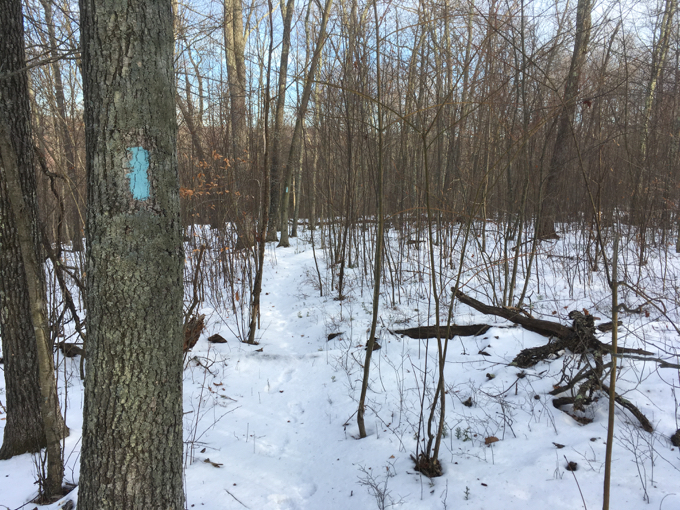 Anyway, I was impressed with the new little extension and happy to now be truly “completed” with the Shenipsit Trail… until they extend it again.

Which they may or may not do. 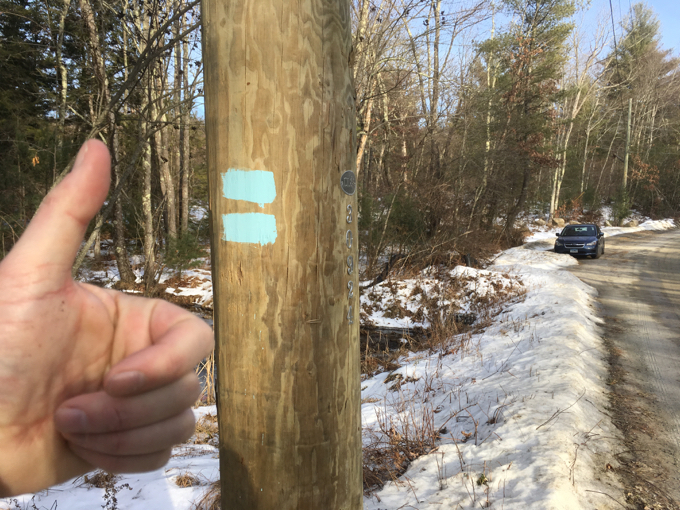 Continue on to the Shenipsit Afterward