They Lost The Battle and the War
Westbrook, (Google Maps location)
September 2022

Very early on in this whole CTMQ thing I do… way back when the focus really was just museums… I “visited” some recently closed museums. This was back in 2009 or so. It was back then that I realized that my documenting the hundreds of Connecticut museums would serve as a sort of massive database of all the museums that existed in the 21st century in the Nutmeg state.

And sure, there would be some that would close before I could visit, but I’d certainly try my darnedest to get to them before that unfortunate inevitability. By and large, museums are amazingly resilient, but so many are tiny and singularly focused passions of eccentrics they are tough to carry on forever. 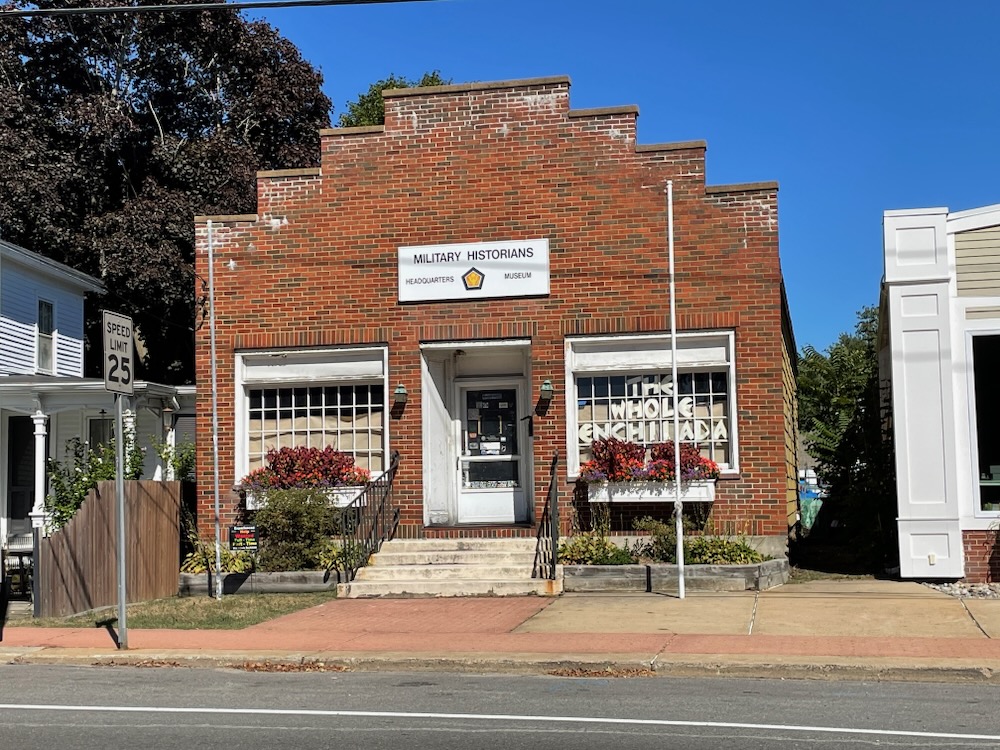 I have no idea if the proprietor of The Military Historians Museum was an eccentric, as I didn’t get the chance to meet him before he passed away in early 2018. Moreover, it turns out that no one really knows who the true owner of the museum and its contents actually was.

It was said that this museum contained one of the largest collections of military uniforms in the United States (which I find very hard to believe). There were exhibits devoted to medals and awards, women’s uniforms and the instruments and uniforms of military bands. Several vehicles used in military actions ranging from World War II to Operation Desert Storm were displayed in a barn out back.

And now, nearly five years after its closure, I’m not sure anyone truly knows what happened here.

The museum operated for more than three decades in the former Westbrook post office. Towards its end, the museum was rarely open. Perhaps that was because William Reid, collector and owner of the museum’s collection of military uniforms, artifacts, and patches, was in failing health. Reid owned the building and the items inside. According to Westbrook’s town historian, “the interior rooms were beautifully done—women’s military uniforms, General Schwartzkopf’s shirt, flags—the [collection] represented a range of eras, and the basement was full of cigar boxes [filled] with military patches.”

After Reid passed away, Russ Loller of Battlezone Army & Navy in Orange confirmed that his firm bought the museum’s contents. The purchase was “a private investment. Some things will be sold, some will be displayed, and some will go to a West Haven military museum.” 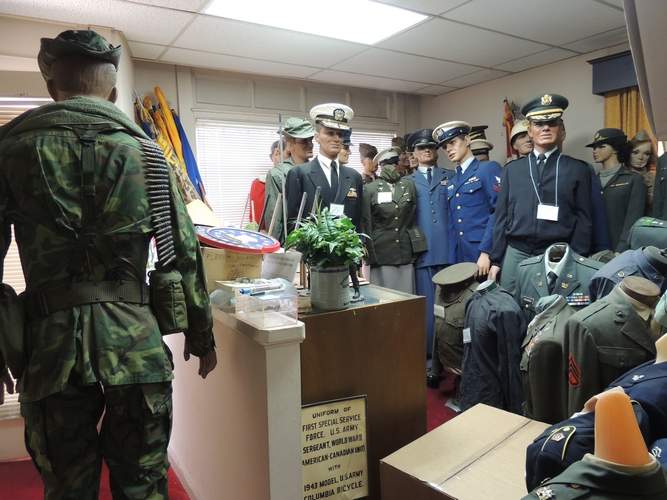 The one picture I found of its contents online

Loller also suggested that a few items with ties to Westbrook or with Westbrook’s name on them may return to the Westbrook Historical Society for display. That was in 2018 and I’ve no idea if that has happened.

I’m not going to go deep into the mystery of the property, as it gets kind of boring with taxes, liens, LLCs, and non-profit 501c3 intricacies. Basically, the museum was a tax-exempt organization until 2013 when Reid sold it and it was changed to an LLC. The town of Westbrook never received further documentation that it was still a 501c3 non-profit – and LLCs rarely are anyway. Then Reid died and the contents were sold and someone made money. Tax bills were prepared for the five years of operation, but… no one knew who to bill.

This was quite a mystery among those who cared in Westbrook and frankly, I have no idea how – or if – it was resolved. I do know that the property was eventually sold again and a small Mexican restaurant called The Whole Enchilada operated in it until that closed in 2020 or so.

And yes, in 2022 vestiges of both the museum and restaurant remain on the front of the building. And in 2022 I drove by, noticed it, turned around, stopped, took a picture of it, remembered there was a wacky story about it, wrote about it, edited it, and put it “out there” for you to read.

And since you just did, you’ll perhaps be heartened to know that there are plenty of other military history museums all around Connecticut – not that that diminishes the loss of this one. I’m sure it was pretty cool. 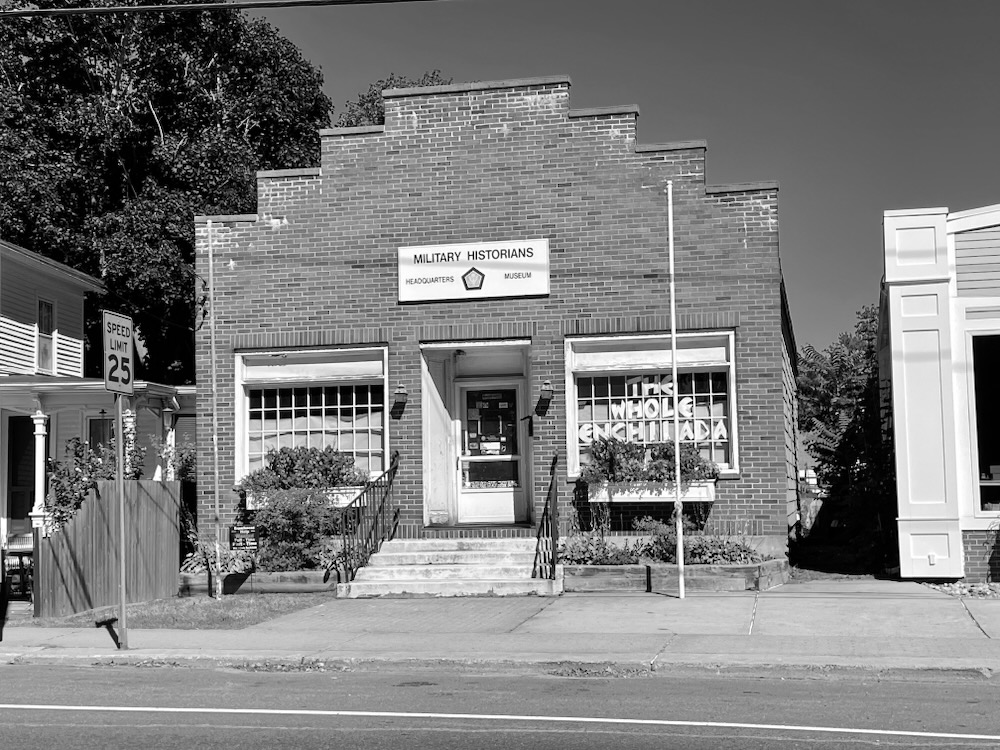 All information above is from here and here.