CTMQ > Everything Else > Civil Engineering > The Legacy of the Dexters

I drive over the Dexter D. Coffin, Sr. Bridge every day. Many of you probably do as well, whether you know it or not. It is the I-91 bridge that connects Windsor Locks to East Windsor across the Connecticut River. I’ve never heard it referred to as “The Coffin Bridge” though, and that’s a shame. If perchance I am to die in a fiery car crash, I think it would be poetic if it were to happen on the Coffin Bridge. Too macabre for you? Especially since I do travel it two times per day every day to and from work? 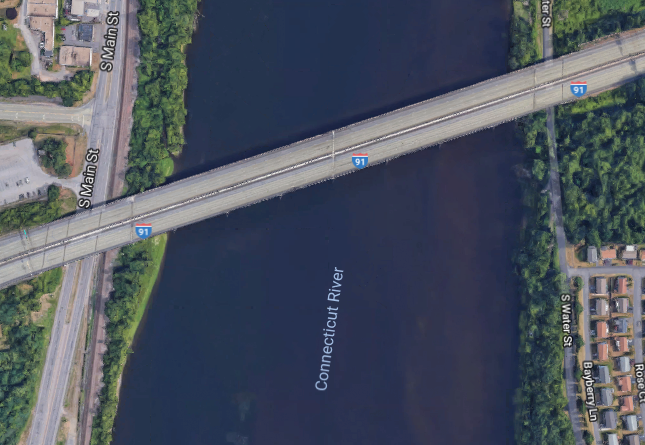 This page isn’t really about the bridge though. It’s about much, much more. As the title of this page says, there’s a lot going on here. Like how until relatively recently, The Dexter Corporation was the oldest company traded on the New York Stock Exchange where it was listed on the 200th anniversary in 1967.

Mr. Seth Dexter opened Windsor Locks plant for business in 1767 in the British Colony of Connecticut. Back in those days, the Dexter Company ran a saw and grist mill before expanding into the manufacture of specialty papers. 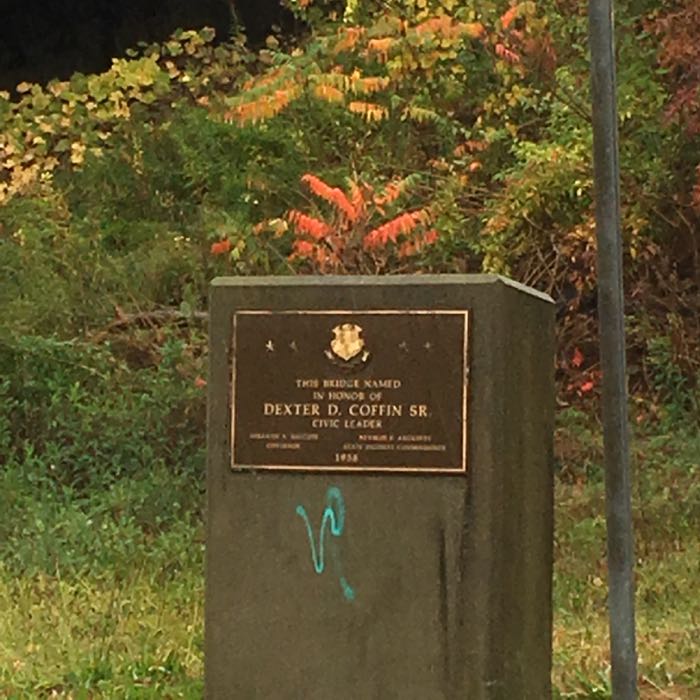 What kind of specialty papers? Dexter was the inventor of the technology to make porous teabag paper! The company also introduced the first catalogue cover paper. In the second half of the twentieth century the company grew internationally and concentrated on aerospace, automotive, electronics, food packaging and medical markets in the early 1990’s. (The list of stuff they invented and marketed is quite long. All kinds of specialty papers, a fibrous meat casing, the first packaged toilet paper, lightweight air mail writing papers, and condenser tissues for the electrical industry. Dexter’s accomplishments go on and on all the way up to some of the materials used on our military’s stealth aircraft. You can read the whole company’s history here.)

Heck, the very name of the town, known as Pine Meadow until it was incorporated in 1854 as Windsor Locks, derives from the canal dug in the 1820s to serve Dexter’s transportation needs. The canal continued to provide process water for the big machines that churned out paper for tea bags, food packaging and medical uses for decades. 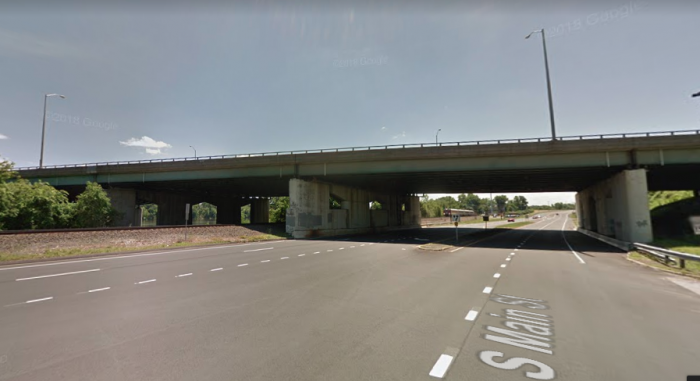 Dexter went public on the New York Stock Exchange in 1967 and was, for a long time, the oldest company traded there. Our own little paper-making Dexter Corporation in li’l ol’ Windsor Locks, Connecticut. Annnnd then it was acquired by Ahlstrom in 2000. Annnnd then it was taken over in a hostile fashion and was no longer an entity listed on the New York Stock exchange. (It was parceled up among a Finnish paper company and a California tech company and Ahlstrom.)

But for most of my life, it really was the oldest publicly traded company in the United States. It was once worth over a billion dollars back when few companies were. And that’s pretty cool. But if Seth Dexter started the company, and a bunch of Dexters ran it for a century or two, what’s up with this Coffin guy? 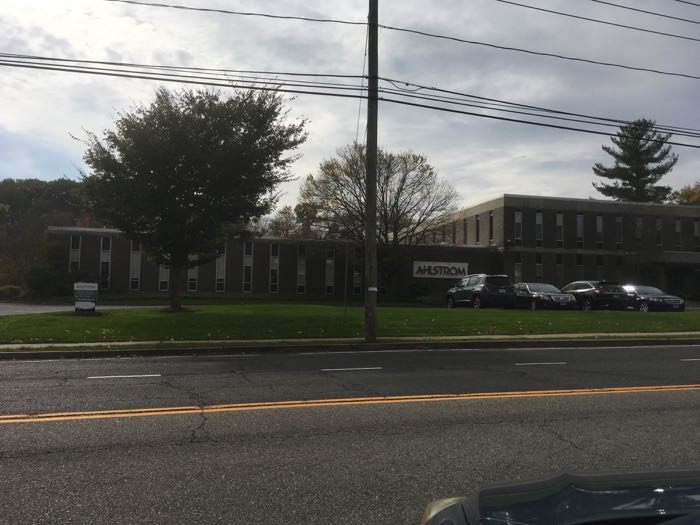 But then there was a third Dexter. Dexter D. Coffin III. The guy had some issues. Fortune Magazine wrote a whole article about him in 1986. It was not a kind article .

Dexter D. Coffin III, 37, grew up with servants, yachts, private boarding schools, and a U.S. family tree that dates to the mid-1600s. That’s when his Dexter and Coffin forebears settled Cape Cod and Nantucket Island. He is heir to more than $6 million, held in three trusts. Their principal holding is stock of Dexter Corp., a manufacturer of specialty chemicals that is the nation’s oldest publicly traded company; his uncle is chairman. But Coffin’s wealth has not helped him. He is serving a 17-year term in a Virginia state prison for prescription fraud. 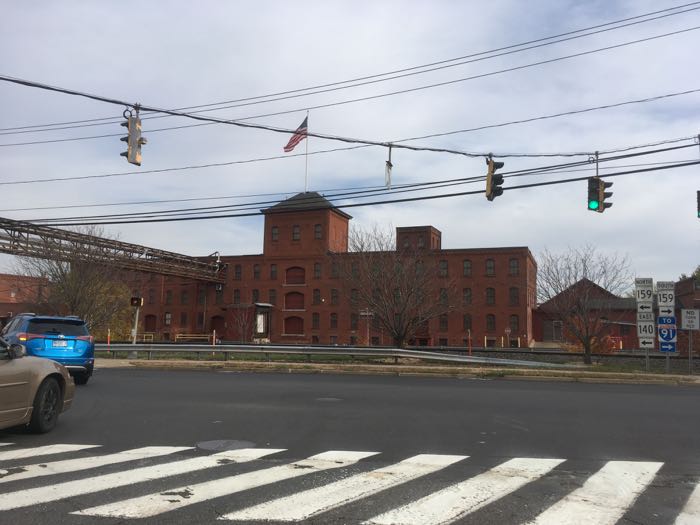 His first skirmish with the law came at 24, when he was convicted of stealing a yacht in Florida. Four years later, after a bout with pancreatitis, he became addicted to Tussionex, a potent, opiate-based cough suppressant. He claims that treatment for subsequent illnesses reinforced his addiction. In 1978 he was first charged with using fraudulent prescriptions. The sentence: five years’ probation.

Then Coffin attempted a comeback. Thrice divorced, he married for a fourth time, moved to Virginia, and invested in a computer store. Coffin’s drug habit led to the store’s bankruptcy. “I was out every single day trying to obtain drugs to keep myself from going through withdrawal,” he says. He was up to 60 Tussionex pills and 30 other painkillers a day, a dosage doctors say could be fatal.

Articulate and well groomed, Coffin got the drugs by impersonating doctors and lawyers. Says his attorney, Michael Morchower: “Put him in a suit and tie and put him in front of a doctor and he could pass for anyone.” His impersonations landed him in a Charlottesville, Virginia prison. In April he escaped. He had been returning from a psychiatric session with his wife and two armed guards when he sneaked out of a roadside restroom and sped away in his wife’s Lincoln Continental. He says he ran because he felt his life was in danger. He was caught trying to buy drugs in New Hampshire.

Dexter the 3rd is dead now. Perhaps in a coffin. His obituaries don’t give a cause of death. But Googling him yields something else fascinating:

Mr. Coffin figured prominently in the 1976 murder of Richard Kreusler, a candidate for Palm Beach Town Council who was shot when he answered the doorbell at his home on Via Marila. Mr. Coffin’s testimony, given in exchange for his release from a five-year prison sentence, helped convict Mark Herman of the crime.

Turns out Mr. Herman was very likely wholly innocent and Coffin just pinned the murder on him to get a reduced sentence. Probably to get out of jail to buy drugs. 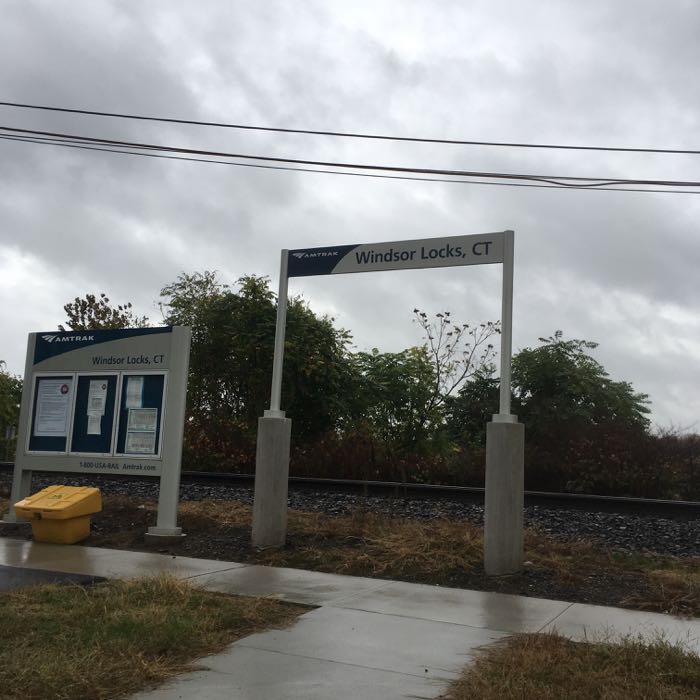 So imagine you’re me and you find the name of a bridge mildly interesting, so you look up the name on the Google. I wasn’t expecting anything, let alone all of the above. A US oldest! The invention of teabags and toilet paper! A last name that became a first name! Hostile takeovers! Drugs! Prison escapes! Murder!

And while were talking about weird stuff in Windsor Locks, what’s up with their train “station?” It’s just a little bus stop looking thing next to some train tracks next to a huge abandoned (Dexter?) factory next to the canal next to the Connecticut River that the Coffin Bridge spans. 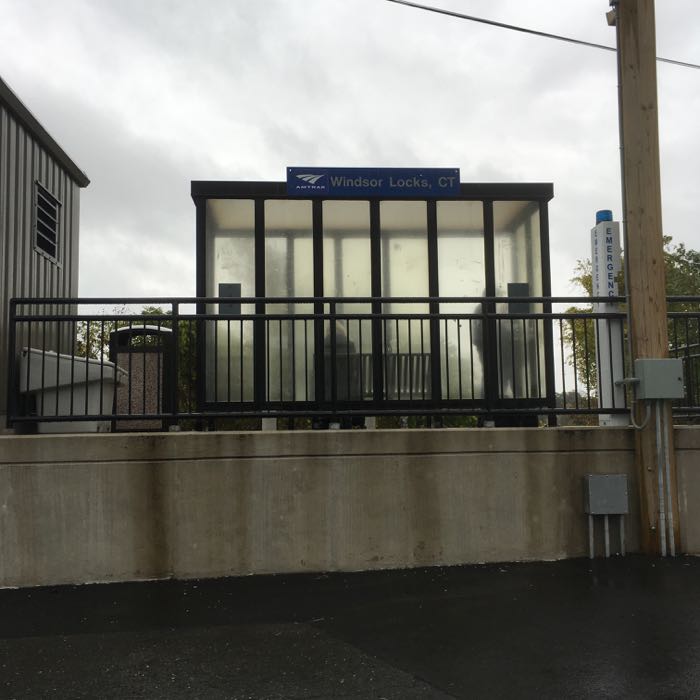