I was a bit fearful as to how this day would turn out, as I had no idea whether or not the places I planned on going would be as soccer-friendly as I’d hoped. We Americans are always told that the rest of the world loves soccer, right? So wouldn’t you think that the ethnic bars and restaurants whose countries were playing would be hopping? First stop: East Side Restaurant in New Britain, CT. 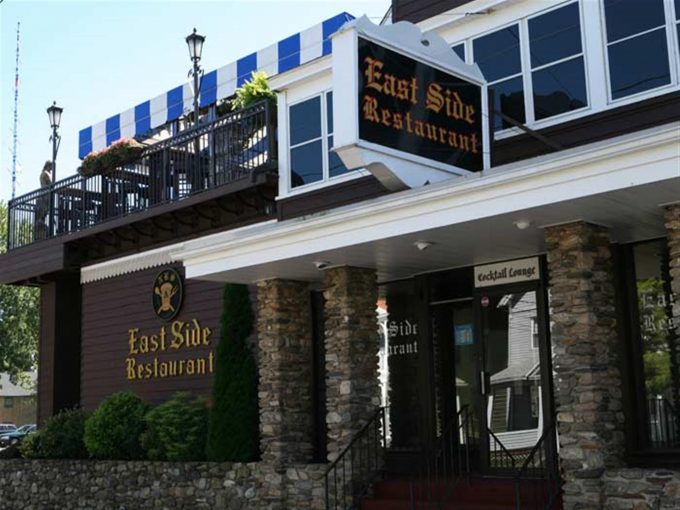 The East Side is a rather large and well-reviewed German joint. The portions of food are ginormous, the beers bigger. When you get one of these monstrous steins, a guy appears out of nowhere and regales you with the “Ticky tocky ticky tocky oi-oi-oi” chant. Then they put stupid hats on you. Yes, even at 1 in the afternoon. So enough about the venue for now (It will be reviewed in full as part of the CTMQ International Food Tour) what about the soccer? 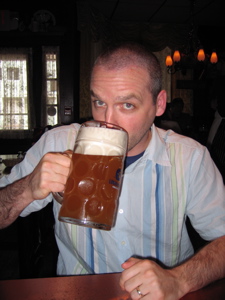 Yeah, well… consider the German experiment a failure. My potato pancakes were good as was Ed’s bratwurst; and the waitress was, um, interesting. But the East Side did away with their bar area! So we were forced to watch the tiny TV screen in a booth in a restaurant filled with the bus of elderly folks from a nearby retirement home. (Not kidding.) No one cared about the game but one waitress and one random guy. And yet, we had fun. 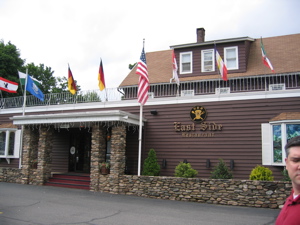 Guten Tag! It looked promising from the outside… 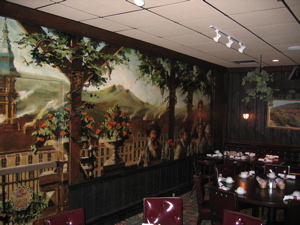 …And had a giant beautiful mural of Munich inside 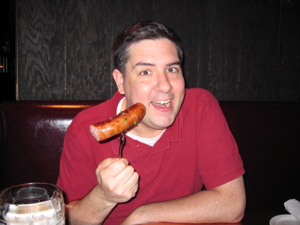 No crowd, tiny TV, but Ed still had his wiener 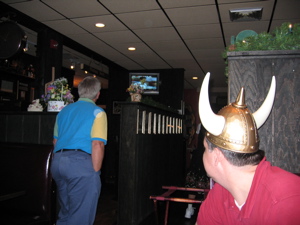 This was it. Me, Ed, and some old guy watching the game. 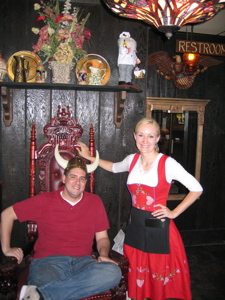 Ed celebrates the 4-2 German victory with a waitress

And that was that. The world’s biggest sporting event was off and running with a whimper. The next stop had to be better. After all, New Britain is known locally as New Britski because of its massive Polish population. We paid our bill and drove 2 miles across town to “Little Poland.”