Screw it. I’m forging ahead and writing this post. Why the hesitation? For starters, the Connecticut Museum of Glass is not open. Okay, so why bother pretending I visited it? Well, because I did, that’s why. 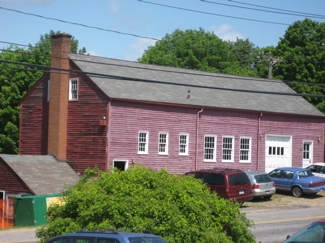 I’ve been following the activities of the museum for over three years now and I don’t see any movement forward. This is understandable in today’s economic landscape, but since the museum appears to own the historic John Turner House and hasn’t made a noticeable move towards opening as a museum, I figure this may be my best shot for years to come. If not, I’ll be sure to revisit it and write a proper post.

2020 Update: In the 11 years since I wrote this page, not much has happened. It does appear the house may be open from time to time, but it’s still not a proper museum to my eyes.

At the least, I know that at least one gentleman affiliated with the museum does visit this website so we may get some sort of periodic updates in the comments section here. I really do hope the folks in charge obtain the funding required to open the museum they intend, for their website is updated, informational and the project definitely looks promising. However, it’s been over 15 years since the property was acquired from the state and one peek inside the building sort of puts a damper on any excitement. 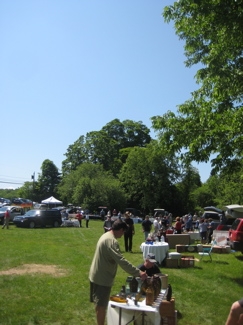 The museum hosts a glass and bottle show every May where vendors and collectors from around the region converge to showoff and sell their wares. I was invited to attend this event by the Museum’s president, so with my dad in tow, we drove up to Coventry to check it out – figuring this would be the best I could do for quite some time.

Of course, without actual exhibits or displays or even a building to enter, my write-up would be completely useless without the museum’s fine website to assist. So while CTMQ purists may scoff at this page, I believe the following bits from their website will satisfy all but the most bitter readers. 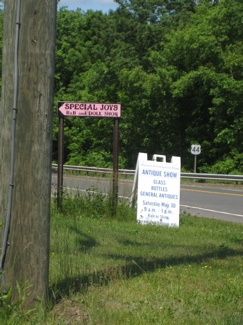 This new museum is dedicated to exhibiting, preserving, researching and providing education about historical glass made in the numerous glassworks of Connecticut. The museum’s permanent exhibits and offices will be housed in an original two-story residence, circa 1812/14, built for Capt. John Turner, one of several incorporators of the Coventry Glass Company (and later one of the founders of the Ellenville [N.Y.] Glass Company. Located in Coventry, CT at the intersection of Rt. 44 and North River Road, the building is one of several original houses still standing in the National Historic Glass Factory District. The Connecticut General Assembly voted in June 1994 to place the historic building in the trust of the Museum of Connecticut Glass. The structure had been the property for many years of the University of Connecticut.

Also located on the same road in Coventry is the legendary Special Joys Toy and Doll Museum, a place I still get email about to this day. 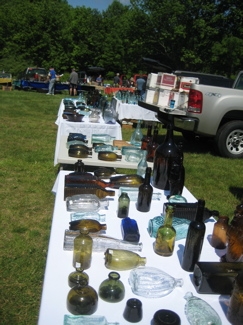 A second building acquired in 2005 by the Museum will house the institution’s education and activity facilities. An addition of a furnace room will house a glass furnace where glassmaking will be done in the way early glassmakers had done almost two centuries before in Coventry and at other Connecticut works. Space for classes and temporary exhibits also will be located in the building. Handicapped bathroom facilities already have been constructed within the second level space. That three-floor barn, built in 1935, had housed the University of Connecticut’s Agricultural Extension field offices and plant experimental facilities. 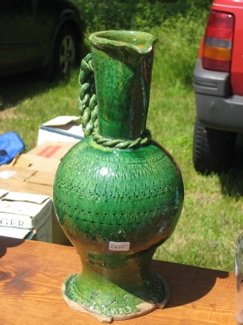 A unique and important museum dedicated to recording and preserving the art and history of glassmaking in Connecticut, the Museum of Connecticut Glass, Inc. is destined to be an important link preserving the roots to one of our nation’s earliest and most active, creative industries…glassmaking….this statewide museum, located in the National Register’s only designated National Historic Glass Factory District, can offer. Even with all the existing major museums whose expertise and interest in American Decorative (and functional) Arts is significant, there remains a vital need to dedicate the kind of curatorship and specialization this unique, statewide museum located in a designated, National Historic Glass Factory District can offer. The Museum of Connecticut Glass has been established by a group of highly motivated individuals who wish to preserve these documents, tools, materials and fragile artifacts from one of the most renowned centers of early American glassmaking, for present and future generations of Connecticut and the nation. 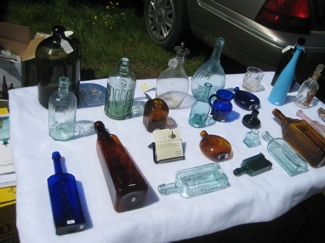 The museum is up front about their need for further funding. It seems they’ve made some good headway, which is certainly encouraging, but still have a way to go.

I’m sure you’re wondering what some of these long gone local glassworks were. The one I was familiar with before reading the Museum of Glass’s website was Pitkin Glassworks down the road in Manchester. In fact, I’ve visited the former site, and even wrote about it for some reason. 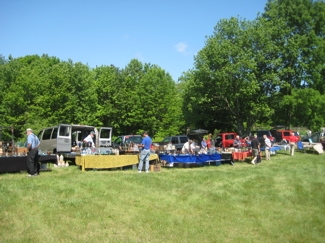 Connecticut’s first successful glassworks was formed by William Pitkin, his cousin Elisha Pitkin and Samuel Bishop and they were granted a 25 year exclusive privilege from the state’s general assembly to produce all types of glass. The Pitkin family was large, old and influential with many land holdings in pre-and-post revolutionary industries including guns, gunpowder, textiles, flour, iron, silver, tobacco and snuff.

The glassworks has always been considered a bottle glasshouse at which commercial products which were blown there consisted of chestnuts, demijohns, utilities, snuffs, globular bottles and tableware like pitchers, creamers, bowls & pans. The most popular and recognizable wares were the inkwells and molded flasks blown in the German half-post method consisting of ribs & swirls. The figured flasks and sunburst flasks are all prized by collectors with some extreme rarities. We do know window glass and clock faces were also manufactured there in the early years. The Pitkin colors are yellow-amber, olive-amber, olive-yellow, yellow-olive, olive-green, yellow-green and a bluish to deep green. These are the New England “earthy” tones and were basically carried on in the future Connecticut glasshouses. 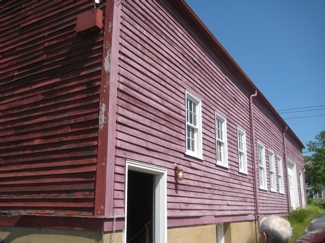 Some examples of Pitkin glass are on display at the Old Manchester Museum. The website continues on to discuss several other Connecticut glassworks, but I’ll just post some info about the most local one – Coventry Glassworks.

Coventry was a powerhouse during its heyday and produced all types of bottles, porters, wines, flasks, snuffs, blackings, octagon vials, jars of all sizes, demijohns, chestnuts, sunburst flasks, Pitkin-type flasks, medicine types including a large lettered Swaims Panacea, blown three molded wares including inkwells & tableware. Coventry glass comes in an impressive array of colors but the yellow-olive-greens and ambers dominated. The figured historical flasks are the most popular and prized with the Lafayette grouping as well as two rare masonic molds.

Some examples of Coventry bottles can be seen at the Coventry Historical Society’s Strong Porter House in town. 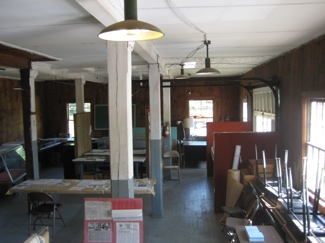 The 2009 state of things inside

I was amazed at some of the incredibly high prices antique American glass commands. The event was well attended and everyone seemed to be having a grand ol’ time. Of course, everyone knew a think or two about glass whereas my dad and I were like aliens there, knowing nothing and not really going out of our way to chat up the locals.

Hopefully someday I’ll return to the Connecticut Museum of Glass and will then be able to rewrite this entire page. We shall see. 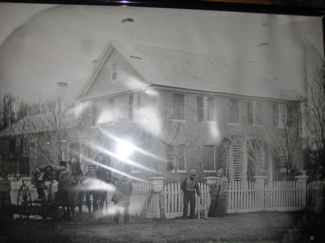 The John Turner House back in the day