It’s unfortunate that the Lymes of Connecticut (Old Lyme, Lyme and East Lyme are real towns, Hadlyme is not and is actually not even part of one of them. And while I’m stuck in this parenthetical, I might as well mention that Lyme is a rare zero-museum town. But as I was saying…) it’s unfortunate that the Lyme name is associated with deer ticks and the disease they carry. Because before Lyme Disease, Old Lyme was better known as a very important artist’s colony. 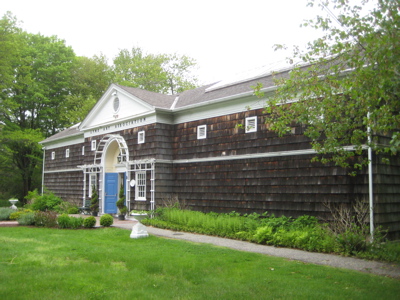 The Florence Griswold Museum is a heavyweight art museum which is right next door to the Art Association. There’s also the Lyme Academy College of Fine Art and lots of galleries around town. Here in Old Lyme it was all about impressionism and Florence Griswold played a huge part in that. 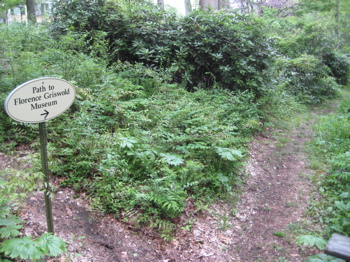 Path to the Florence Griswold Museum

While boarding at Miss Griswold’s in the summer of 1899, Henry Ward Ranger was busy making plans to form an artists’ colony. Little did he know, within a few short years, the quiet Connecticut town of Old Lyme would become known from coast to coast as an art center of distinction. Childe Hassam’s arrival in 1903 attracted many others and this remarkable group transformed into, “the most famous Impressionist-oriented art colony in America” according to William H. Gerdts’ book, American Impressionism. 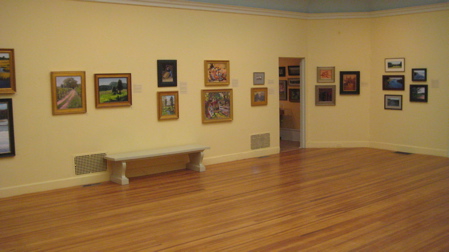 I didn’t visit the Griswold Museum at the same time as this place, though I probably should have. (I did, however randomly, eat lunch at the historic and beautiful Griswold Tavern which has nothing to do with Florence Griswold. Or the town of Griswold. 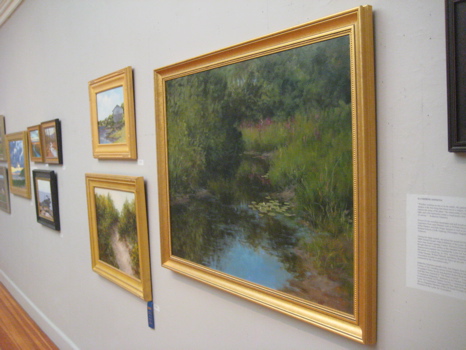 If you wish, you can read a long paper about how the art colony formed and still thrives (as much as an art colony can) today. During the first quarter of the twentieth century, Old Lyme, Connecticut was the center of the Lyme Art Colony, one of most influential colonies in the history of American Art. Artists from across the country flocked to the area to paint the region’s abundant subject matter. Southeastern Connecticut offered the artists a wealth of subject matter. From lush gardens and gentle shorelines to Colonial and Federal houses, the artists were never at a loss for themes. 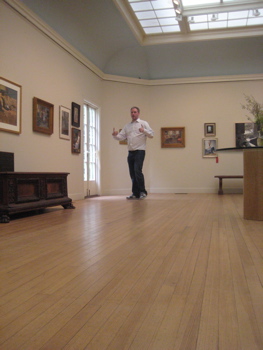 It really is a lovely area of the state and I’ve gained an appreciation for it. The Lymes have a slightly different tenor to them than the other shore towns. They aren’t beach towns so much as they are art towns. I don’t know how towns “feel” like art towns, but Old Lyme somehow does.

I visited the Lyme Art Association on a perfectly drizzly impressionistic day. The building is mere yards from I-95 on a fairly busy road, but somehow doesn’t feel that way. The building is divided into a few different well-worn gallery spaces, plus a tiny little room which houses some of the Association’s historical artifacts. This room also serves as an office of some sort, so while the woman in there was more than friendly, it also felt kind of odd poking around. 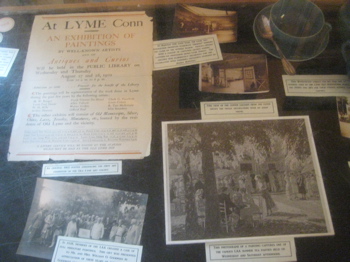 Now is when we cut and paste from the Association’s website:

Incorporated in 1914, the Lyme Art Association continues the tradition of presenting fine art exhibitions and sales by its artist members in the historic gallery. Exhibitions of Lyme Impressionist paintings began in 1902 and were held every summer in the Phoebe Griffin Noyes Library in Old Lyme until August 6, 1921, when the present Lyme Art Association gallery opened. 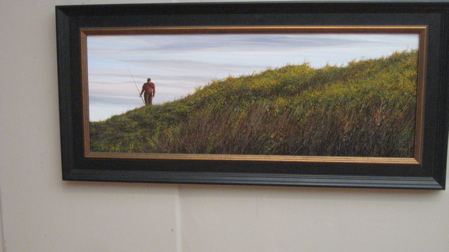 Coming up the Hill by Del-Bourree Bach

The building committee chaired by Lawton Parker, worked with architect Charles A. Platt, designer of the Freer Art Gallery in Washington , D.C. and the Lyman Allyn Museum in New London , CT. The plans for the gallery called for perfect lighting and architectural compatibility with the other buildings in the New England village of Old Lyme . In its review of the opening exhibition, the New York Times praised the gallery as, “an embodiment of art in harmony with its natural surroundings.” 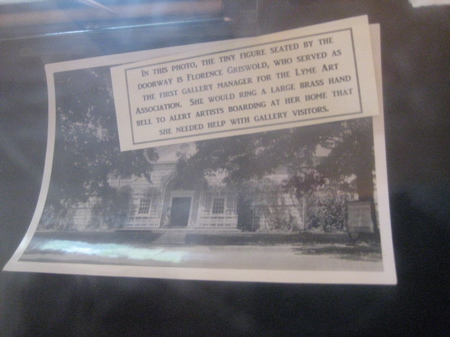 The mission of the Lyme Art Association is to advance the cause of representational fine arts by owning, maintaining, and preserving an historic building and galleries in Old Lyme, Connecticut, holding art exhibitions, and conducting educational programs for the benefit of the local community and the general public.

Today the Lyme Art Association hosts a diverse schedule of juried art exhibitions with all works for sale by its Member Artists. Further, in keeping with the Association’s commitment to provide a showcase for the exhibition and sale of fine art, the spacious gallery is offered periodically as a gallery for the works of some of the region’s finest and newest representational artists.

Boy, that sure makes my “job” writing about this place easy! 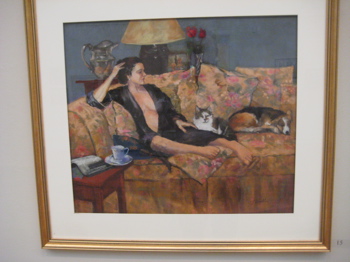 As if this page hasn’t emphasized the history of this museum enough, the exhibition during my visit was “The 90th Annual Elected Artist Exhibition.” That’s a long time to be showing an annual local artists’ exhibition. There are rules and such about how many paintings artists could enter and all that, but here’s the thing: The jury chair for this was Del-Bourree Bach. And between you and me, his work stood out heads and tails above the rest – I loved his stuff. His detailing is incredible (he does work in acrylic, which helps a bit, but c’mon… he’s really pretty great.) 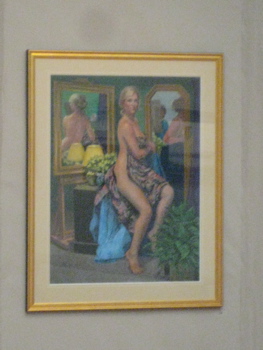 The Lyme Art Association doesn’t keep up lines from 2011, but you can check out some of his work here.

The other exhibition was a themed one called “Interiors: Within Four Walls” which featured work “inspired by the interior landscape.” Most of this stuff was completely unexciting to me (and let me be VERY clear – I can’t paint by numbers) but once again this Del-Bourree Bach guy blew me away with his “Spanish Colonial” painting: 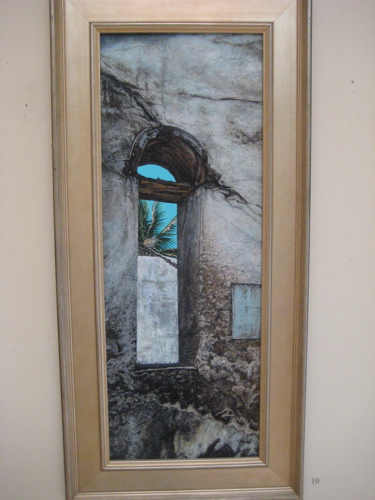 I really enjoyed this gallery. The walls are pocked with years and years of nail holes from previous shows and the bathroom contained a perfectly ridiculously random photo of some guy in a genie costume for no particular reason. I liked that.

And last but not least, the young man working the door was very polite and helpful to me and my art-ignorant questions. I wasn’t ignored at an art gallery/museum! Hosanna! 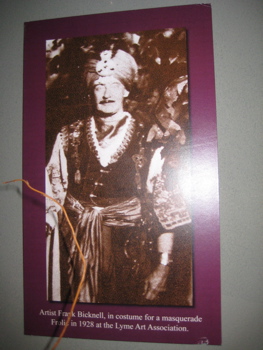