I hate to admit the following, but I feel I must: I probably only experienced 70-80% of this museum. I was barely able to listen to the docent. And my pictures are terrible at best. 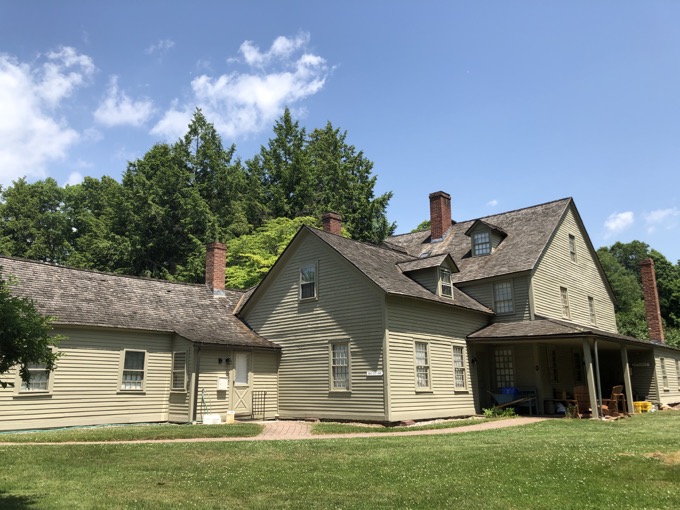 Well, first of all, after 232 museums, I’m allowed to slide on one or two, aren’t I? What is wrong with you people? Sheesh.

As this was the annual Connecticut Open House Day, I was out with the whole family for a CTMQ adventure. We had just enjoyed the Keeney Schoolhouse across the lawn and now the boys were tired. 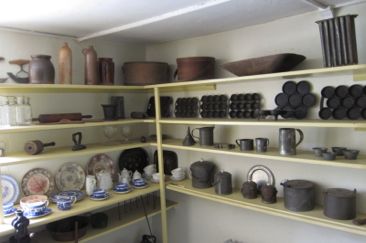 14-month old Calvin and six-year-old Damian… When Damian gets tired, he’s all done – as he has a rare syndrome that affects his behavior quite severely (among other things). So Hoang stayed outside with Damian, trying to placate him for as long as I would take inside.

But inside, I was carrying an ornery Calvin who was none too happy about the whole situation: No mama, no Damian, historic house museum… and it was pretty hot. 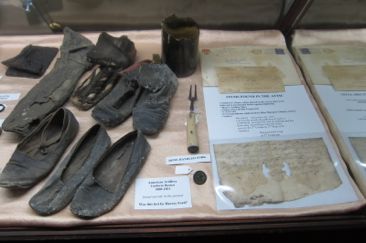 But, as longtime readers know, I forge ahead. This museum is rarely open and I’d come to view in it in the past only to be foiled. I was here, it was open, and I was going to get in as much of it as possible, kids be darned.

(Actually, I did see each and every room and noted each and every “important” item within the Cheney Homestead – just not with my usual focus. But fortunately for all of us, the wonderful Manchester Historical Society maintains a decent website that provides us all with everything we’d ever want to know about the Homestead and its former occupants. So yes, I’m taking the lazy way out here… It’s better for all of us.) 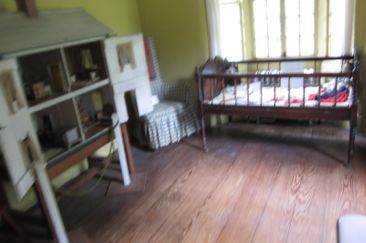 I should note that in Manchester, “Cheney” is pronounced “Cheenee” and not “Chay-nee.” Let’s learn about about this museum/homestead:

Timothy Cheney, farmer, miller and one of America’s famous clock makers, built the Cheney Homestead about 1785. A brook to the south of the home afforded water for the grist mill which he operated with his son George.

On October 25, 1798, George Cheney brought his bride, Electa Woodbridge Cheney, to the Homestead to “keep house”.

Ahhh, simpler times. A time when we could marry a woman into servitude and we could name daughters cool names like “Electa.” But it’s not like George just used Electa as a baby-making machine –

To the couple were born eight sons and one daughter.

With the exception of George Wells who had died, and Seth and John who became well-known artists, the brothers joined in establishing the Mt. Nebo Silk Company. The firm later incorporated as Cheney Brothers and became world famous as a leader in the silk industry. 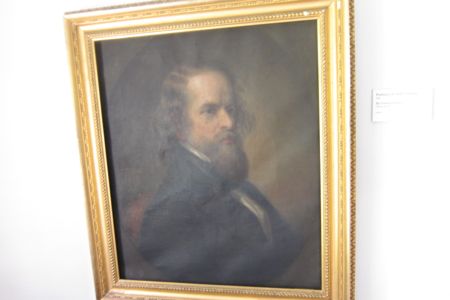 And with that sentence, the entirety of the Cheney Brothers National Historic District and its attendant current-day museums all come together! The Mills, which are now apartments, the Cheney Fire Museum which was originally built to fight fires at the mills and workers’ housing, The Manchester History Center and Loom Room, and the Old Manchester Museum which ties everything together. 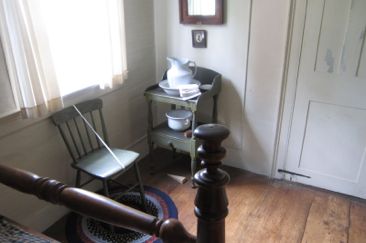 The federal government saw it fit to bring all of this stuff together in 1978 under the Cheney Brothers Historic District – which I wrote about here.

Suffice it to say, these Cheney folks were rather important to Manchester’s development.

In the Homestead, the downstairs living room was originally a pine-paneled keeping room with a massive fireplace and Dutch oven.

The entrance door is extra wide so “hogsheads could be rolled into the buttery at the rear.” A unique feature of this room is the built-in wall clock. When a door from the southeast room was cut into the stairway, it was necessary to remove the clockworks. A picture of Lake Pepin by Seth Cheney replaces the face. The tall clock in this room is an example of Timothy’s work and is labeled. 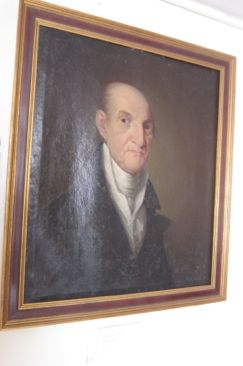 To the east is a study which was originally an 8½ x 12½ ft. bedroom in which the children of George and Electa were born. Seth Cheney, who traveled and studied extensively abroad, came home one summer and enlarged this room for his mother, doing all the work himself.

An addition to the original house to the west provided a dormitory for the boys, now furnished as a dining room. Here are to be seen a set of Chippendale-style chairs which are attributed to Eliphalet Chapin of East Windsor.

And there’s another name you’ll keep hearing over and over if you ever decide to embark on CTMQ2. (Don’t. It’s nuts.) 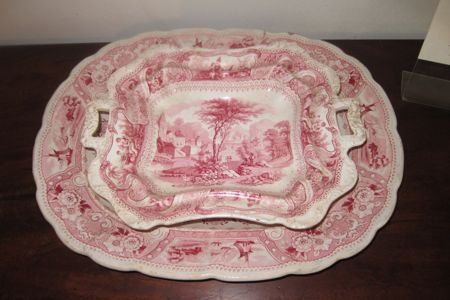 As the Homestead is set into a hillside, the “second floor” is also on ground level with the “front” door of the paneled parlor facing east. An early 19th century chaise lounge with Chippendale back, a cage-top tilt table and a secretary with candle slides are features to look for. To the south of the stairs is one of the guest bedrooms and to the west of the parlor is a second bedroom.

Originally a bedroom, the last room to be added to the home has been furnished as a nursery with a spindle crib and a late 19th century doll house, all used by Cheney families.

Much of the fine 18th Century furniture was acquired in Philadelphia by John Cheney, the brother who was a famous engraver. Numerous drawings by Seth as well as etchings and engravings are to be seen throughout the home. 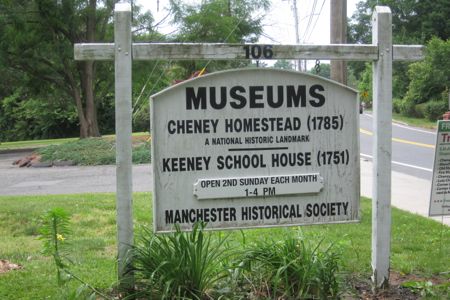 The house is kept in great condition, and the guides present during open house day were very knowledgeable and dare I say – sympathetic to my situation. I do wish I had been able to absorb a bit more of the tour, but being a veteran of all the other Cheney-centric museums around Manchester, I think I’m okay.

Oh yeah, if you are bike riding and connect the Cheney Rail Trail to the Charter Oak Greenway, you’ll pass this joint. Calvin and I did several years after this visit and that’s when that top picture was taken. 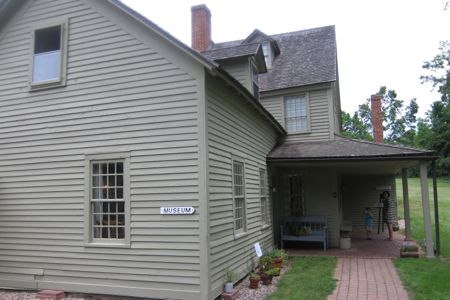