“Fire!” Just kidding – but it’s okay to shout fire in an uncrowded website. Trust me. “Fire!” See? Nothing happens. But something IS happening in Manchester at the Cheney (“Cheenee”) Fire Museum; something very good. World famous blogger EdHill and I continued our Full CTMQ Day with a stop here and enjoyed every minute of it. 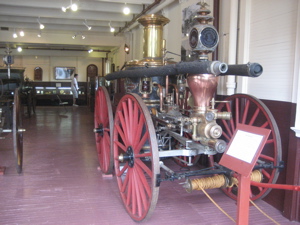 Fresh off the fun we had over at the Old Manchester Museum, we were eager for more. This museum occupies a historic fire station, built in 1901 to serve the Cheney Silk Mill complex and the surrounding neighborhoods. The museum is operated by The Connecticut Firemen’s Historical Society, a nonprofit organization dedicated to preserving and displaying the history of firefighting in America with a special emphasis on Connecticut. 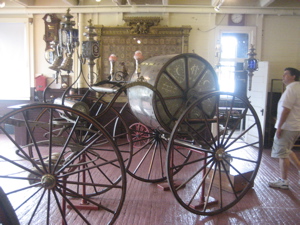 The museum was established in 1979 and now includes many types of fire fighting apparatus, from early hand drawn hose reels to horse drawn equipment to a 1921 Ahrens Fox pumper – more on that below. Upon entering we were warmly greeted by a very large and burly manly man. “Hello, gentlemen. Are yous guys firefighters?”

“Um, no?” we sheepishly answered. I didn’t learn until later that Ed was concerned that his own “straight guy-ness” was being questioned by our tour guide. I guess since I’m married with child, I don’t think about such things – of course if I had known, I’d have heightened Ed’s concern with a few stolen kisses or by calling him “Baby” just within earshot of our new friend. Oh well, a missed opportunity. 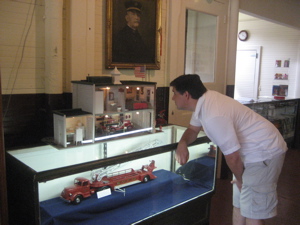 Although hardly firefighters, we were still treated very well and given a very knowledgeable little tour. Up first was a quite handsome old piece of equipment known as The Crescent – a parade hose reel. If it looks delicate in the picture just above, that’s because it is. It was never meant to actually fight fires but rather, only to be used in parades by the local firemen in their finest uniforms. “Nice,” we thought, “but let’s get to the real stuff!”

On our way over to the first “real” truck, we crossed over some little rollers embedded in the wooden floor. I don’t think that these are original to the building; but were added to give some flavor from back when horse-drawn sleds were used in the winter to get to the fires. Also of note, there are still horseshoe imprints in the wood from that late 19th century period. Cool. And check out the old timey fire lamp collection on the wall. 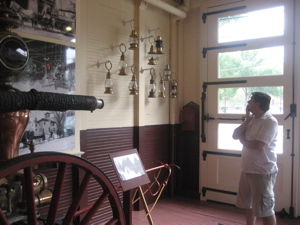 And everyone likes antique fire engines! Like the pristine “Seamstress” from 1864. This apparatus (“she” in fireman parlance) is one of only two of its kind in existence. Randomly, the other one (named Ponka) is in Santiago, Chile. It has a steam-driven engine. The steamer has a horizontal single piston pump with a 4.5″ stroke and 9.5″ cylinder driven by one steam cylinder. Designed to be drawn by hand, she is rated a 2nd size pump – you know what? I have no idea what I’m talking about (not being a manly man) so I’ll stop. “She” sure was purdy though. 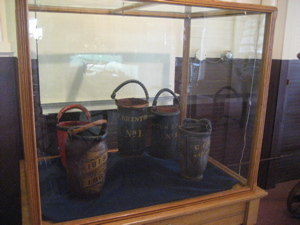 Moving on… we touched the original leather hose used on an old horse-drawn pumper. There was a hand-pumper whereupon 8 men (4 on each side) would pump and pump away in an effort to pressurize their hoses to fight fires. I got the idea that if your wooden house caught on fire before, say, 1930, your house was a goner. Especially after we checked out the old leather buckets from the bucket brigades – sheesh. Why even bother?

There was a fine display of “speaking trumpets” which are given as an honorable gift to high-ranking firemen. They are sort of like badges of honor I suppose – of course, there were plenty of badges of honor on display here as well. 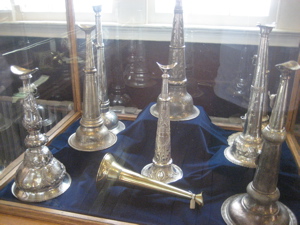 Ed and I also learned from our bear guide that the term “black-balled” came from old firefighter custom. Well, he told us that firefighters invented the process where voters anonymously put a white or black ball in a box when others were up for a promotion or something. One black ball meant no luck and thus that person had been black-balled. Wikipedia, however, does not even mention firefighters and takes the origins back a bit before 1870’s Connecticut:

“The origins of the blackball lie in ancient Greece, where people were excluded by use of the ostrakhon (shell or potsherd) as a ballot in voting.” 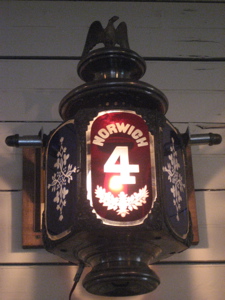 Much to our surprise, we were taken through a doorway to a sort of balcony overlooking a large garage. In it, we looked down upon the aforementioned 1921 Ahrens Fox pumper which was a beautifully restored engine. Next to it was a 1911 Hartford Water Tower, one of only 5 or 6 in existence. The Water Tower was originally horse drawn, but in 1914 the Hartford Fire Dept. motorized it by adding a gasoline-electric tractor in place of the horses. The mast on the Tower is 55 feet high and is spring raised. The Tower has been completely restored and is once again in operating condition. 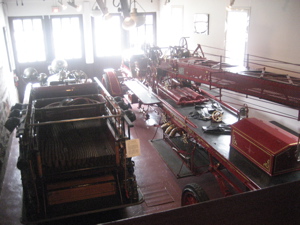 As usual, my picture does NOT do these trucks justice

The area was set up as an old fire station would have looked, which was a nice touch. Next to us was a 9/11 memorial which was very moving in its quiet simplicity. The guide guy left us (probably to go do some push-ups and drink a Muscle Milk) and it was weird. I don’t know why but the scene before us was really, really cool and somehow moving. Firefighting is a crazy job – one that certainly deserves all of our respect. I felt that just then, standing there with EdHill. Thank goodness Mr. Man didn’t stick around for that tender moment. 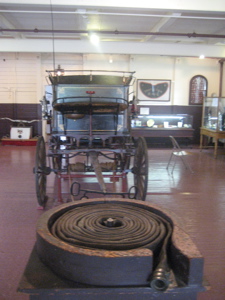 Back in the original room, there was nothing left but the gift shop. And one more story from the guide: “Back in the 1800’s, this was a private station, serving only the Cheney Bros factories. If there was a fire in town at a house, the firemen had to check with the Cheney factory to get the go-ahead to fight the fire!”

The gift shop was tiny and did not offer anything worth thinking about, but I must point out one of the more random “for sale” items I’ve yet to see at a CT museum: 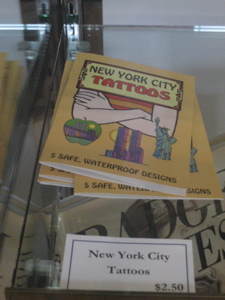 Obviously I really enjoyed the Cheney Fire Museum – I learned a lot and really enjoyed the displays. It was a bummer to learn in the end that several displays were missing due to water damage from a burst pipe a month or two prior; so this place is only better when fully up to speed. 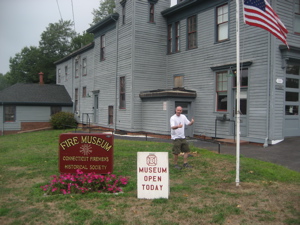