There’s just something about catching up with a museum on wheels. Or one that pops up every few years in different places – like BioBlitz, which I also visited in East Hartford. I’m sure you all get the same thrill I do when the stars align and a visit to one of them becomes possible. 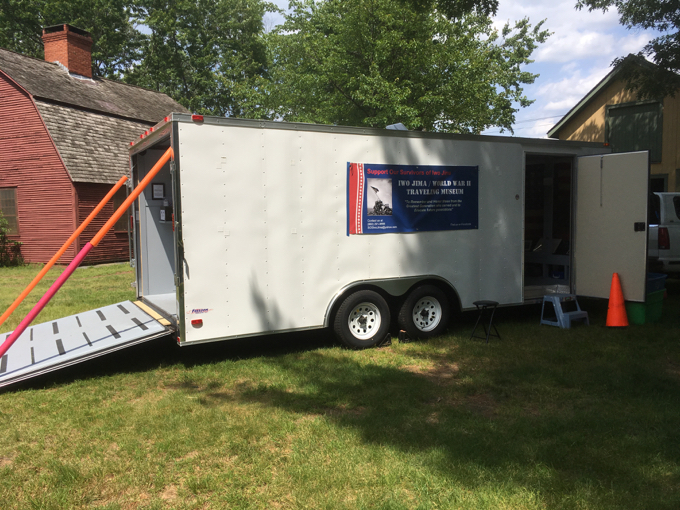 Joking aside, what the couple who has put this museum together have done is really cool.

Support Our Survivors of Iwo Jima owns and operates the Traveling Iwo Jima/World War II Museum. Construction of the museum began in early 2017 and the ribbon cutting ceremony, by WWII Veterans, officially took place in May 2017. There are 9 lighted display cases including a large diorama area, TV, library and sitting area.

Hm. Having been inside the trailer, I’m struggling to remember the “library” and “sitting area,” but certainly applaud their, um, creative description. Let’s check it out.

Note: I’m writing this in my solarium (dining room with a cruddy skylight) next to my library (an Ikea bookshelf). 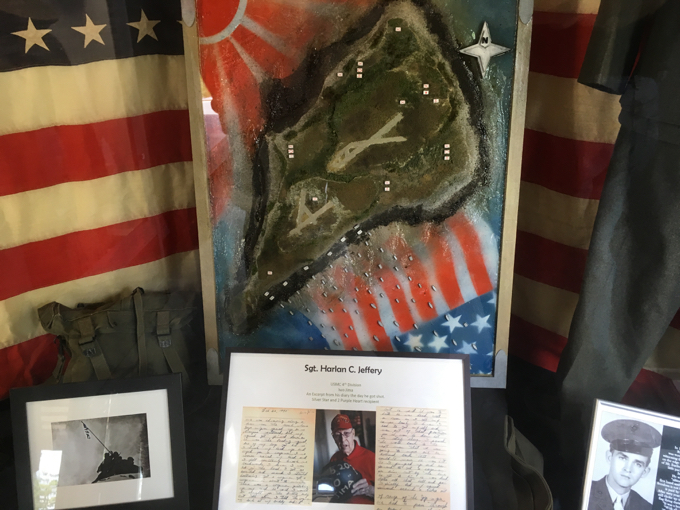 This trailer museum was created by East Hartford’s Marianne and Gary Roy after they learned that WWII veterans were dying. I can’t imagine this was a surprise to the Roys, as it’s a fact that all humans die, and WWII veterans are all now quite old. The Roys spent years collecting memorabilia at estate sales, flea markets, and church bazaars, anywhere really – not just from any branch and not just from Iwo Jima, no, they have stuff from lots of people and places. 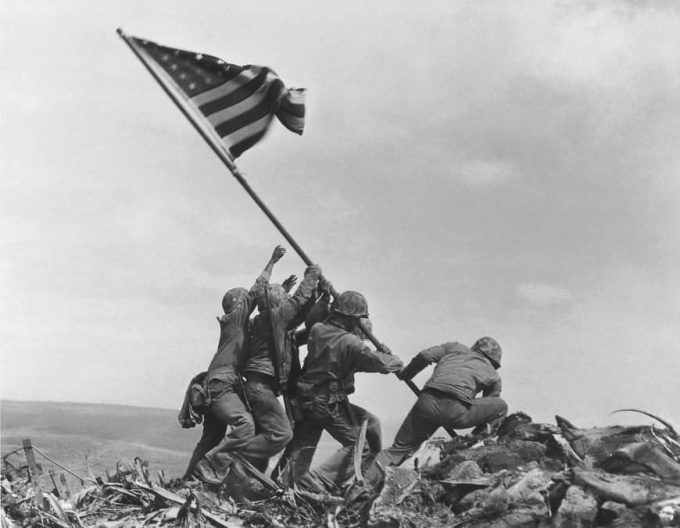 The highlight is probably volcanic ash from Iwo Jima and sand from Normandy Beach. The Roys knew they had a cool and important collection, but realized they weren’t going to have money for a permanent space. Voila, the trailer museum was born. They work on it often (after they work their day jobs – hey, I know what that’s like!) and add little touches and improvements all the time. 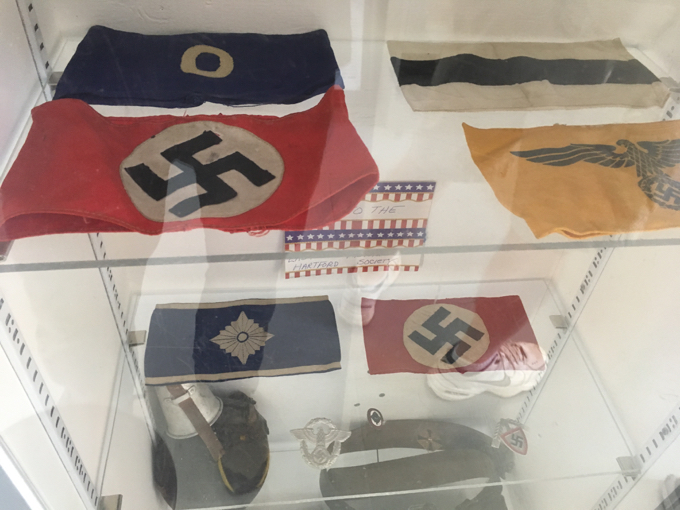 I like how the trailer is painted with the same gray color as the amphibious Higgins boats used to land on beaches in WWII. Beaches like the one ringing that far-flung island of Iwo Jima. War is hell, man. Iwo Jima is only 8-square miles, but the battle there raged for 36 days and resulted in 26,000 American casualties, including almost 7,000 dead. On an 8-square mile, ugly volcanic island. 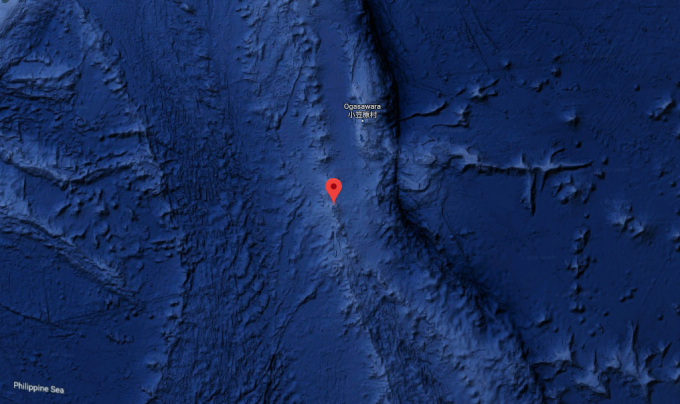 Just bananas. We are a terrible species sometimes.

But hey, Iwo Jima was the first time the US raised its flag on Japanese soil – sulphurous, volcanic, rocky actually ash-not-soil 700 miles from Tokyo, but it made for a cool picture. 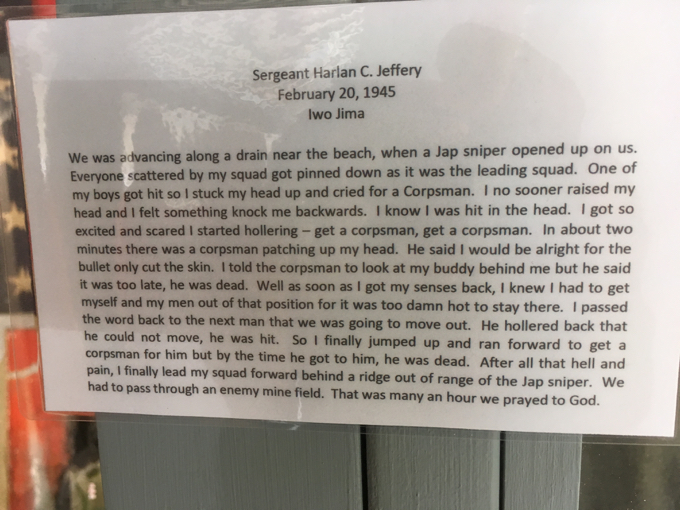 Here’s an interesting fact: The flag-raising atop Mt. Suribachi took place on February 23, 1945; five days after the battle began. Soooo, 29 days before the US took the island. I never knew that. It’s also the only Marine battle where US casualties (26,000 or so) outnumbered Japanese casualties. Which is an odd way of reporting. Pretty much every Japanese soldier on Iwo Jima was killed (about 18,000), which is still fewer “casualties.” War is fun. 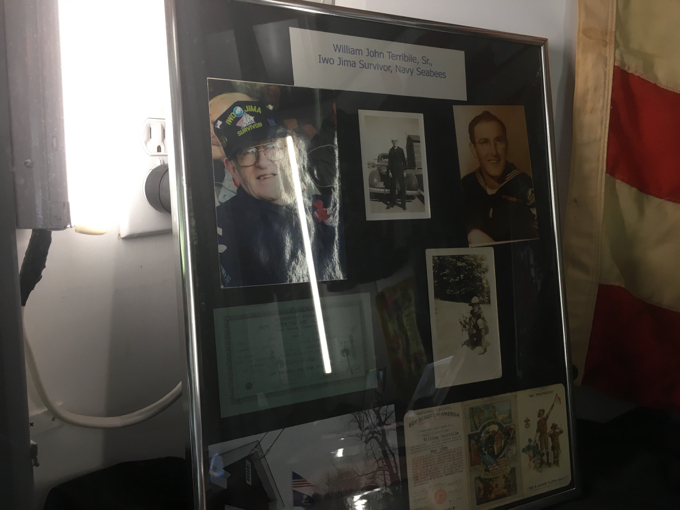 PFC Franklin Sousley was somehow related to my sister-in-law. But the explanation is confusing, so just take my word for it.

This is a unique museum, borne of a cool idea. I hope the collection continues to grow and more young people learn about what our WWII veterans went through. It’s humbling, startling, and amazing. 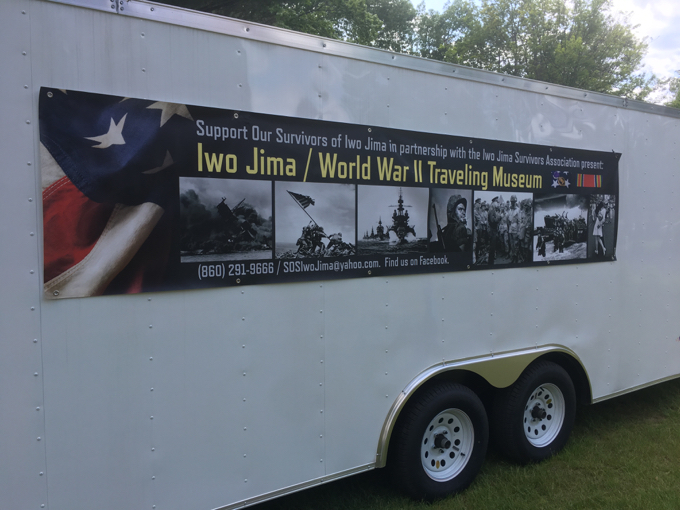