Served up on a Platter
Cromwell, (Google Maps location)
December 10, 2017

There are a distinct “museum seasons” in Connecticut. The biggest one is generally Memorial Day through Labor Day, as that is when the majority of our smaller museums are open. Another “season” is September – Christmas and February-April. That is when the schools, colleges and universities are open. And a third “season” is December on its own. Several dozen historic house/town history museums get dressed up and hold special one or two-day holiday open houses. 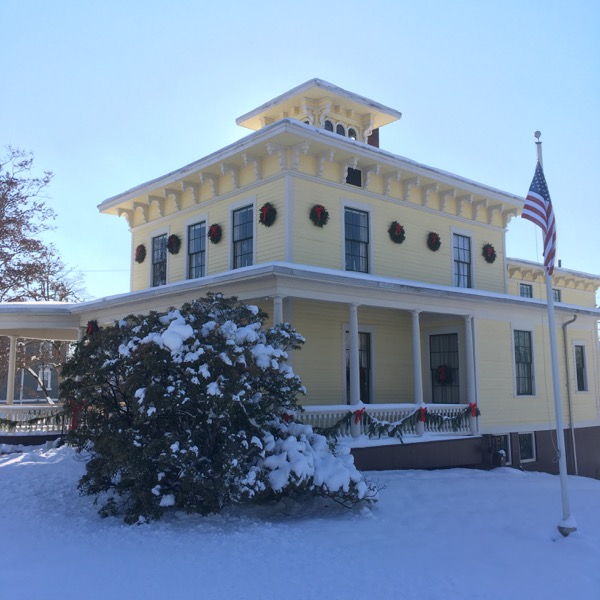 I try to nab a couple each year.

And that’s how Damian and I wound up at the beautiful Stevens-Frisbie House in Cromwell. The town’s Main Street has several beautiful old homes built in a similar Italianate style. It was built in 1853-1854 for John Stevens, who, with his brother Elisha, founded the J & E Stevens Company in town. The company manufactured hardware, toys, and banks and became quite successful. The museum has a display of some of the company’s products, which we’ll get to shortly. After Stevens died, his widow sold it to Russel Frisbie and it stayed in the Frisbie family for a nearly a century before being given to the historical society in 1968. 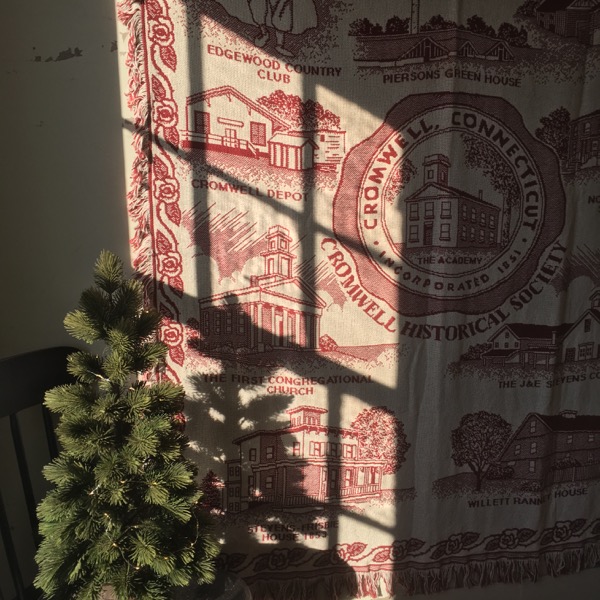 The Frisbies were kind enough to keep all their Victorian furniture in good condition for us to see in the 21st century as well.

Damian and I were greeted at the door by some festive folks in Victorian finery. They were hanging out in the parlour room doing Victorian things. Damian doesn’t like people in costumes, so we quickly scurried through to the Music room which had a comfortable chair for Damian while I poked around the house. 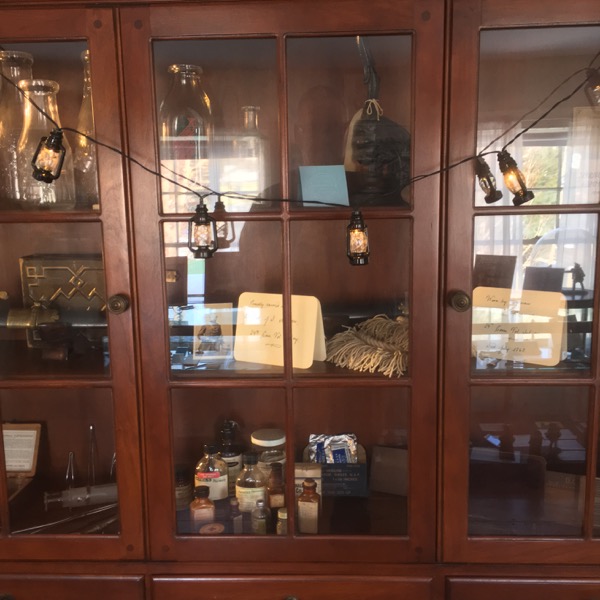 Different organizations “sponsored” different rooms. Like the Music room was handled “by the Central Connecticut Community Women’s Club” and the Sitting Room’s “Starlight Fantasy” was presented by The Friends of the Cromwell Belden Library. In other words, the Christmas Open House at the Stevens-Frisbie House is a community affair. I felt like an interloper from out-of-town because… because I was an interloper from out-of-town. 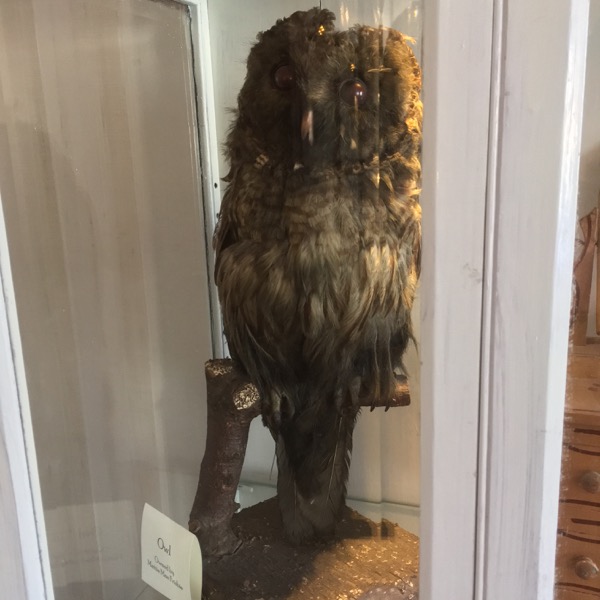 I made my way upstairs first (the Display, Colonial, and Bed rooms) to check out the scene. I would guess the J & E Stevens Company stuff is permantly on display year-round. From the always excellent Connecticut History trove:

When John and Elisha Stevens formed the J & E Stevens Company in Cromwell in 1843, they intended to manufacture cast-iron hardware, hammers, and a few iron toys. The success the brothers found in producing those few iron toys changed their business plan: the J & E Stevens Company eventually became the largest manufacturer of cast-iron toys in the country.

With their 1859 introduction of the first fire cracker pistol, the brothers began focusing almost exclusively on toy production. Their product line included toy cannons, locomotives, and whistling tops. Though the brothers marketed their products primarily to boys, they also made toy stoves, furniture, and miniature cutlery that they marketed to young girls. 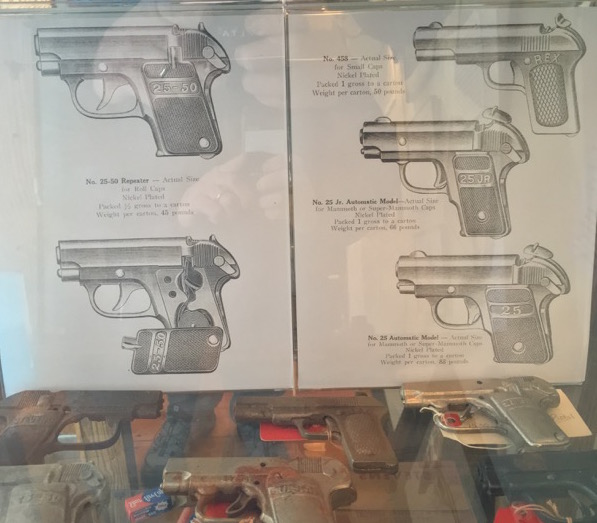 A turning point in the company’s development came in 1869 with the production of their first cast-iron mechanical bank. This bank, featuring a monkey that popped out of building, inspired numerous competitors to produce similar products and helped create a new genre of product that blended art and function in ways that sparked the imagination and ingenuity of designers. In fact, between 1869 and 1890, the J & E Stevens Company produced more than 300 different models of mechanical banks. 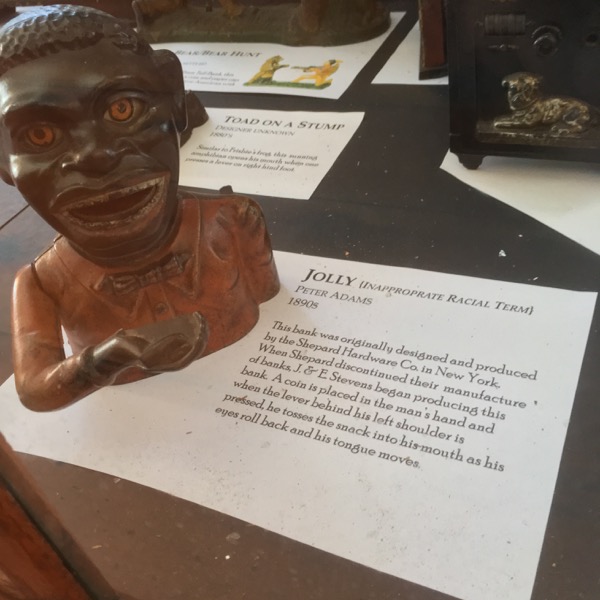 Changing times and changing tastes drove the evolution of the J & E Stevens Company. By 1928, the company began devoting itself exclusively to the production of cap pistols. These toys, along with those of local competitors, found their way to store shelves all over the country by the start of the Second World War. World War II production needs, however, created an iron shortage that abruptly brought an end to the J & E Stevens Company, with Buckley Brothers of New York eventually purchasing the company in 1950. 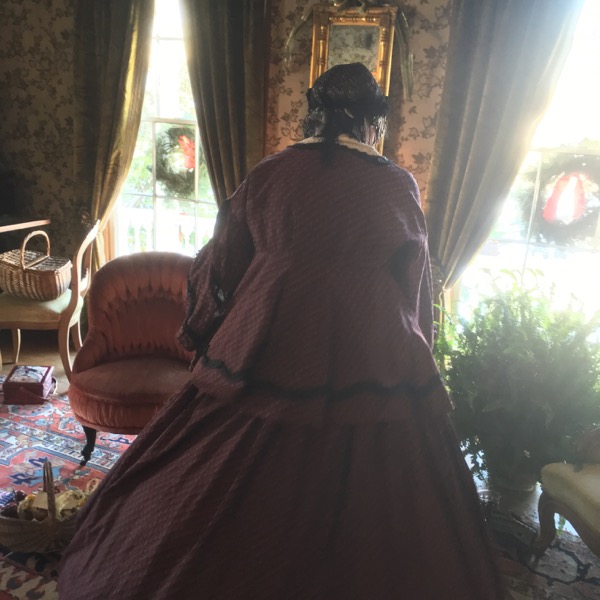 Despite bringing an end to their production, the economic ramifications of World War II brought renewed interest in cast-iron toys. Toy collecting, which became popular in the 1920s, exploded in the post-war era thanks to increases in spendable income. Today, original cast-iron banks and toys from the J & E Stevens Company sell for thousands of dollars. The enduring value of these products is a testament to the quality and ingenuity that helped make Connecticut the nation’s leading toy producer for much of the 19th century.

Ugh, collectible markets. Am I right? 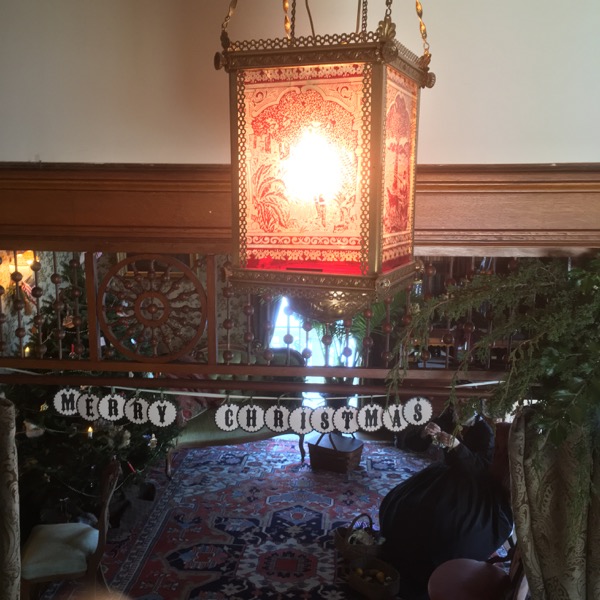 When John Stevens came to Cromwell, Cromwell wasn’t Cromwell. It was “The Upper Houses of Middletown” or just “Upper” or “North” Middletown. The historical society has a great essay on how Cromwell came to be called Cromwell. I had always heard – and have written on this very site – that it was named after the Revolutionary War warship, “The Oliver Cromwell.” I believe this is noted as fact in many places. 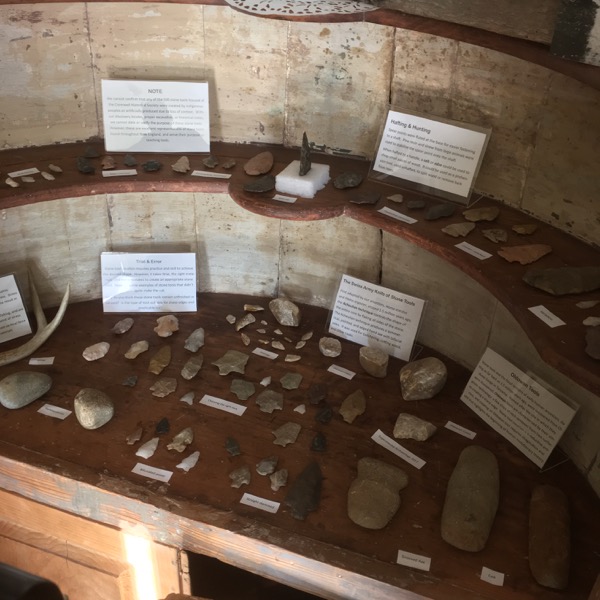 Not so fast! As this essay notes, the story isn’t quite so cut and dry. Yes, Cromwell is indeed named for Oliver Cromwell… but whether it was for the warship, another steamship, or for the man himself seems to be lost to history. (Seriously, the essay is a good read even without the Cromwell/Oliver Cromwell debate. It explains how a “far-flung” town had to fight for decades to secede from mighty Middletown.) 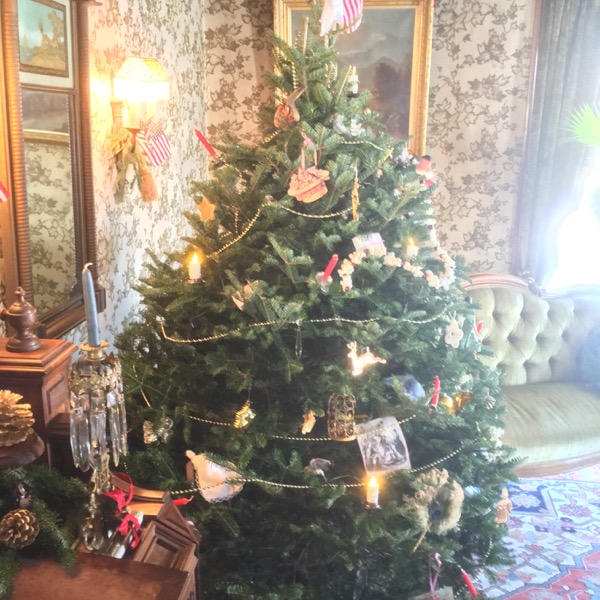 There were some of the usual things on display here. The Native American stone implements, the olde timey bed and furniture, and this: 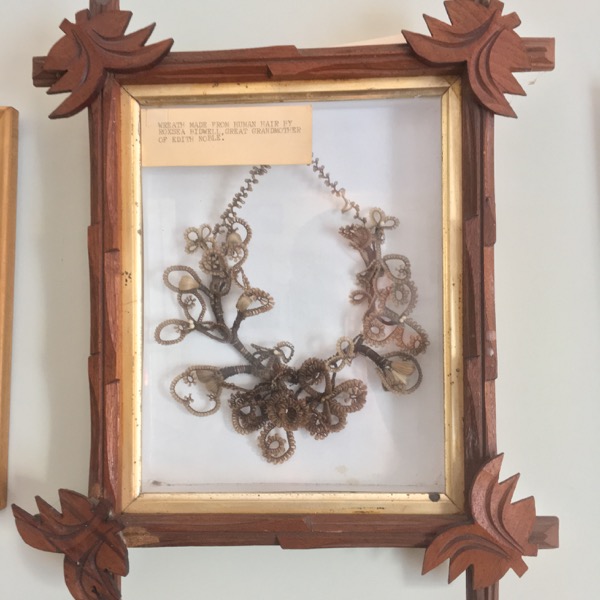 That right there is one of the best examples of weird Victoriana I’ve seen yet. Probably the best hair wreath in Connecticut! (These were quite common back then; it was a way to memorialize the dead. Here’s a lot more about the practice.) 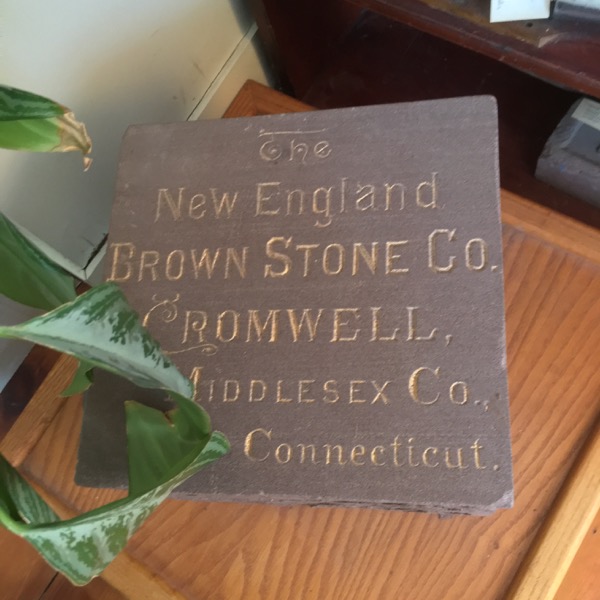 I was impressed with it. There were some guides upstairs who really wanted to chat with me about… I’m not even sure what. There were a bunch of poems out and about and frankly, I had no interest. I pretended to read them while wondering what I was supposed to be learning here. Oh well, the men were very nice and let me go without a fight. 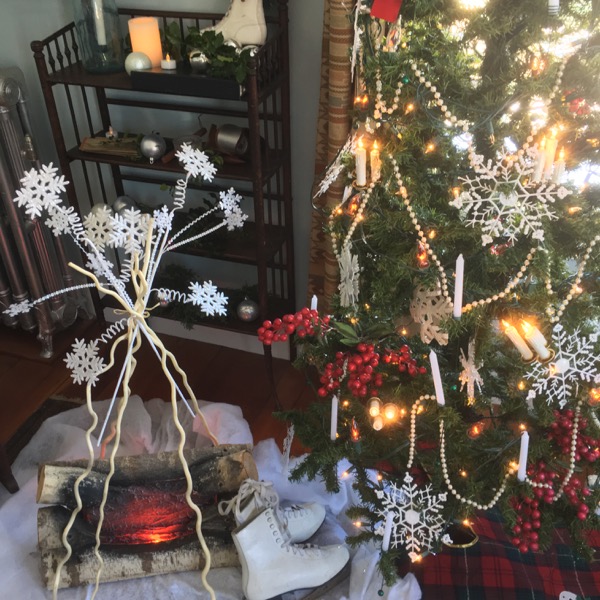 I gathered up Damian and lied to him about the “cool stuff” he’d see if he followed me. The boy has been to enough of these historic house museum Christmastime open houses to know the drill: “Is there cookies and brownies and stuff here?”

Why yes, Damian, yes there is. Just follow me around the house and you shall be rewarded! 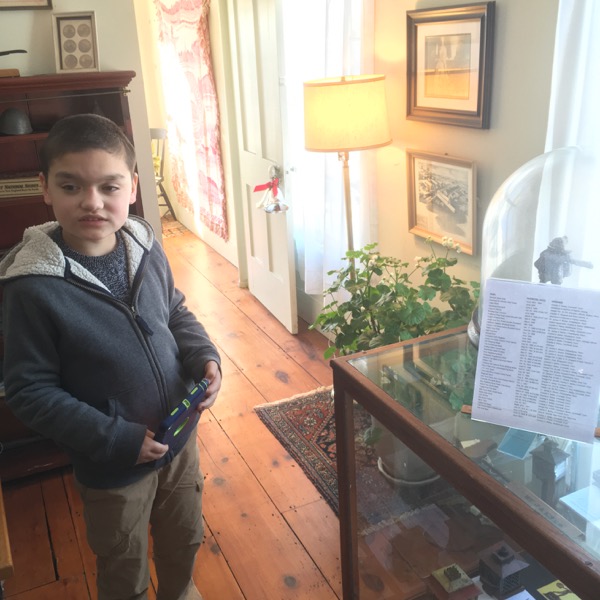 That did the trick and he followed me upstairs and poked around with me again and then back down the back stairs. Old houses have steep stairs. Damian’s disabilities make navigating steep stairs very difficult. I held his free hand while he gripped the railing and it still took about two full minutes to go down one flight of stairs. That’s my boy. 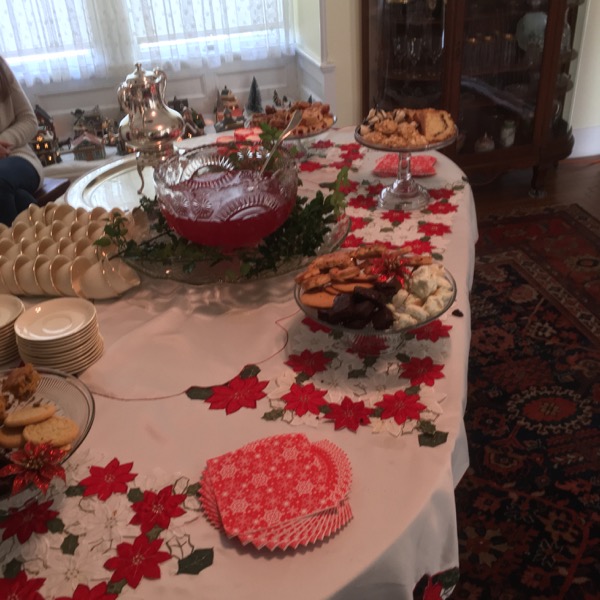 A whole table of treats and refreshments was laid out in the beautifully appointed dining room. Amazingly, Damian only wanted one dessert bar of some sort which kept him occupied long enough for me to check out the final two rooms. 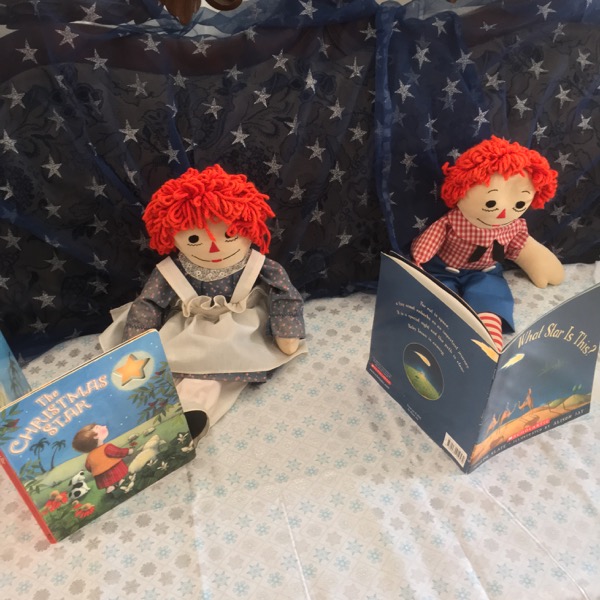 One was the Sitting Room and its Starlight Fantasy theme. I still don’t really know what the deal here was; just anything with a star on it was stuck in here. Old US flags, Raggedy Ann and Andy reading children’s books about stars, Donald Duck with a bowl full of “stars from Mars” … Yeah, I was left confused. 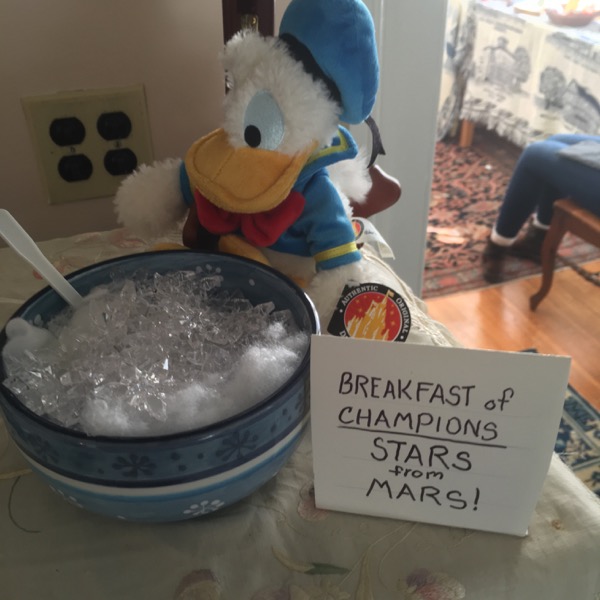 One last pass through the Parlour and we were done. The house is immaculate and certainly one of the most attractive of Connecticut’s 200+ historic house museums. It doesn’t quite overlook the Connecticut River; if it did, this place would be top notch. (Rather, it seemed more intent on overlooking the old factory the inhabitants owned.) 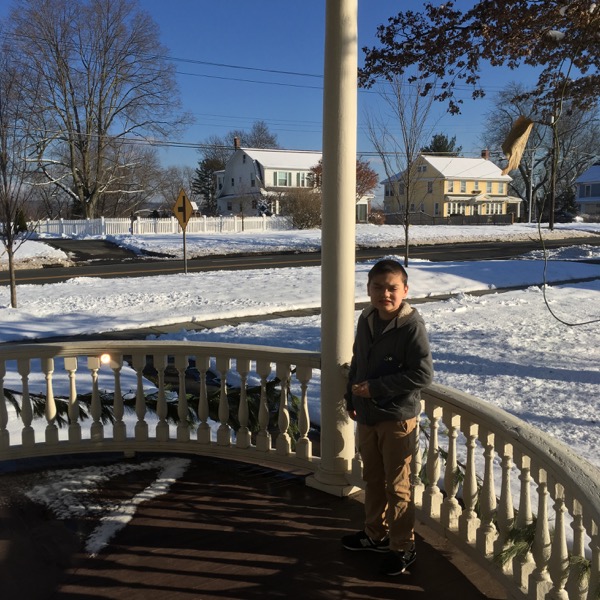 Damian and I have been to many of these places during this time of year, and you can certainly do worse than the Stevens-Frisbie House.