I’ve mentioned a few times on CTMQ that I used to write for the seminal blog TVgasm. It no longer exists and the owners who bought it wiped the Internet clean of its content. Why? I’ll never know. 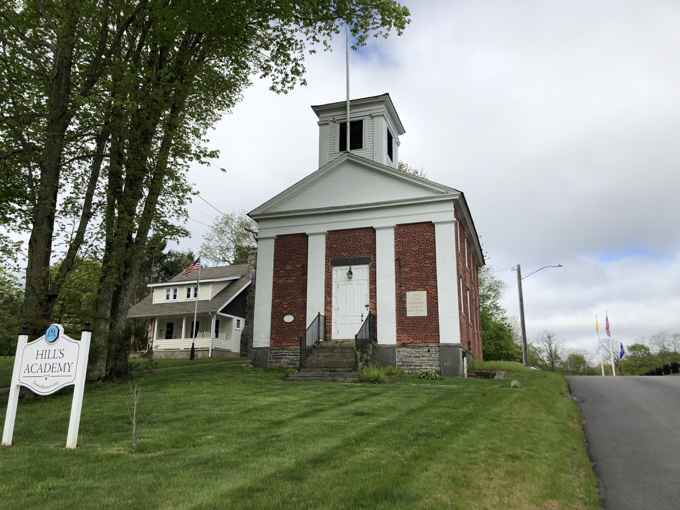 Being a TVgasm writer meant that I watched a lot of “reality TV.” Big Brother, Amazing Race, sure, but also horrible fare like Joe Millionaire and Martha Stewart’s Apprentice. (I also wrote about scripted shows as well, but that’s not germane to where I’m going with this.)

TVgasm was bought out by Bunim-Murray. Bunim-Murray was responsible for tons of MTV shows like “The Real World” and “Road Rules” and all sorts of other stuff. MTV aired “Laguna Beach” and then “The Hills,” two of the first shows to really blur the line of scripting vs. “reality” in an “artful” way. 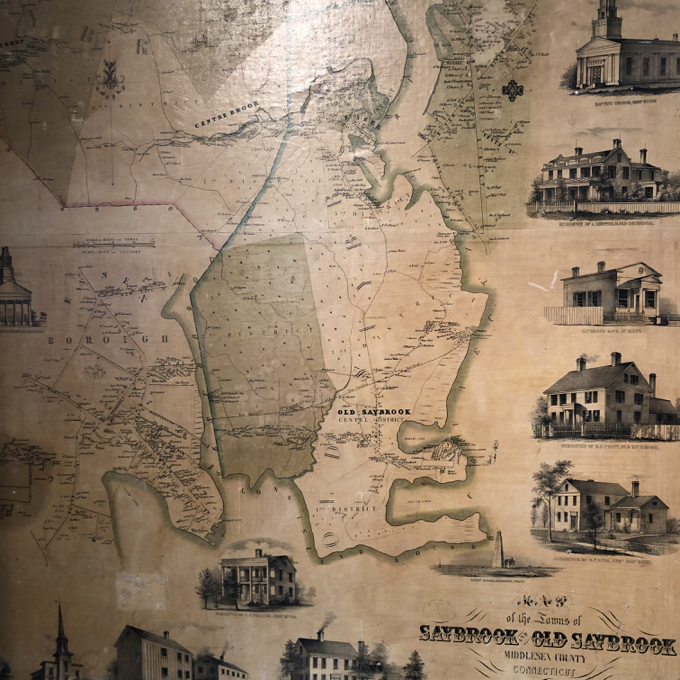 The villain of “The Hills” was of course Spencer Pratt. The heroine was Lauren Conrad. Essex’s Historical Society has two properties. The Pratt House and The Hills Academy.

We visited the Pratt House in 2007, shortly after Bunim-Murray bought TVgasm and proceeded to ruin it and I quit and started some website called ctmuseumquest.com which became CTMQ.org and you’re actually reading a page on it with some nonsensical “The Hills meets Essex historic properties” thing for some reason. 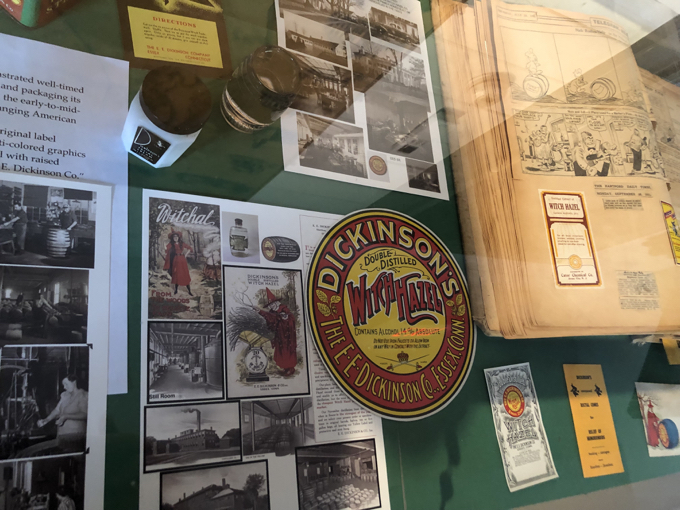 With the Pratt House, what are the chances the other place would be named “The Hills?” I happen to think that’s pretty bonkers. Also bonkers? This isn’t so much a museum as it is a place for Essexians to hang out and talk Essex history. They house a large town history archive on the second floor. As a non-Essexite, I wasn’t too interested in that.

Built in Essex in 1832 as a school for local and later boarding students, Hills Academy is now home to the Essex Historical Society. Purchased in 1955 by the newly formed Society, it served as meeting place, museum, and collection archives. With a matching grant from the Connecticut Historical Commission in 2001, the first floor was restored to its original appearance and continues as meeting and exhibit space.

The collection of artifacts, photographs, and archival records that preserve the history of Essex is housed on the second floor. The collections team and staff work year-round on accessioning, cataloging, and researching the additions to the collection. 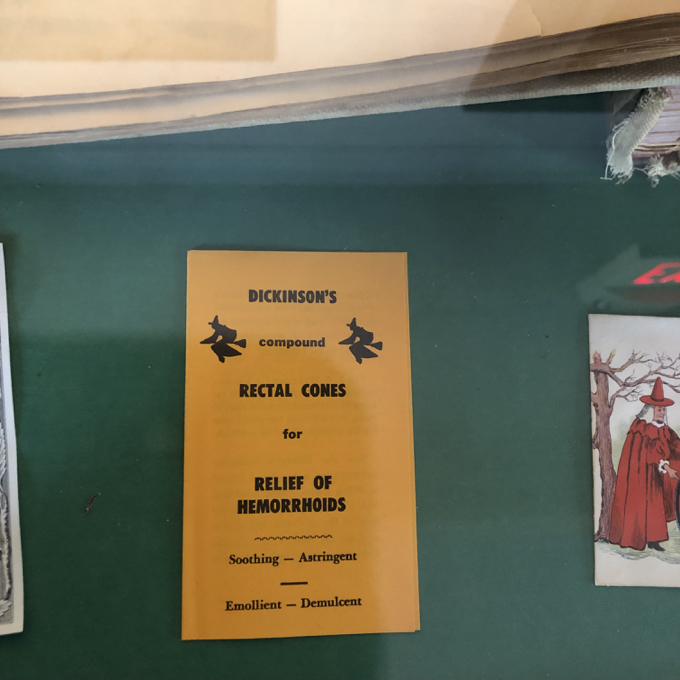 I just said that, thanks. I toured the ground floor and… it was pretty empty. The emptiest character on “The Hills” had to be JustinBobby. Right? Just had to get that in there.

The women who were present during my visit could not have been more accommodating. Or more confused as to why I was even there in the first place. (I’ve gotten really good at playing it off. I’m always “visiting a friend nearby” and “happened to see the sign” and “saw you were open” so “curiosity got the best of me” etc.)

The Hills Academy began as a co-ed school all the way back in the 1834. Some relatively wealthy locals gave the school a bunch of money and got it off the ground. It specialized in the important stuff of the day: navigation, ship-building and things like that. Unfortunately, there wasn’t really anything on display when I visited. 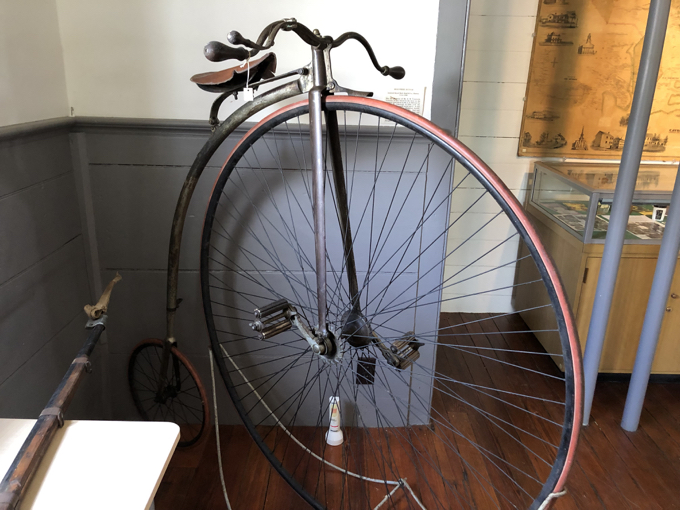 The women profusely apologized for this and I profusely told them it didn’t matter. There was one little display case filled with all things Witch Hazel. E.E. Dickinson’s company began and operated in Essex for a century before being bought out and moving to East Hampton up the road.

The Dickinson’s Company distillery and campus buildings are now part of the Essex Steam Train complex, but in 2016, the town and historical society had the foresight to keep one of the Dickinson Company’s buildings intact and inviting. Here it is: 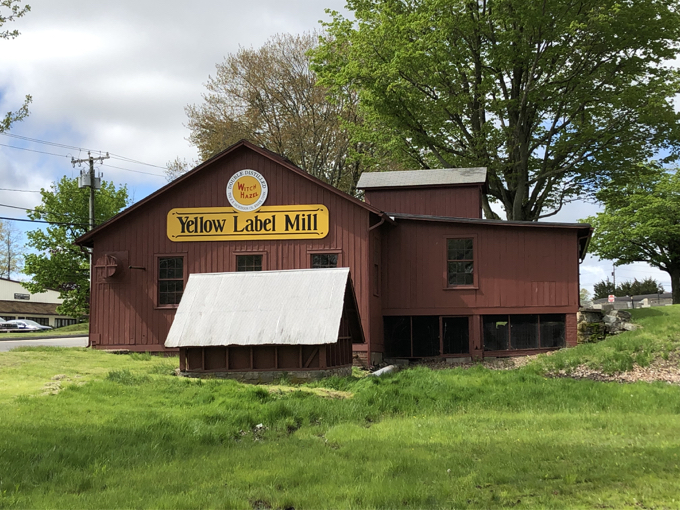 I poked around hoping for something cool, but it appears all the cool stuff was fleeting.

There was an old bike and an old map too.

Okay, look, the Hills Academy falls into the “not really a museum museum” bucket here on CTMQ. Which is fine. It’s sort of a museum, and if the Historical Society wants, they could make it a legit museum by next weekend.

And I’m glad I visited. Don’t be such a Heidi. 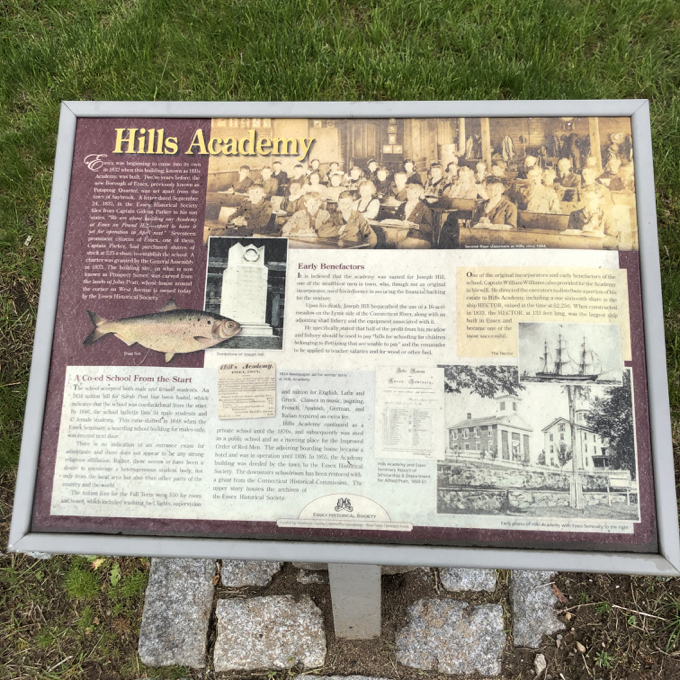