… And this museum is over. Yes, another of the Lester Dequaine triumvirate of wildly random museums – the Rosa Ponselle Museum – is closed along with the National Shaving and Barbershop Museum and the Frank Chiarenza Museum of Glass.

I have seen Mr. Desquaine’s name spelled Dequaine equally. A commenter below yelled at me and wrote “Dequaine” so I’ll go with that. 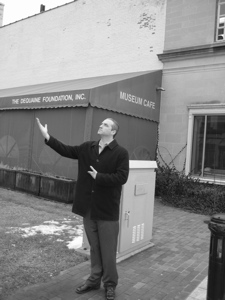 Rosa Ponselle? For shame! She’s Meriden’s most famous daughter! She was born Rose Melba Ponzillo on January 22, 1897, in Meriden, the youngest of three children. Her parents were Italian immigrants. Rosa had an exceptionally mature voice at an early age and, at least in her early years, sang on natural endowment with little, if any, vocal training. She sang in movie houses and cafes in Meriden and at church, and she soon became well-known locally for her exceptionally beautiful voice. 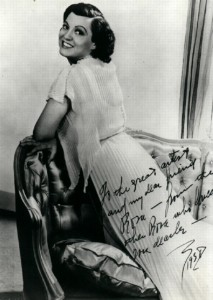 I was going to reprint the whole to-do on Ms. Ponselle, but you can read up on her yourself here. Not that I know anything about opera, but she seems pretty darn famous. Heck, Pavarotti said that Ponselle was, “The Queen of Queens in all of singing.” No wonder Lester Dequaine created a museum in her honor. And no wonder he fought hard for this one (as opposed, apparently, for the other two housed under the same roof).

Seems like the city sort of pushed him out… Some highlights from an old article on Dequaine and the Ponselle Museum:

The future of the Ponselle collection could be at a place like Yale University or the Hartt School in West Hartford, somewhere where music students and faculty could use it as a resource, suggested Dequaine. “All of this is musing, but these are the kinds of things that could happen,” he said… Dequaine says he feels a deep responsibility to Ponselle’s legacy. Since gaining control of the collection, he’s become a more avid opera aficionado and a bigger fan of Ponselle’s. “I feel a tremendous burden, because this woman was a superstar, and I feel a great burden has been dropped on my shoulders,” he said.

Dequaine had purchased the old International Silver Museum at a city auction in 1997 for $300,000.

Hmmm, so this site is actually the site of another defunct museum! 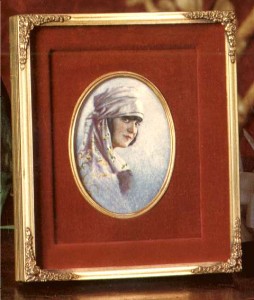 He might have paid less, but there was a competitive bid by a former member of the silver museum’s board of directors. He became a member of the local Ponselle society and offered to house the collection at his building.
…
Dequaine would not sign that contract, she said, but had a contract of his own. Dequaine has a law degree from Fordham University. After working on Wall Street, he was a senior vice president of a chemical company in Westport before he retired. At 77, Dequaine lives alone and has never married. He describes himself as “an individual whose mind is never in neutral.” 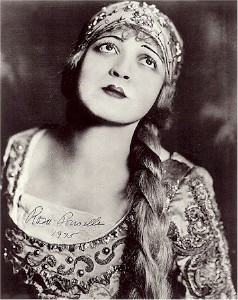 While initial relations between Duke and Dequaine were cordial, they have cooled to the extent of being frozen. Duke plans to meet with the local Ponselle society this week and says she would like to see the collection. But she does not feel comfortable about contacting Dequaine. Dequaine is critical of the way Duke has handled the Ponselle estate. The two are no longer on speaking terms. Duke says she was never invited to Dequaine’s museum, even for events relating to Ponselle, after she’d made the donation. Her upcoming trip will be her first since she brought items for the museum up from Maryland. 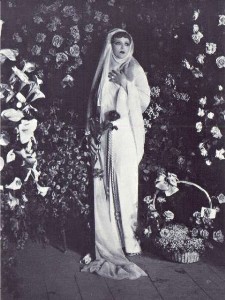 But Dequaine said he received no help during this time and grew tired of shouldering all the work on his own. “Everything that could be done to discourage me was done,” he said. “I never got enough interest or willingness to participate for me to say I’m going to spend the rest of my life and money in Meriden,” he said. When a downtown basketball tournament was held outside his museum, it kept away all visitors except those who were trying to get in to use his toilets, he said. He saw the money the city was investing to rebuild and staff the Curtis center as creating unnecessary competition and a slight to the considerable investment he had made to benefit Meriden. No one came to ask about what was going on at his place, or his plans, he said. “We were just being completely ignored.” Dequaine says he was also kicked out of the Meriden Ponselle society, after he walked out of two meetings in which a board member accused him of trying to steal the Ponselle collection. Now that Dequaine has turned his back on Meriden, there are those who would like to see the Ponselle museum run under different management.

There is also some indication that the city may re-examine the property tax-exempt status of Dequaine’s property.”

Now that’s good stuff. (The info is from a now-disappeared Meriden Record-Journal article). 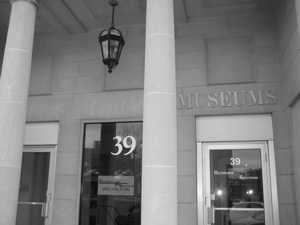