The CFPA’s Nipmuck Trail excites me because I know parts of it are pretty much as remote as one can get in the Nutmeg State. From the two southern trailheads in Mansfield and Windham, the trail becomes one near Mansfield Hollow Dam and travels north along the Fenton River up to Willington, Ashford and ultimately Union. 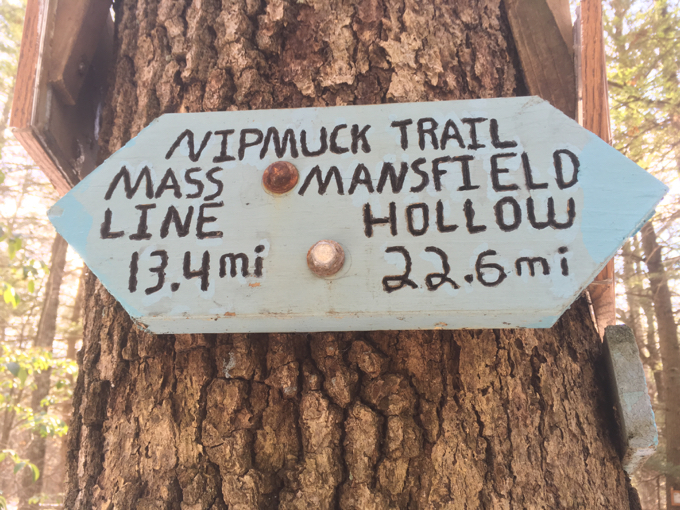 Ashford and Union are two of the state’s least populous towns. The trail also ambles literally right through at least two museum parking lots in Mansfield and passes near several named rocks and caves. Oh yeah, The Nipmucks were an Algonquin tribe that lived in what is now Massachusetts.