You’ll likely find this ridiculous – and you should – but I’ve always had this weirdly romanticized vision of what Scotland, Connecticut is like. This vision is formed, obviously, by its namesake country. It’s not exactly easy to get to for most of the state’s residents, so by its very “out there” nature, it contains mystery. 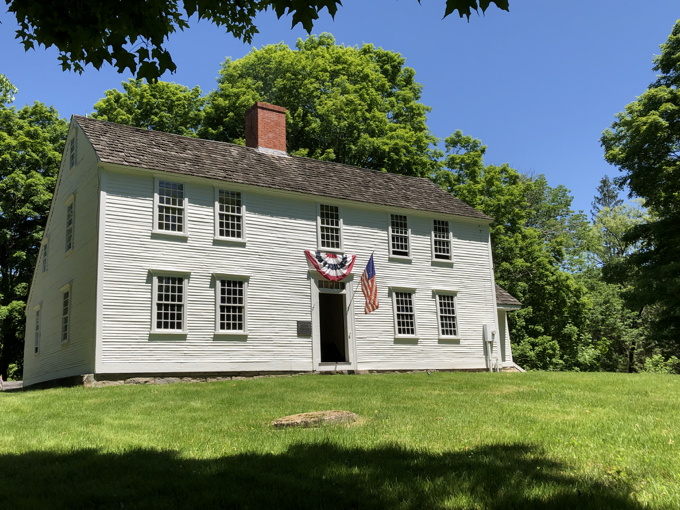 Moors and fens and peat bogs? Not quite. It’s a woodsy and sparsely populated town with very few businesses in Windham County. But just like almost every single town in the state, it has a couple historic house museums. And in Connecticut, “historic” can often mean historic.

Such is the case here, at the Huntington Homestead, a handsome white colonial right on route 14 in Scotland. You may not have ever heard of Samuel Huntington, but he was a signer of the Declaration of Independence and a distinguished statesman during the Revolutionary War and early Republic.

The remarkably well-preserved homestead includes an eighteenth century house on its original foundation surrounded by acres of farmland, bordered by Merrick Brook. It includes old-growth trees, stone walls, an abandoned road, and other interesting features. 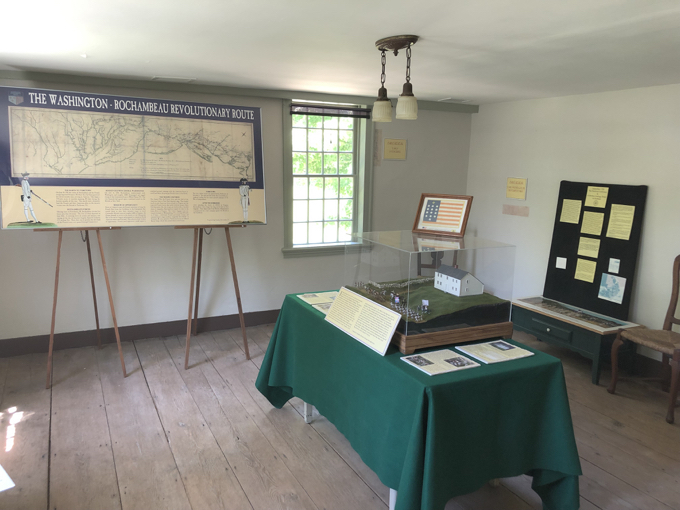 Okay, yeah, it’s an old house with old trees and old stone walls and an old road. I can’t pretend I found the old road all that fascinating, but hey, maybe you will. The weird thing about this place is that it wasn’t “discovered” until 1994.

Honestly, that’s easily the most fascinating aspect of the museum. It’s not that it was “discovered” but it wasn’t known beyond a few locals in the area. A family had owned the property for most of the 20th century and then sold it to the town of Scotland in 1994. It was at that point that a grassroots effort took hold to refurbish the house and grounds and ultimately turn it into the museum it is today – a museum they still refer to as “a best kept secret” in American history. 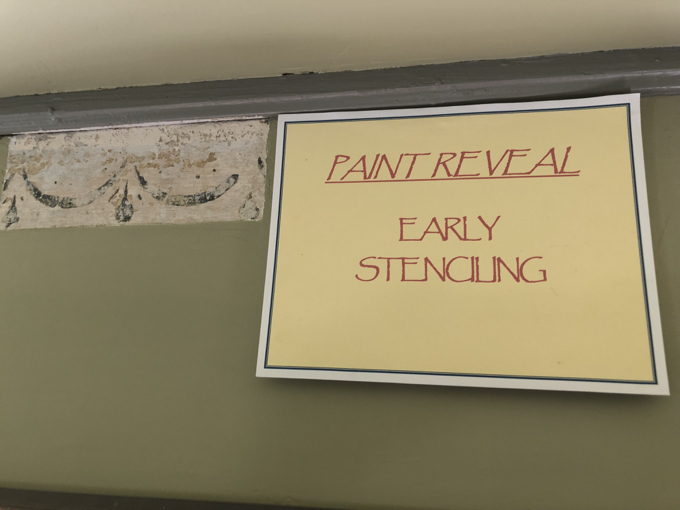 I visited on Connecticut’s annual Open House Day in June. This meant I was greeted and regaled by a small group of costumed docents to enliven my visit. One woman was particularly keen on giving me the full revolutionary experience; once she learned I was from further away than the surrounding towns, and that I was taking pictures, she was all over me.

I appreciated the attention, I guess, but… I was also really hoping other visitors would draw her attention away from me. Although, to be fair, humans are sort of integral here, as the house is fairly empty. This had been an ongoing archaeologic dig site and it’s been a slow process to get the house up to the usual historic house museum standard. 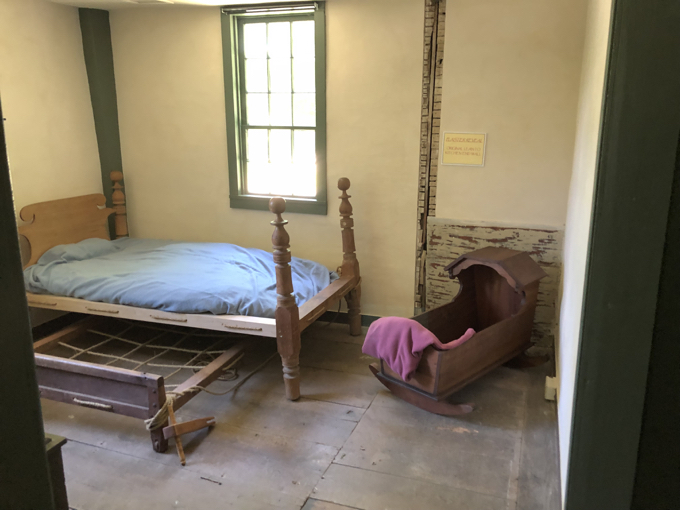 Performed in 1998, the excavations yielded clues about the original structure as well as stone tools, including a projectile point and flakes. This tells us that Native Americans once occupied the site as a hunting camp, and that they shaped or retouched their stone tools while encamped here along Merrick’s Brook.

From a hunting site to a Huntington site. Cool. 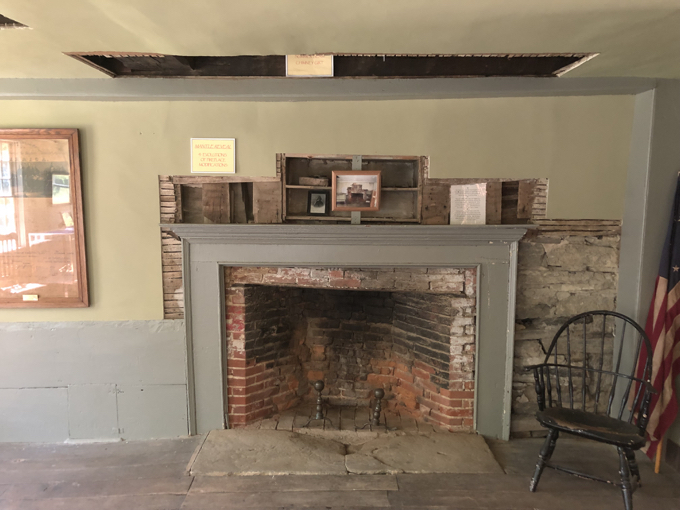 After the dig, work began on the preservation and restoration of the Huntington Homestead. Clues were uncovered as the interior work began. They pretty much removed everything they could that they knew was added to the house in the last two centuries. Wallpaper, plaster, paint, woodwork… and discovered that the fireplace configuration had been changed several times over the years.

Then they set about to rebuild the house. A new roof, a fixed foundation, new windows and a fresh coat of exterior paint among other improvements. The archaeological work continues to this day. I think. At least it looks like it, as most rooms are empty or nearly empty, populated only by small signs that explain what the room was in Huntington’s days.

So who was this Samuel Huntington anyway? Besides what you already know? 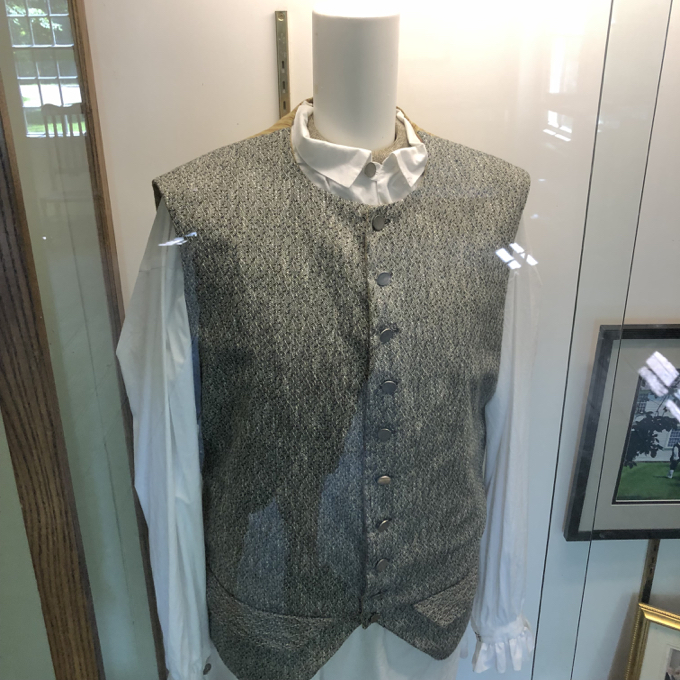 Samuel Huntington was born on July 16, 1731 and I’ll spare you all the details. His family was large and prominent and he basically learned how to be a lawyer on his own. The house we’re talking about today was built for his father in 1723 or so and was enlarged a few times over the centuries. Sam’s brothers went to Yale to become ministers, but he moved to Norwich to be an attorney.

And from there, the world was his oyster. He moved up the political ranks as a Norwich Representative to the Connecticut General Assembly in 1764 to King’s Attorney for Connecticut and Judge and Chief Justice of the Connecticut Superior Court. The next thing he knew, he was appointed a member of Governor Trumbull’s Council of Safety and a delegate to the Continental Congress, where in 1776 he signed the Declaration of Independence. 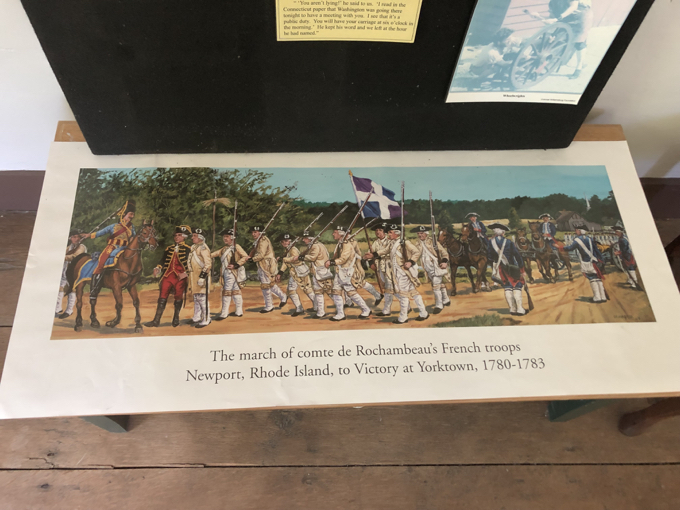 Whoa! Just like that. (There were three others from Connecticut if you were curious. Can you name them? Go ahead. Okay, they were Roger Sherman, William Williams, and Oliver Wolcott.)

This is where things got really fun for Huntington. He repped Connecticut in the Continental Congress until 1784, but served as President from 1779 through 1781. This wasn’t exactly easy times in our not-yet-a-country country, as this was the fiercest period of the War of Independence. Huntington’s quiet and resolute demeanor allowed him to make sure the states were meeting their quotas of men and provisions. Simply put, he got stuff done. 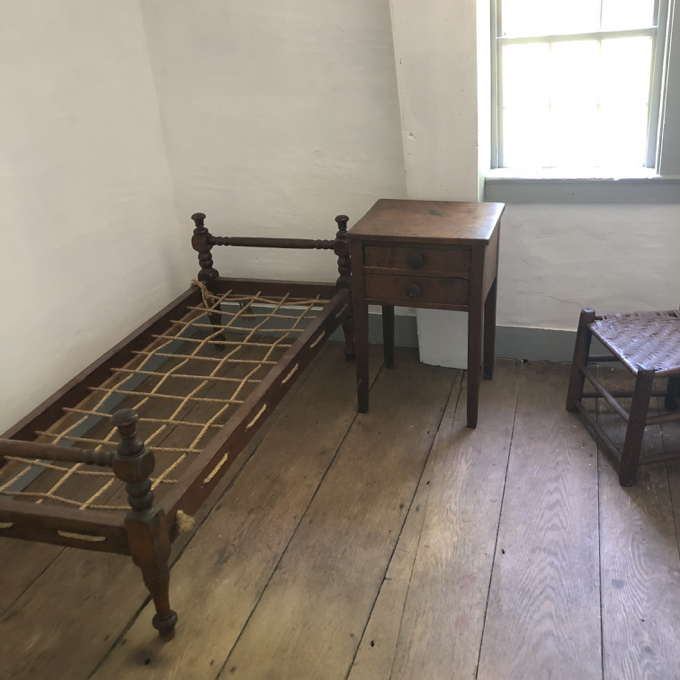 It was during his term as President that the Congress ratified the Articles of Confederation and adopted the name “United States.” We’ll circle back to this in a second, but just to finish up Huntington’s life, he went on to become Connecticut’s second Governor until he died in 1796. He had a town named after him, but now Huntington is just a section of Shelton. 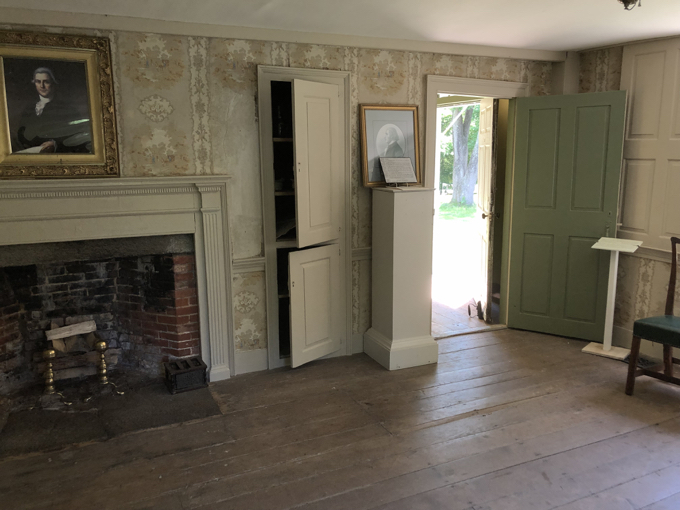 Never mind he wasn’t elected or that the US wasn’t an actual country then. Or that the Articles of Confederation failed and the quasi-country’s government was in shambles. Or that if we were to recognize Huntington, there are actually a bunch of other guys who pre-dated him with the title of President (though not of something called “The United States” I guess.) To me, it’s a cool little artifact of history right here in little ol’ Scotland… but nothing more.

Finishing up my tour, a few of us gathered in the kitchen where “Samuel Huntington” and a couple others dressed for the times were talking about the war and Benedict Arnold’s brilliance-before-the-fall. They were frying up some sort of super old-timey food that I didn’t bother trying. 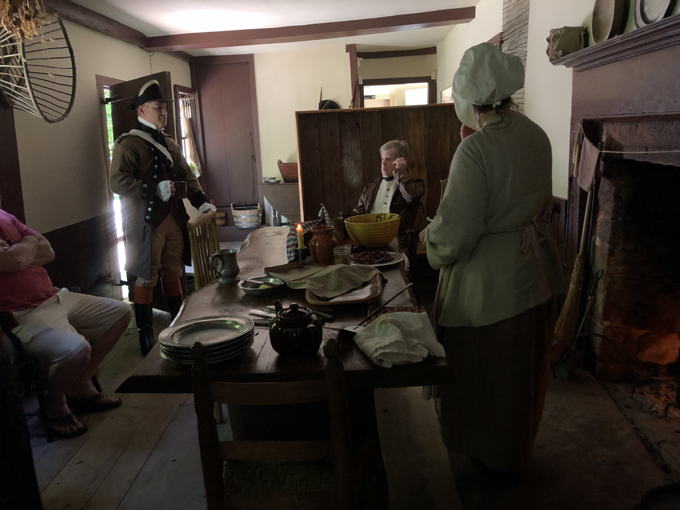 They were really sticking to their roles; expressing confusion at any anachronistic words or references which I rather enjoyed. But I had other places to see and I left. 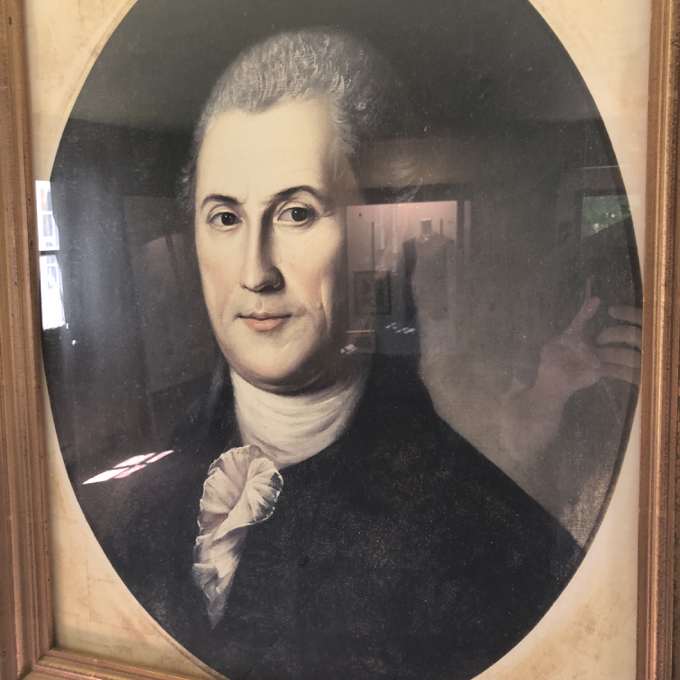