O CAPTAIN! my Captain! our fearful trip is done;

The ship has weather’d every rack, the prize we sought is won;

The port is near, the bells I hear, the people all exulting,

While follow eyes the steady keel, the vessel grim and daring:

O the bleeding drops of red,

Where on the deck my Captain lies, 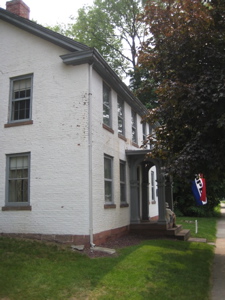 Please appreciate the Whitman excerpt not only for being the only poet I can tolerate, but for the awesome formatting I presented it in. Fearful trip? Weathered every rack? Yes, for I did not drive on highways to get here, I took the oldest ferry in operation in the United States! It runs across the Connecticut River between Rocky Hill and Glastonbury – and I survived. 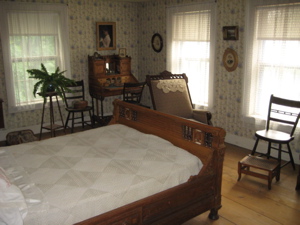 Smack-dab in the middle of a day’s worth of museums and such, I made it a point to visit the Captain John Francis House in Wethersfield. For today was a special day – Connecticut Open House Day! 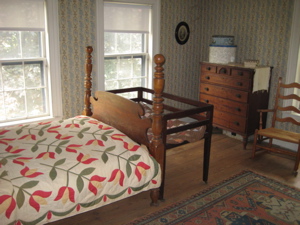 And what that meant for this house museum is that it was open! Yes, sadly, this place is was only open now but once per year. According to the sweet lady explaining the few things we know about Captain Francis – notably, the fact that he wasn’t a Captain of any sort – the shut-down occurred when the property owners, the Wethersfield Historical Society opened up the Hurlbut-Dunham House over on the Main historic drag. 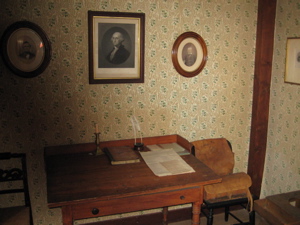 Being off of Wetherfield’s historic Main Street, this house sort of fell by the wayside and isn’t really much of a destination. There may be some other reasons for its ultimate closure too. How do I put this delicately… the fact that, well, it’s really just an old house with a few things in it and not much more? 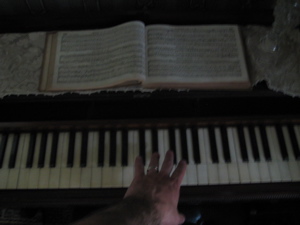 As I write this, it really is true that the most (by far) interesting aspect about the Francis House is that it’s it was only open once a year – and I made it. That’s not to say that Fake-Captain Francis wasn’t a good guy. He most certainly was! A surveyor and master builder, he constructed this house for himself on Hartford Avenue in Wethersfield in 1793. 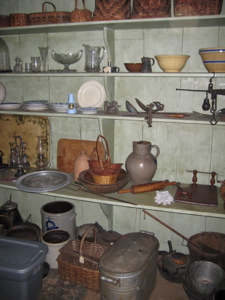 In 1815, he expanded the original 1 1/2-story building with a gambrel roof to two stories with a gable roof. Francis also built a number of other brick houses in town during this period. The front and side porches were added by his granddaughter, Jane Francis, in the nineteenth century. (Thanks Historic Buildings of CT!) 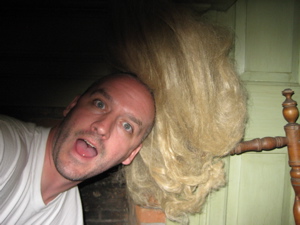 This became sort of a theme on my long day of house museums, for absolutely no other reason then every CT house museum seems to have a wad of virgin wool.

Alas, I have but one more story – and it’s a good one. Fake Captain Francis was a very proud man so when his son died young and in deep debt, Francis kept working into old age in order to pay off the creditors. He simply couldn’t stand to leave it outstanding. I, however, didn’t have much trouble leaving his house. 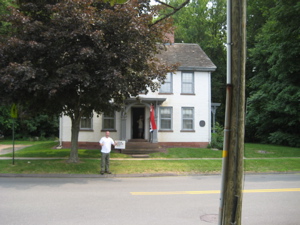