In 2018, The Smith-Harris House became the Brookside Farm Museum, with the tagline “Cultivating the Story: Avery, Smith and Harris, 1845-1955,” in a move to encompass its 110-year history.

The name change is part of a rebranding effort by the groups that run the museum to expand the historic home’s interpretation and tell the story of changes in society, agriculture, industry, and technology through the eyes of the men and women of the three families who lived there over the years.

The name, Brookside Farm, dates back to when the Smith and Harris families ran a farm on the site in the 20th century.

As one who “rebranded” this very website from “CT MuseumQuest” to CTMQ, I understand the challenges when doing so. It’s pretty rare for museums to change names, let alone two times. It seems like they’ve landed on a name they are satisfied with. 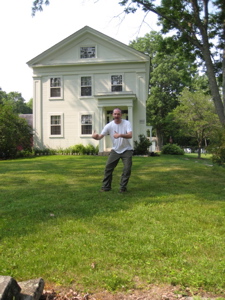 Regardless of the name, my visit was pretty great as far as these things go. Granted, it was Open House Day and they had pulled out all the stops, but if you’ve ever wondered what can be interesting or exciting about the yet another historic house museum in Connecticut, this place will help you out.

I had just come from The Thomas Lee House down the road a piece and was enjoying my afternoon in East Lyme. 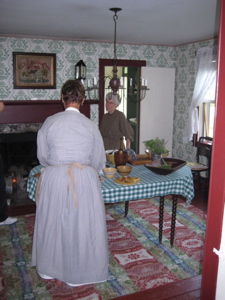 The house was known as the Thomas Avery house for many years. In fact, that is how it is listed on the National Register of Historic Places. But, for some arcane reason, the East Lyme Historical Society decided to change the name to reflect different (later) owners from a different (later) time period. The house as presented reflects their lives a bit more. 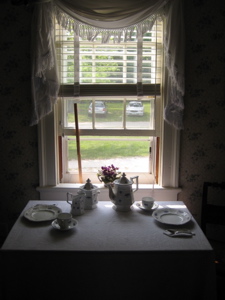 The house is a Greek Revival, which was popular throughout New England and the midwest in the early to mid 1800’s. It was built on land, which Thomas Avery’s father Abraham, and grandfather Jonathan, owned and most likely had a dwelling on. There are indications that this house incorporates an older house, or parts thereof. This is evident in the back kitchen. It was probably built specifically for Thomas Avery. 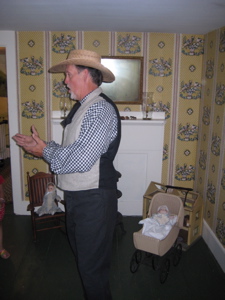 Avery and his wife had 3 kids, 1 died, then his wife died. Stay with me here. His sister came to live with the family for a while, and the one son who stayed in town, William, assumed the house when he got married. He had 3 kids too, and 1 of them also died young. And… then William died at 30, at which time his widow sold the house to a William H.H. Smith. 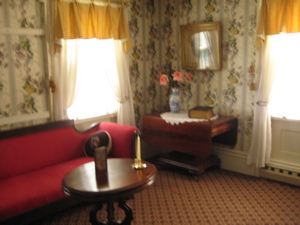 I almost never go through this house genealogy thing for reasons you now appreciate. But I’m doing it here because now it gets fun! William H.H. Smith used the house as a summer home, and eventually sold it to his brother and nephew, Herman Smith and Frank Harris in 1921. While the house is on the National Register of Historical Places as the Thomas Avery House, it received its common name from these two men. They married sisters, Lula and Florence Munger. Sisters! Fancy that!

East Lyme bought the home and 103 acres from Smith & Harris for $34,000 in 1955, giving the previous owners lifetime rights. Smith & Harris had run a productive farm on the property for many years, and were popular townspeople. 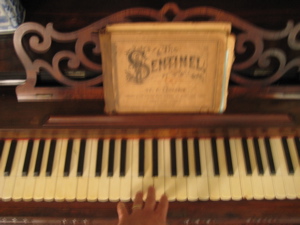 Once the men died, the sisters-in-law-sisters lived in the house for another 16 years until infirmities made it necessary for them to be moved to a nursing home. Keep in mind that the house had no electricity and these tough two old broads stuck it out. The Harris’s lived upstairs in marriage and the Smiths downstairs; after the husbands died, the two sisters kept that tradition alive as well. 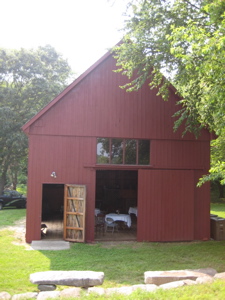 But once the women were gone, the house was boarded up and had become the target for vandalism. The Town was considering demolishing it when a group of citizens urged that it be saved and restored. A restoration committee was appointed in 1974 with a target date of 1976 for its completion. On July 3, 1976 East Lyme’s Town Museum, The Smith-Harris House was dedicated.

In 1976, only the first floor was open to the public. Over the years, the Commission has forged ahead and opened the entire house, room by room. 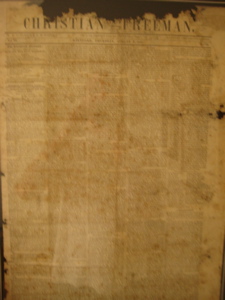 This paper is dated August 7, 1845 and was found in the parlor walls during restoration work in the 1970’s.

I was fortunate enough to visit this place on Connecticut’s Museum Open House Day, which meant one thing: Festivities! Two women were busy cooking old-school style in the kitchen. They had some ribs which they kept begging me to eat and I kept politely declining. Finally, after about 10 beggings, I said, “I’m sure they’re delicious, but I don’t eat ribs.” The older woman asked me if it was a religious thing, which left me wondering if that was a 19th-century character question or a 2008 question. 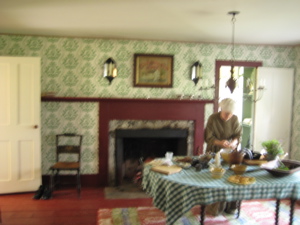 “Are you some kinda Muslim or something?”

My tour was given by the best guide I’ve had to date. Unfortunately I don’t have his name, but he’s obviously Mr. East Lyme History Man. His wife was one of the women in the (boiling hot) kitchen slaving away over the ribs I didn’t eat. He was cool and funny and informational without being boring.

A member of my tour (yes, there were others with me – indeed a rarity) kept peppering the guide with boring questions about architecture that no one else cared about. The questions were of the “Hey, listen to me ramble on for no reason” variety, but they were fielded with aplomb. 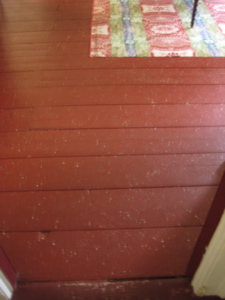 Supposedly they purposely paint-spattered floors for effect back in the day.

I learned cool stuff like how they purposely paint-spackled the floor in the kitchens to mask food stains. And that THE Rufus Porter painted the walls here. You don’t know THE Rufus Porter? For shame… Porter was an American painter, inventor, and founder of Scientific American magazine. His mural wall paintings adorn many historic houses around New England and he even has a museum dedicated to him up in Maine. 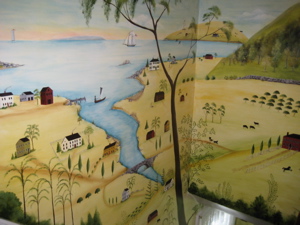 Okay, so I just read some more on the Smith-Harris website. This wallpaper is actually fake; as Porter commanded mucho bucks in his day. It is “representative” of his work, and shows scenes of East Lyme. It was a good story though, right? 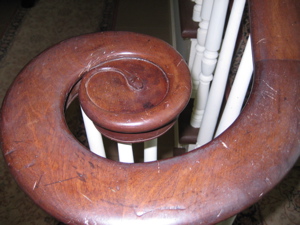 I also learned, via a story about an archeological dig that took place here, that one of the house inhabitants wore spectacles with rose-hued lenses. Back in the day, quack doctors thought certain colors would aid in curing certain ill humors. Rose-colored glasses were for insanity; hence the phrase, “seeing the world through rose-colored glasses.”

I cornered my guide for a few minutes upstairs and asked him about the Thomas Avery vs. Smith-Harris debate. The house had two major incarnations – a rich guy’s 1850’s pad (Avery) and the farmers’ more day-to-day stylings (Smith-Harris). To me, the house was a good mix of both, but the town (or someone) decided to go with the farmer’s names. (This isn’t an uncommon “issue” in historic house museum world.) 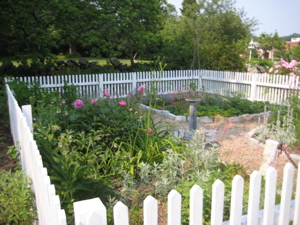 I returned down stairs and was offered ribs again. In an effort to appease the kind ladies, I grabbed a “cookie” and ate it. The woman said, as I walked off, “That’s not a cookieeeee!” I ignored her and now you can enjoy how it all played out: 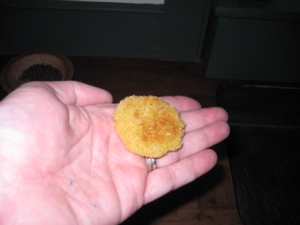 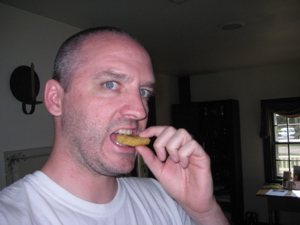 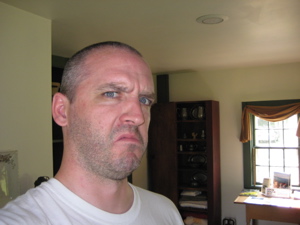 Nope, that was a hoe cake. And it wasn’t good. I exited the house and walked the grounds for a while, including the large barn. There were some scattered old implements hanging about, but more importantly some iced tea and real cookies for me to enjoy.

A great way to end what was a full day of exploring this region of Connecticut on another fun Open House Day. Thanks to all the museums in East Lyme! 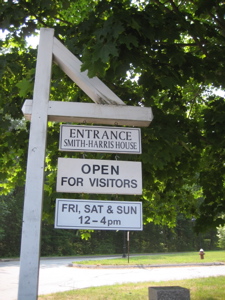