Update: I likely wouldn’t include this place in my list of museums now, but I did in 2008, so here we are. 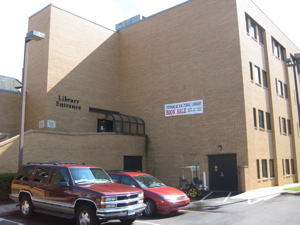 Being married to a woman who grew up in New Britain from the tender age of two until I married her 29 years later, I hold an oddly special place in my heart for this somewhat struggling post-industrial town. It’s not just that my very first museum is here (The New Britain Industrial Museum) or that my in-laws are still keepin’ it “Hard-Hittin’ New Bri’in” real… it’s that New Britainites are seriously proud of their town, and that’s charming. Well, a lot of them are anyway.

Constantly under barrage from the negatives that blight the town in 2008 (scant jobs, heroin, crime, general disrepair), there are some real gems amongst the detritus. The New Britain Museum of American Art is, quite simply, great. The Frederick Law Olmsted designed Walnut Hill Park is beautiful and there are a few other museums in town, including the, shall I say, interesting Youth Museum that shares the Library’s parking lot. Not to mention the culturally interesting Broad Street, where English is a fifth language to Polish, Serbian, Croatian, and Spanish. 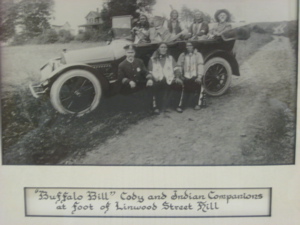 This is a picture of Buffalo Bill with some Native Americans… at the foot of Linwood Street’s hill, exact spot of the former apartment of my wife!

I’ve been looking to hit as many weekday-only museums as I can during lunch. Of course they must be small and fairly near my office. The Local History Room tucked away on the second floor of the New Britain Public Library certainly fits the bill. It calls itself a room – and it’s definitely just a room. A small room at that. 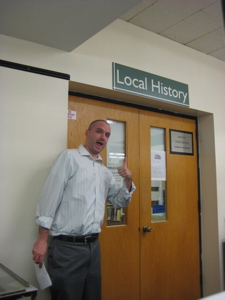 There are special collections, including High School Yearbooks – argh! I wish I knew that going in. I hear there was a flutist in the 1987-1991 marching band who was just awesome. And check out the impressive local newspaper collection:

I was sort of bummed to think I could plow through this place in mere minutes. I love old papers but there is something there far more interesting to me here – old maps! Maps dating back to the Civil War. Even though I’m not a native, I found myself poring over the old maps; “watching” the town change from agrarian to industrial to the urban/suburban place it is today. All the maps and papers are very well preserved and easily viewable. 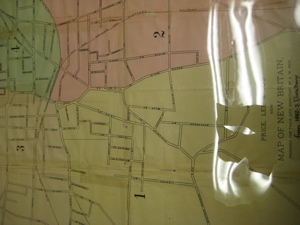 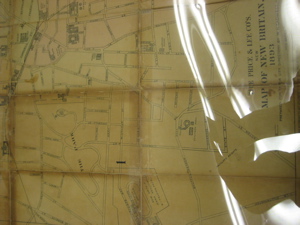 What else was there? A bunch of “stuff.” A lot of it looked to be on loan from the Industrial Museum; an old stove, some old toasters, an old coffee pot… But there was also a pretty cool collection of old Stanley catalogs and a rather in-depth history of Fafnir Bearings. No, seriously – this is sort of interesting. 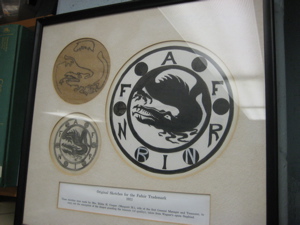 But I guess the most interesting part was the fact that here I was, quietly walking around looking at stuff, taking pictures, of things, and all the while some library employee dude was sitting in the middle of the room staring at a spreadsheet. He seemed surprised when I walked in, and to his credit he did ask me why I was there, but other than that… nothing. Don’t get me wrong, I appreciated it and I’m sure if I had questions he’d have been most helpful. But still… the dynamic was pretty weird, in such a tiny little room.

Two more random things… Stanley Works sent each employee serving in WWII a nice little Swiss Army type pocket knife and one was on display here. And I can’t ignore the history of the Tomasso family in New Britain, from the Tomasso website:

In 1923 in New Britain with one piece of equipment – a steam shovel – he founded Angelo Tomasso, Inc. That same year he landed his first big job – excavating foundations for the Fafnir Bearing Company… He built the first section of the New York Taconic Parkway and in 1941, Angelo Tomasso was responsible for the original construction of Brainard Airport in Hartford. In 1950 they set a record by transporting 797 tons of blacktop 25 miles in one day to the Bradley Field Airport. In 1968 they received wide acclaim by laying a mile of concrete each day on over three miles of Interstate 84 in Plainville, New Britain and Farmington, Connecticut.

In 1972 a joint venture led by Angelo Tomasso, Jr. set a world record by laying in place 18,300 tons of bitumen in 18 hours at Bradley Airport. Inspired by the contract provisions that the team could close the airfield for only 36 hours while paving a critical intersection, the major 6-24 runway was repaved in record-breaking time. The joint venture had 171 pieces of equipment in use during one day. The airport reopened on schedule, and the team won praise from the State Department of Public Works and the Department of Transportation. 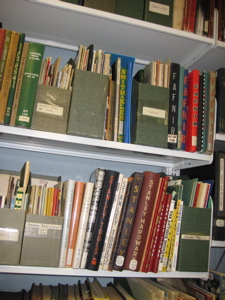 The construction accomplishments of Angelo Tomasso, Inc. became legendary. The company acquired additional quarrying and mixed concrete capacity and became famous for highway construction including Routes 91 and 84, and Routes 9 and 2. The company managed redevelopment and site projects including corporate headquarters such as Emhart, Stanley Works, Aetna and Bristol Myers.

Annnnnnd then in 2006 the family was busted in connection to corrupt Governor Rowland’s various scandals and one of them went to jail. They forgot to add that part to the story… but that’s what CTMQ is for: The whole story. 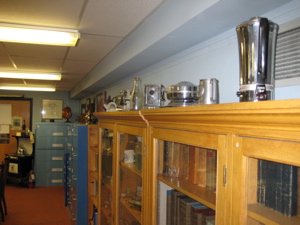