Fresh off my recently settled upon definition of museums, I’m now tasked with writing up this place. As it is a permanent gallery that only displays rather than sells, it is therefore a museum. (And really, you’d be hard pressed to argue.) It’s just that at the time of visiting, I viewed it more as the “weird contemporary cousin of the Davison Art Center across the quad. 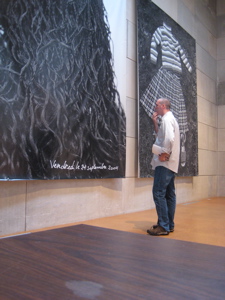 Wesleyan (and Yale for that matter) has an eclectic mix of architecture around campus. Here, in the artsy part, the buildings are all post-modern concrete blocks; designed and built in the 1960’s to reflect, I don’t know, Belarus or something. But there is an attractive quality in the stark angles and hidden passageways.

I remember visiting Wesleyan way back in 1991 and learning that there was a spot at which one could whisper and someone else could hear the words across the open space – this due to the slick crafting of the “soundspace.” I knew it was somewhere in this jumble of boxy gray buildings, so I asked the student volunteer back at the DAC. 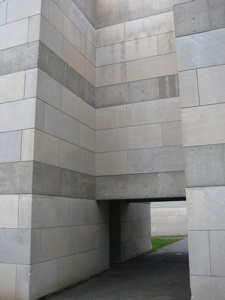 She knew exactly what I was asking for and pointed the way. It was only maybe 150 yards away, but the way this place is built… “Go over there and then up those steps and then down the ones you’ll see on your right even though it looks totally like not the right way and…” It was ridiculous.

But I found the secret spot and… It’s totally lame. The whisperer and whiperee are only maybe 15 feet away from each other. Hey Wesleyan, I’ve been to the Mormon Tabernacle and you sir, and no impressive acoustic miracle. But I do think the buildings look a lot cooler now than I did 17 years ago. Dang, has it been that long since I went to college? (My girlfriend at the time went to Wesleyan.) Oof. 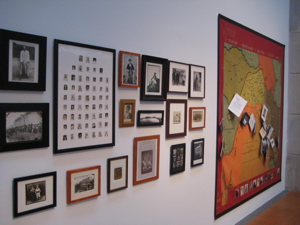 The Ezra and Cecile Zilkha Gallery is a central component of Wesleyan University’s Center for the Arts, a complex of iconic modern buildings designed by Kevin Roche John Dinkeloo Associates in the 1960s and opened in 1973. The university commissioned Belmont Freeman Architects to design a renovation of the gallery that would upgrade all building systems and make the space more compatible to the display of contemporary art – yet preserve the original architecture’s monumental character. 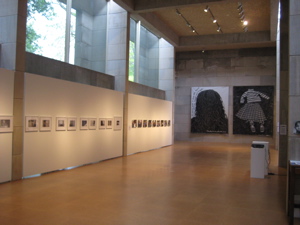 So what was presented for my enjoyment on this fine Fall day? An exhibit titled, “Framing and Being Framed; The Uses of Documentary Photography.” You ready for this? Okay…

This (was) an examination of how contemporary visual artists and photographers comment on traditional assumptions about documentary photography in their work.

In order to encourage viewers to grapple with issues of context, subjectivity and interpretation, the artists in the exhibition employ devices such as bracketing photographs with language, animation, self-representation, participation, collaboration, reenactment of past events through evocation, and rehearsal of events. 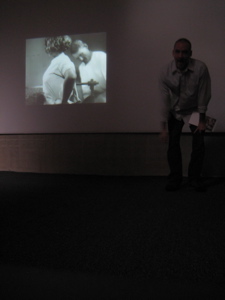 There were several “works” by a bunch of artists you’ve never heard of. Trust me. Plus, since they are all struggling artists they’ll be Googling themselves and I don’t want them to read what I have to say.

Which is pretty much nothing. This was another typical contemporary art exhibit with some thought provoking stuff as well as some head scratchers. There was a cartoonified version of the OJ Simpson trial, using the real audio. Okay, but Robert Smigel does that and it’s a zillion times funnier. But oh – there’s this, regarding the OJ Trial DVD loop:

“A cross between Andy Warhol and South Park, Ezawa’s work draws upon recognizable imagery and events from popular culture as a means of exploring the impact of mass media on the construction collective memory.” This explanation rambles on over two more paragraphs. 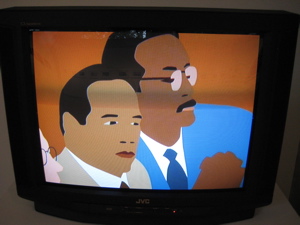 There were a lot of gripping photos of war orphaned kids. Refugee camps. Israel-Palestinian mortar holes. Stuff like that. I’m cool with these types of things; as they tell a story, take some talent and show innovation to some degree. What I can never get behind are the “electronic” displays with weird movie loops or DVDs or any sort of thing like that. To me, they display a sort of lazy hubris. This museum had several. 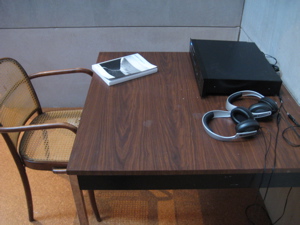 One such “work” is “Man With a Movie Camera” by – I don’t know. But there’s a website which explains,

“Man With a Movie Camera: The Global Remake is a participatory video shot by people around the world who are invited to record images interpreting the original script of Vertov’s Man With A Movie Camera and upload them to this site. Software developed specifically for this project archives, sequences and streams the submissions as a film. Anyone can upload footage. When the work streams your contribution becomes part of a worldwide montage, in Vertov’s terms the “decoding of life as it is”.

Of course this place has changing exhibits and you’ll never see the likes of this one again – which, by the way, makes this a pretty venerable and worthwhile museum.

Before leaving, I noticed that the iMac had an Internet connection, so I changed it to a real work of art: 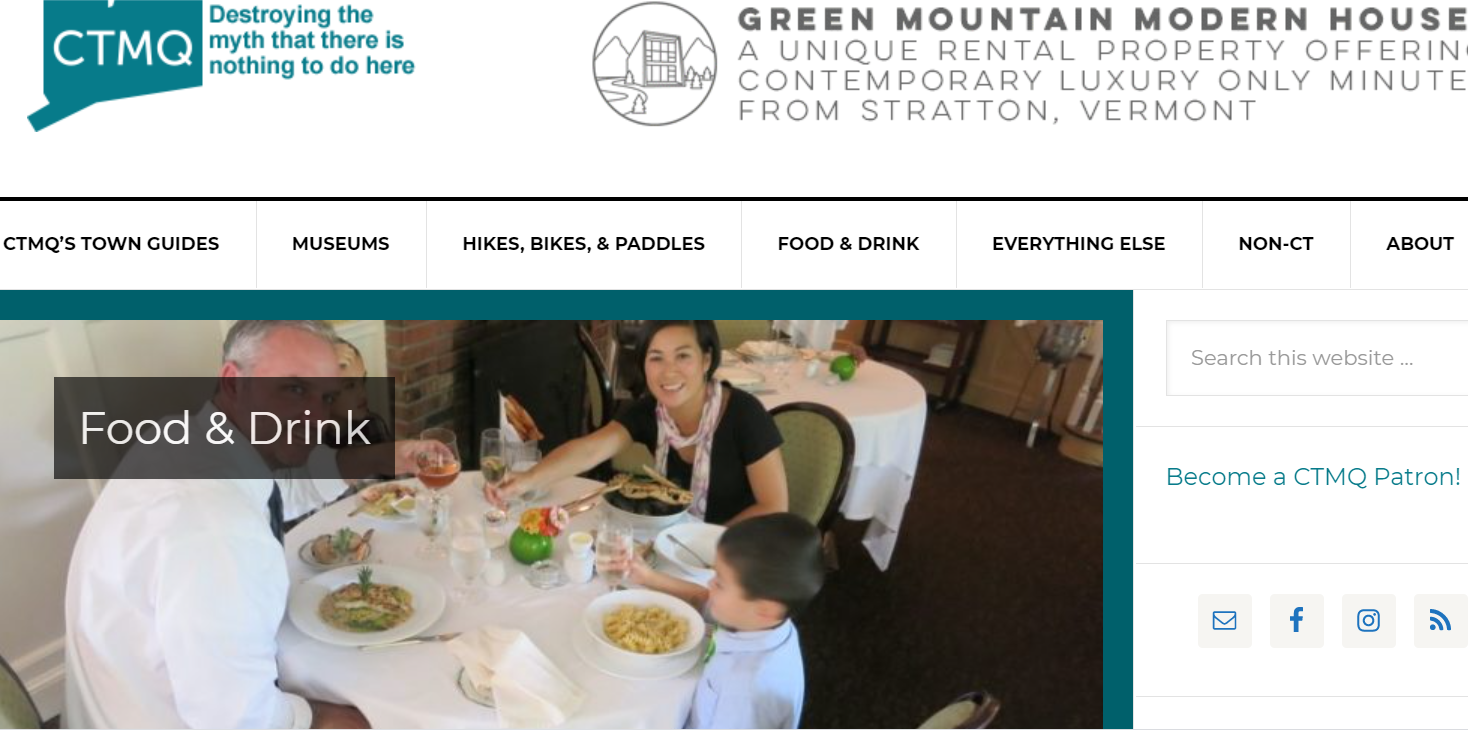 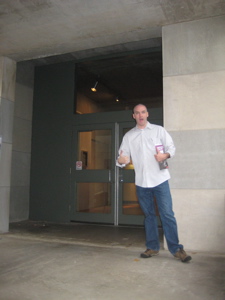