So there I was, driving down Dundee Road on my way to meet a friend. A friend I used to live with in his current house in Cheshire way back in 2000. I had just spent about 18 months in the metaphorical wilderness, including a period of homelessness. I was a bum; relying on the kindness of friends and the comfort of their couches. I was a bit of a mess. 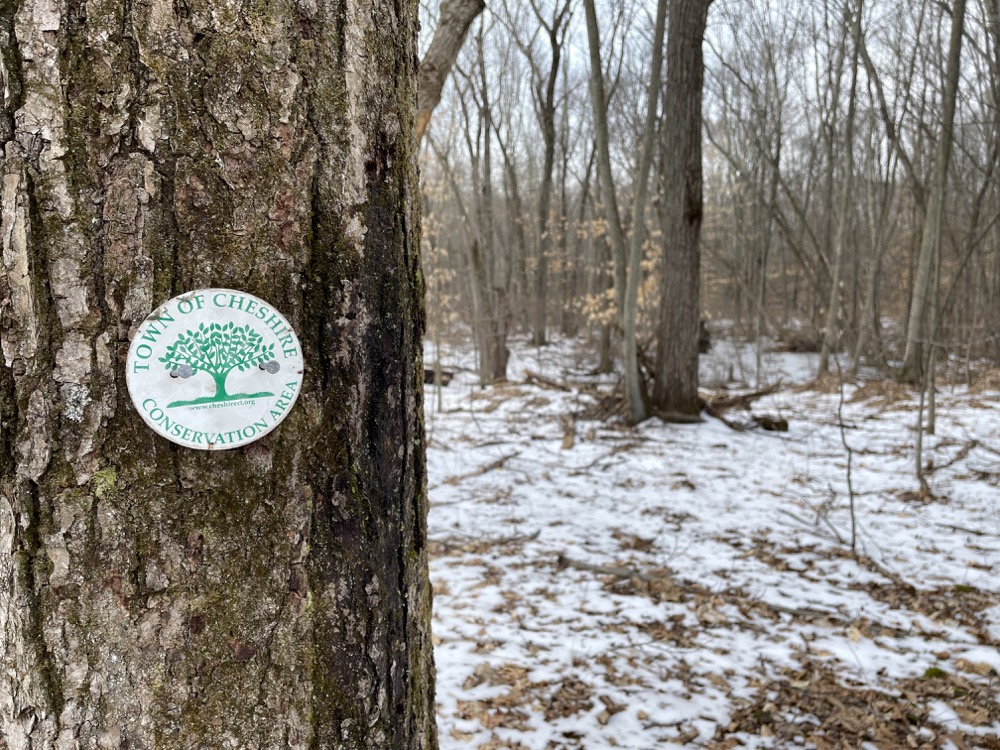 But the dawning of the new millennium was more than just symbolic for me. My friend graciously opened his house to me and let me squat in a spare bedroom for what turned out to be a transformative ten months. I moved in on New Years Eve day of 1999. I had recently joined the corporate world and a month later, I went on my first date with the woman who would become my wife three years later. I was provided with the stability and friendship to get my life in order. I will forever love him for that.

And now my friend needed my help, but that’s his story, not mine. 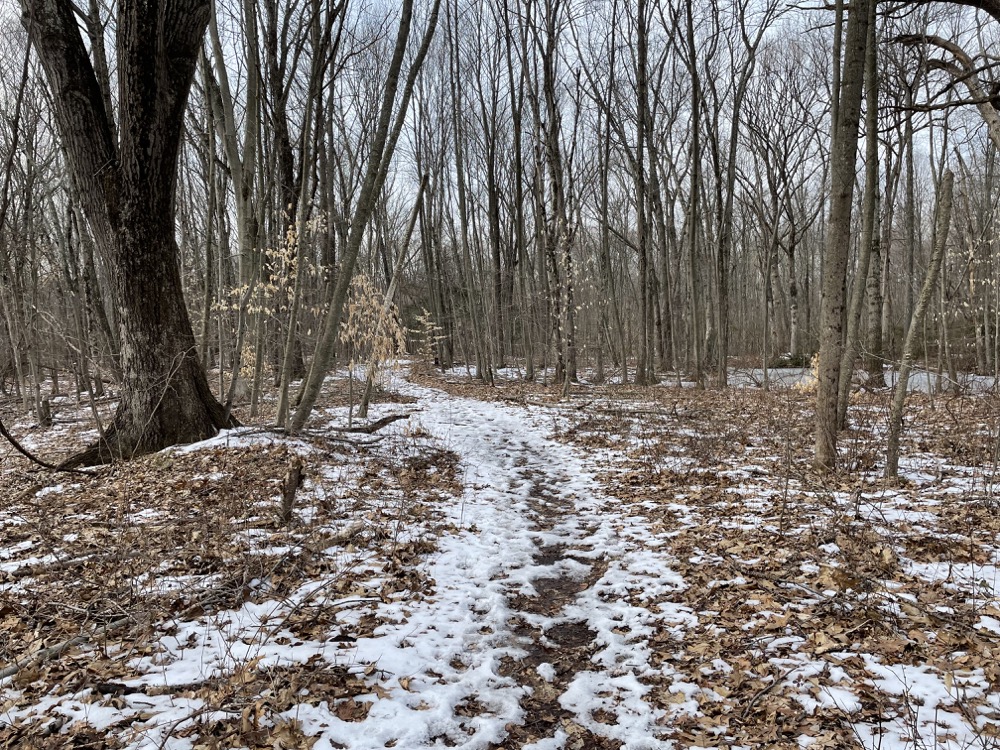 As I drove to meet him, I passed a trailhead kiosk. That wasn’t there 22 years ago! How exciting. I filed it away and proceeded to spend several hours with my friend. Afterwards, I had some time and some daylight, so off I went, down the out-and-back Ten Mile Lowlands Trail.

This Ten Mile River begins in Southington as a branch off of the Quinnipiac River and travels south – we’ll say for about 10 miles – through Cheshire, ending at the Cheshire Reservoir in Prospect. (Connecticut’s more famous Ten Mile River is an almost entirely New York river that crosses into Connecticut for a short spell, forming the border between Kent and Sherman. Why is it more famous? Because there’s a shelter named the Ten Mile Shelter along the Appalachian Trail next to the river and it’s lovely.) 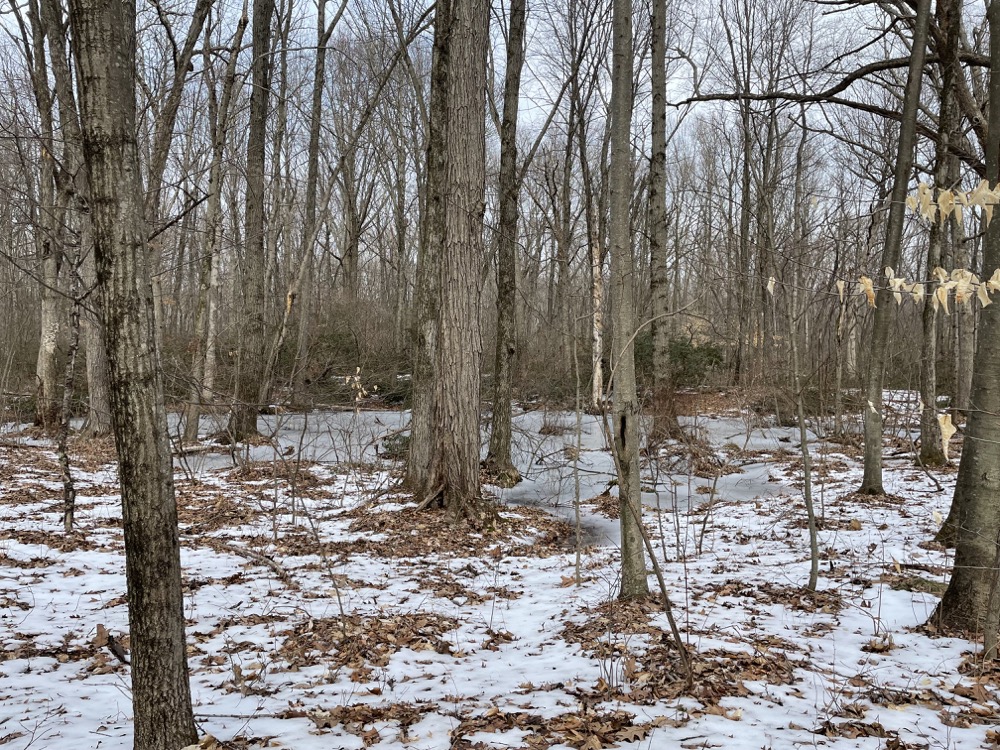 The Ten Mile lowlands Trail exists because developers lost a protracted battle in the early 1990’s and the land was protected. And while the trail doesn’t look all that exciting, it’s pretty cool if you’re a geology fan. This area was the lakebed of the glacial Lake Southington, and there are perhaps a dozen vernal pools along the three-quarters of a mile.

And they are very well defined, cute little ponds. The trail begins through a red maple forest along a stream which drains into the Ten Mile River. Before too long, I got my first glimpse of the river and I must admit that I was a little surprised as it’s a nice little river. Not a big river, but more than a mere brook or stream. 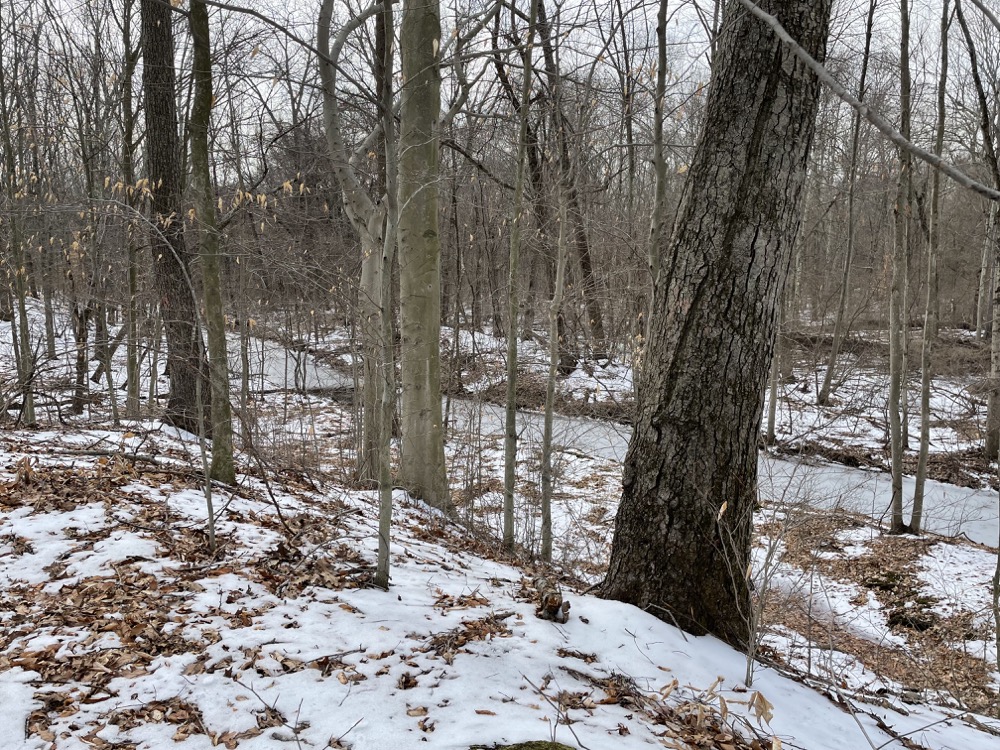 This forest is actually an upland “island” surrounded by wetlands and dotted with those little ponds. The trail passes by several of them, some just a few meters across and seasonal, others permanent.

These are very important to forest ecology, as they support all sorts of reptilian and amphibian species with very fast life cycles. Salamanders, toads, frogs, and even fairy shrimp. These last guys grow up to one inch long and the adults lay eggs in the leaf litter at the bottom before the ponds dry up. 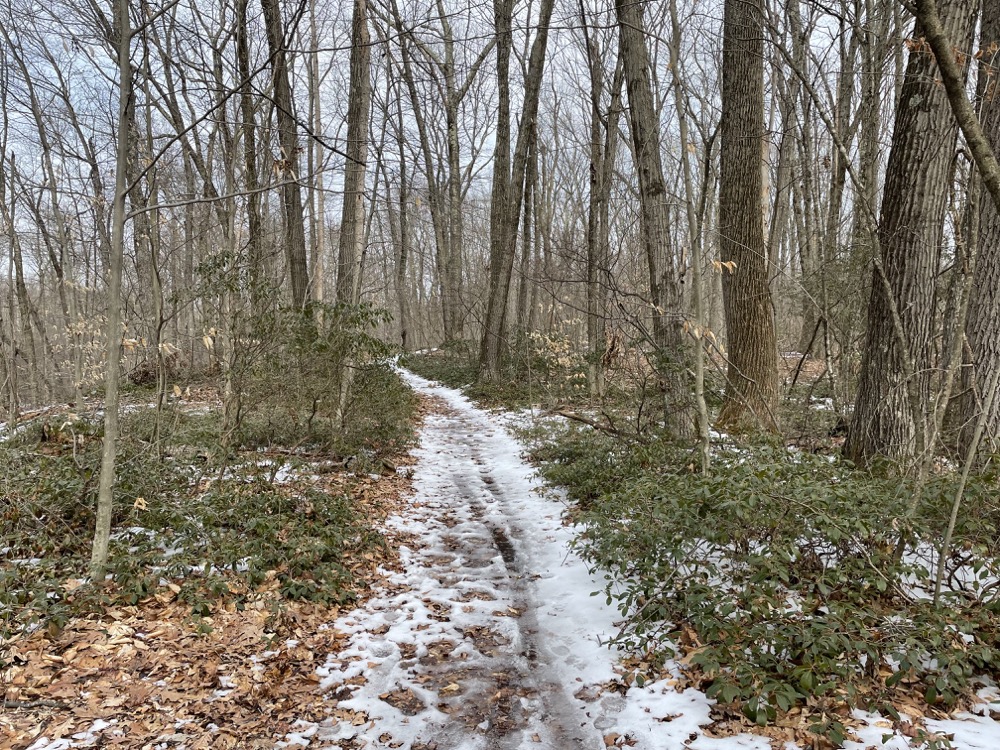 Once the depressions are refilled with water the next spring, the dormant eggs hatch and the babies grow, mature, and lay eggs all in a matter of a few months. Some life.

The ponds here also support Eastern spadefoot toads. While often referred to as a toad, the Eastern spadefoot is actually a primitive frog… which is dumb. Spadefoots are listed as endangered under Connecticut’s Endangered Species Act and designated as a species of greatest conservation need in Connecticut’s Wildlife Action Plan. Spadefoots are secretive, spending most of the year in subterranean burrows, emerging at night to feed during warm-weathered rains.

You may have seen one at some point in your life and thought to yourself, “hey, look at that frog.” Because it looks like a frog. Because it is a frog. Not a toad. 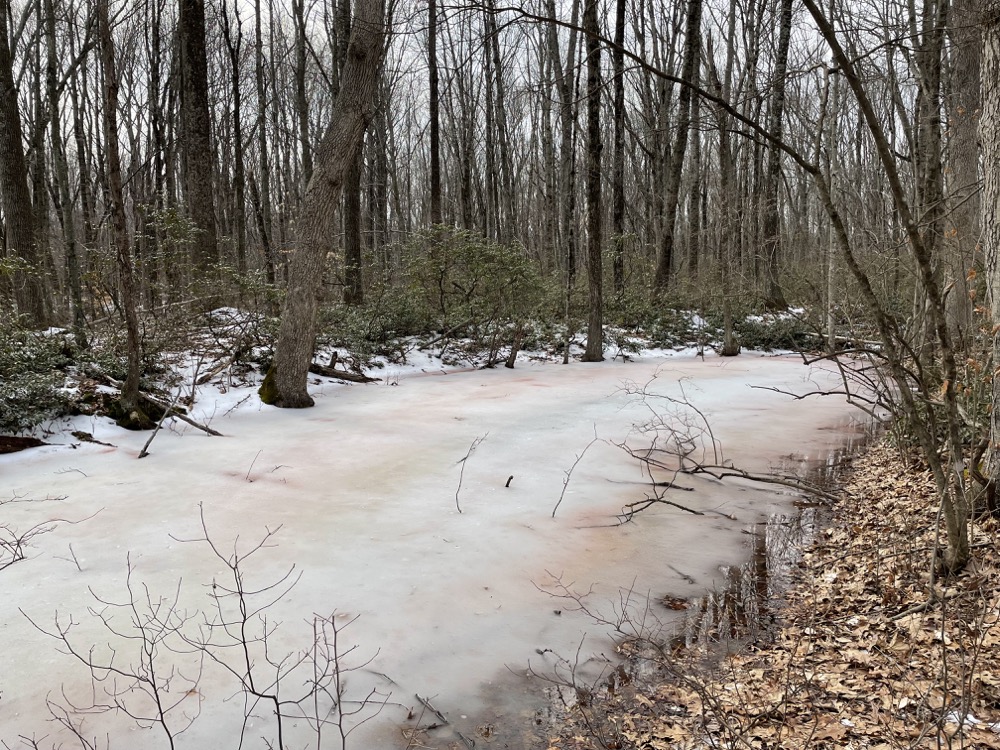 Ponder that while you walk along the wide, well-defined, yet unmarked trail behind suburbia in Cheshire. The trial curls away from the river, past a few larger ponds and ultimately ends near a manmade berm behind a large oak (I think) tree. I suppose you could bushwhack around and make your way out to a road, but there’d be no point in doing so.

So just do what I did and retrace your steps back to the trailhead and be on your way. (Actually, as you can tell from my scintillating pictures, you can just pretend you’ve “been there, done that” based on this page alone. The trail exists because these 146 acres were saved from being chopped down to build houses, so therefore the trail is cool in its own way.

Even if it’s not that cool. Cooler than being a frog that’s called a toad though, that’s for sure. 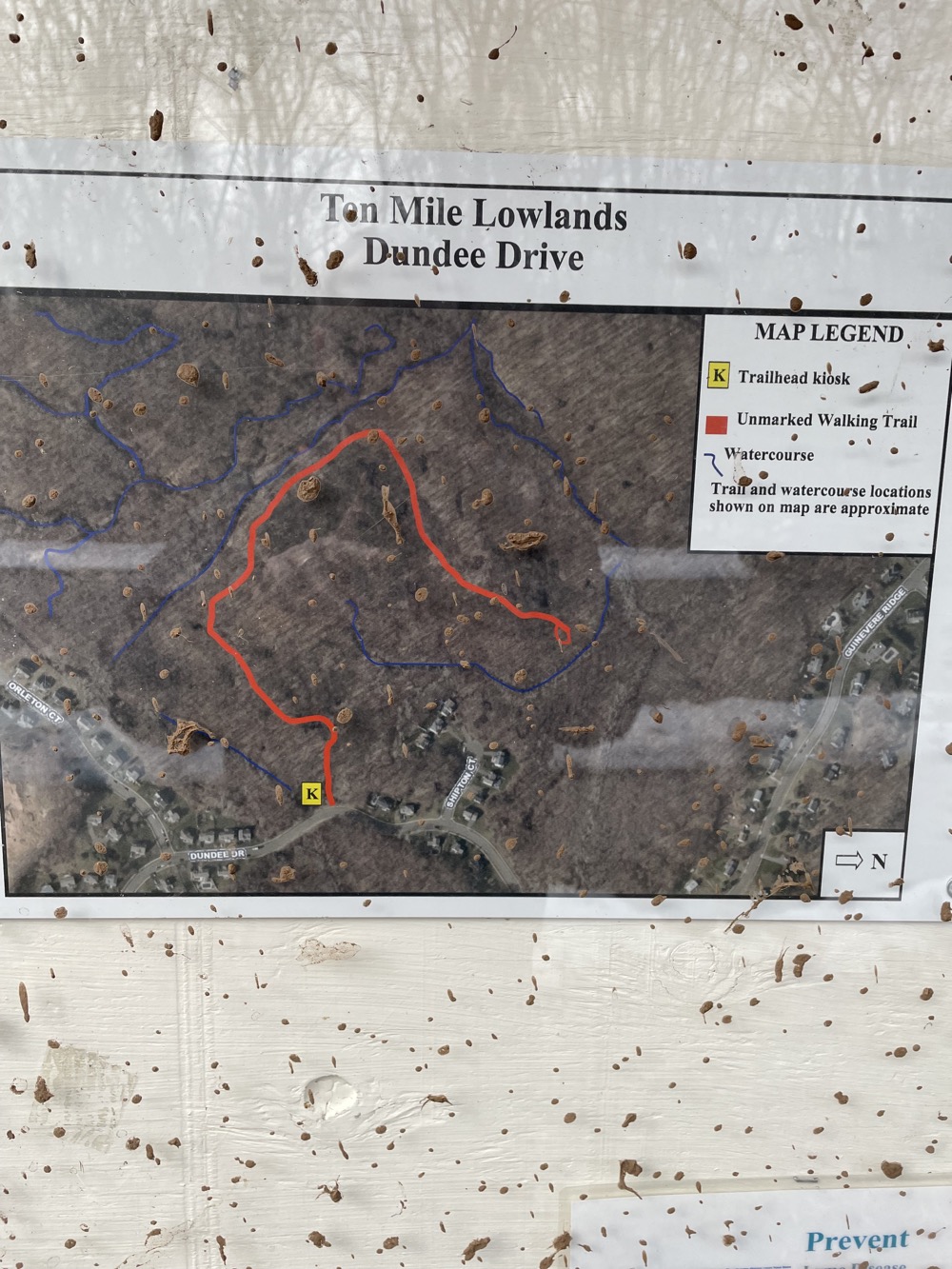 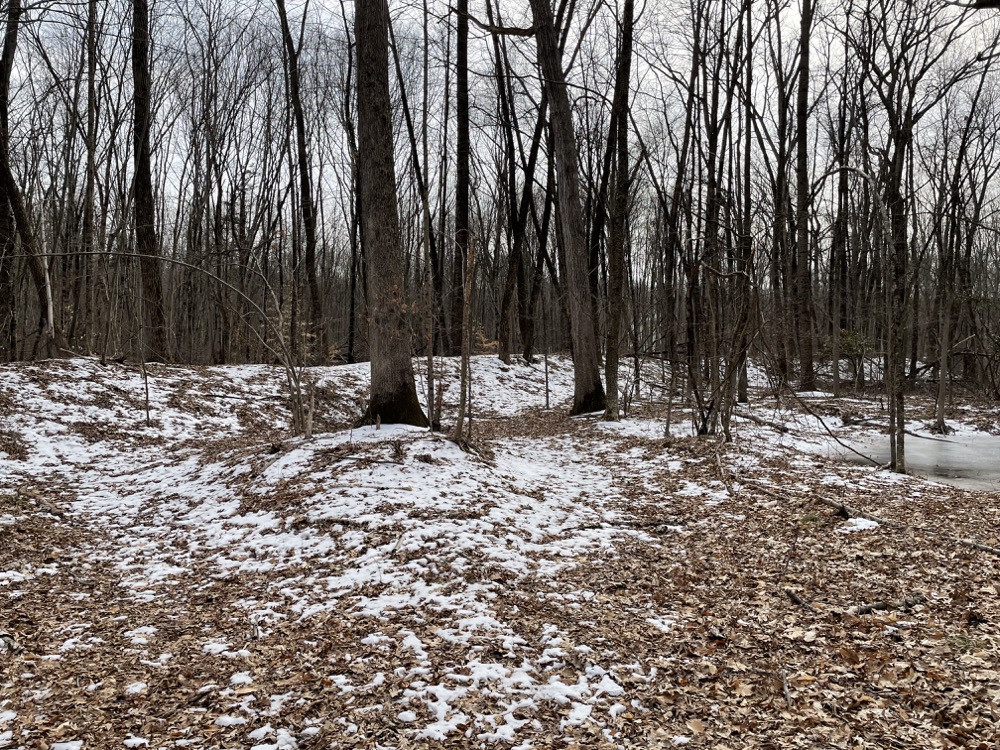