I Had to Have a Wiener in Mianus

[With apologies to Jackass and others who have previously documented this same experience.]

I just spent an entire day with my friend Rob C doing CTMQ things in Greenwich and Stamford. We saw a bunch of museums and several other types of things you’ve come to expect from this blog. But now, only 48 hours removed from our day together, I choose to first write about how much I enjoyed a wiener in Mianus. 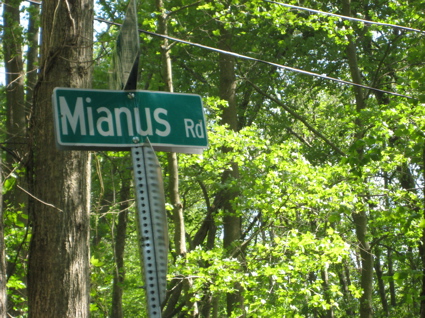 It’s something I first learned about many years ago when it first captured my imagination. I mean, I’ve enjoyed many wieners in many places, but never before in Mianus. Everything just sort of “fell into place” for me the other day, and before I knew it, I had a wiener in Mianus.

Rob and I stopped at Joey B’s Famous Chili Hub in Cos Cob, very near Mianus. We had lunch there and I asked for a wiener to go. Go where? Why, into Mianus of course! 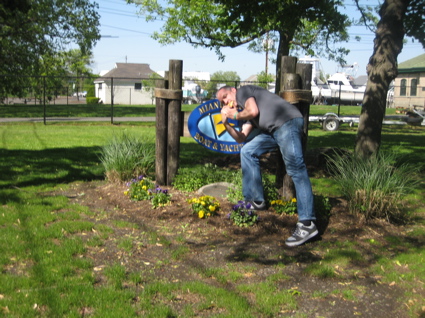 I drove a little ways, hit some traffic, then slowly took the wiener into Mianus. 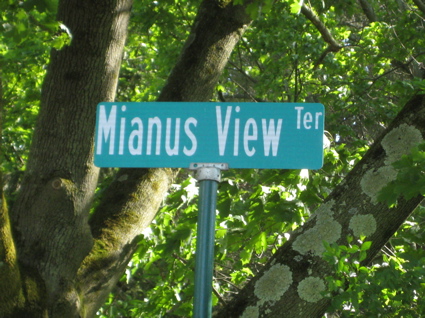 I was still hungry, so I must say it felt good to have a wiener in Mianus.

Even so, I was feeling magnanimous, so I let Rob taste the wiener in Mianus: 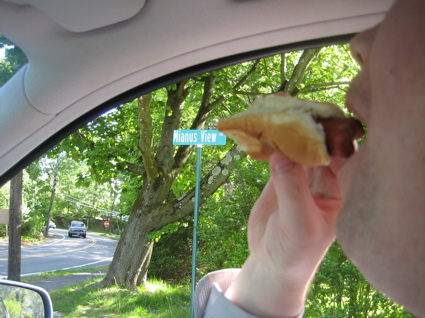 Before finishing it off, due to the twists and turns of the Mianus River, I took the wiener in and out of Mianus several times, but I did document the moment I finished off the wiener in Mianus: 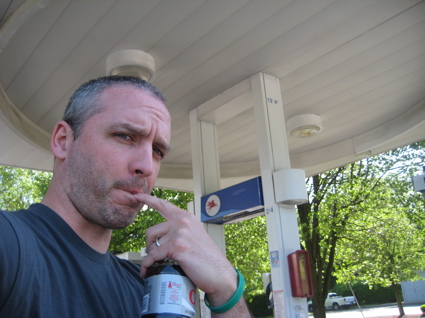 I don’t know what it is, but there’s just something special about the first time one has a wiener in Mianus.

Some facts about Mianus

And I’d love to link some of the Jackass Mianus stuff, but the folks who own the footage disallow such things to happen. (The footage appears and disappears, but maybe this will work for you.)