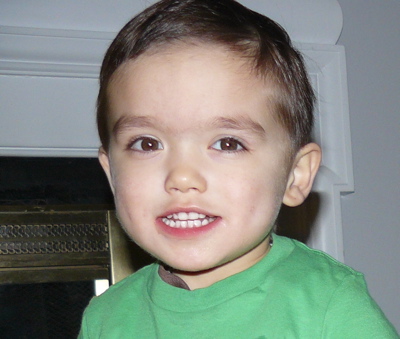 I have the ability to see where and infer why people come to this blog from various search engines. If I’m in the mood, I can check things like how much time those readers spend on each page. One page that gets a lot of traffic is my page about Damian… Much of it comes from people searching for information on Smith-Magenis Syndrome but oddly, a lot of people who happen upon the site click through the tabs at the top and for some reason the Damian tab draws readers in.

Which is weird to me, because this is Connecticut MuseumQuest and is all about my state’s museums and trails and quirks – not my little son. But then I was thinking… This entire pursuit IS all about Damian in a way. 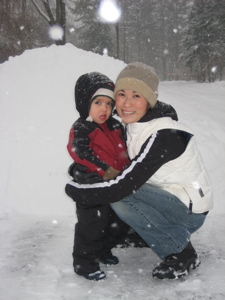 This blog started after he was born because a) I needed to find a creative outlet now that we’d be home more often, b) I needed to find nearby economical things to do on the weekends now that he was in my life, and c) it was the “Industrial museum” sign in New Britain I passed daily while dropping him off at my mother-in-law’s house that piqued my interest enough to get this thing going.

He has shaped me and Hoang in ways we couldn’t have expected. This blog has given me a forum to hone my writing skills and has landed me a few freelancing jobs and book proposal inquiries. I’ve made contacts from all around Connecticut from museums, the government, the CT Forest and Parks Association, the ATC, other more prominent blogs, the Hartford Courant, Connecticut Magazine, our local NPR show… It’s been wonderful.

But, you ask, how’s he doing? After all, that’s why you’re reading this, right? 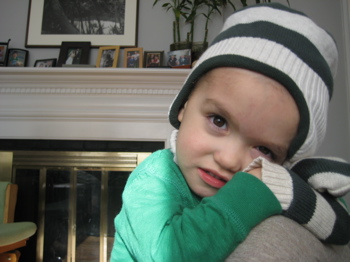 In a word, great. I wrote the first Damian page about 8 months ago during a period of difficulty for all three of us. I think now, looking back, he had reached a point of knowing enough to know what he wanted, but just wasn’t able to ever communicate that to us. We were in a rut and it was not very fun. 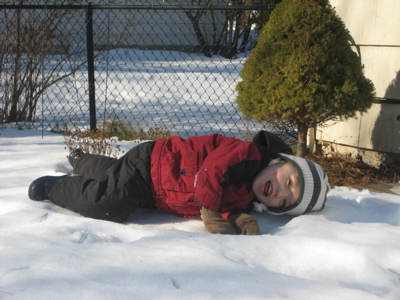 He turned three in January of this year and began attending the Early Learning Center here in town. The ELC is a special needs program in a preschool setting where Damian is given speech, physical, and occupational therapy in addition to the regular classroom stuff.

We were a bit scared at first – he was still so small (he wears 18 month pants and 2T shirts), non-verbal, and prone to unprovoked tantrums. Screwing up his routine was not something we were looking forward to!

But once he started going, an amazing thing happened. The bad behaviors sort of melted away to a large degree. The teachers at school have been awesome with him – and for him. They took our advice early on to just ignore the tantrums; even the violent ones as long as no one is in imminent danger, and press on. I can’t speak for any other SMS parents out there, but for Damian – this works! 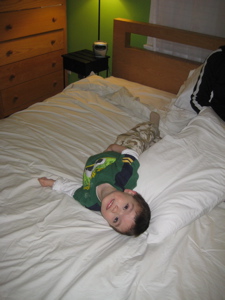 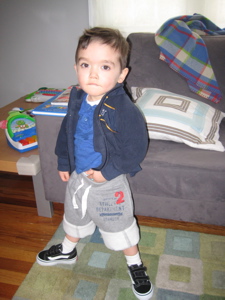 We immediately began noticing him taking direction better for simple tasks. He has learned – in his own special way – to tell us much better what he wants when he wants it. He’s still pretty much non-verbal, but his Damianese – a mish-mash of real signs, charades signs, expressive looks, and various sounds has been wonderful. Instead of throwing himself on the ground, yelling, and banging his head, he can now sign “drink” when he’s thirsty. Better yet, he seems to pretty much understand almost everything we ask him or tell him to do. (Whether he actually does it or not is a different story!) 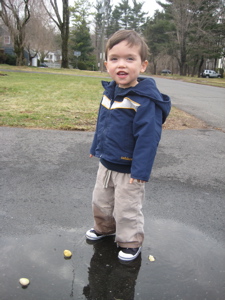 We have been having fun now as a family. Hard as it is to say, we never looked forward to weekends for many, many months because they were, quite frankly, miserable. Now, we have no fear of taking him anywhere. His tantrums are almost all silent protests consisting of him scowling and finding somewhere comfortable to put his head down onto his hands.

His goofy sense of humor has flourished and while he continues to laugh at things that really aren’t funny, he’s picking up on more sophisticated fare like people falling down and dumping sand on his head. He’s not getting fixated on mundane stuff much anymore and can be taken away from activities without the world ending. He’s feeding himself (when he wants to) and just last night took off his tee shirt by himself. Potty training is still a long way off I’m afraid. 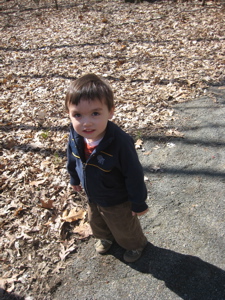 By FAR the best thing about Damian now is that he’s HAPPY. This may sound silly to many of you, but you SMS parents know what I mean. Damian was an angry, apparently vindictive, mean little boy for far too long. Of course you can’t see that in the pictures I choose for this blog, but trust me – life was a bit rough around here for a year or so. He was never happy and we were never happy.

Fortunately, that is in the past for now. He loves going to school, he runs to me and/or Hoang with a smile on his face at the end of his day now (he used to run away, roll around, yell, tantrum, throw stuff) and he likes nothing more than goofing around with us on our bed at night or out in the yard now that it’s warm. He’s making us laugh and has made it easy to forget about his SMS and the hard road we still have ahead of us.

One of the traits of SMS kids (and adults) is their affection. Boy, does Damian ever display that these days! He hugs our dog every chance he gets. He hugs his menagerie of stuffed animals. He hugs books he likes. He’s the little hugger at school and daycare and the other kids just love him; lining up for goodbye hugs every day and pushing each other out of the way to get a piece of our boy.

Hoang and I find ourselves saying “He’s too much” all the time now – in a GOOD way! 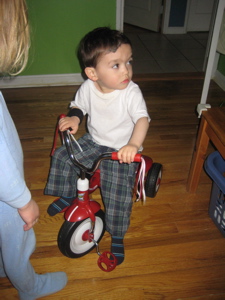 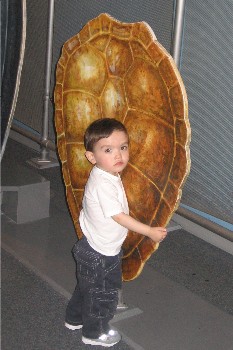 We are fully aware that we will have many difficult days ahead of us and have a long way to go. But with any special needs kid, one learns to really revel in the good times and always remember them – and look forward to them – when things aren’t going so well. We’ve been spared much of the typical SMS traits (self injury, sleeplessness, frequent violent tantrums) these last several months. As we say in our house, every day is a new day.

Continue on to the 2010 update

The Good Stuff
His affection and smiles
His incredibly expressive face
His cautiousness when in (relative) danger
He no longer gets “locked in” on mundane things
He enjoys Sesame Street (trust me, this is a very good thing)
He still eats pretty much anything (and not dog food anymore)
He still likes his baths
He goes to bed without a fight at 8:30 every single night
He wakes early, but stays quiet “reading” and thinking about life
His unparalleled joy when we understand him now
His goofiness 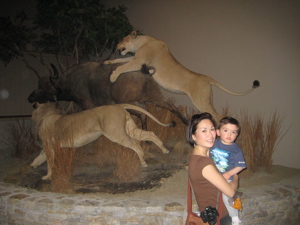 “Do you want milk or juice?” resulting in nonsensical tantrum
Intimating he REALLY wants to eat right up until food is in front of him. Frustrating.
Dressing
Undressing at proper times
Keeping his hands out of his diaper – gross.
Speech – what a wonderful day that will be.
Attention span – getting better
Tooth brushing – he’s got to get used to it 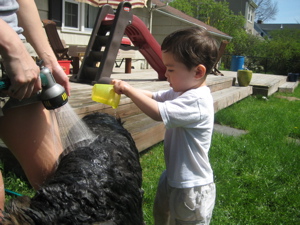 Damian loves the crawl at the bottom of the screen on CNN or ESPN or whatever. Crazy.
He can fetch a DVD, open the tray, put it in, push play, and turn the TV to the right setting. Crazy.
His high pain tolerance is a bit concerning. Huge lump on his head from a fall = 20 second surprise cry. Scary.
His memory for events is startlingly good sometimes. Crazy.
His apparent understanding of high level conversations is amazing. Crazy and Scary.
He still points with his middle finger. Crazy.
He enjoys wearing just one sock. And the other on his hand. Crazy.
He loves carrying ZipLoc bags with stuff in them. Crazy. 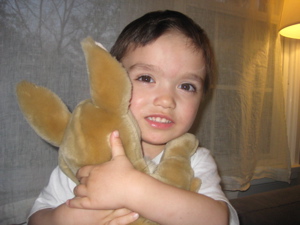 Continue on to the 2010 update