Everything I read online tells me that there’s an original 1925 Wasp engine up at the New England Air Museum in Windsor Locks. And I’m 100% sure there is. The American Society of Mechanical Engineers National Landmark plaque is probably up there too. 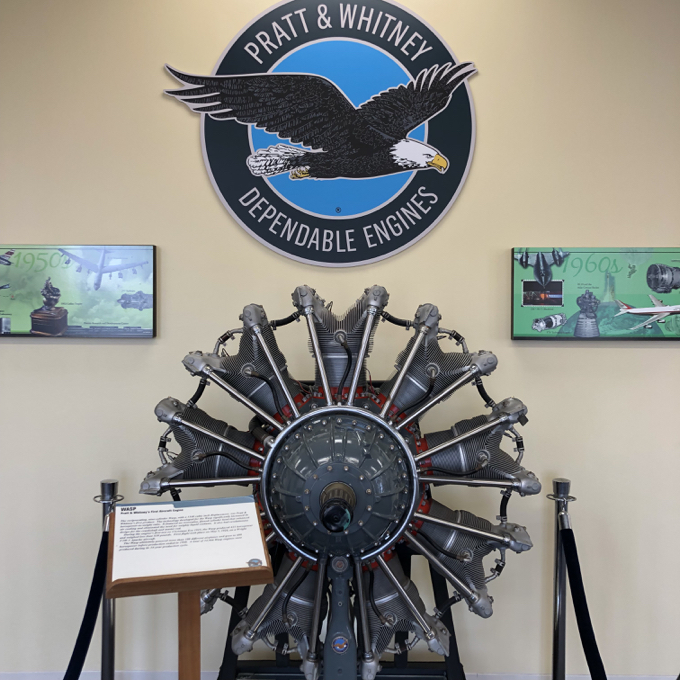 But you know what? The engine hadn’t been designated landmark status when I visited NEAM, and I’m not going back up there just for that. Especially since the same engine is also on display at the Pratt & Whitney Hangar Museum in East Hartford.

And since East Hartford is the home of P&W, I’m sticking to East Hartford. It certainly doesn’t matter, as this engine should be displayed in every aviation history museum – as the dang thing revolutionized the industry.

Aircraft engines, considered unreliable during the first 20 years of aviation due to their need for liquid-cooling, heavy weight and other inconsistencies, were given a revolutionary boost with the development of Pratt & Whitney’s R-1340 Wasp Radial Engine in 1925.

It’s been almost a century since the air cooled engine was pioneered at P&W and its still going strong. That’s amazing. 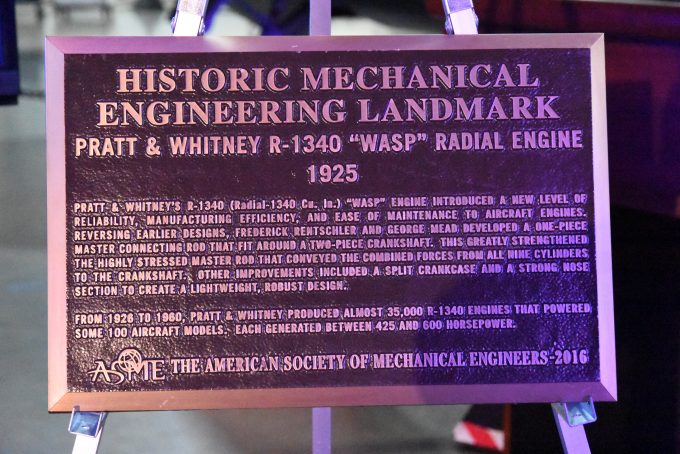