You keep adding new trails, I’ll keep hiking them. The farthest corners of your town are only half an hour away from me. You can’t hide from me. I’ll always be coming for you. Can’t(on) stop, won’t stop. 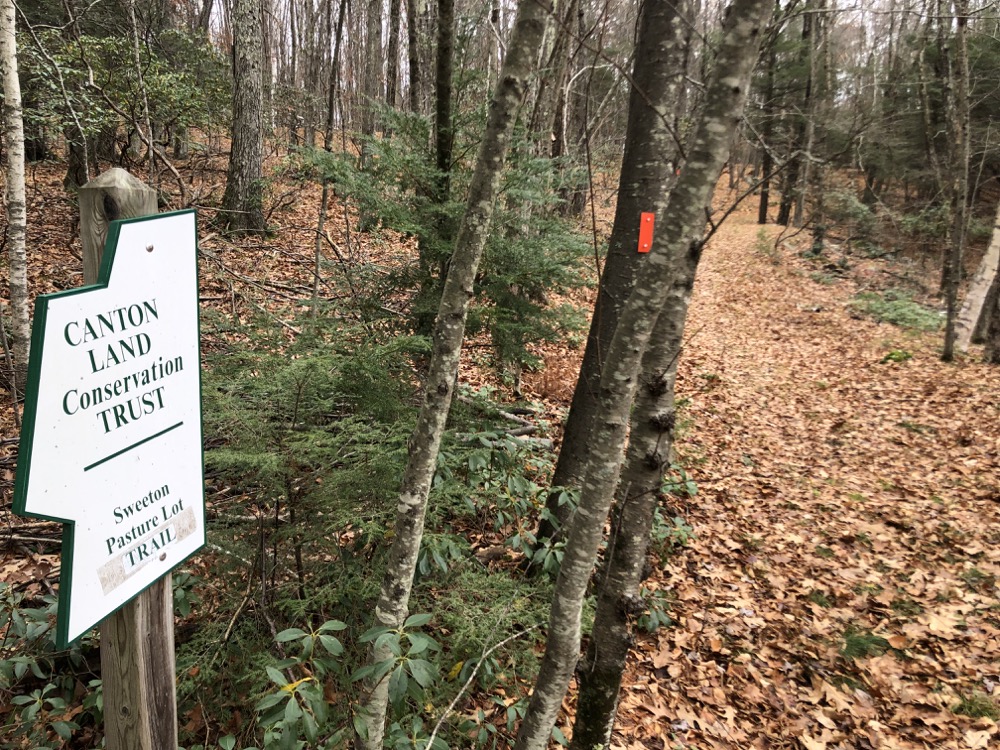 I don’t know why I’m challenging this organization. They seem dedicated to clearing, blazing, and mapping new trails every few months. They have to run out of land at some point, right?

The Bunker Hill Preserve consists of 55 acres and was acquired as three separate transactions since 2006 (one of which is Sweeton Pasture which is what the sign says, above). The contiguous parcels allow for a nice three-quarters of a mile lollipop loop trail down to Cherry Brook – marking the umpteenth CLCT trail that takes hikers to Cherry Brook. 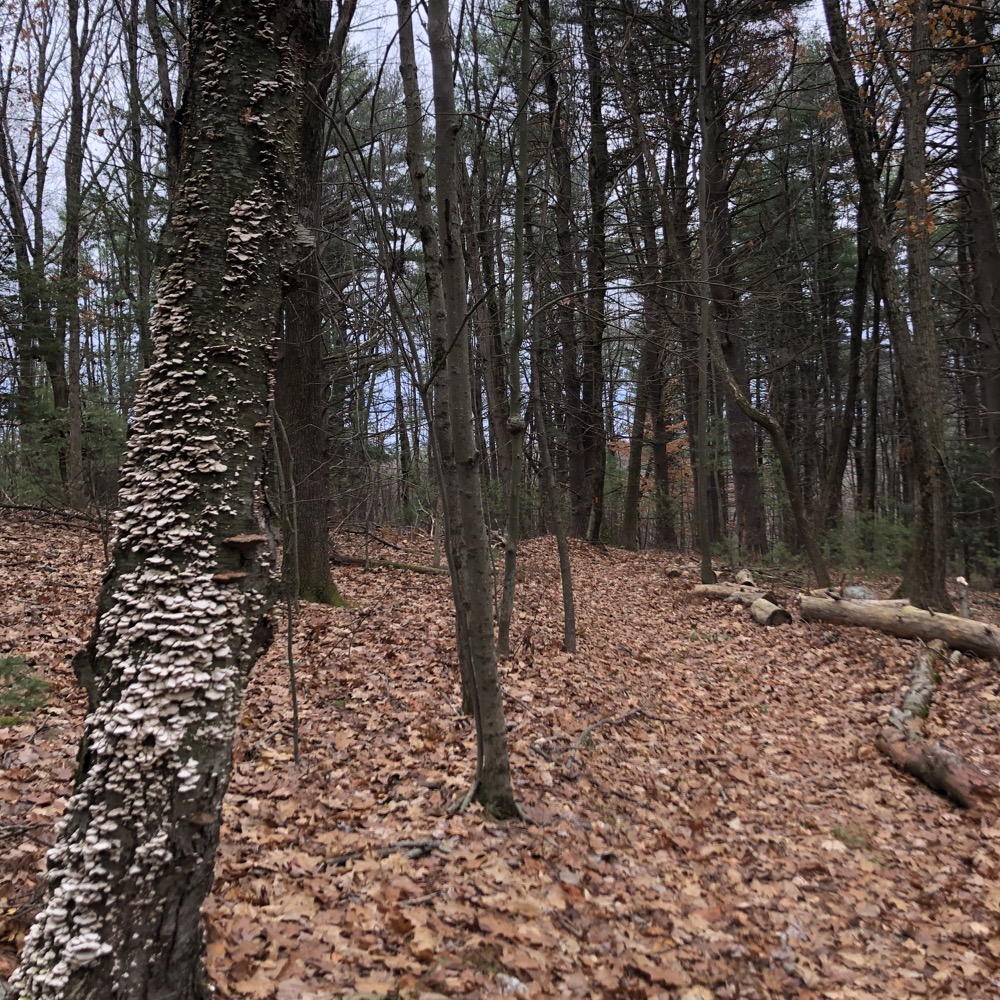 But you know what? It’s pretty every time. Maybe after the CLCT gets done with adding trails and the last one also takes in a piece of Cherry Brook, I will title that page “The Cherry on Top.” Yeah, that works. Bring it on, Canton.

The trail begins off of Bunker Hill Road along a wide old woods road. The loop offers you a choice: climb first or descend first. I chose the latter for no particular reason and I think if climbing is a concern of yours, this is the right choice. The CLCT is not big on switchbacks and even when they attempt to create them, they are very tight and still steep. 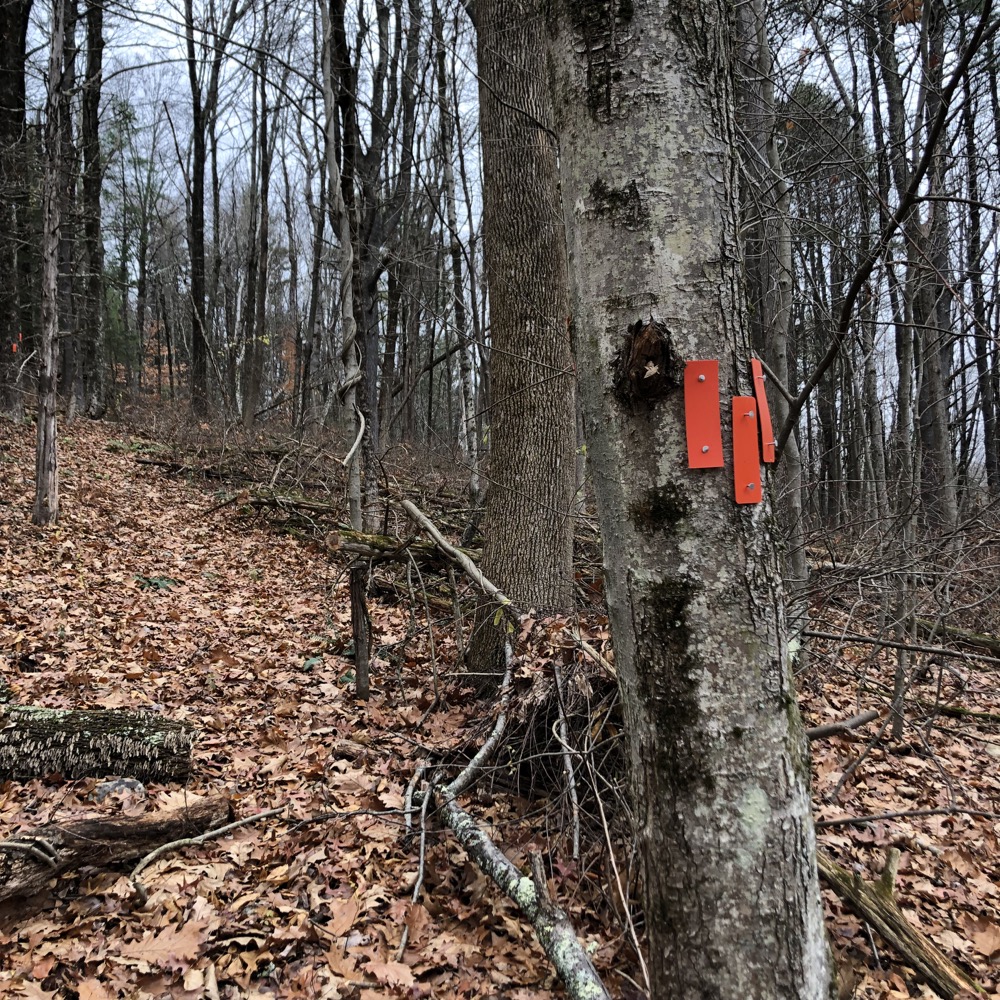 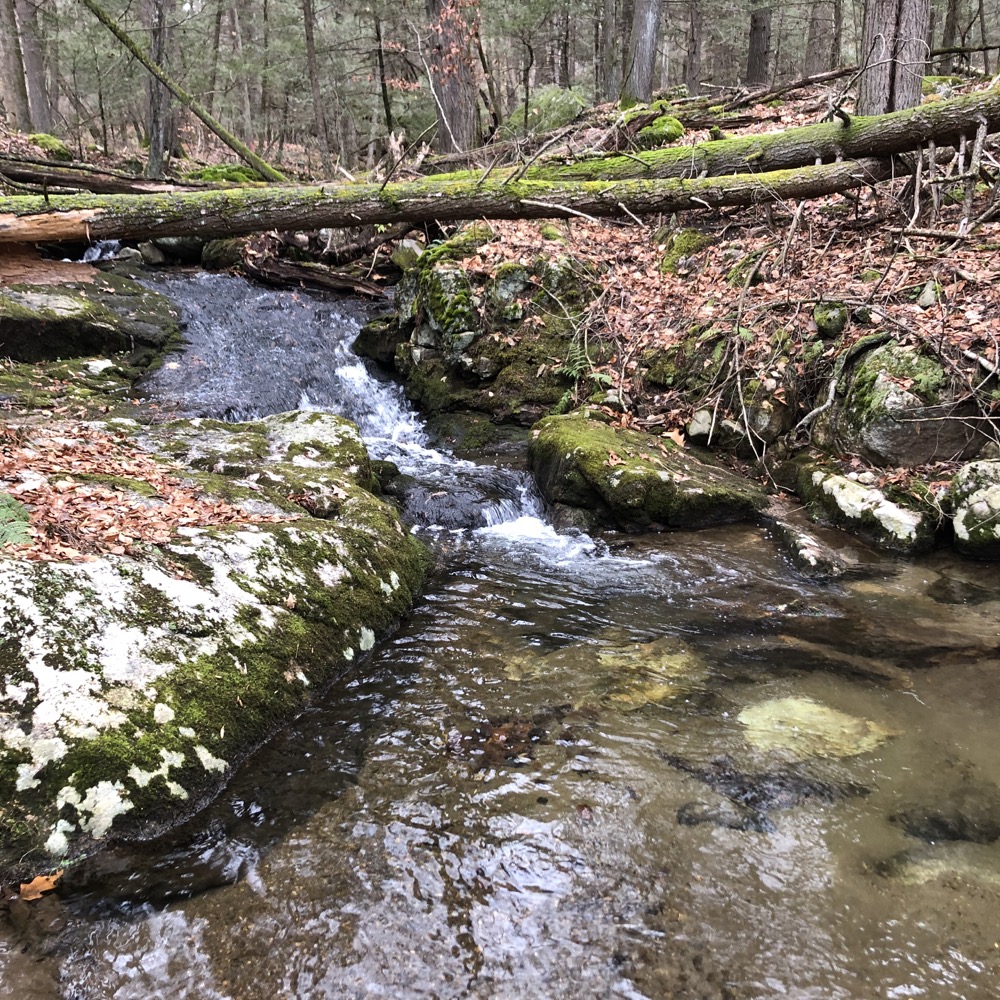 And at points, they just say “screw it” and take hikers straight down (or up) for large chunks. Before too long I was down near Cherry Brook walking through yet another part of Canton that had a very primeval feeling. Man I love these deep woods parcels around here.

After ambling along the brook for a while, the trail turned back towards the beginning of the loop and climbed what I can only assume is Bunker Hill. Through a few little switchbacks… is there a term for switchbacks that are barely real switchbacks? 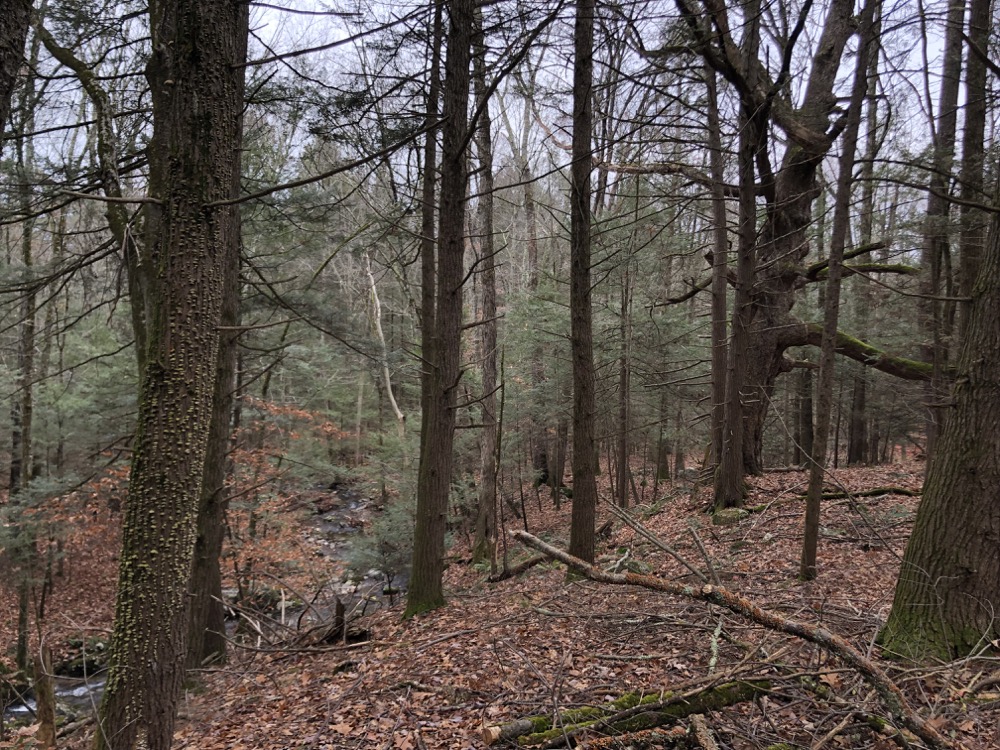 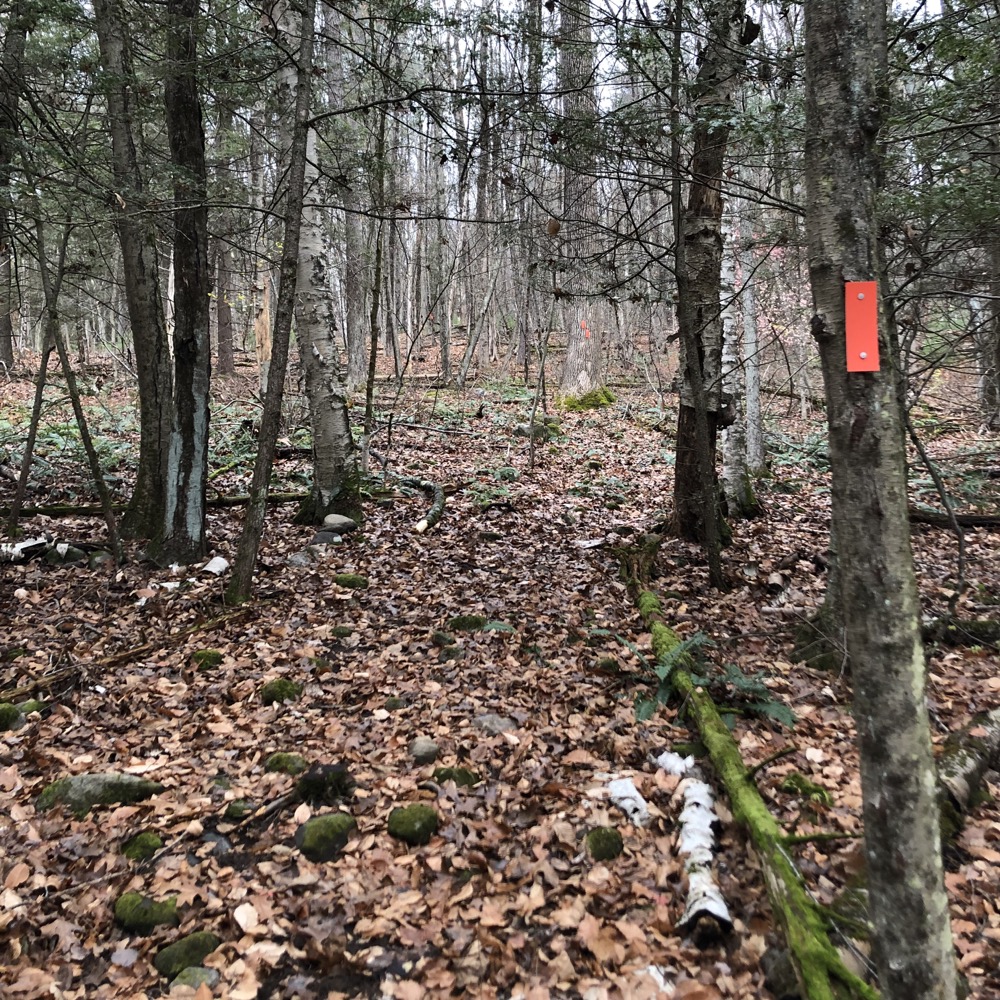 Up and around and back to the old woods road and back out to my car.

At this point in late 2021, I know of one other property at which the CLCT is creating trails – over at Onion Mountain. This will perhaps be the most exciting new trail of all since I strongly believe the central and northern part of it will be incorporated into CFPA’s East-West Trail.

But for now, little lollipop loops in North Canton are a sweet treat. 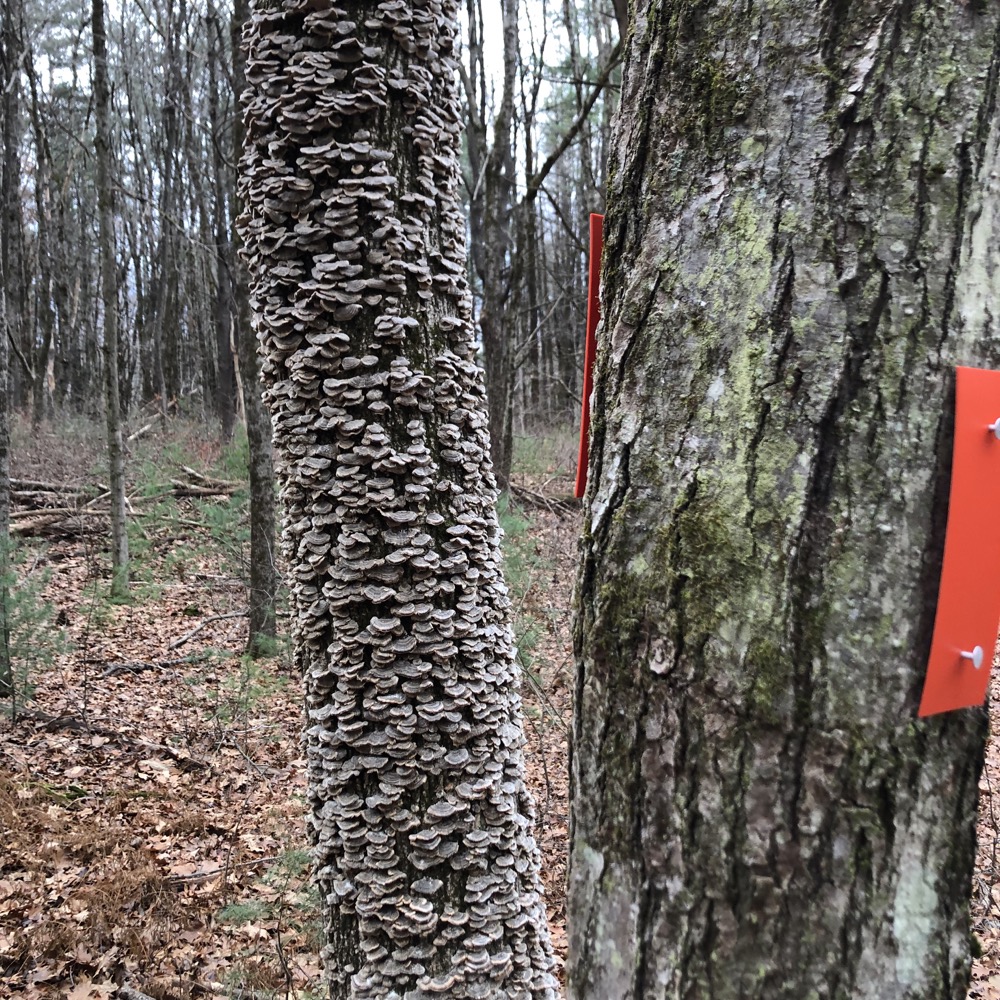