It took some doing, but Hoang has finally convinced me that a warm and sunny lazy summer day at the beach is a worthwhile and wonderful pursuit. And I, on the flipside, have convinced her that stops along the way to sample some of Connecticut’s cheese is equally worthwhile. True love. 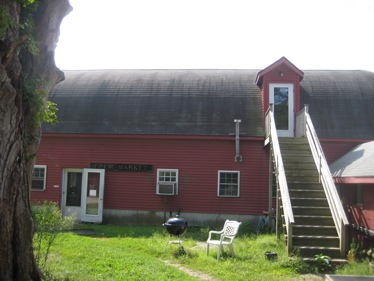 We hit Bishop’s Orchards in the morning for some wake-up wine sampling, then drove the backroads of Lyme to find Sankow’s Beaver Brook Farms. My innate sense of recall for previously traveled roads sprung up as I remembered exactly how to get to where we were going because I had passed the road it’s on heading to the trailhead of one of my very first CFPA hikes – The Nayantaquit Trail.

We arrived and found the place mostly deserted, but entered the salesroom and began poking around. Beaver Brook has a rather extensive collection of dairy items for sale, and not only that, they make stuff from their sheeps’ wool. 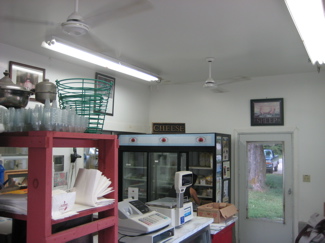 Beaver Brook Farm has been home to the Sankow family since 1917. Situated on one hundred and seventy-five acres in Lyme, CT, it was originally worked as a dairy farm. In 1984, Stan and Suzanne Sankow introduced their first sheep, Sherry and Ding, to the farm. In 2002, they re-introduced cattle to the farm. It is now a sheep and cow dairy farm producing goods of the highest quality.

The farm makes and sells artisanal sheep and cow’s milk cheeses as well as yogurts, milk and gelato. The Wool Shop features hand-spun wool garments including socks, scarves, sweaters, hats, vests and blankets. They also sell yarn made from their own wool. They offer fresh lamb meat at their farm store along with homemade entrees such as white bean chili and lamb curry stew. (Points for uniqueness!) 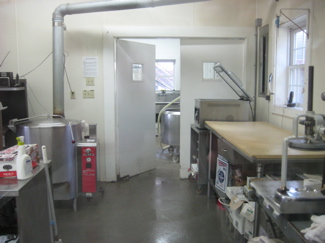 But let’s focus on the cheese. The following is excerpted from a 2003 New York Times article:

The Sankows have over 200 Friesland ewes, seven rams and a growing reputation for making savory and robust artisanal sheeps’ milk cheeses. When Mrs. Sankow first had the idea of making cheese, she attended some classes on the art. The results were not satisfactory, so she applied for a federal grant for sustainable agriculture and used it to learn from a master. She brought over Alfred Michiels, a former cheesemaker of the year in Belgium. Having him teach her the hands-on intricacies of cheese making was, as she puts it, “like having a grandmother showing you her favorite recipes.”

Probably the most classic and distinctive of the sheep’s milk cheeses the Sankows produce is Farmstead, a very firm, dry, nutty raw-milk cheese aged for 10 months. There is also Cracked Peppercorn, a creamy soft cheese whose tartness mingles nicely with the snap of its peppery covering, and Summer Savory, also a soft cheese, flavored with the herb of the same name.

On the firmer side there’s Pleasant Valley, a mild but rich aged cheese with just enough of an edge to tingle taste buds. 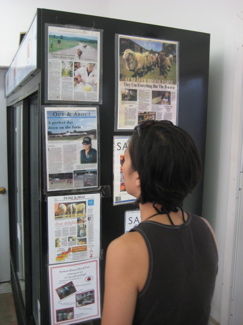 From the cows there is the aptly named Pleasant Cow, a semifirm cheese aged for six months or more that is rather mild but has a nice creamy tang to it. There’s also a very rich Camembert and Nehantic Abbey, a 6-month-old sharp cheese.

The Sankows make their feta, traditionally a sheep’s milk cheese aged in brine, from Jersey milk; the cheese is so crumbly and succulent it makes store-bought feta taste like crushed saltines.

As cheesemakers know, butterfat is where the flavor is. The Sankows’ Jerseys begin the spring milking season producing milk with 5.2 percent butterfat; this drops slowly to 4.8 percent over the course of several months. The sheep start with 7.2 percent and drop to about 6 percent. Holstein milk, in contrast, hovers between 3.2 and 3.4 percent butterfat.

Visitors to the farm can watch the milking, but not the cheesemaking, because of health regulations. The milking parlor is operated by students from, at various times, Slovakia, Belarus, Thailand, Bulgaria, Ecuador and Romania, who come to the United States to learn marketing techniques for small-is-beautiful-style agriculture.

The cheeses are aged in a walk-in cooler where they rest on wooden racks while their flavor develops. The atmosphere is a constant 55 degrees with 80 percent humidity. 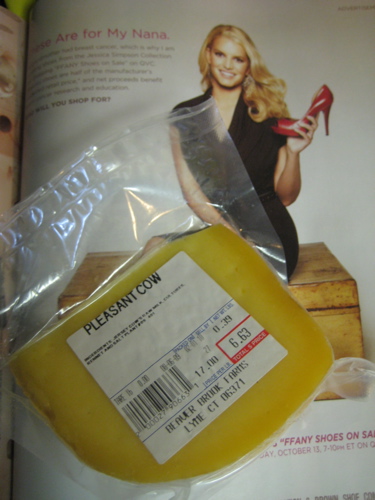 Okay, that was more than an “excerpt” I guess, but it’s exactly what I was going to say anyway. A young man appeared to help Hoang and I out, but no free samples were offered. That’s okay, artisanal cheese is expensive to make and we understand.

We hemmed and hawed for a while and settled on the Pleasant Cow. It was very mild and creamy and we sort of wished we had chosen something more robust. But we will – as it’s not too far out of the way from a trip to Rocky Neck Beach for us.

And if Saveur Magazine is any sort of authority – and I certainly think it is – Beaver Brook Farm lands at #23 on their 100 Favorite Foods, restaurants, recipes, people, places and things for… I don’t know what year, but that’s awesome.

I love the ethic of the farm and what they are doing down there – definitely a worthy addition to my mythical Cheese Trail. And note: Each year, the Saturday and Sunday after Thanksgiving, the Sankows host a Farm Day which include sheep sheering and spinning demonstrations, horse-drawn hayrides, and free samples of the farm’s meats and cheeses. 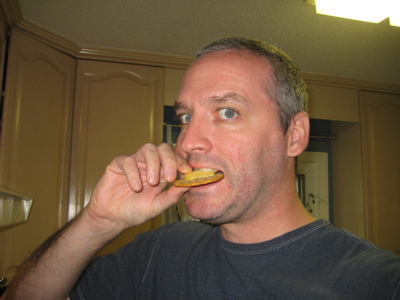