Everyone in Connecticut knows Munson’s, right? They are, by far, the biggest and most far-reaching chocolatier in the state. After all, there are Munson’s stores all over the state – which you can find here.

Of course, simply going to the storefronts isn’t as cool as going to the factory store in Bolton. It’s right off of 384 on Route 6 and is almost always a stop for us when we’re on some drive out that way. The factory store is the best because of one thing: Factory seconds. Here, you can buy the slightly messed up looking stuff. It all tastes the same as the “good” stuff. 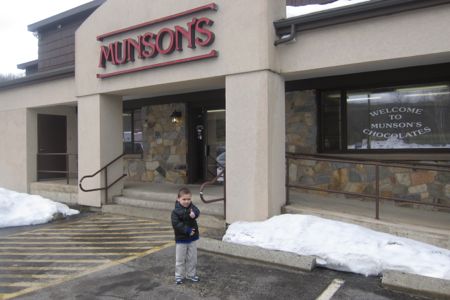 Not only is the Munson footprint huge by local chocolatier standards, their history is long and entrenched. Let’s learn some of it from their website:

Munson’s Chocolates was founded by Ben and Josephine Munson in 1946 and originally titled “The Dandy Candy Company”. With little more than a dream they set out to build a business that would reflect their commitment to quality and service.

Aw man, why did they change the name? 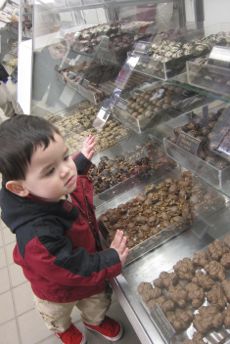 Their first store was located in Manchester, Connecticut behind a tailor shop. It was there that they would make batches of wafers and ribbon candy from the sugar rations they received following the end of WW II. Soon after, they moved their base of operation to a horse barn. They converted the barn into two parts: a kitchen and a retail store.

That’s kind of gross, actually. But the 50’s were a magical time and even horse barns were all rainbows and buttercups… or so I’ve heard. 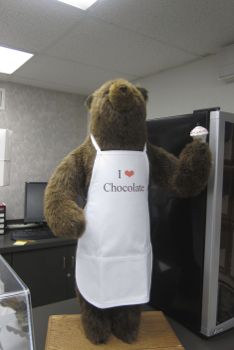 Ben would start each day by mixing up batches of creams and caramels from his “secret recipes”. By late morning he would hand dip each and every piece in chocolate. Finally, they would make their way to Josephine who carefully packaged the assortments and prepared them for sale.

The results of their efforts were chocolates so incredible that they became legendary in the small town. Soon everyone knew if you wanted superb chocolates, you simply had to go to Munson’s.

Let’s be honest here… How many chocolate makers were there in Manchester 60 years ago though? 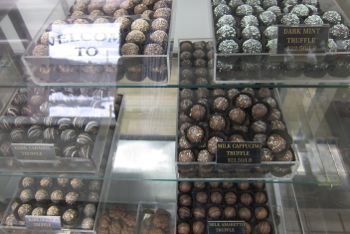 The rest they say, is history. Today Munson’s is a third generation candy family, and Connecticut’s largest retail chocolate manufacturer.

And while the company has grown considerably since those early days, the standards that began with the first pound of candy have remained. The company is now run by Ben and Josephine’s son Robert, who is President and CEO. Robert is joined in the business by his daughter Karen and son-in-law Jim. 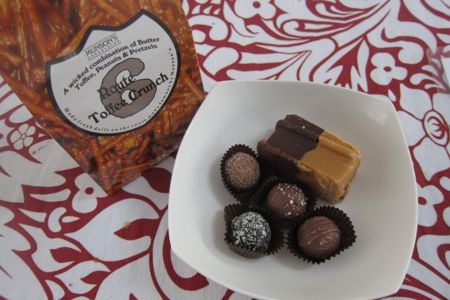 And that’s rad. All my favorite things on CTMQ are essentially small, family operations. But Munson’s, being the size that it is, employs a ton of teens – at least at the Bolton location. But know this: I have always received excellent and friendly service. They seem a little over eager at times, but that’s okay. They’re probably all hopped up on sugar and caffeine. 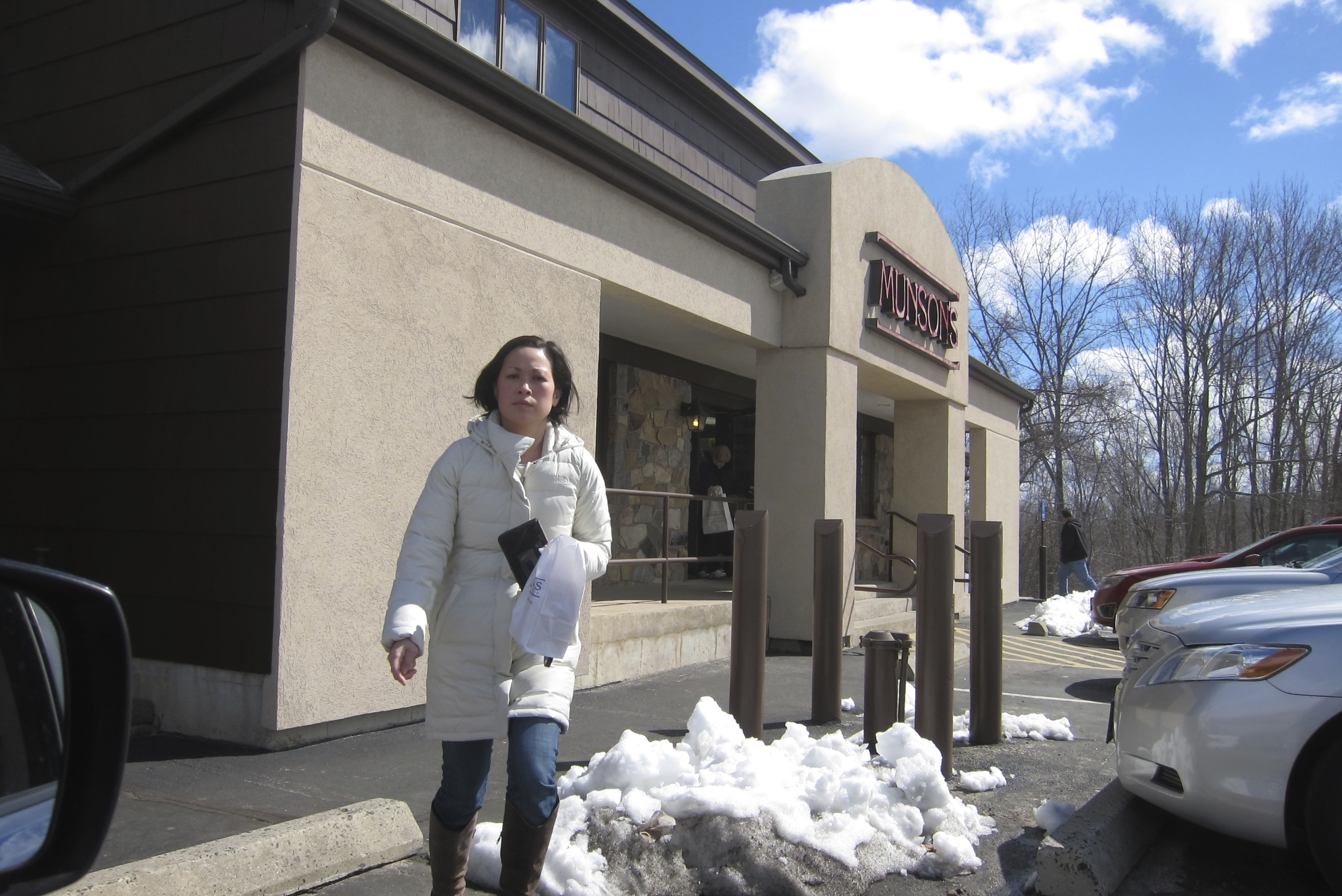 My wife hates this picture. But I like the action shot. And by “action” I mean “sneaking in a truffle before getting to the car” action.

Munson’s doesn’t really do any of the wacky stuff like a few of the other Chocolate Trail joints do. They don’t have to. But that’s not to say they’ve stagnated or become comfortable with the old standbys. 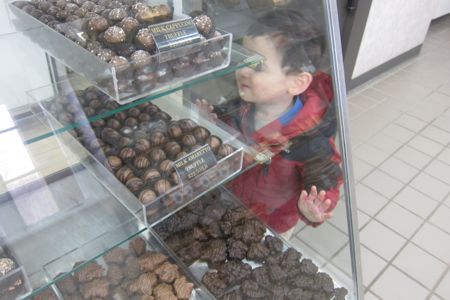 Not at all. I particularly enjoyed the Route 6 Toffee Crunch, but it seems they don’t make it anymore. Perhaps the association between Route 6 (aka “Suicide 6”) and “crunch” didn’t play well with customers – all of whom probably know someone who was maimed or killed within 3 miles of the Bolton factory on the infamous road.

(Speaking of which, leaving Munson’s in Bolton to head east on 6 is, not surprisingly, can be death-defying.)

But how about the sublime beer brittle they make? In a really cool partnership, Connecticut’s Hooker Brewery and Munson’s have come together to each produce an excellent product. Hooker puts out the Chocolate Truffle Stout using Munson’s chocolate and Munson’s does a beer brittle using a Hooker lager. (That’s the Liberator Doppelbock in their picture, which is a lager, so I’ll believe that.) 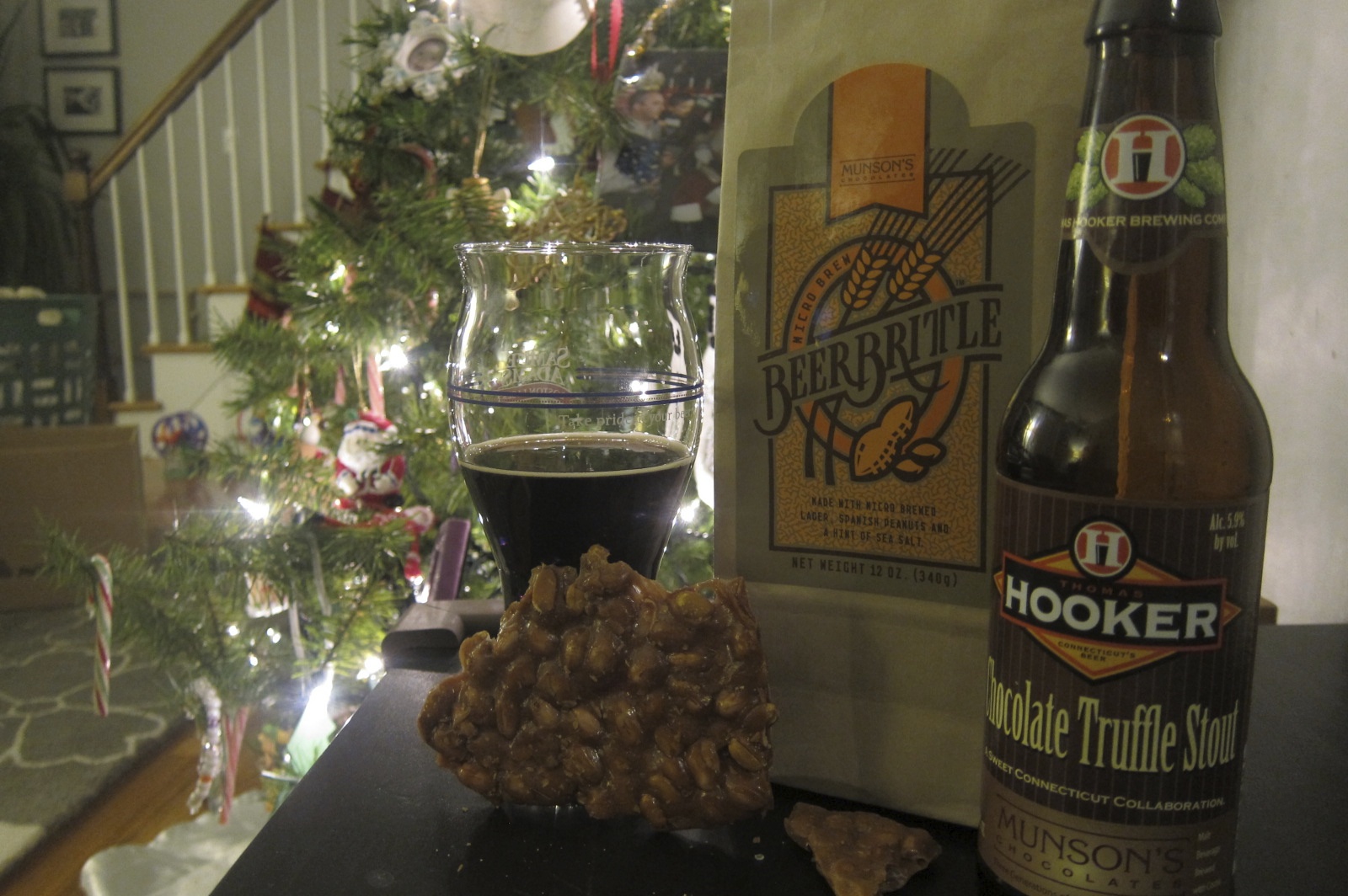 Anyone who knows me knows I love these sorts of local partnerships. So props to Hooker and Munson’s for getting this one done. And, hopefully, continuing to do it for years to come.

Munson’s probably isn’t THE best chocolate in the state, but It’s certainly way better than anything you’d buy in a CVS or whatever. Readers have been sure to tell me that their chocolate comes in blocks from some company in Vermont or something, and that it is not the highest quality. All they do is melt it down and reshape it. That very well may be the case, but… I don’t care. I like Munson’s. 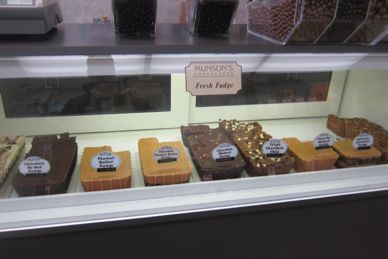