If you are reading these Hockanum River Trails south to north, you have already read the Pleasantview Marsh page. If you haven’t, it’s a fun one and you should. Better yet, start at the beginning with the HRT introduction and catch up. 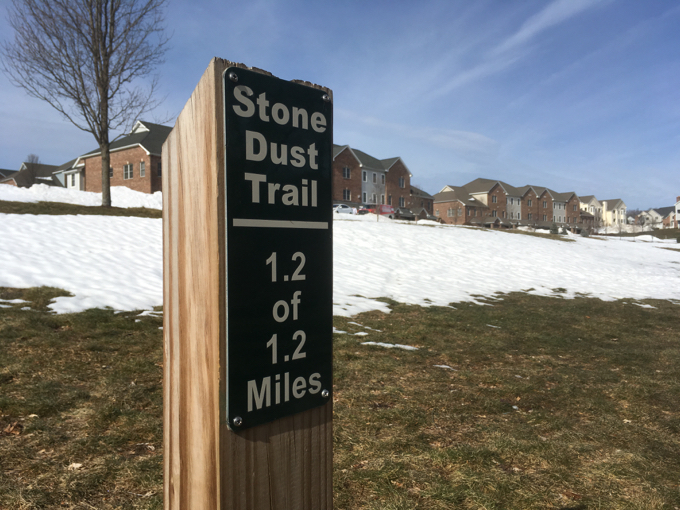 There is two-mile gap from the northernmost Hockanum River Trail in Manchester (which actually crosses into Vernon) to the southernmost trail in Vernon. Blame I-84, I guess… though interstate highways didn’t stop the trail down at Laurel Marsh in Manchester. 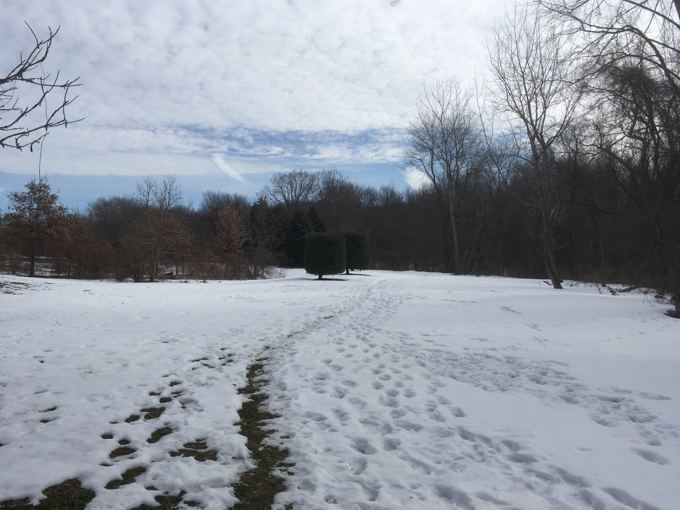 As it is, the tireless volunteers have cut a path from the cul-du-sac on Naek Road up to Hockanum Boulevard and named it the Dart Hill South (East) Trail. They claim it is half a mile long, but I’d be surprised if its half of that. 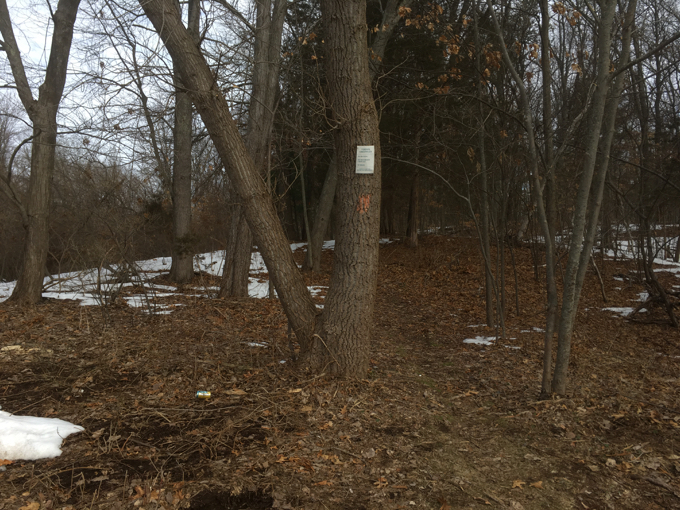 I parked, hopped out of my car, found the well-marked trail, and headed off north into the woods. 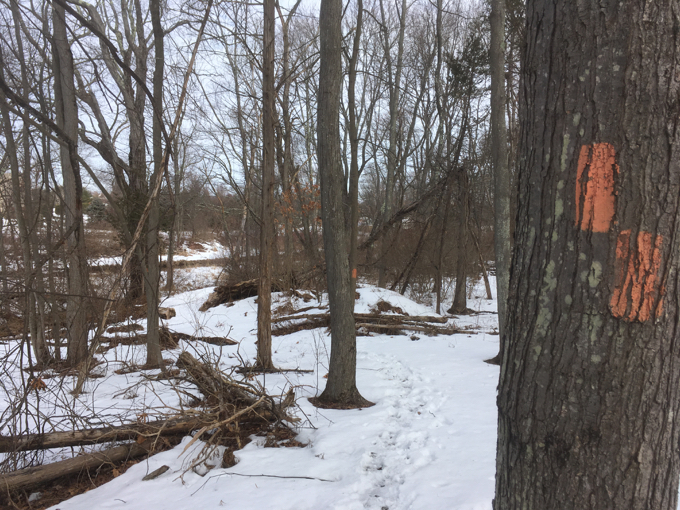 Within a minute, I could see the end at the road. The river was to my left and soon, the Vernon Transfer Station was to my right. (It’s well hidden.) 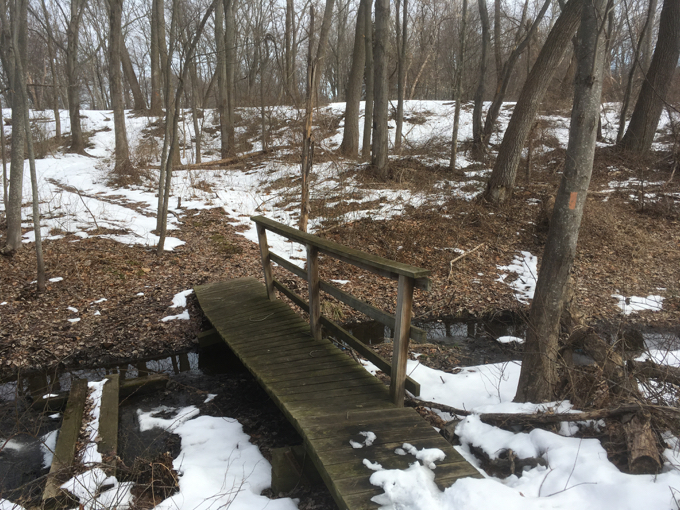 I crossed a bridge annnnnnnnd that was that. To be fair, the trail used to continue north here. I have no idea how far it went, but I’d guess it may have gone all the way up to Dart Hill Road. That would make sense considering the Dart Hill South (West) Trail runs that full length. 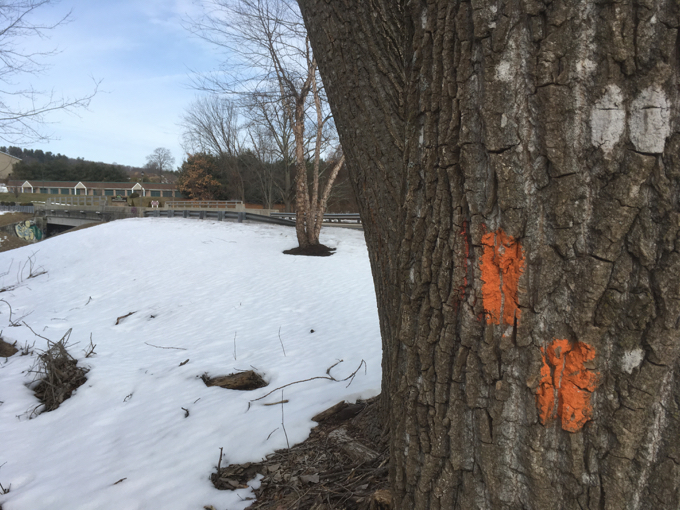 As you can see from my pictures, I tackled this mighty trail on two different days in two different seasons. I will continue tradition and present it south to north.

If curious, after completing the above nonsense trail, I did the out-and-back of the southernmost section of the Dart Hill Trail South (West). The path here is a stone dust trail that surely attracts all sorts of walkers during better weather. 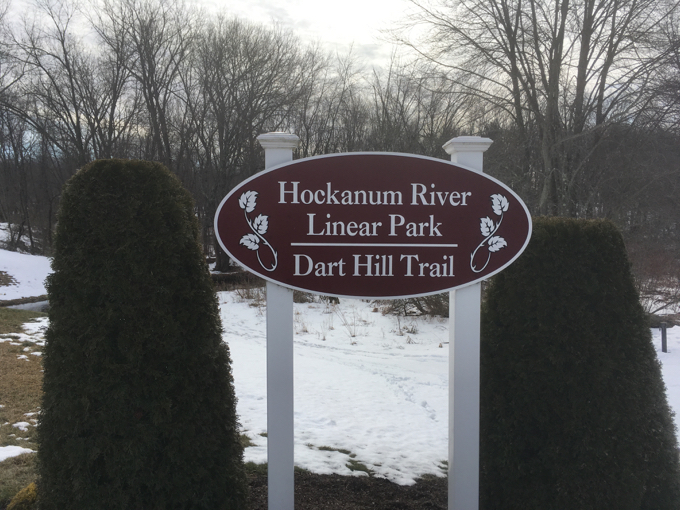 The trail here follows the Hockanum tradition of skirting the backlots of businesses and townhouses. Some solid attempts have been made to hide them with some evergreen plantings, and I appreciate that. No effort whatsoever has been made to clean up all the dog crap along this section, however. 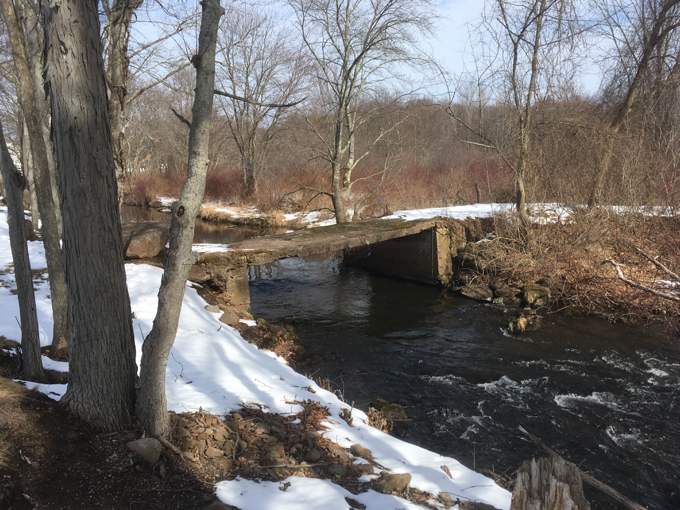 Near the southern end of the trail there is handsome sign explaining all about the Lyman Brothers Farm that used to be on the spot. It was a dairy farm and they therefore had cows. They milked the cows and delivered the fresh milk door to door around Vernon. It’s not the most exciting sign. 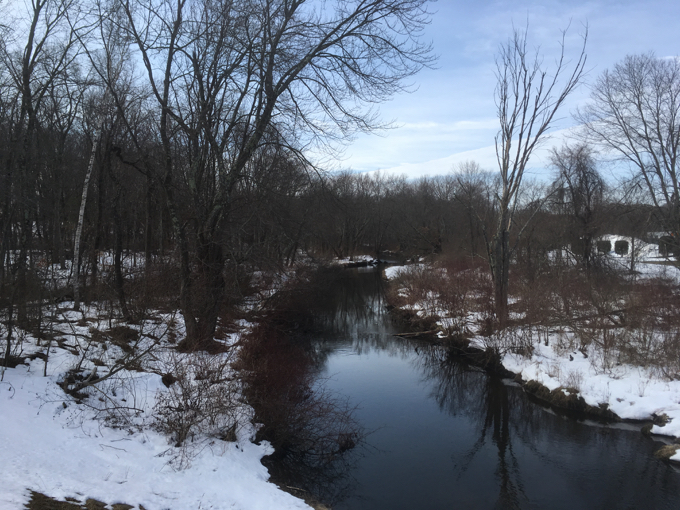 Picnic tables dot the walk and it’s all quite nice. Aside from the dog crap. Heading back north, the trail crosses Hockanum Boulevard and continues as a stone dust path all the way up to Dart Hill Park. 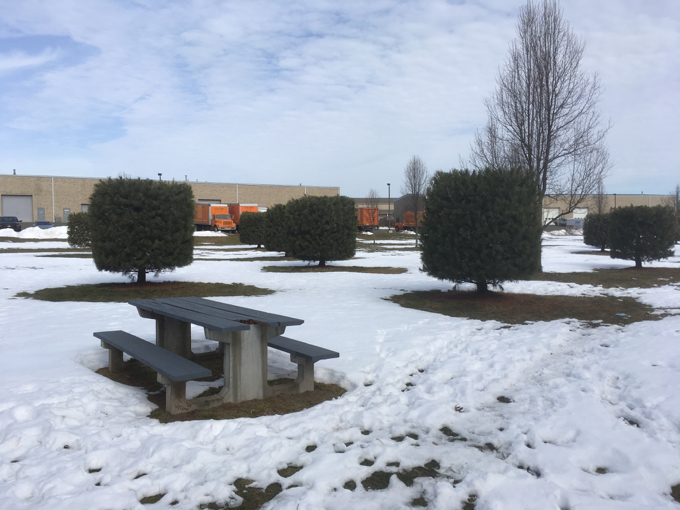 Seasons change. And I gained a hiking partner!

Damian and I tacked the rest of the Dart Hill Trail South (West) a few months later. We parked up at the Dart Hill Park lot and made our way south back down to Hockanum Boulevard.

The official Hockanum River Trail leaves the wide path several times and dips down to the river a few times along the way. 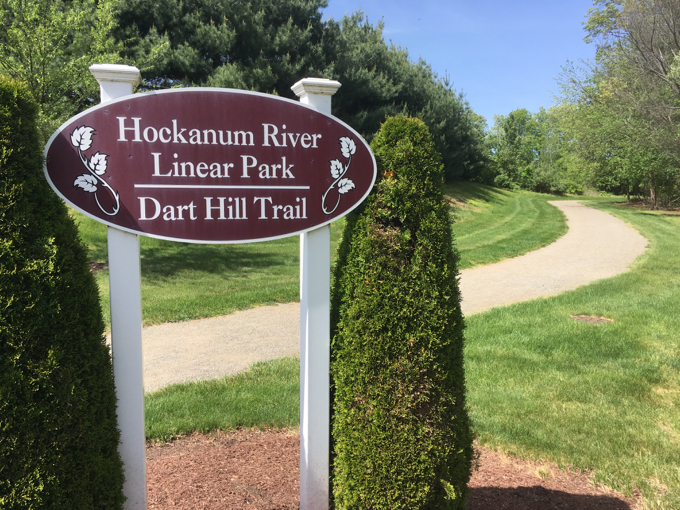 It’s like The Wizard of Oz when we crossed Hockanum Boulevard, everything turns to color!

The main feature of these forays into the woods is poison ivy. Lots and lots of poison ivy. This unfortunate fact of nature took away from my enjoyment, as I had to watch Damian like a hawk through these sections. 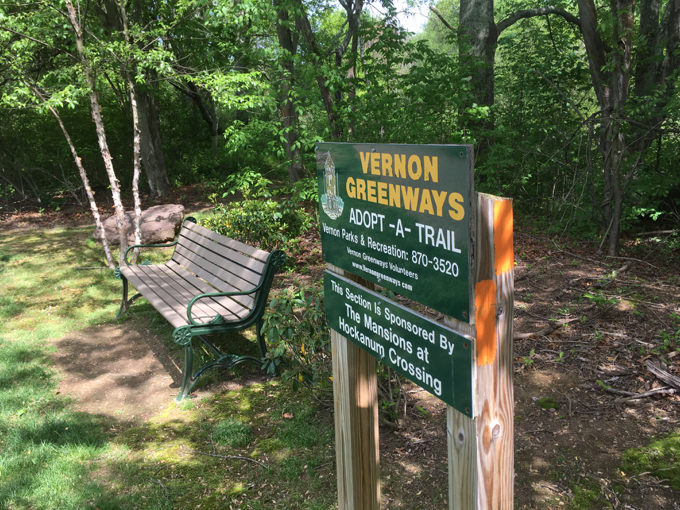 Damian easily get… let’s say… distracted. If a trail curves sharply and he’s ten-feet behind me, he’ll often just try to crash through the brush/woods as a sort of “shortest point between me and Papa” thing. 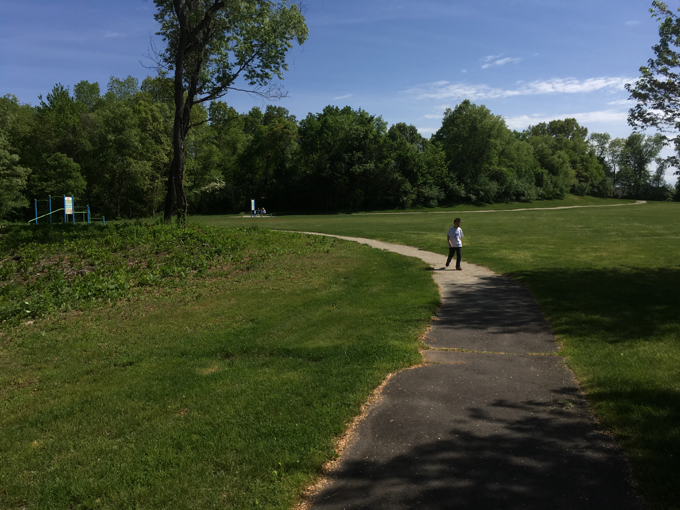 That would have been an itchy disaster, so I literally have to hold his hand at several points and forcefully guide him through the tunnels of blistery pus-bubbly death.

There were lots of ferns too, so that was nice. Damian likes ferns. 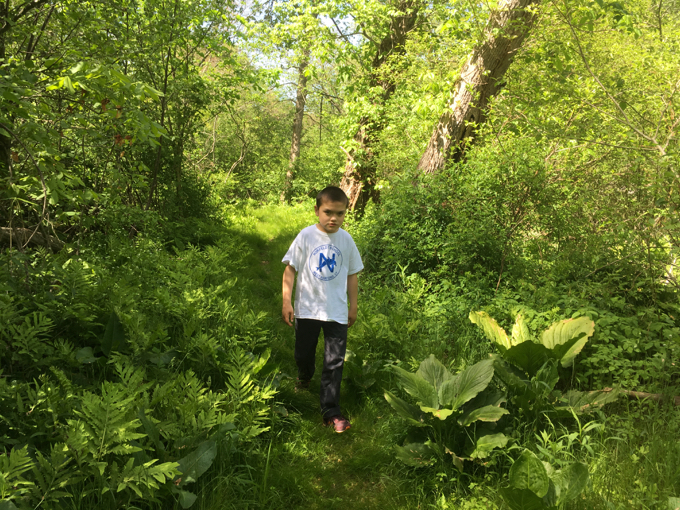 Back out on the flat, wide path, it is a much different experience. The hot sun beamed down on our heads as we passed fields of… corn? We agreed it was corn. Cyclists and joggers continually passed us (causing me to hold Damian’s hand every time for reasons non-special needs kid parents won’t understand) and the river was nowhere to be seen. 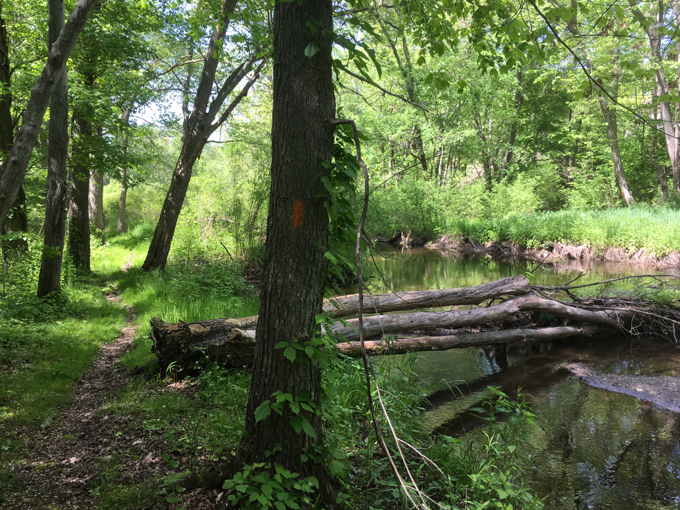 We explored nearly every nook and cranny of the network of trails, always trying to be sure we followed the orange blazes of the Hockanum River Trail. 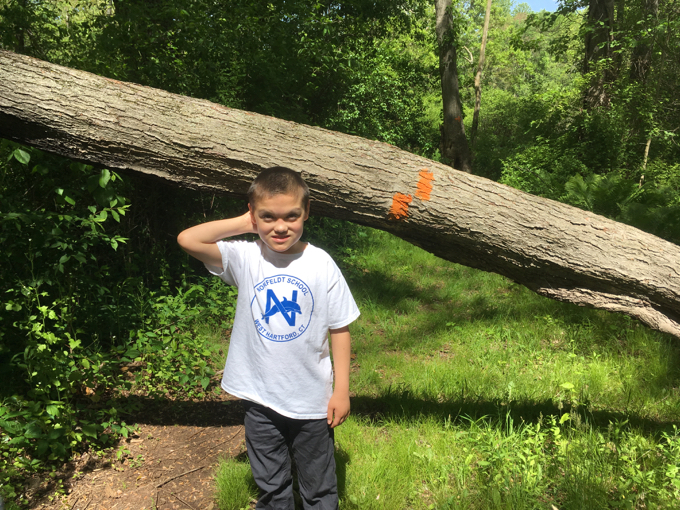 I get it. I get why they “need” to veer off the wide path whenever possible to take intrepid hikers back to the river. But at the same time, it all seems sort of silly to do so… I’m sure in winter, it is an entirely different experience. 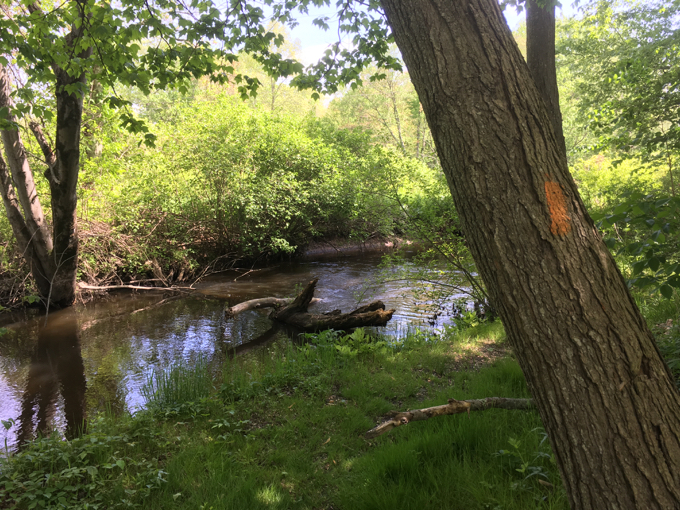 But man, it is so much work to keep these little jughandles down to the river clear year-round.

And once again, the volunteers that do so are to be commended, for the trail was clear and blazed well. (If Damian wasn’t with me, I’d have barely thought about the poison ivy… and train maintainers certainly can’t (and shouldn’t) be expected to clear trails for 11-year-olds with profound special needs! 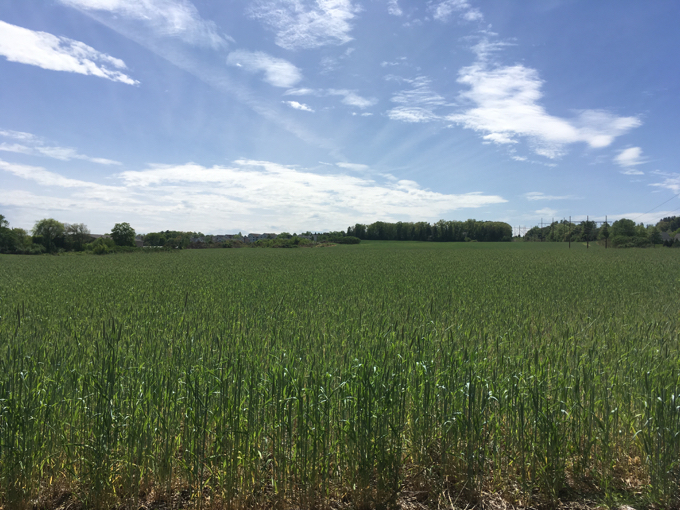 As we neared the town’s Dart Hill Park, we found ourselves bumbling around a few side trails here and there. The Hockanum River Trail proper rejoins the stone dust trail and continues north up to Dart Hill Road for a short road walk to the next section. 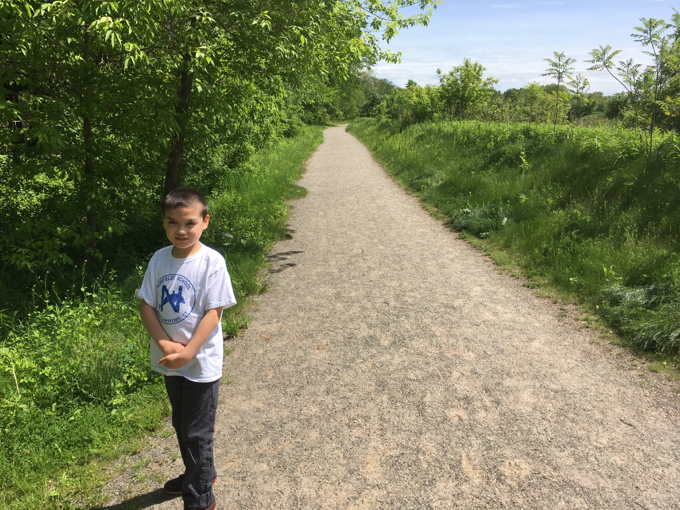 As for us, we walked through the bustling playgrounds, near the soccer field, and past the picnic groves back to the car. 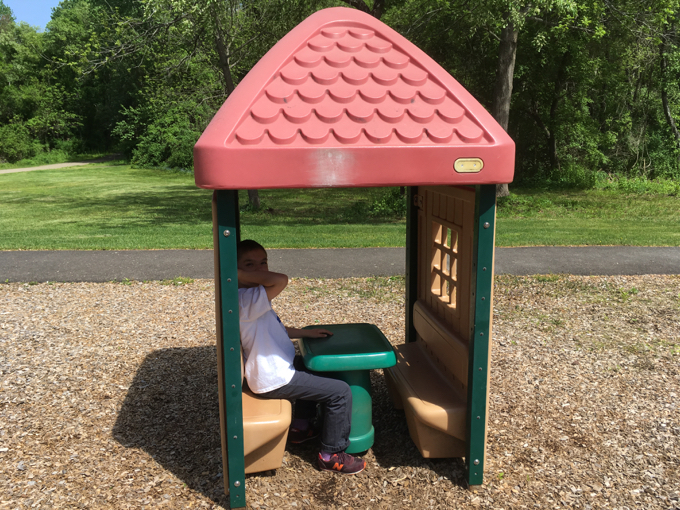 And with that, I’d finished two of the three Hockanum trails in Vernon. And it felt good. Especially since neither of us got any poison ivy! 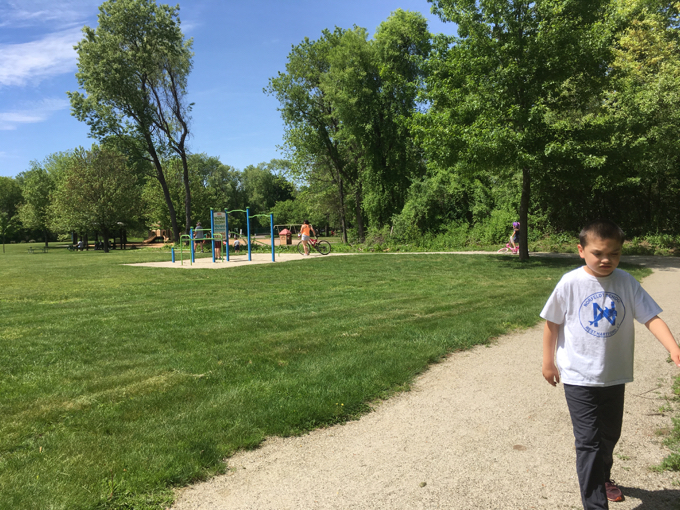