Genocidal Sociopaths
Empire of Pain: The Secret History of the Sackler Dynasty
By Patrick Radden Keefe

I don’t know how I decided I wanted to read this book. For one, I was able to without tears or breaking stuff. I’ve not been personally touched by any opioid addiction. Not in my family, and not by any close relations. At least that’s what I told some friends when they told me they simply couldn’t read this book. 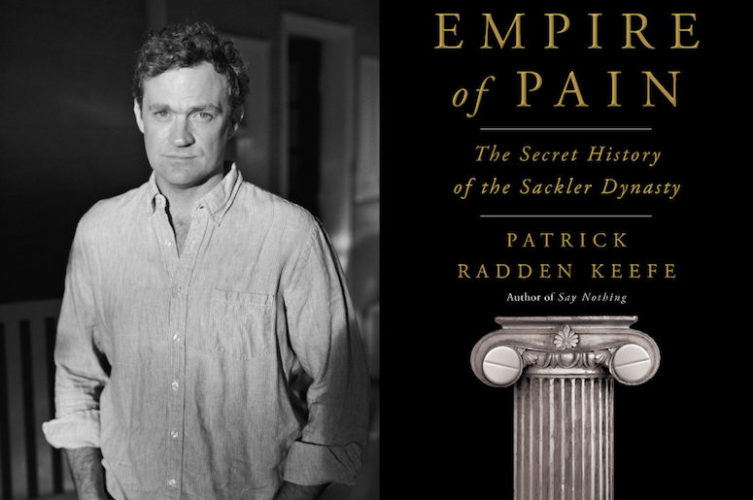 Then another friend, who said she wouldn’t be able to see the words on the pages due to blinding rage, sent me an article about an addict in my hometown who infamously robbed the same bank twice in two weeks using his vanity plated SUV. This guy was her neighbor and they were friends with the family, and – oh yeah. I know him. In fact, I’d gone on a trip to Martha’s Vineyard with him and some others in 2000 or so. I’d been to his house 20 year ago.

Opioid addiction affects all of us in some way. And this weighty, well-researched book will absolutely make you seethe with rage. There’s no need for me to get into the weeds with it. In short, the Sackler family made billions from creating, marketing, promoting, lying about, and selling mountains of OxyContin.

The first third of the book is about the rise of the family – and how one Sack of shi – errr – Sackler more or less invented prescription drug pushing. That drug was Valium and it hooked millions of housewives.

The family owned and ran Purdue Pharma who developed MS Contin in the 1980’s, played games with its patent, and then unleashed OxyContin on the world in the 1990’s. Why am I writing about this on CTMQ as a “Connecticut book?” Because Purdue has been headquartered in Stamford for decades. The Sackler clan largely lives in Greenwich estates and compounds. Their absurd wealth only fits in Greenwich, really. Their level of crass greed doesn’t raise eyebrows down there.

Typical night out in Darien

Oxy is responsible for countless deaths. Purdue sold it on the lie that it wasn’t addictive. That one pill provided pain relief for 12 hours. That users could quit at any time. That no one would ever crush, snort, or inject the pure opioids in the pills. That no one would move to heroin once their supply of “legal” pills was shut off. That counties in Appalachia were writing more Oxy prescriptions than there were residents.

The story is awful. They rewarded sales reps for overselling the highly addictive drug. They knew about, yet allowed pill mills to operate. They creating Oxy pills with enough of an opiate payload to kill a normal person. They gave away free Oxy for the first month to hook people. To this day, the Sacklers have never shown remorse. The government let them off with a phony bankruptcy claim so the family could secret their billions away. Urgh… there are so many things to loathe about the Sacklers; so much so that their famous philanthropy supporting the arts doesn’t even matter in the end – and it’s great their name has been stripped from almost everywhere.

I hate everything about this book, but it’s a necessary book. Author Patrick Radden Keefe gets a bit in the weeds of the family history, but even that was interesting. Keefe’s research and focus for this book is impressive. This book isn’t “addict-gawking” at all. In fact, there is almost nothing in the book about “typical addicts.” (If you want that, there’s plenty out there but the documentary “Oxyana” will fulfill all your “Appalachian hillbilly addict” needs. My god, the Sacklers murdered entire towns in the US.)

This book will raise your blood pressure and make you angry. But I thank Patrick Radden Keefe for writing it – this middle finger isn’t for the book, it’s for Purdue Pharma and the Sacklers. May they rot in hell. 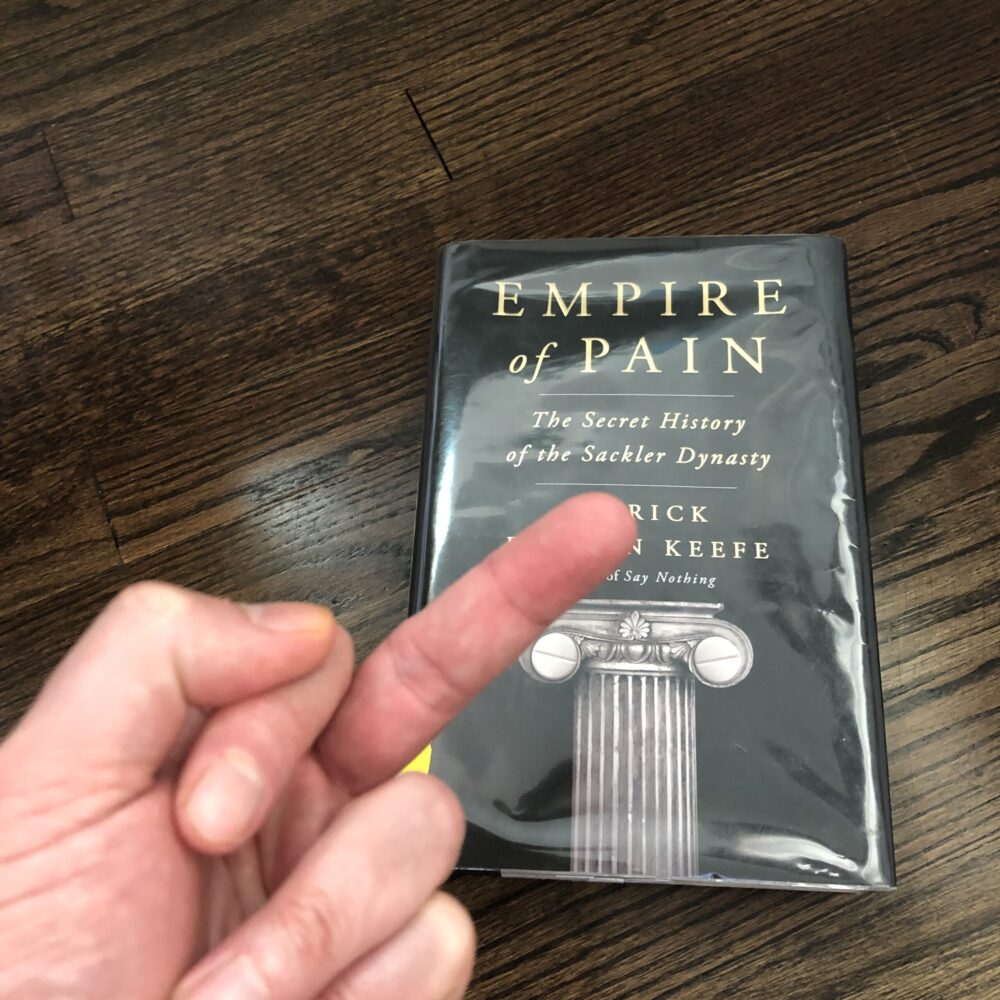