Pinning it Down
Nobody’s Fool: The Life and Times of Schlitzie The Pinhead
By Bill Griffith

Full disclosure: I’m not much of a Zippy fan. I know, I know, this is blasphemy for someone like me who can be a bit obsessed with all thing Connecticut. After all, in Bill Griffith’s long running Zippy the Pinhead comic strip, state landmarks feature prominently. From diners to creepy dystopian churches, Griffith gives the world pieces of his home state that they likely have no idea are real.

And I do appreciate that. 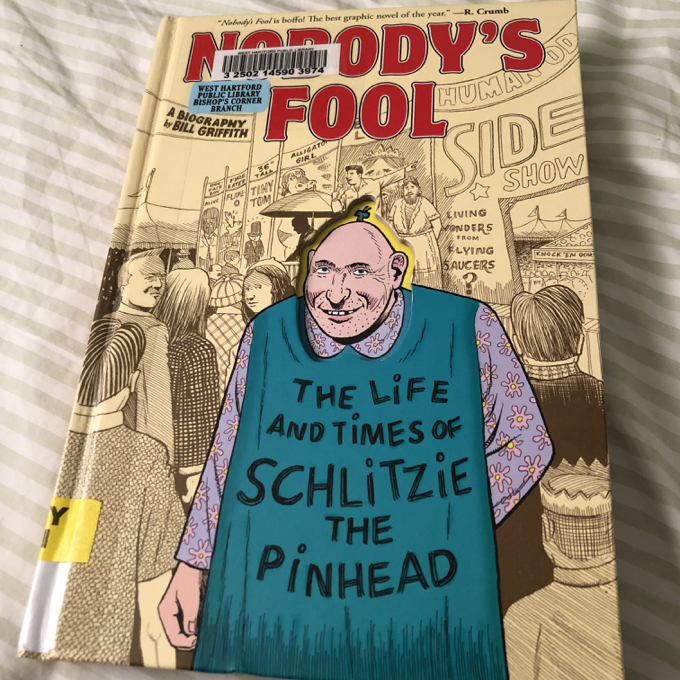 So I set out to learn the story of Mr. Griffith and his most famous creation through his very meta book, Nobody’s Fool.

Born in New York, practiced in San Francisco, Griffith has settled in East Haddam with his wife. Since he lives in Connecticut and includes Connecticut places in his strip, I’m calling this book a Connecticut book. Moreover, I was sort of fascinated with how a strip featuring a disabled man with an insulting moniker became an acceptable thing.

Nobody’s Fool tells the life story of Schlitzie, the microcephalic sideshow performer who inspired Griffith’s iconic cartoon character Zippy the Pinhead. Through Griffith’s lens and dive into history, we learn about the seamy world of sideshows and traveling freak shows of the 20th century.

It all began when Griffith saw Tod Browning’s 1932 movie Freaks, which was set in a circus sideshow. Schlitzie was one of a number of actual sideshow performers who appeared in the film, and Griffith was intrigued. Years later, he used Schlitzie’s film moment as the starting point for Zippy, who became the star of Griffith’s underground comics and daily syndicated strip.

To be clear, Griffith treats the real Schlitzie with empathy in the book. One assumes his Zippy character gets over on typical humans as well (I don’t really know). He was, however, born to Jewish immigrants in 1901, and any historical record of him that may have existed is long gone. 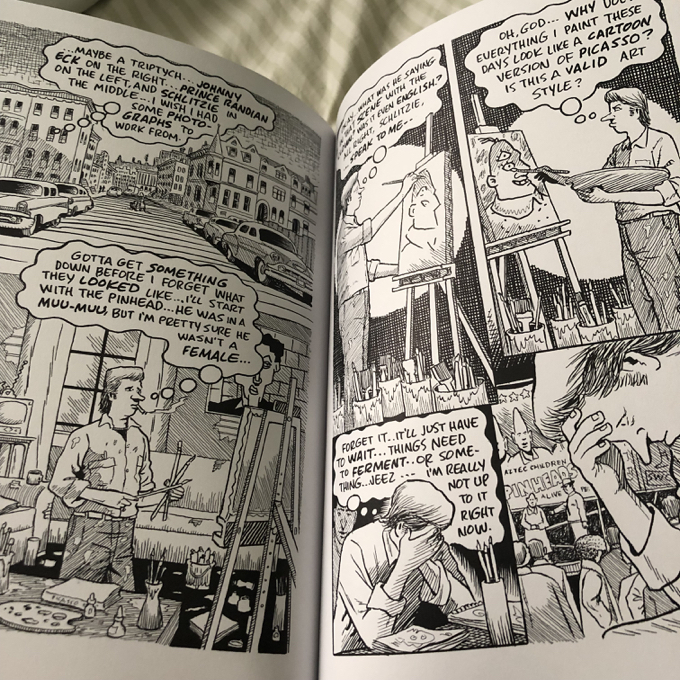 So Griffith used Freaks as a sort of starting point, as well as discussions with two men who worked with Schlitzie. He reconstructed his life, drawing (literally!) a sympathetic character who, while taken from his family and exploited around the country for decades, found family within the sideshow circuit.

Schlitzie had an obsession with middle-aged women, which one is led to assume was due to his being taken away from his mother. He loved fried chicken and had a habit of barking out non-sequiturs that popped into his brain. He liked music – hey, you know what? As the father of a severely disabled child, this all sounds a bit too familiar.

There’s a bit in the book where young men throw cigarettes and yell epithets at Schlitzie. While surely that happened on the regular, it was still painful to read as someone with my situation. I found myself surprised at the level of emotion I felt from a comic novel about a guy in a muu-muu with a mysterious history. 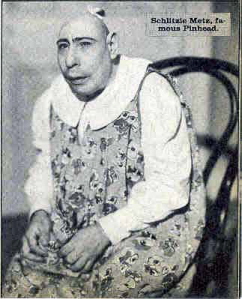 Schlitzie was one of the top 10 money draws in the sideshow for 30 years, but this is really the only record of his life – aside from his appearance in Freaks I suppose. I learned a bit about how Mr. Griffith was drawn to Schlitzie and how that informed his Zippy character. I haven’t begun reading Zippy since completing this book, but at least I know a bit more about it.

And now that I’ve written all of this, I’m thinking that this isn’t really a Connecticut book at all. But I’ve written it, and I’m not going to delete it.