The pandemic has been wild. We’ve all done things we never thought we’d do… going a week without a shower, eating ice cream for breakfast, learning what Minecraft actually is… and reading a prison memoir from a “Real Housewife of New Jersey.” Or her ghostwriter. Sigh… stupid pandemic. 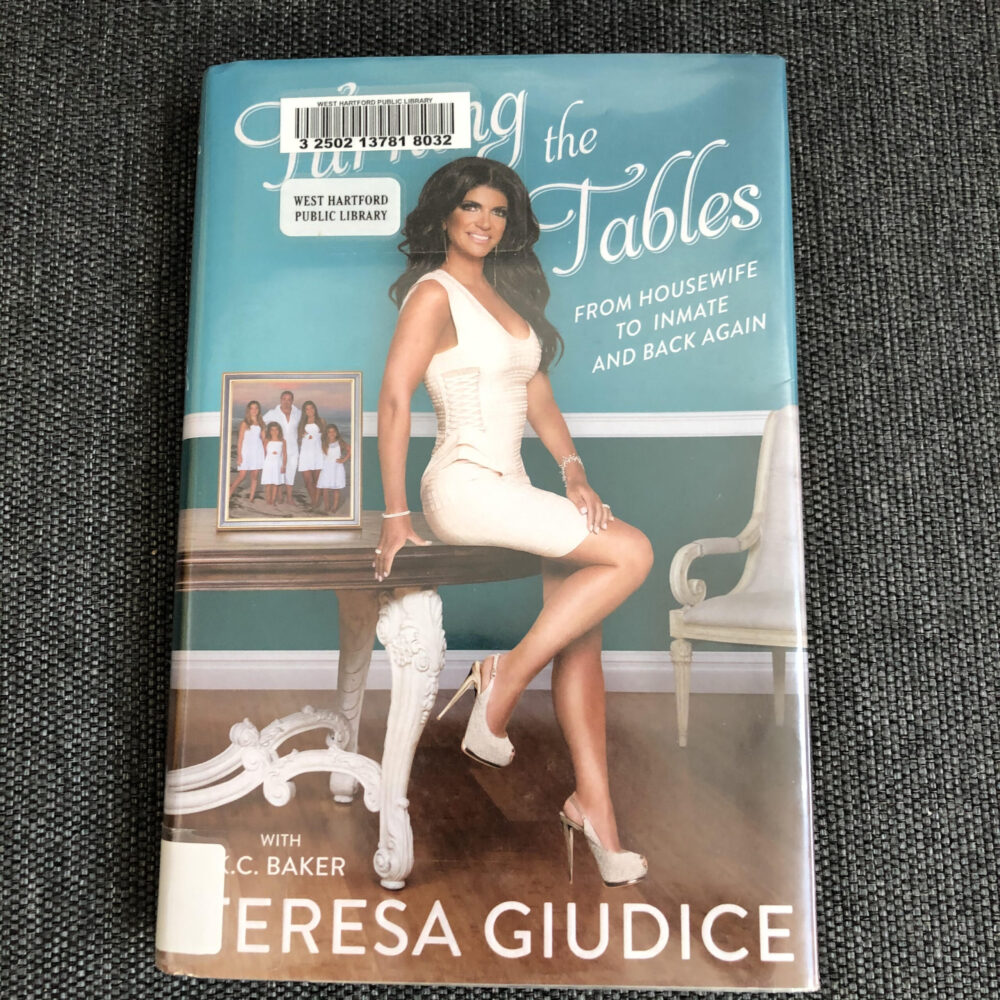 I am actually sort of looking forward to reading Orange is the New Black someday, but when I was learning a bit about that book, this one got on my Connecticut book radar. Both books feature Danbury’s Federal Corrections Institution, which is its official name.

Yes, Giudice’s book is terrible. We all knew that before one of us (me) read it. But you know what? Since finishing it, I’ve learned a lot about the Danbury minimum security prison and the Giudice’s. 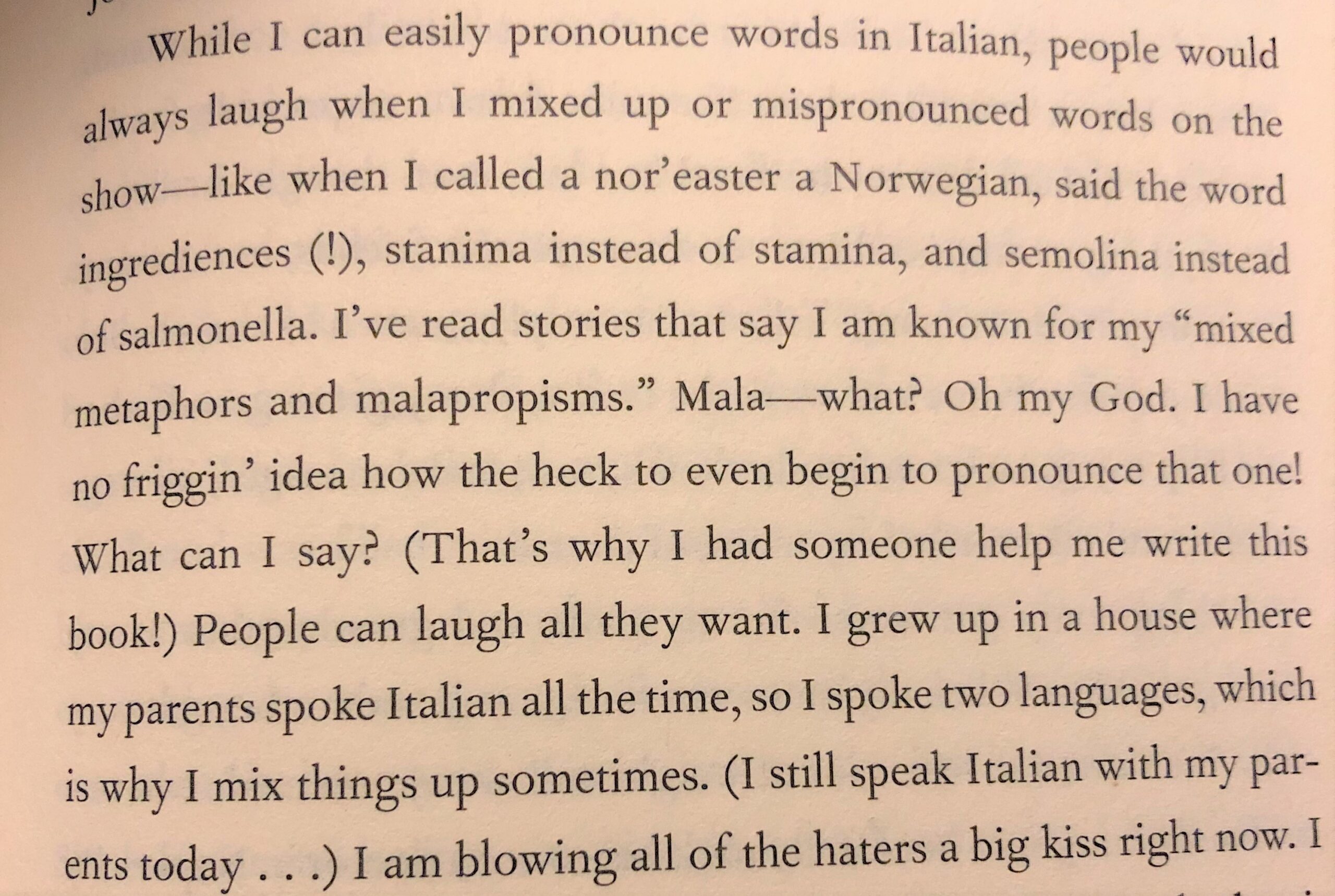 True story: My wife wasn’t born in the US and her parents didn’t speak English growing up and their conversations are still not in English and… she’s not an idiot.

I am not a Bravo watcher, but I have seen some of the first or second seasons of RHONJ. I did remember Teresa from the show at least. The first third of the book is about her upbringing, her awesomeness, her Italianess, her four daughters, and her rise to unexpected fame through the television show. I had no idea who any of the people from that show that she was writing about were, and I don’t care a whit about how good her heart truly is, so I’ll admit to skimming sections these sections.

True story: If you happen to be reading this because you are a Giudice or Real Housewives superfan, I used to write for a site in the early-to-mid 2000’s that was founded by one of the two guys who do the “Watch What Crappens” podcast and live shows. I know, right? Crazy, but yes, Ben Mandelker is a friend of mine. Ben is brilliant and hilarious and… it’s a shame that I don’t understand anything he’s talking about anymore.

Back to the book. Teresa not only did nothing illegal, she makes the point multiple times in the book that she didn’t understand why she was in prison. She is not a criminal, and she doesn’t belong there. Oh, and she’s Italian in case you forgot.

Because you are also a convicted criminal.

So I looked it up. In a surprising twist, it turns out that she is actually a convicted criminal and she did belong in prison. With her husband Joe, they were convicted a dozens of counts of all sorts of financial fraud and malfeasance. Does a dopey mother of four deserve a year in prison for being half a white collar crime duo? I don’t know. Her husband was sentenced to a longer prison term AND deportation to Italy.

I looked him up too. He was deported and as of today, December 2020, he is in Italy and Teresa divorced him and everything I read in the book about “Juicy Joe” turned out to … oh who cares.

The prison is dirty and gross and there are “real” criminals there (unlike our fair innocent early rising Italian maiden) but Teresa is a “tough cookie” so she gains some status and is super nice and motherly and breaks up fights and makes the prison world a better place. Oh, and God figures in somehow too… I think God sent her to prison to grant her patience so she stops flipping tables at Real Housewives parties or something.

She talks about all of the lesbian shenanigans behind bars in Danbury. Apparently there is a lot of that going on. A few gossipy arguments. Lots of yoga and television watching and walks around the track. Lots of complaints about the food. Lots of missing her daughters and husband. Lots of of reminders that she’s not a criminal and she did nothing wrong… in addition to being Italian.

The book barely touches on her crimes or trial at all. There is no mea culpa and no explanation as to why she and her husband were convicted and sentenced. There wasn’t a single interesting story from prison. I had one reaction to one paragraph once (regarding a distinct lack of hygiene from one of her cellmates’ lesbian paramours) and that was it.

She makes friends with almost everyone, including a woman named Koolaidria. Which is awesome. She talks about how wonderful pre-politician Donald Trump is. She survives her sentence relatively unscathed and worked out a lot and can’t wait to see her family and the book ends. 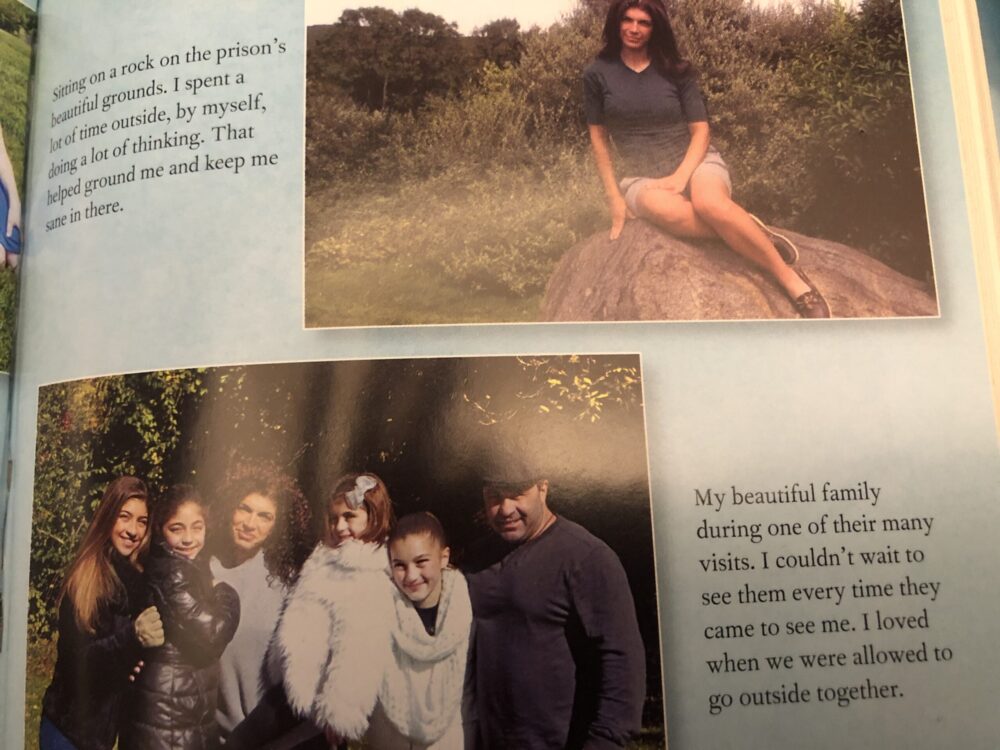 As for Danbury itself, Teresa notes that it is in a lovely setting; the rolling hills of upper Fairfield County are beautiful in the fall and peaceful in the snow. Why did I read this book again? Why did I think it would have much to do with actual Connecticut? Why did I sully my good name with the lovely West Hartford Library staff who see everything I check out during the pandemic?

Hey, at least I didn’t listen to the audiobook version. Apparently it’s. Read. By Teresa Giudice. Herself. And. She. Reads. Like. This. (In a really annoying New Jersey accent.)

Alright, I’m done. I survived my wife making fun of me, the library workers surely doing the same, and addling my brain for a few hours. This book is not a good book. 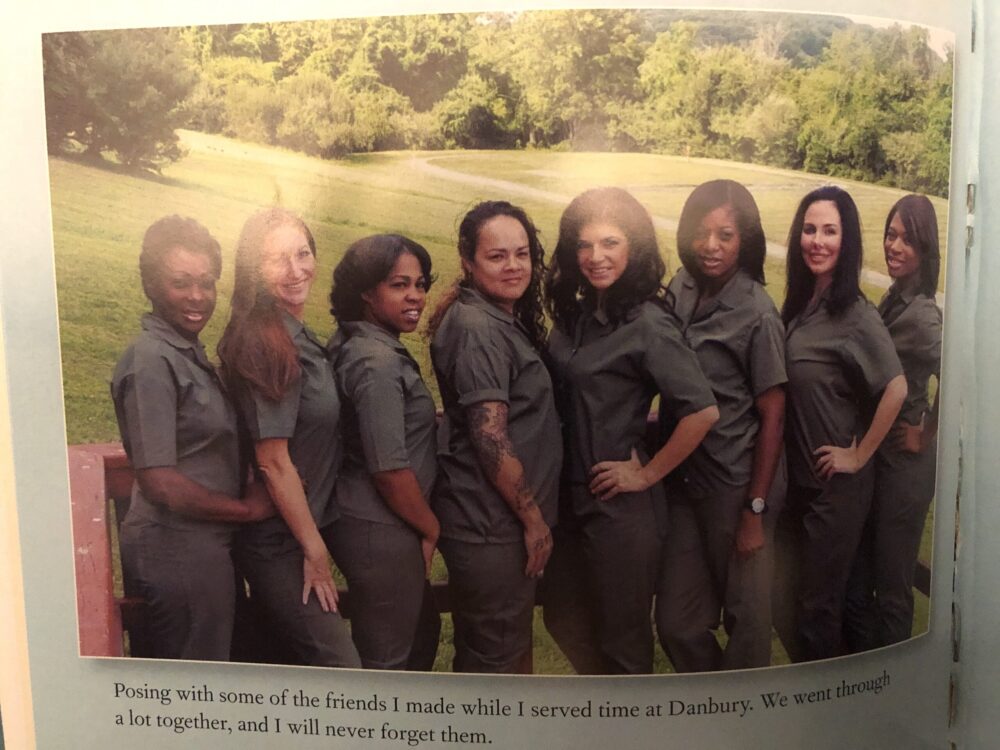