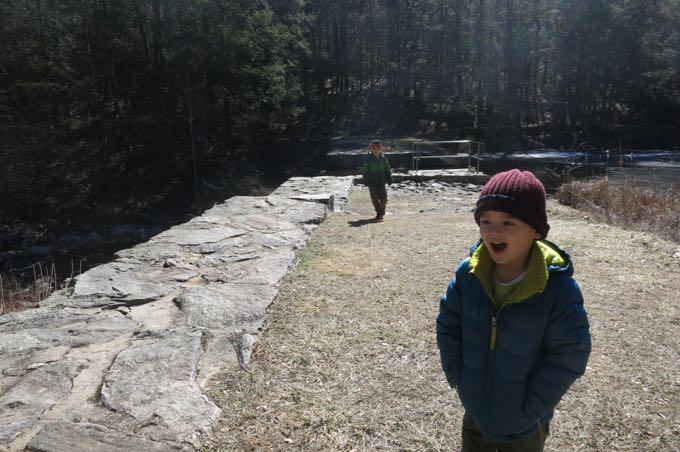 Burr Pond was created in 1851 when Milo Burr dammed several streams to create a source for power generation. The waterpower was used to operate a tannery and three sawmills. One of Burr’s industrial buildings was used from 1857 to 1861 by Gail Borden as his first commercially successful condensed milk factory. That’s rad. So are the trails and pond here… let’s hike.