I am good friends with several cops. Only one is a state policeman, and he’s in Maryland. And actually, although I went to his (first) wedding and lived with him for a spell, we haven’t spoken in well over a decade. Shout out to Tags. 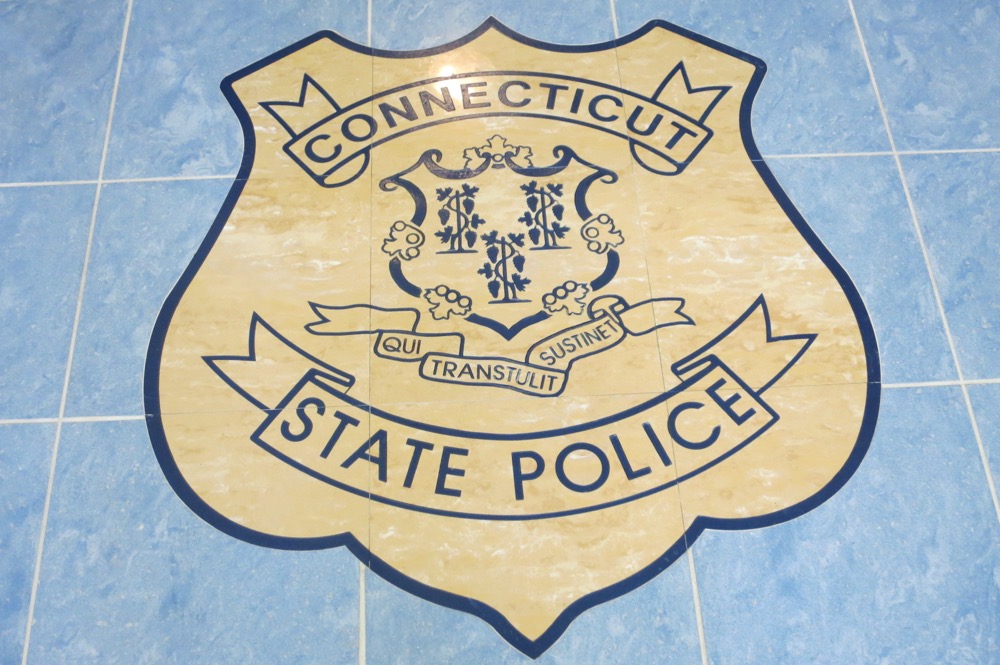 The others are various Connecticut and Delaware town and city cops. They’re all good dudes. The one guy who was a cop that wasn’t such a good dude has passed away. I went to his (first) wedding too, now that I think about it. And I went to KO’s and Dave’s (first) too – both still active Connecticut (town) cops. Huh. I’ve never thought about this before now. It’s not like I’ve been to a million weddings, but I’ve been to four that became policemen and would have gone to a fifth since he married my BFF (in his second marriage), but they eloped.

Yes, four of the five have been divorced. Being a cop ain’t easy.

I’ve only been to one police museum though – this one. There are over half a dozen fire museums in our small state – but only one police museum. (There used to be one on Ann Street in Hartford, but that’s long, long gone.) 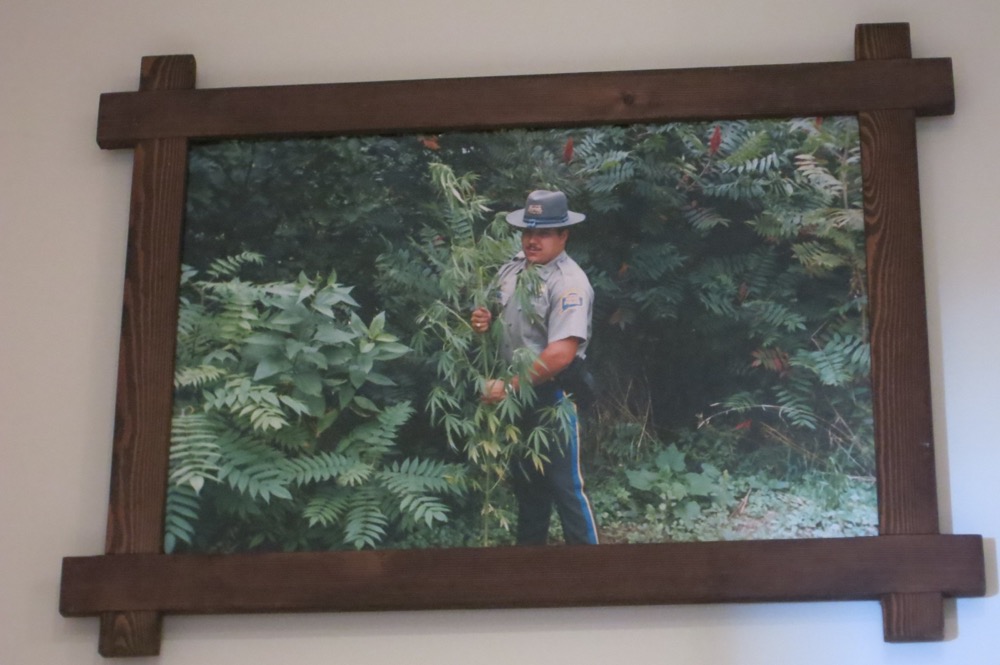 The museum is a relatively new one and contains an extensive collection of, well, of Connecticut State Police artifacts. It is located on what were the grounds of the Meriden School for Boys and what is now part of the State Police Mulcahy Complex. Despite the state police being who they are and getting paid how they get paid… the museum was created with donations from members and friends and no tax dollars were spent in its creation. The tour guides and preservation staff are all volunteers.

I learned that the formation of the state police was borne out of corruption of local law enforcement. Hm. Ain’t that somethin’. Turns out that the public had been complaining that local sheriffs (etc.) were not enforcing the laws justly or fairly. I just can’t imagine that happening. But that was in the early 1900’s. Can’t be happening today, thank goodness. 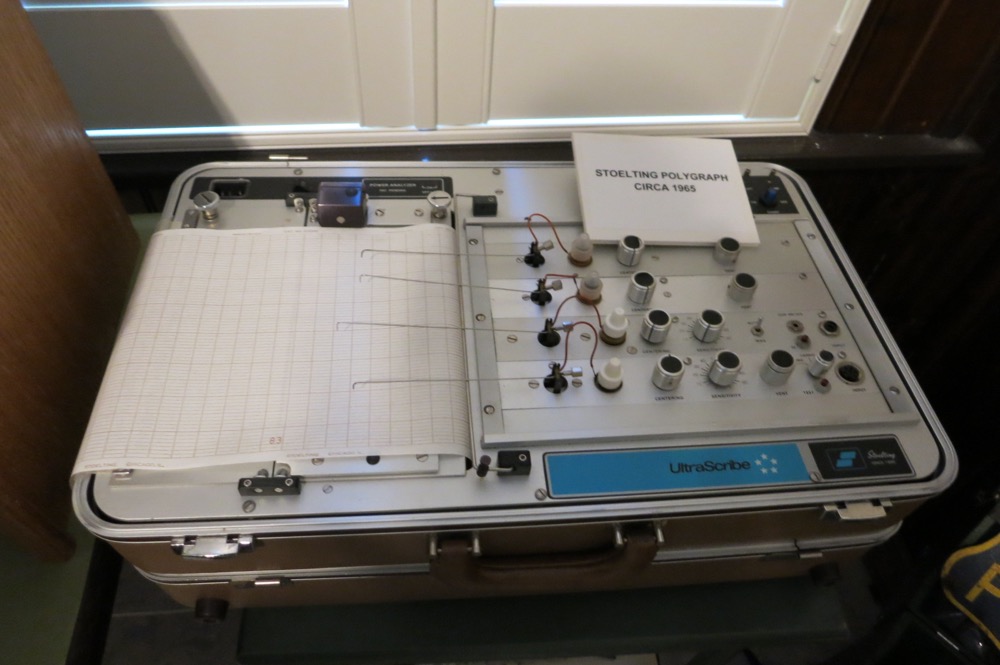 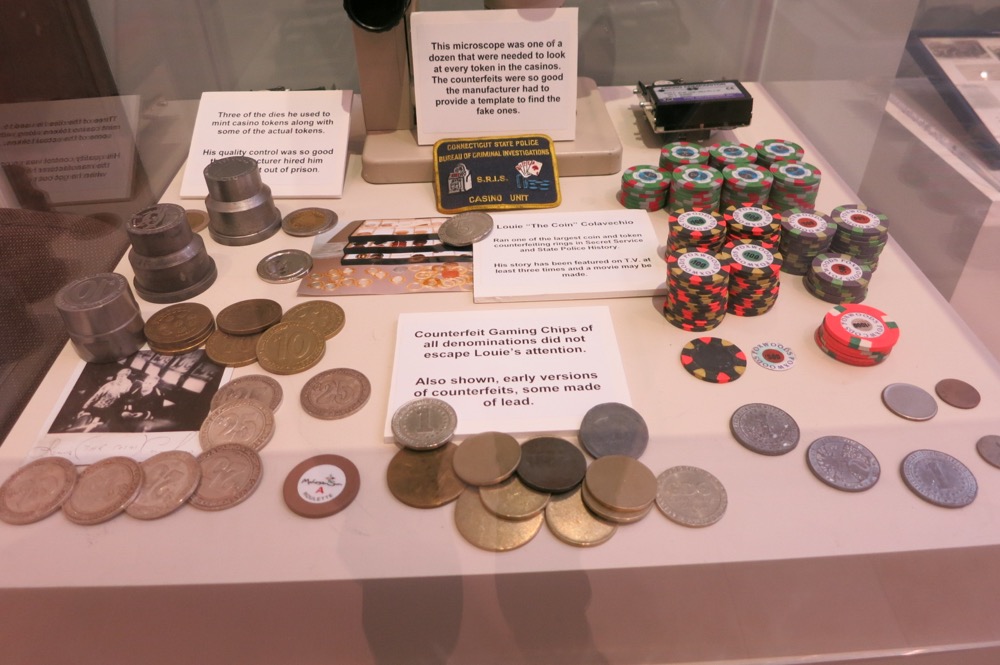 It was then that Governor Abiram Chamberlain signed a bill which authorized the creation of the Connecticut State Police. Five state police commissioners were appointed to lay the groundwork for the first state police department. The first five officers were chosen and pretty much all they cared about was to enforce laws pertaining to vice – booze and gambling. 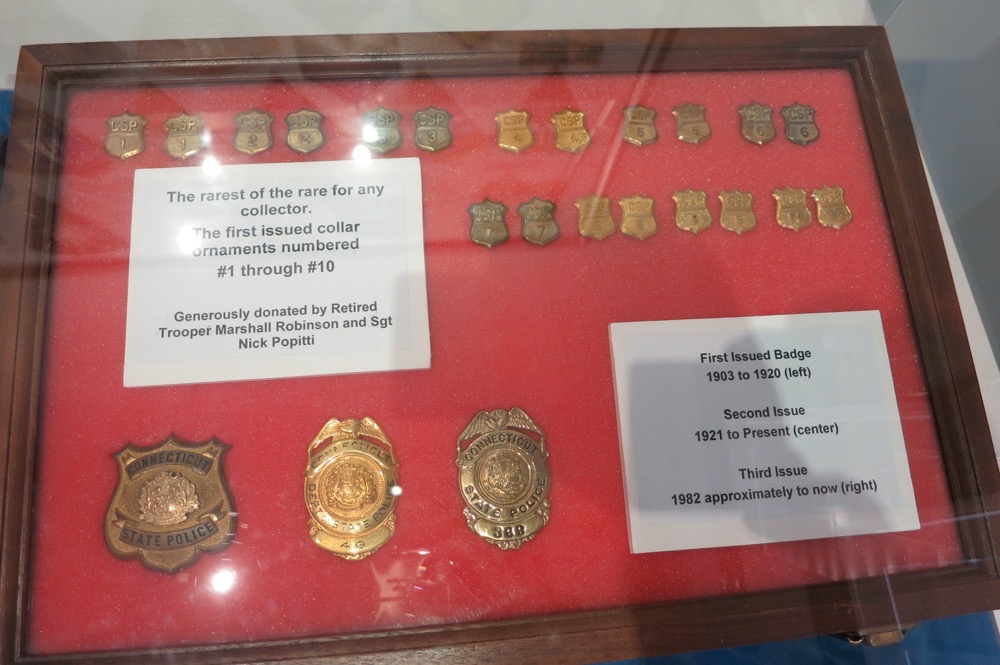 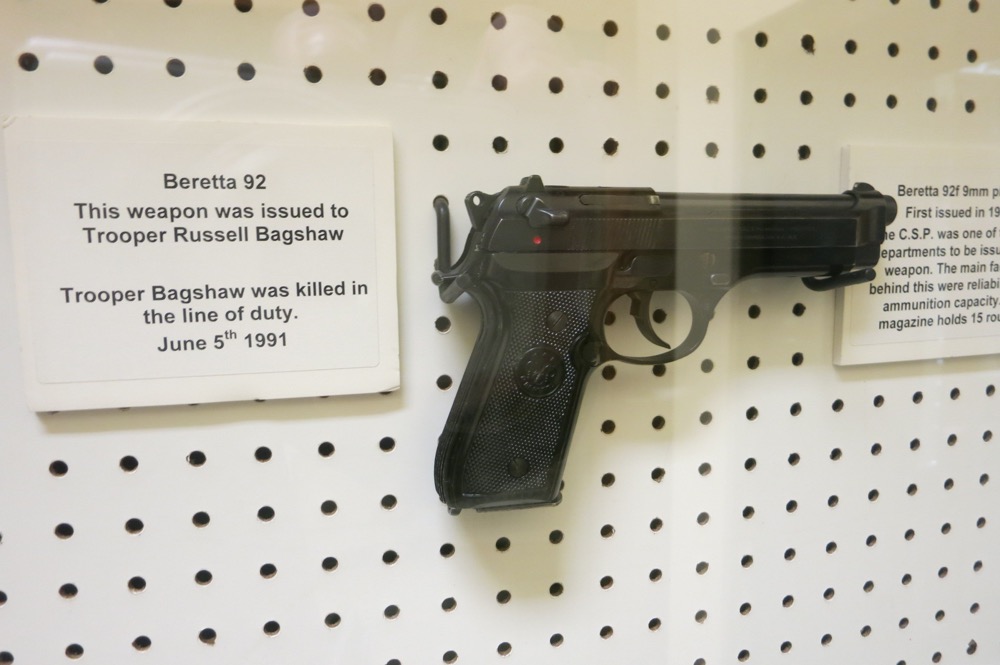 Of course the force grew over the next few decades and their duties expanded. I was fascinated to learn that the weigh stations along the highways were around a hundred years ago to control overweight vehicles. That was probably the most surprising thing I learned here and I don’t know why.

There’s an exhibit of the uniform changes over the years – it was actually never too goofy. There’s also, of course, the service weapons over the years – officers today carry a Sig Sauer 9mm if you’re curious. 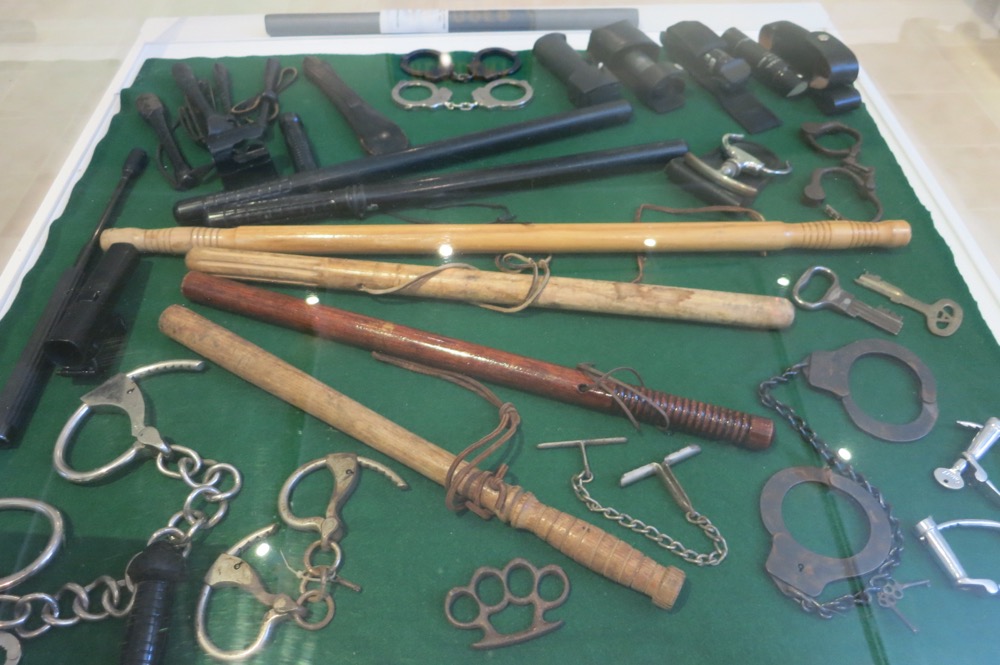 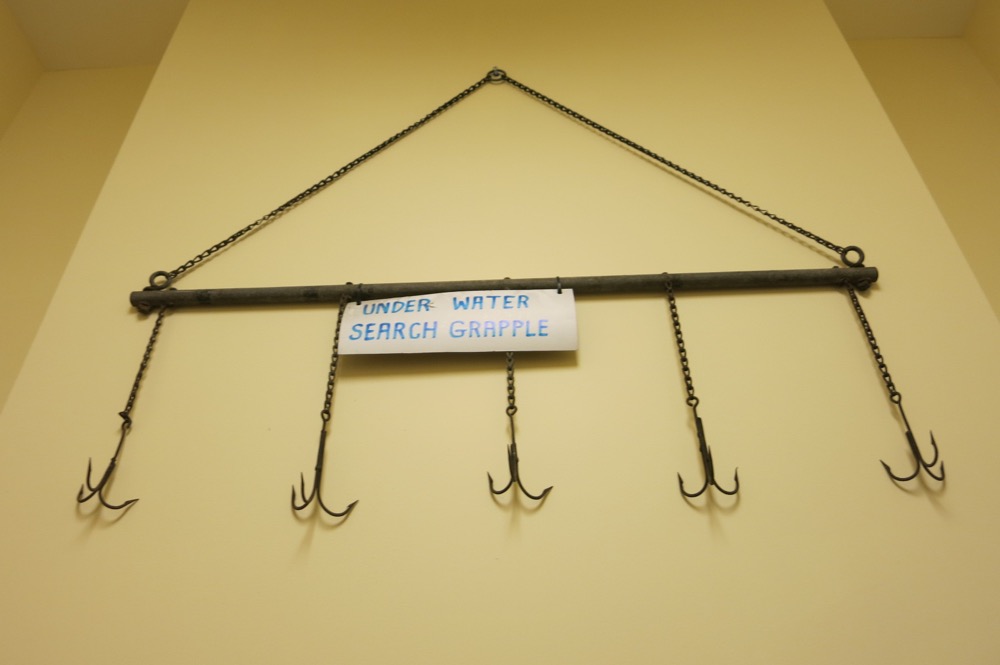 Back in the 1940’s, Edward Hickey became the State Police Commissioner and he revolutionized not only Connecticut’s force, but created the template for others to follow.

He established the country’s first state police FM three-way mobile communications network, increased the strength of the department, created an in-house newsletter, embarked on a public relations campaign and used clearly-marked cruisers to remind motorists of police presence. He divided state areas into divisions which encompassed 11 stations, and established six advanced and specialized units. He had the uniform redesigned and updated the Bureau of Identification, the forerunner of the present-day, state of the art Forensics Lab. 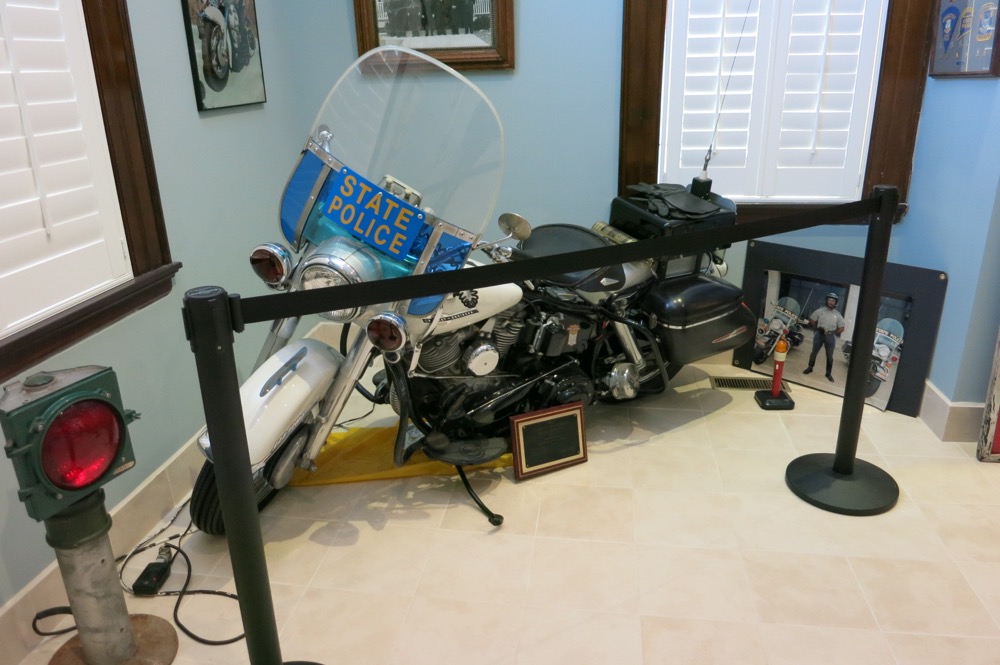 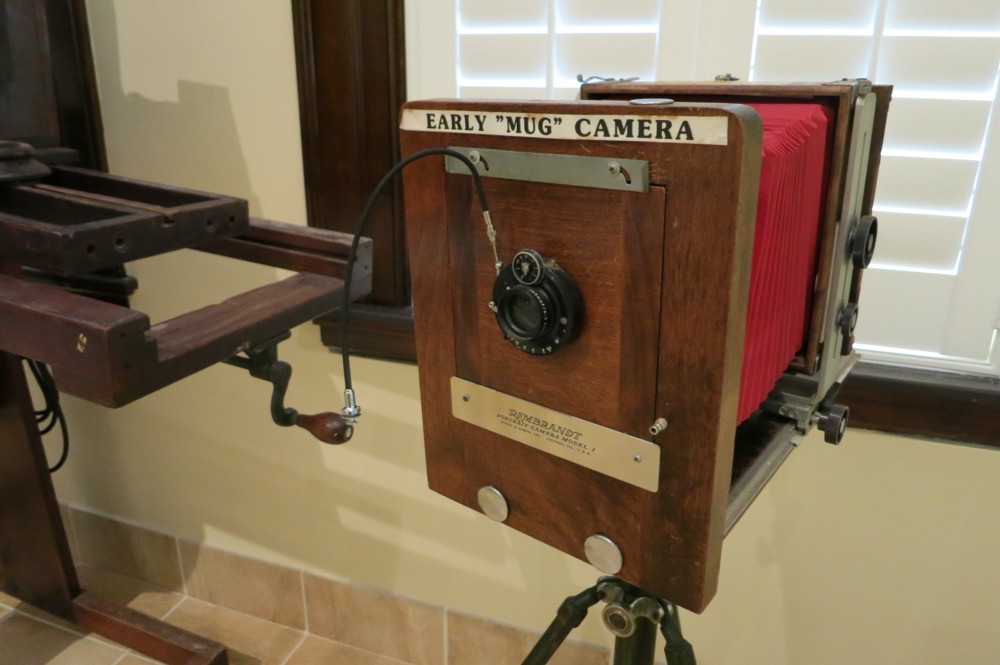 An auxiliary program, training academy, gun-owner registrations, resident state police officers, state policewomen, and the nation’s first motor vehicle radar detection system in 1946 were other Hickey innovations during his 14-year reign. He is revered among the copper set.

This is one of those museums that seems like it will continue to grow and improve with each passing year. Its organization and descriptive signage is impressive for a volunteer effort. The collection of artifacts is comprehensive and the historic storyboarding of a few events over the past century is well done. 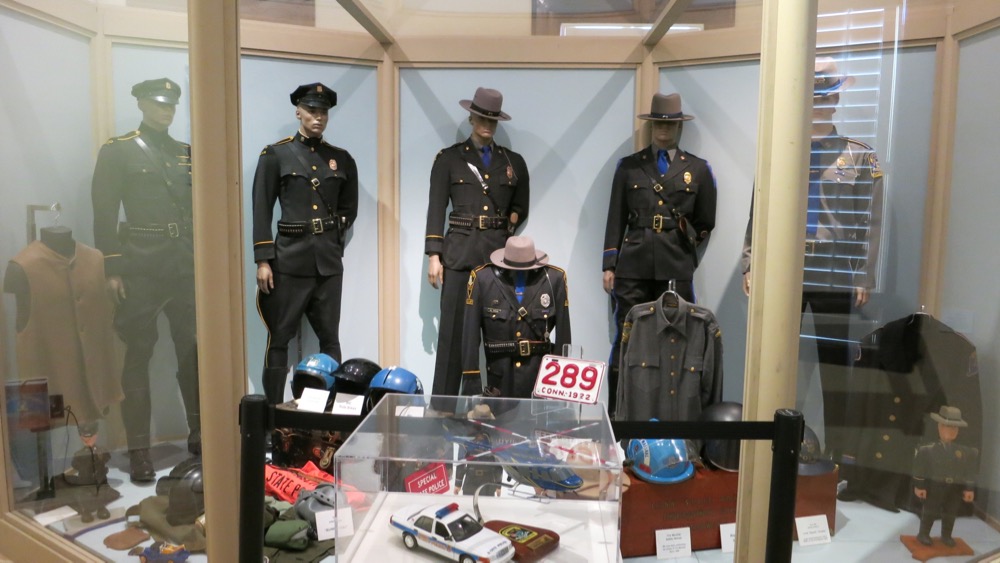 During my visit, a weird fear-mongering video was on loop. I can’t quite explain what it was all about, but it featured lots of screaming and screeching. Damian rather enjoyed it, I must say. Speaking of Damian, this isn’t really a museum that little kids will enjoy – even if your little kid is into policemen and women.

The purpose here is to provide a sober and historic review of an important part of our government. It’s history and civics lesson – with an entire wall and room dedicated to the members of the force who have been killed in duty. Which, as I write this, added another one just the other day in the 2021 Tropical Storm Ida floods. 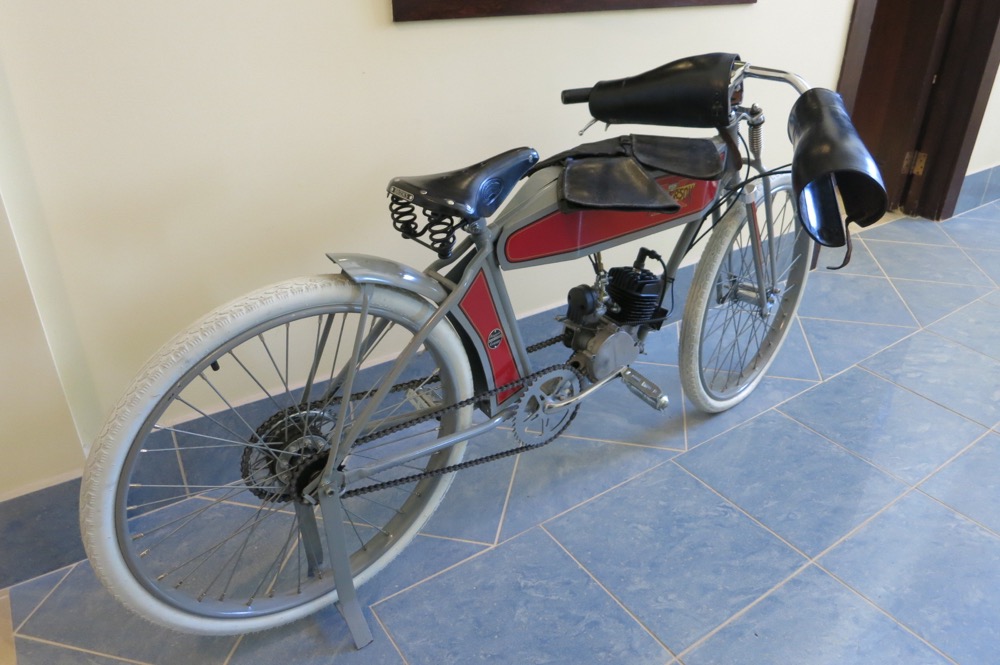 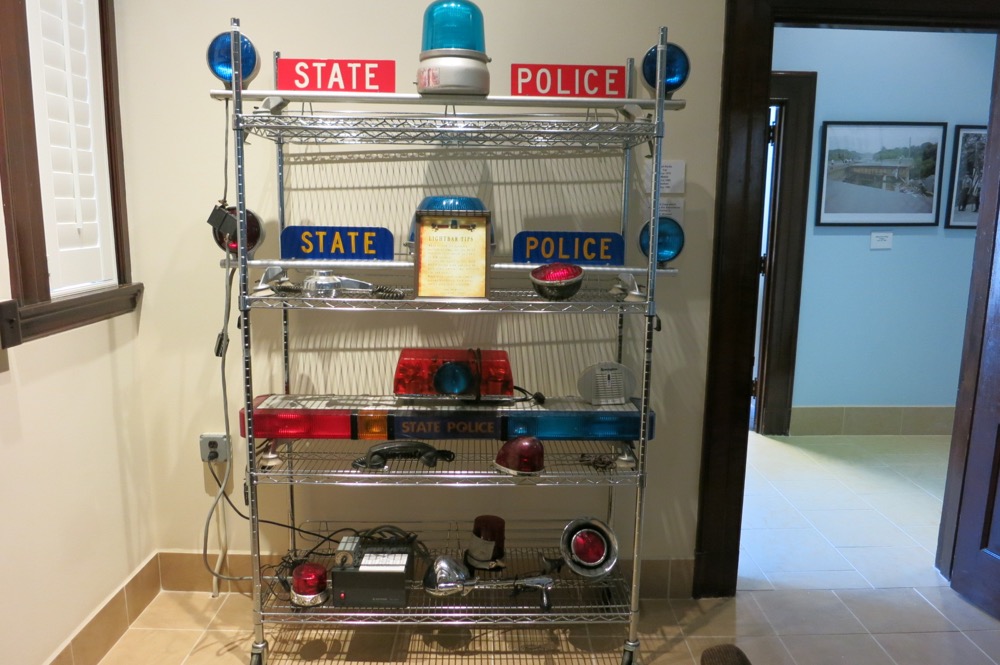 I could never be a cop and would never want to be a cop. As I said to a friend yesterday, I don’t want a job for which I’d need a gun as part of my daily routine. That’s just me and I’m okay with that. I’ve fortunately only had a few interactions with our state police, and they were positive.

The Connecticut State Police were one of the earliest state forces in the country and as I mentioned, were revolutionary in many aspects of law enforcement and organization. Gray Stetson hats off to them. See y’all at the next speed traps you never change – for which I thank you. 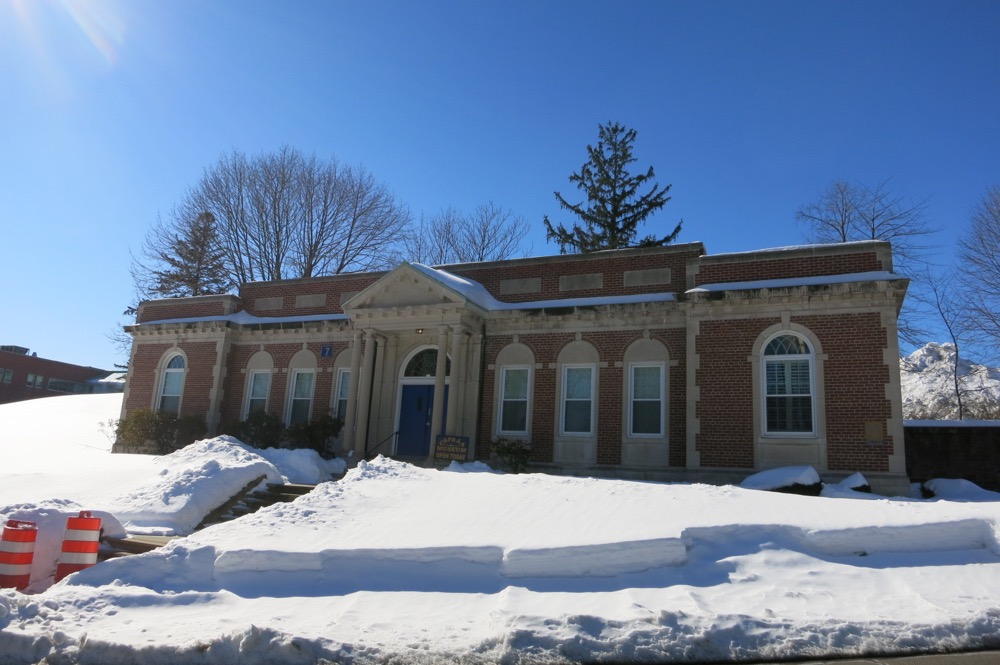